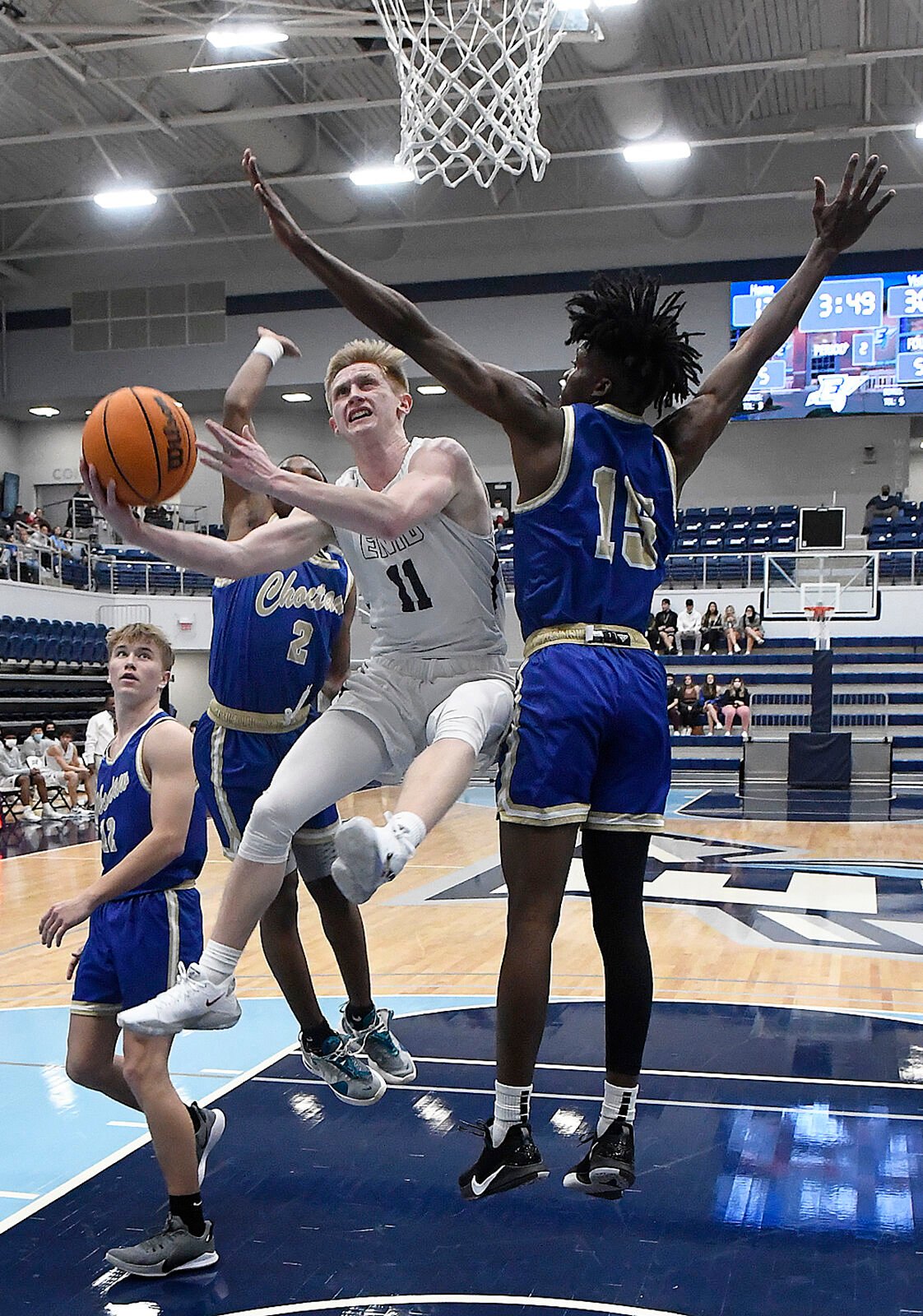 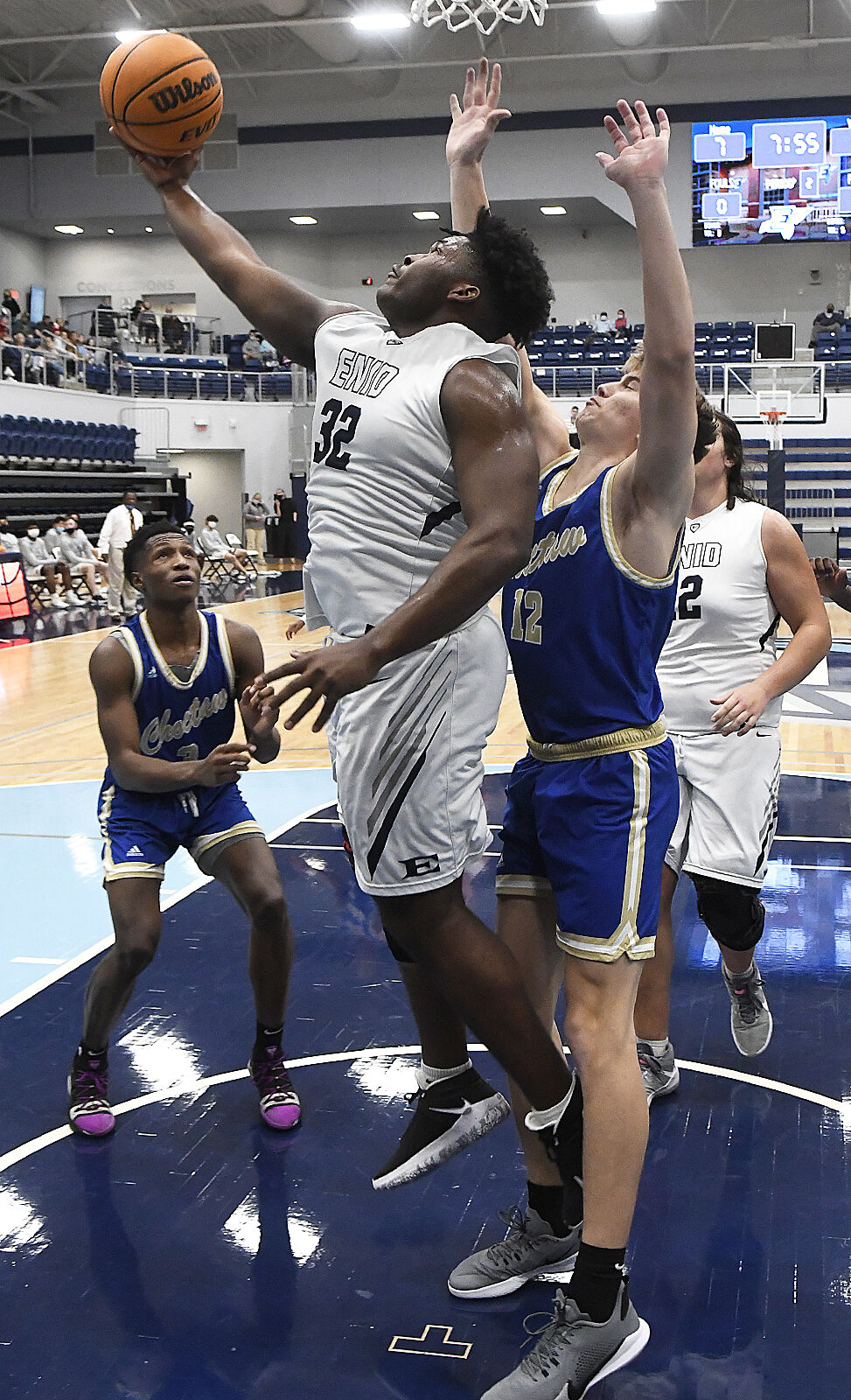 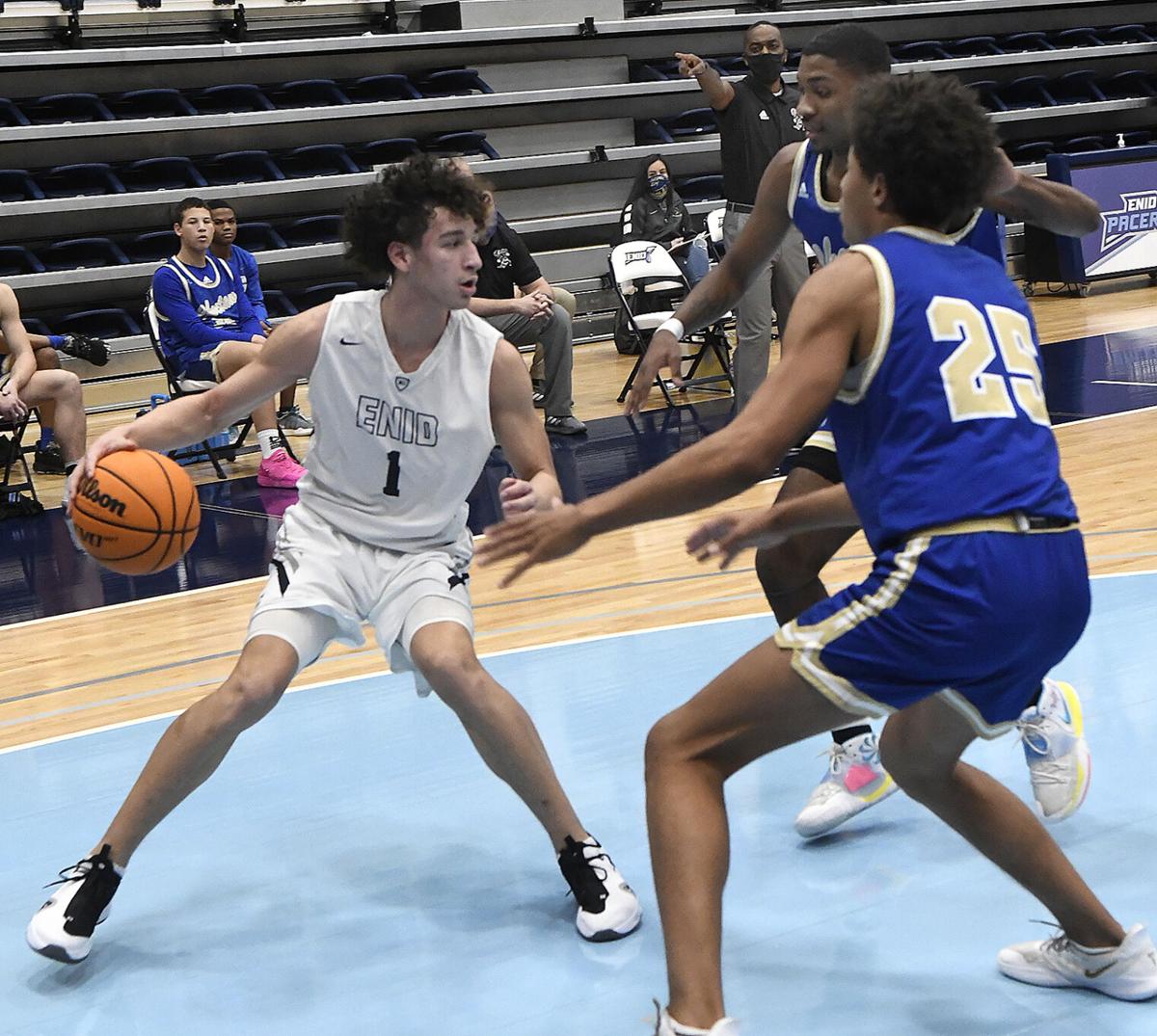 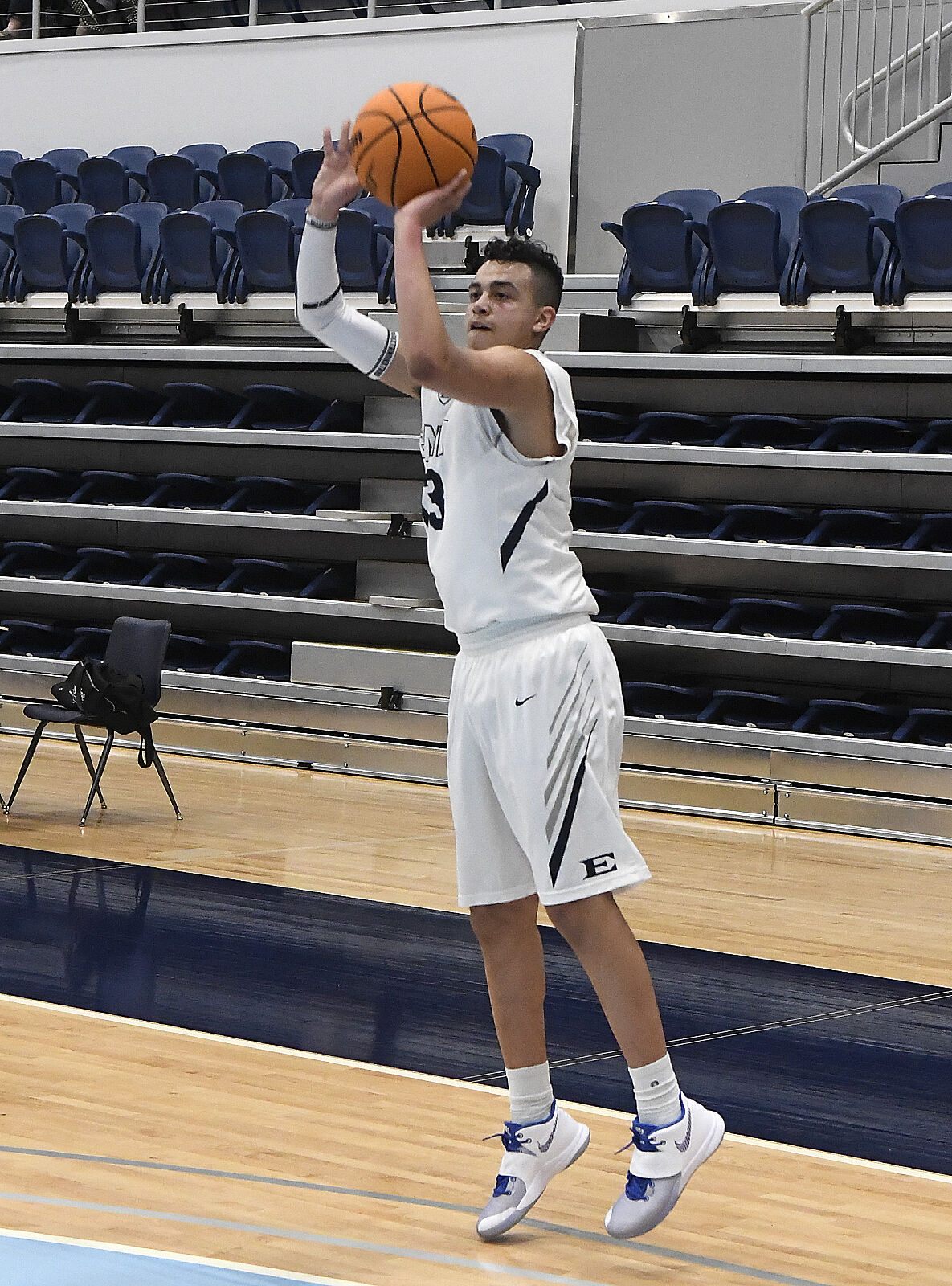 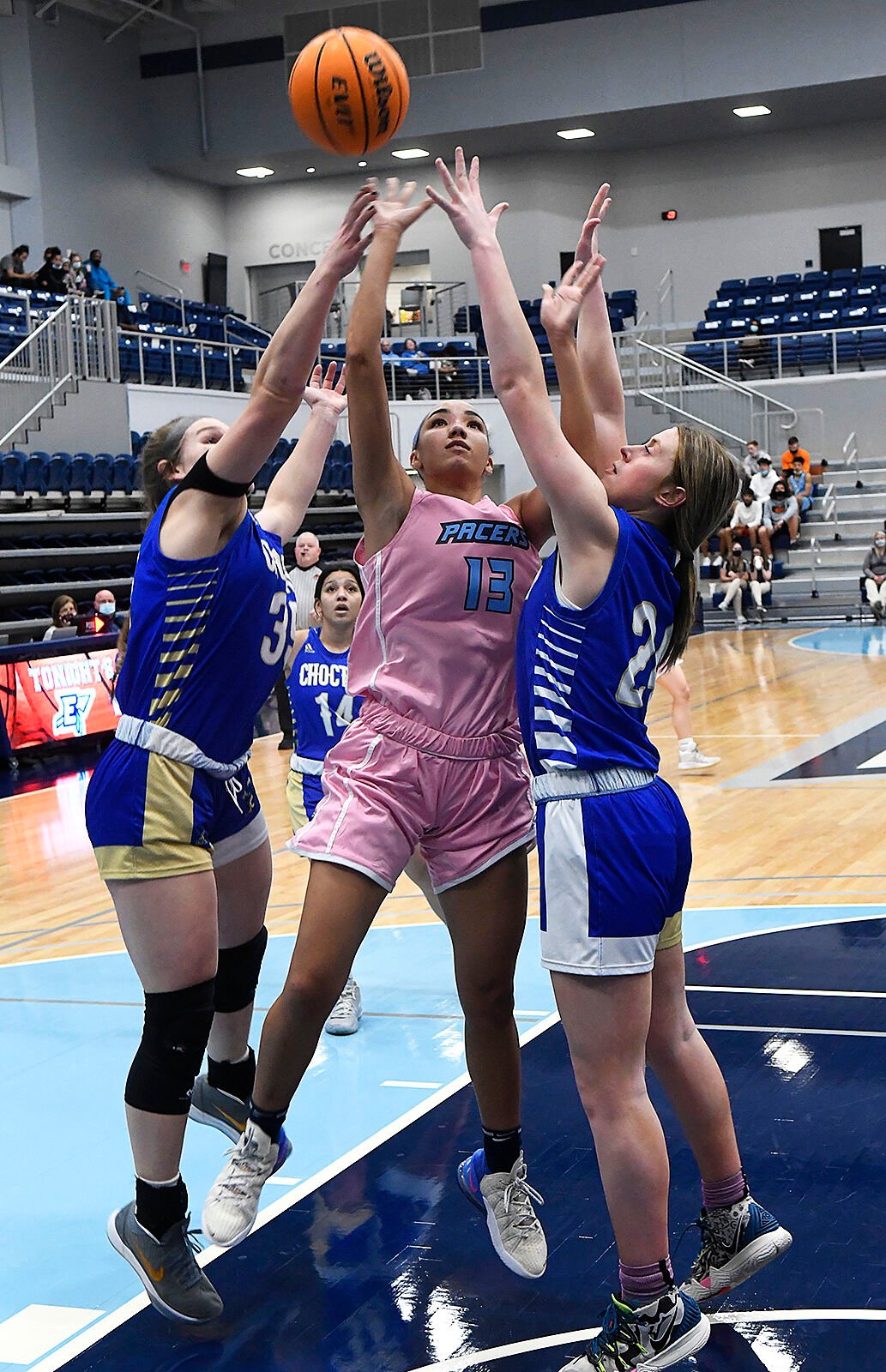 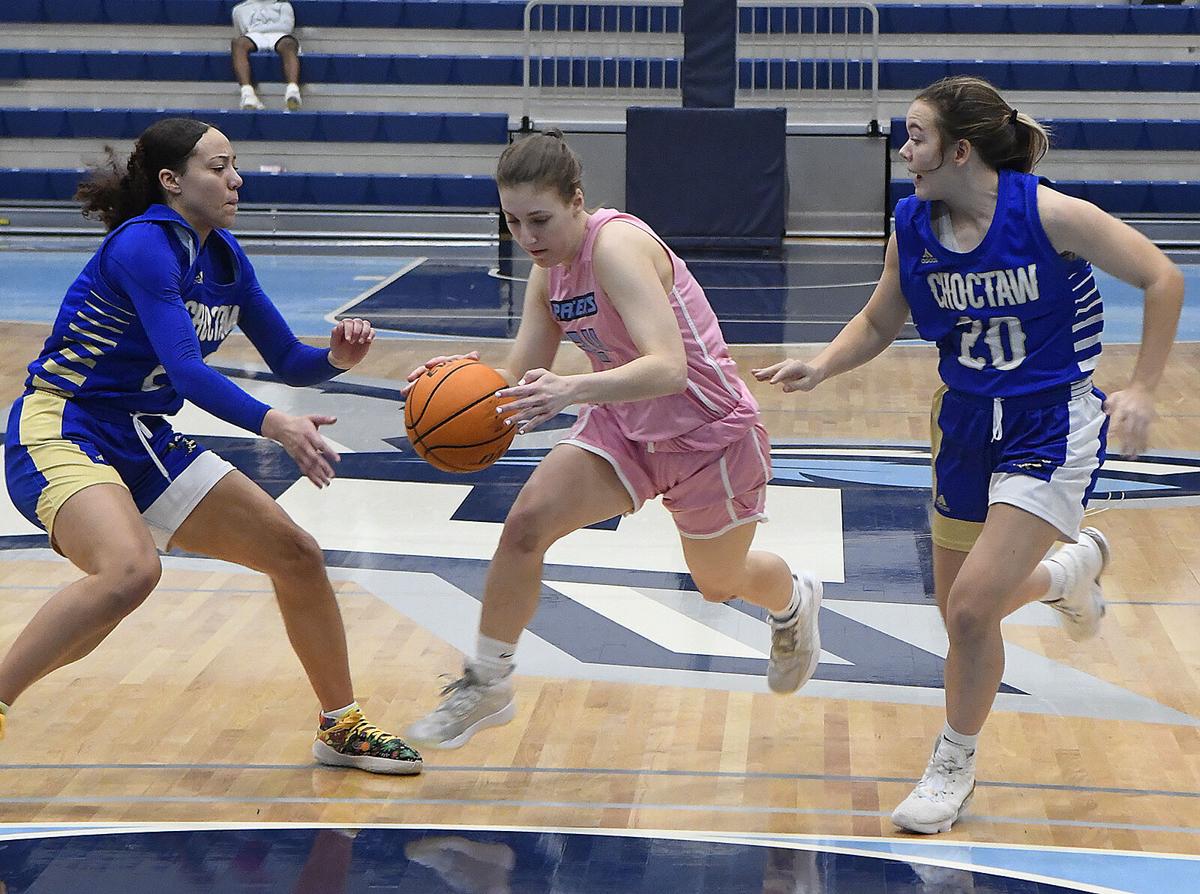 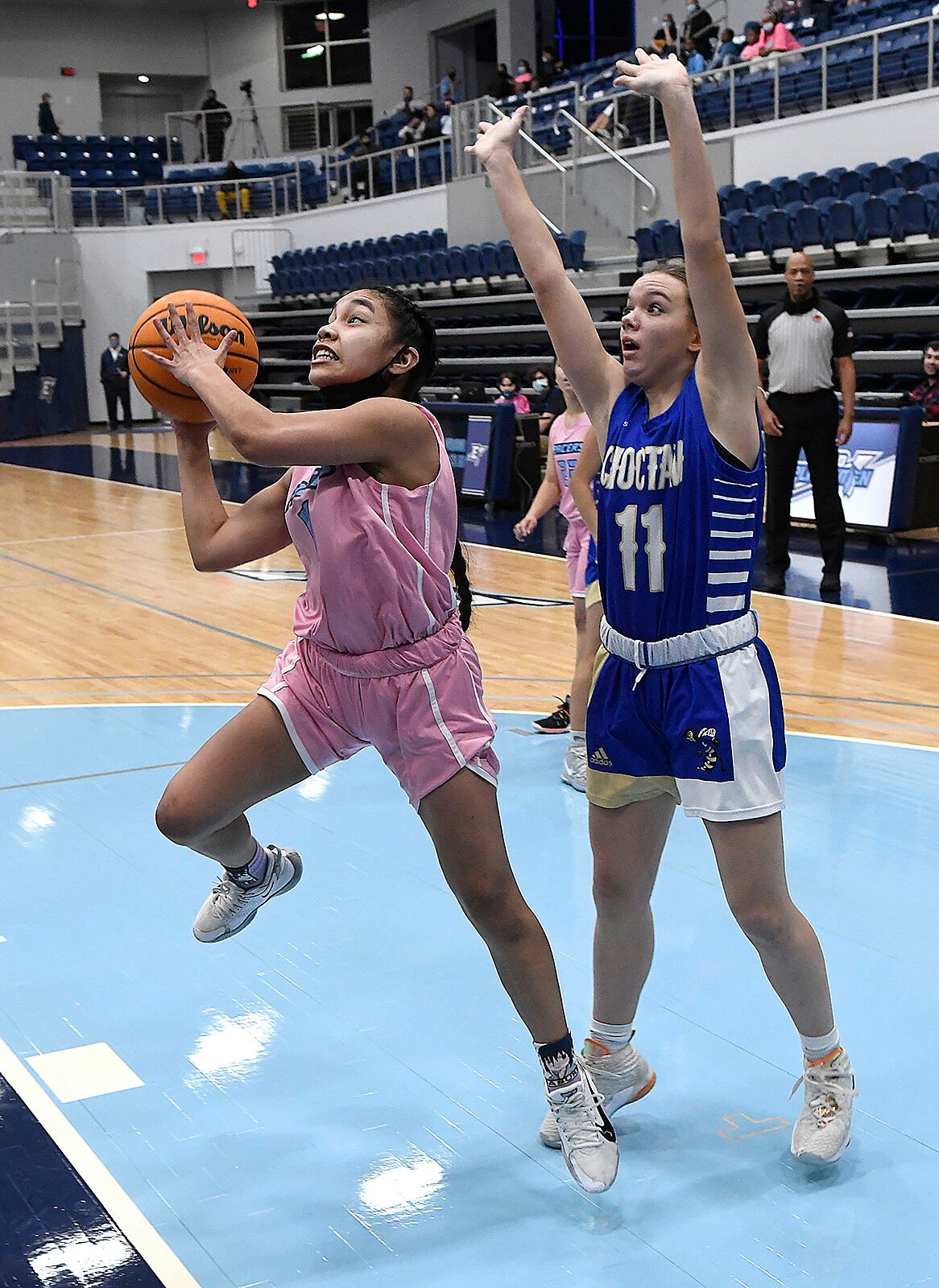 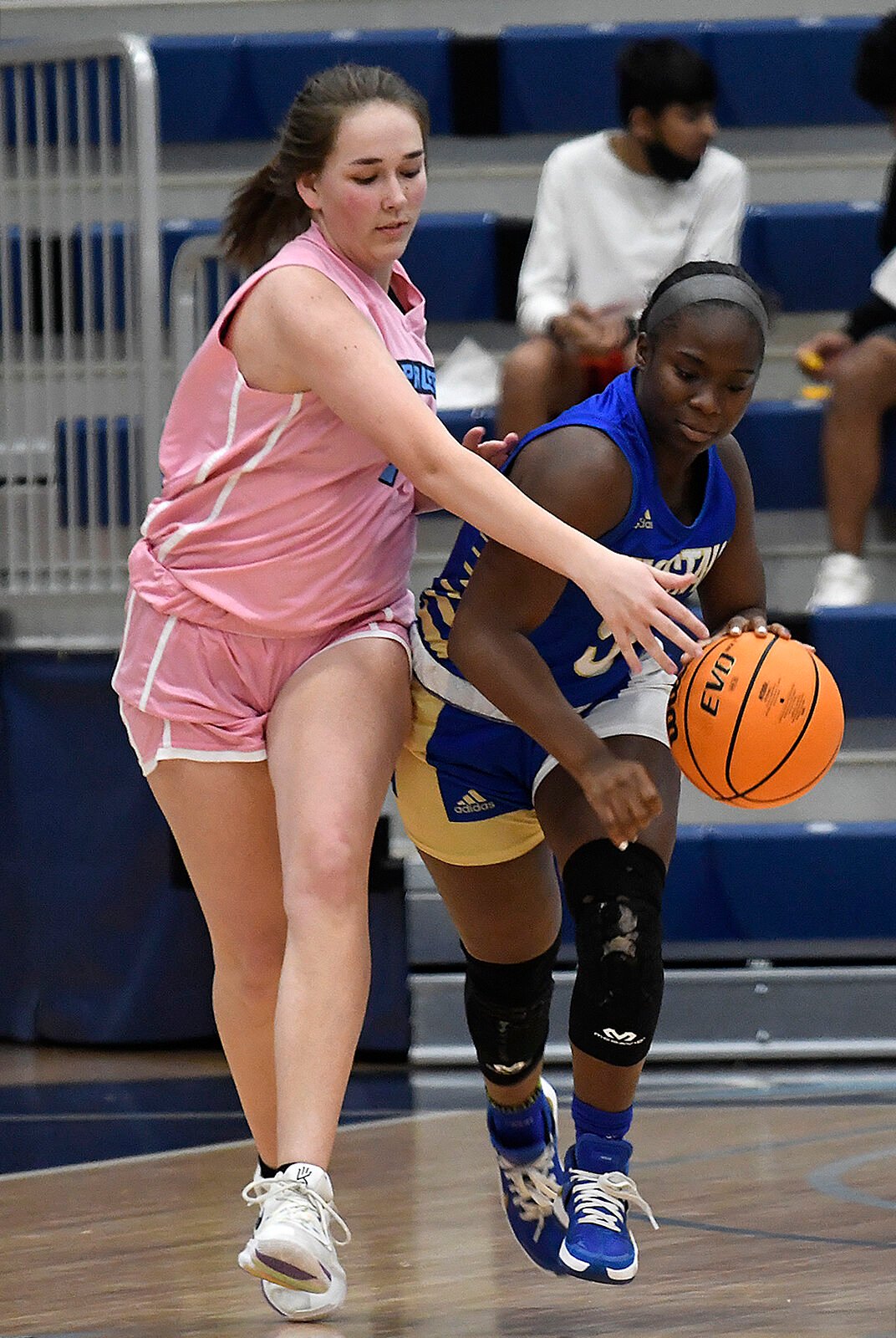 The Enid Plainsmen received a painful lesson in Basketball 101 in an 87-68 loss to No. 7-ranked Choctaw at the EHS gym Friday night.

The Yellowjackets were in command all the way, jumping out to an early 16-3 lead and never looked back. Choctaw scored 28 in the second and 30 in the third in scoring the most points EHS has allowed in a game this season.

“Choctaw is a pretty good ballclub,’’ said Enid coach Curtis Foster. “We’re fighting to get where Choctaw is.’’

C.J. Adams had 25 points to pace the Enid attack, but Choctaw answered with four players in double figures, including L.J. Gurley with 24 and Sean Franklin with 22.

“We will learn from this,’’ Foster said. “The things you get from this will make us a better team. Choctaw did everything with confidence. They trapped quicker than us. They went down the floor faster than us. You see them and you see how much further you have to go to get there.

“They were knocking shots down from the perimeter. We tried to put pressure on them, but they had a complete team on the floor against us. They were playing at a different level than us.’’

Confidence, Foster said, is one of the major differences between the programs. It was the fourth straight win for the Yellowjackets, now 12-4. Enid dropped to 5-6 and had a two-game winning streak broken.

“They played confident,’’ he said. “They played like they were right up there with the best teams in the state.’’

“We didn’t step out on the floor with confidence,’’ he said. “We shied away from them. We didn’t go out and play like we had a chance to beat a top-ranked team. We tried to measure ourselves against them.’’

Landry Harris had 19 points to join Adams in double figures.

“C.J. had a really good game and Landry stepped up when he had some open looks, but when it was a ballgame, we couldn’t get those shots to go down,’’ Foster said.

“We got the score down to 10 at one point (in the first half), but we just didn’t hit our shots. We’re learning that we have got to do things harder and faster and be tougher on the floor. We didn’t come out to with the confidence to stay at that level.’’

The Plainsmen host Putnam City West on Tuesday. The Patriots split their series with Choctaw.

“I told the guys we don’t have time to mope about this game,’’ Foster said. “We got to get out on the floor and compete. The same thing will happen if we’re not ready to play.’’

There was a little bit of good news for the Enid girls after a 74-34 loss to No. 4-ranked Choctaw.

The Pacers, playing their sixth game in an eight-day period, will have the next three days off until hosting Putnam City West on Tuesday.

“We have played a lot of games,’’ said EHS coach Nina Gregory. “I’m looking forward to not doing anything all weekend. I know I’m tired and I didn’t play a game. I told the girls to relax, eat good food and get plenty of liquids. It’s been a long and hard period for them.’’

The Pacers had three players out — two with concussions and another in quarantine. JV players Savannah Crawford and Kiara Morris played significant minutes.

“We can’t catch a break right now,’’ Gregory said. “I thought Savannah and Kiara did well. We’re asking a lot of them because they haven’t played a lot of varsity minutes. They did what we needed them to do. COVID gives you an opportunity you didn’t have before. They took advantage of it and I’m proud of them.’’

Choctaw led 22-6 after the first period and 44-14 at halftime. Eleven different players scored for the Yellowjackets with Mya Purifoy leading the way with 13 points. Enid did outscore Choctaw, 12-10 in the final period.

“We got in foul trouble early,’’ Gregory said. “The kids were a little frustrated early, but in the second half they relaxed a little and got into rhythm. It was a little bit late, but we played hard. Again, it was our sixth game in eight days. We are tired.’’

Lanie Goins and Claire Dodds each had nine points for the Pacers. Dodds hit three threes — one each in the first three quarters. Goins had seven of her nine points in the fourth quarter. Mary Isbell hit two threes.

“They are one of the best teams in our conference,’’ Gregory said. “They always have been a great team and they have a great coach. They are always on.’’