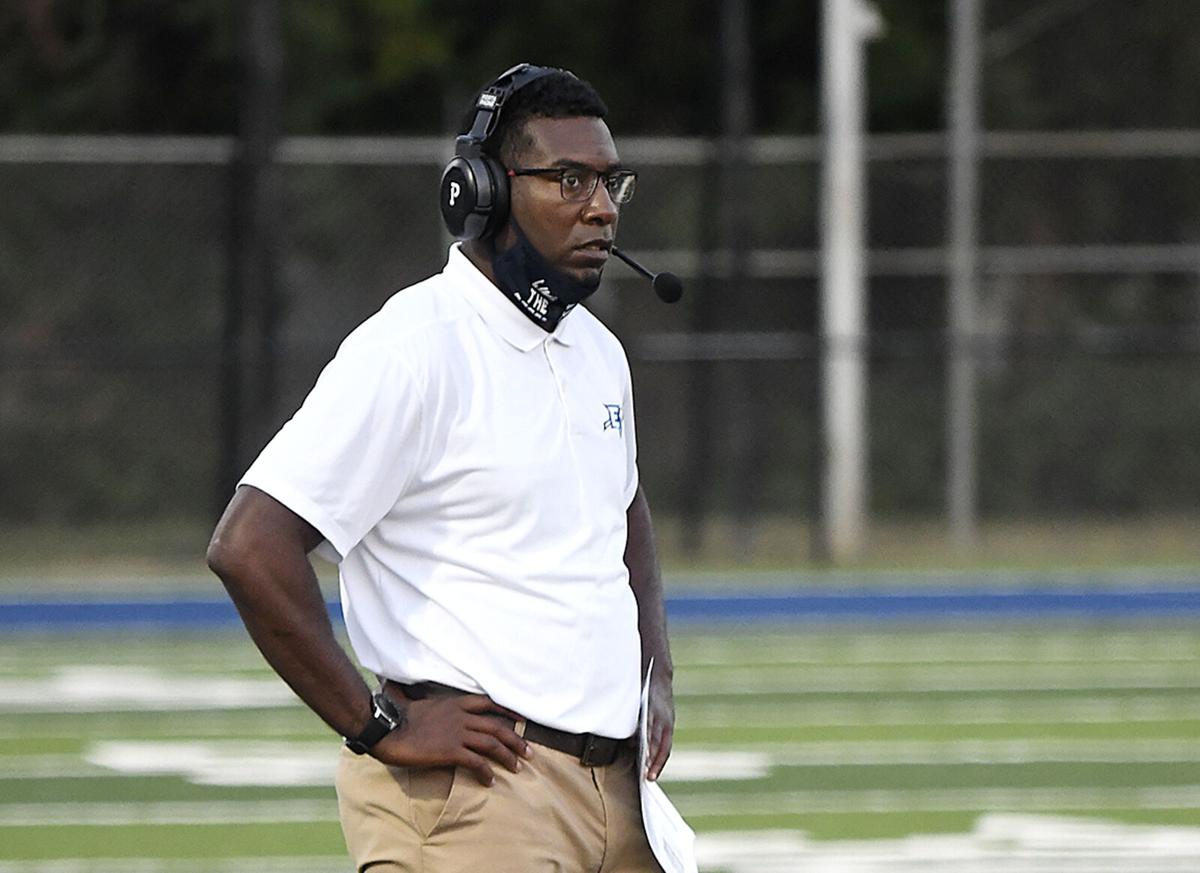 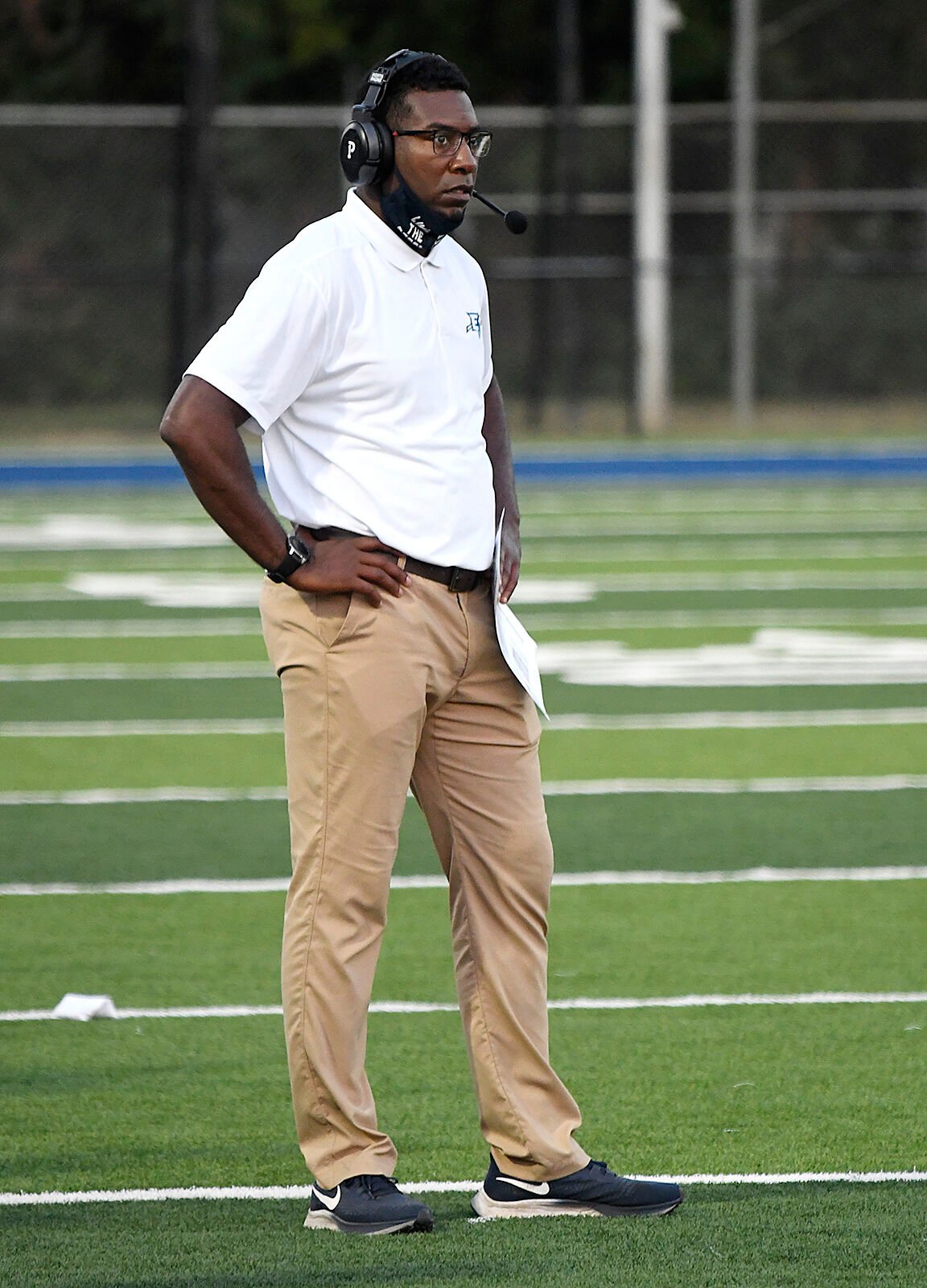 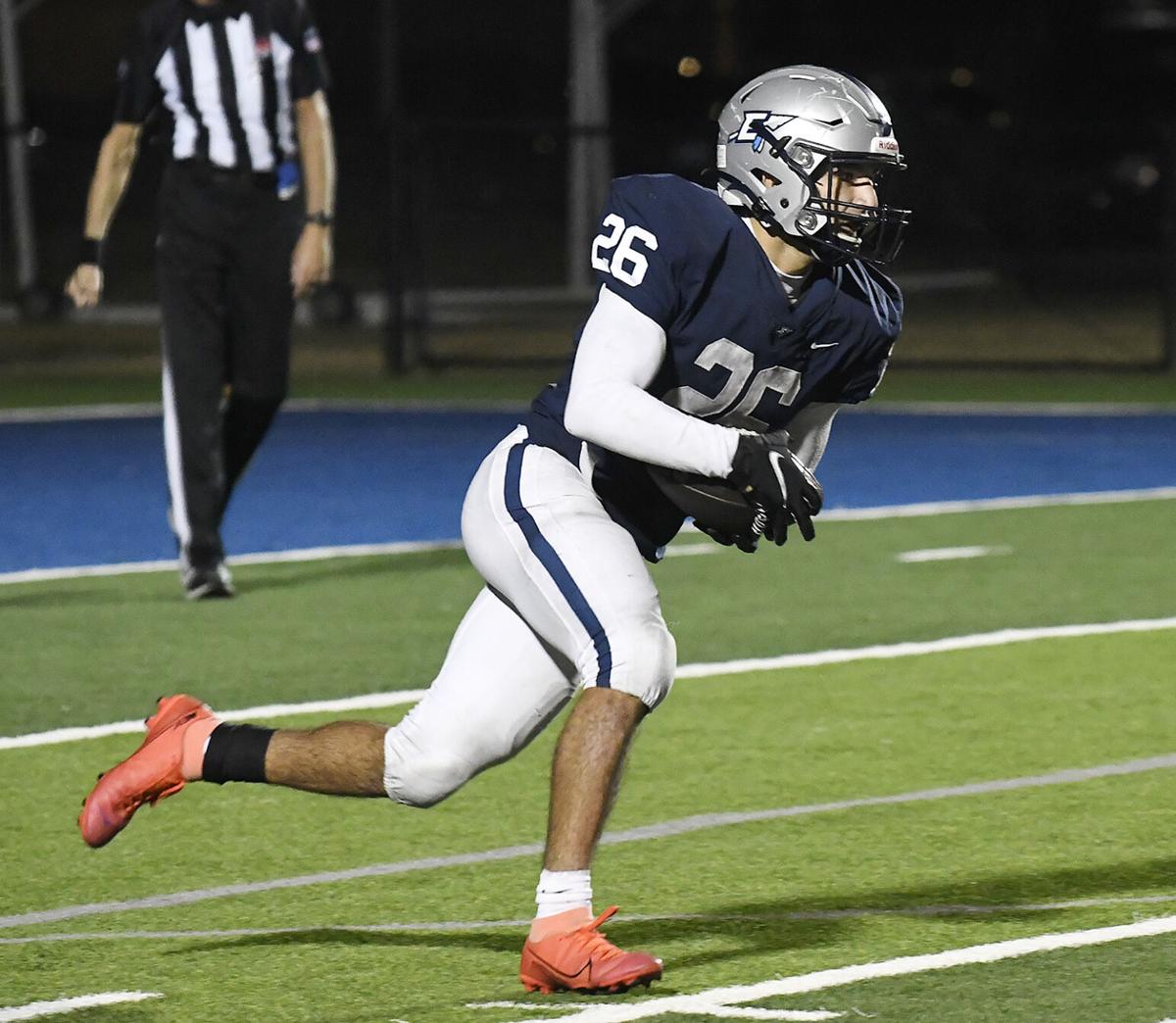 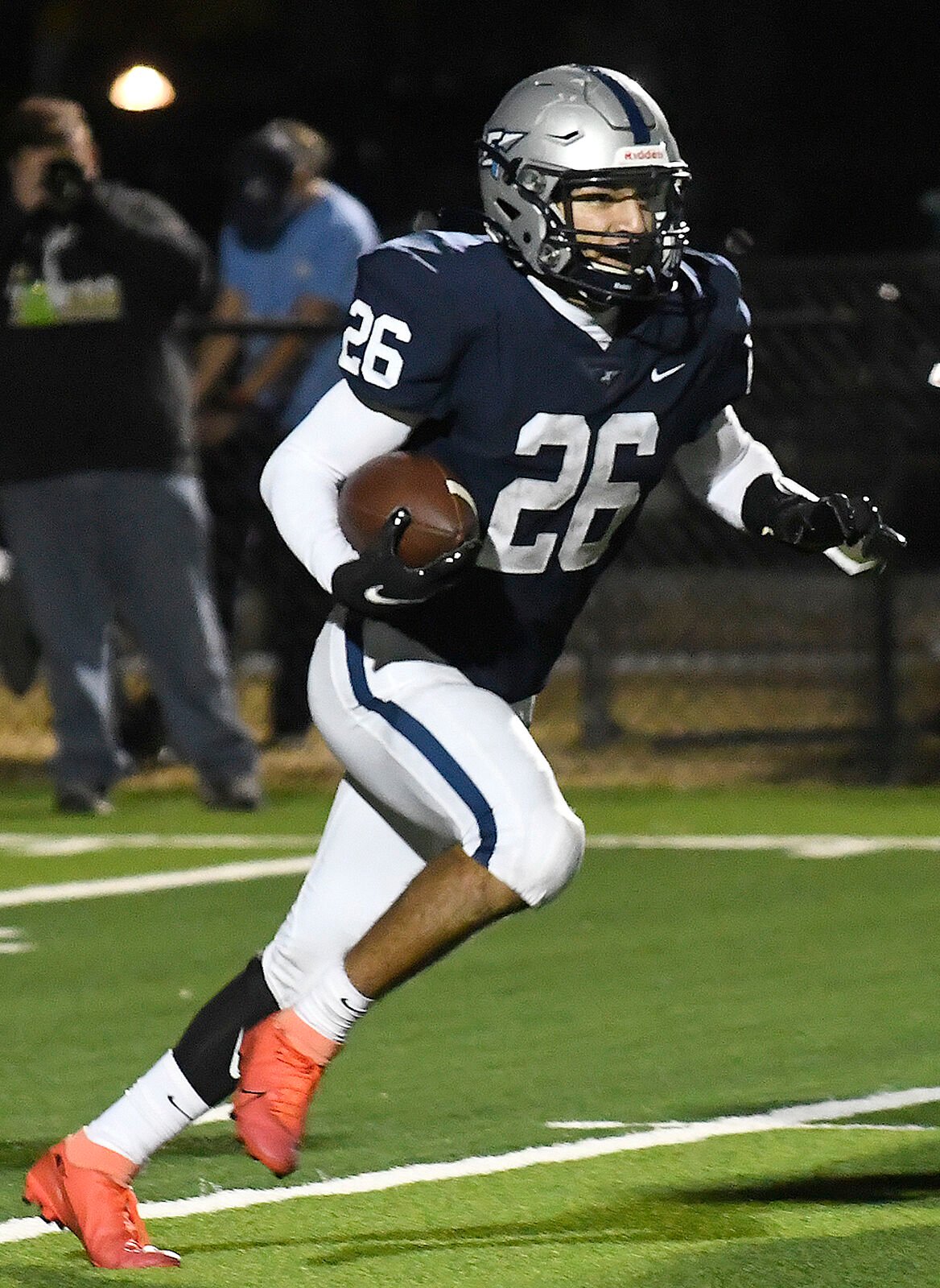 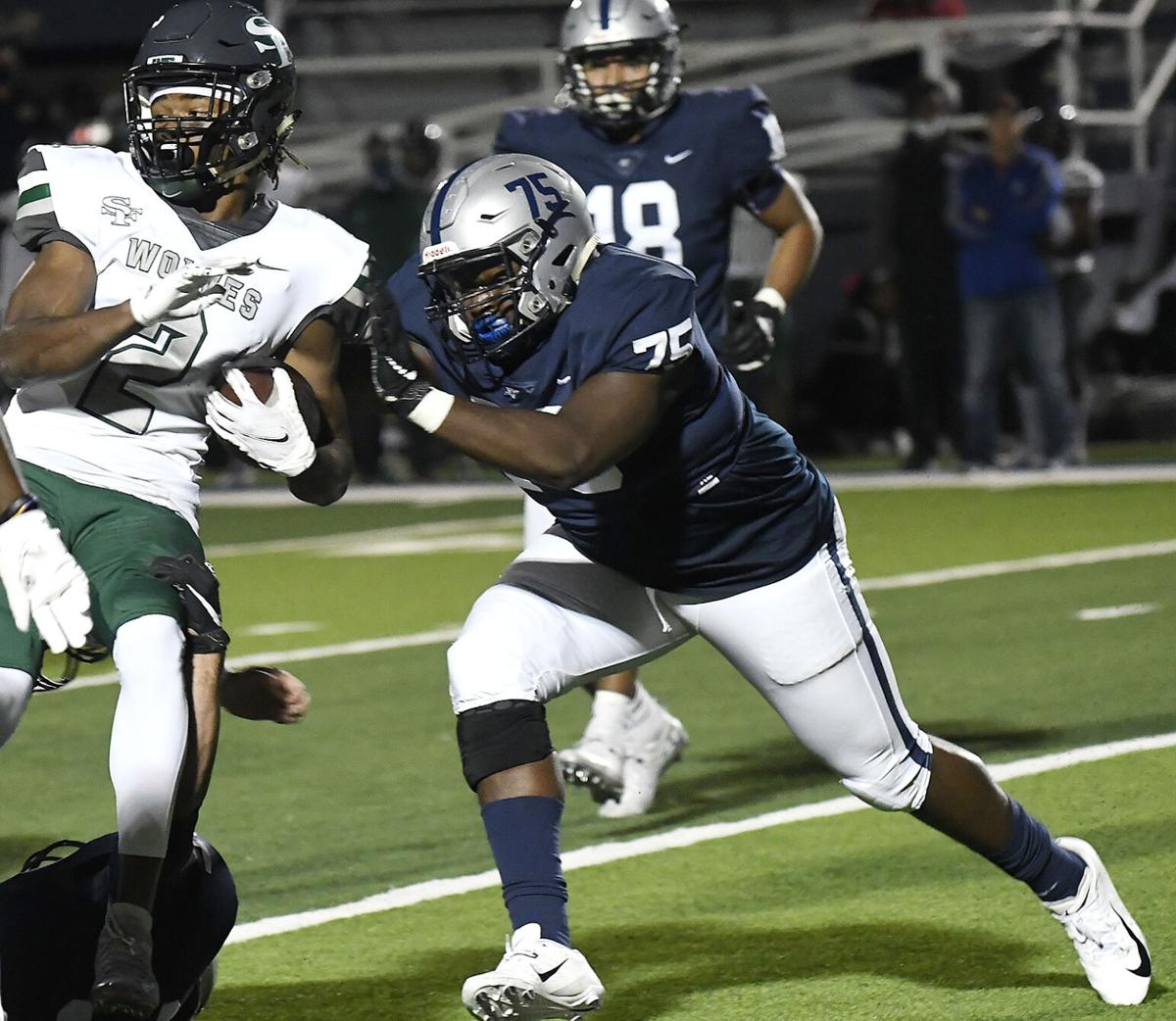 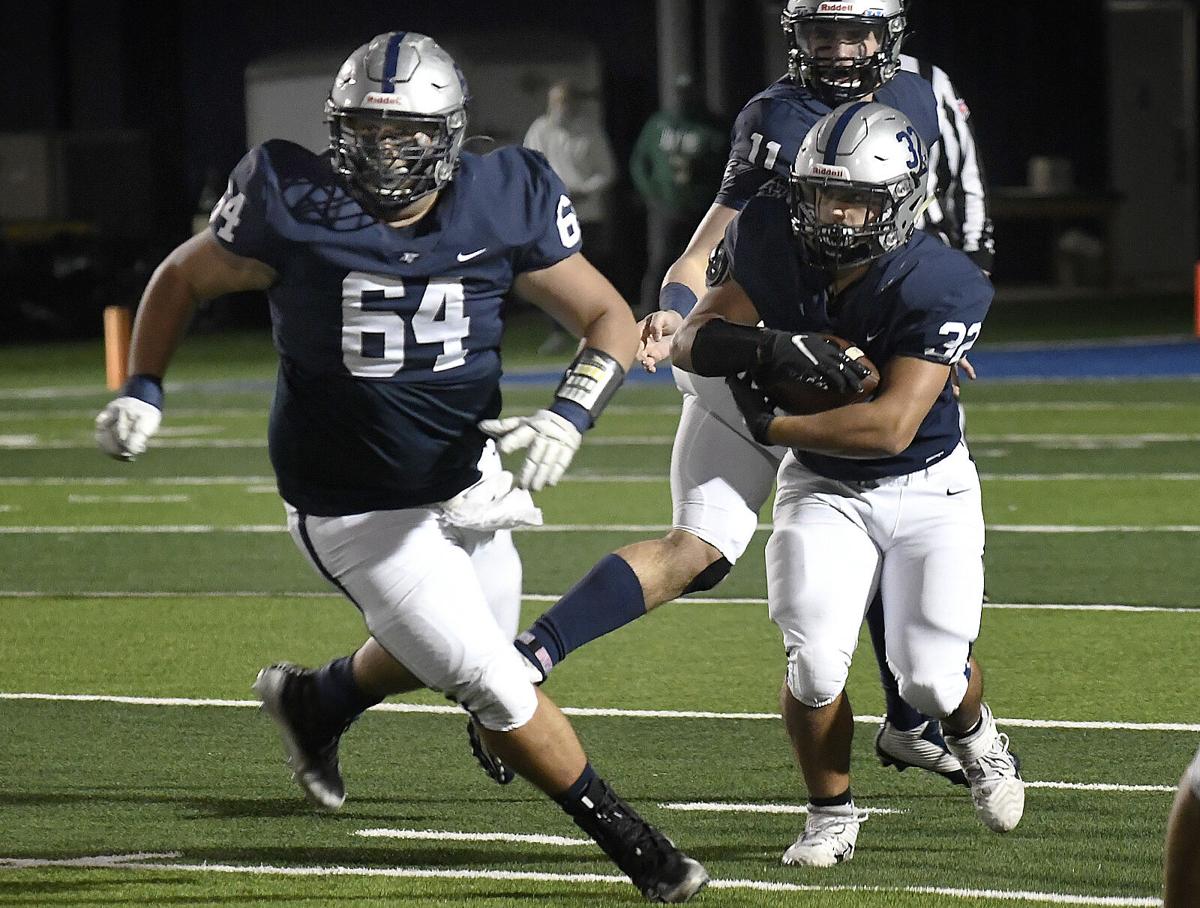 The Enid Plainsmen football program made several positive strides this season and it didn’t go unnoticed by District 6A1-1 coaches, who voted second-year Enid head coach Rashaun Woods as its coach of the year.

In addition to Woods, 12 Plainsmen players were recognized by the district coaches, including four being selected first-team.

Woods said being selected district coach of the year was especially meaningful coming from his peers.

“It means quite a bit because I was nominated by the other coaches in the district,” he said Wednesday. “Because those guys, they see, they understand what the job entails and they were really impressed with the progress of our program.”

On the surface, the progress may not be immediately obvious for a team that went 3-7. While sometimes numbers can give a false impression, in Enid’s case the numbers don’t lie as there was significant improvement across the board.

The three wins were the most by Enid since 2017. The Plainsmen went 0-10 last season in Woods’ first year, playing in what many consider the most difficult of the two districts in the highest classification. Enid also claimed its first district win since 2017, defeating Edmond Memorial 20-7.

“To be competitive in this league is no small feat and we were able to compete in every game pretty much this year except the last playoff game,” Woods said.

The numbers again tell the story.

Last season, the Plainsmen averaged scoring only 8.2 points per game, while giving up a staggering 46.2 points per game. In the 2020 regular season those numbers dramatically improved with Enid averaging 23.8 points per game on offense and surrendering a very respectable average of 27.8 points on defense.

Quarterback Blake Priest passed for 1,884 yards, completed 52.5% of his passes and had an impressive 17-7 touchdown to interceptions ratio. “He did some really good things this year,” Woods said regarding Priest.

Those rushing numbers led to Villa being selected the district’s co-offensive back of the year, along with Broken Arrow’s Sanchez Banks.

Villa accounted for 75% of Enid’s rushing touchdowns, crossing the goal line nine times. In addition to his team-leading 627 yards rushing, Villa also had 10 receptions for 95 yards and two touchdowns.

“He had a really good year,” Woods said regarding Villa. “I am going to miss him in particular because he plays so hard and does so many things for us. He’s been really good.” Villa also handled punting duties for the Plainsmen.

C.J. Adams was named district co-defensive tackle of the year along with Edmond Memorial’s Devon Polley. Adams was a force this season with 85 tackles, four sacks, six tackles for loss as well as blocking a punt and recovering a fumble.

“He made one of the bigger jumps from his junior year when his knee was bothering him quite a bit,” Woods said of Adams. “This year he became a team captain, not missing a day. He ended up having to come in for an injured offensive lineman and playing both ways and was in good enough shape to do it. He was effective wherever we put him and had a tremendous, tremendous year.”

White is probably best remembered this season for his 107-yard pick-six against Edmond Memorial, which set a new Plainsmen record for longest interception return, eclipsing the previous mark set in 1964. White earned a reputation as a playmaker, which he backed up by recording five interceptions, 12 pass break-ups and 55 tackles.

“He battled through injury and was our best cover guy,” Woods said. “He battled through hip flexor issues throughout the season and was still able to perform at a high level. He constantly had to go up against the other team’s best (receiver). That’s not easy considering he had to defend against three or four Division 1 receivers in our league. He was able to slow those guys down and that’s just a hard task to be able to do that. He’s a guy who just flat-out played hard and really had a great year.”

Like White, Gamble also battled injury issues this past season, but never missed a beat on the offensive line.