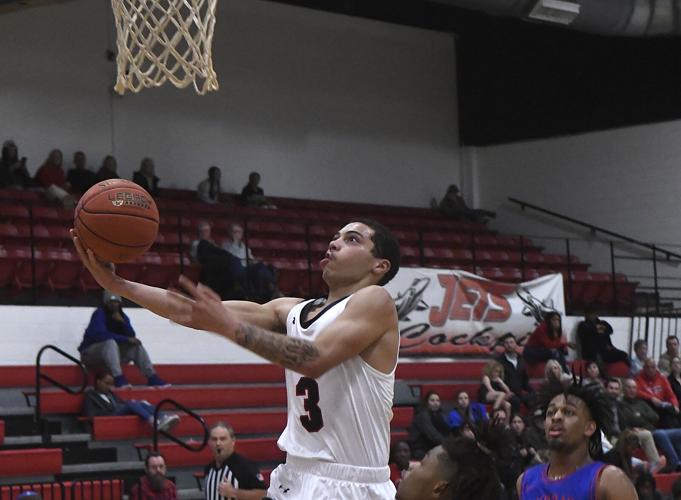 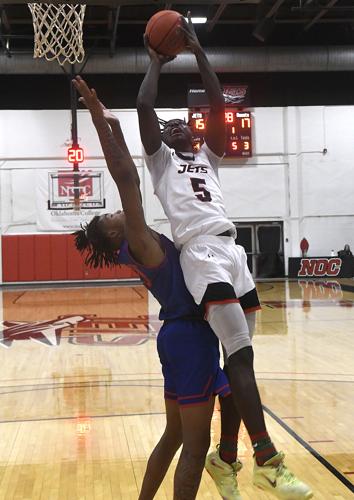 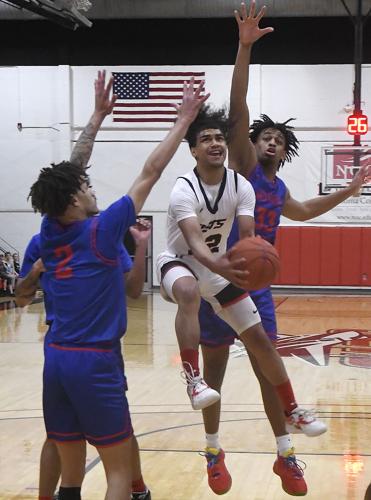 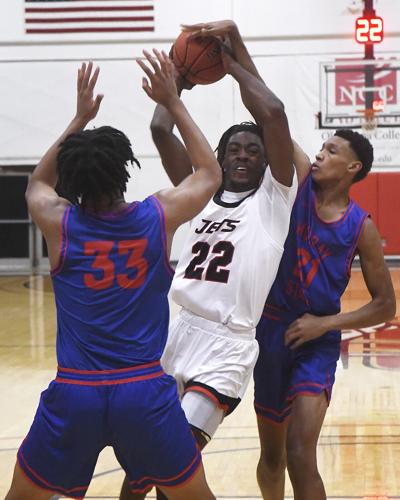 NOC Enid kept its undefeated conference record alive Monday at the Mabee Center with a 68-60 win over Murray State.

Jackson-Curvey had six points on three of five shooting and Andrews had 15 points and five assists.

“They had extra motivation,” said NOC Enid coach Chris Gerber. “They were able to keep their head and do good. It was a big moment for them and I’m happy for them.”

The Jets came our firing, leading 6-3, before forcing Murray State to use its first timeout of the game, 4:07 into the first half.

NOC Enid tied the game again, but Murray State took a 31-30 lead into the locker room.

“The last game before the break is always a scary one,” Gerber said. “As soon as we settled in, we were fine. I’m just glad we were able to settle in.”

One of Jordan Thompson’s two three-pointers of the night put NOC Enid up 44-43 with 11:45 left and gave energy to the Jets.

Thompson wasn’t the only one to fuel the Jets though. Sophomore Chris Wiseman had a pair of energetic dunks late in the game to get the NOC Enid bench jumping.

“Without C-Dub (Wiseman) to start the game, we would have come out even flatter,” Gerber said.

Wiseman did all that in front of his family, including his mom, who were at their first games of the season

“I think it means everything for him to have his family here,” Gerber said of Wiseman. “He is a sophomore we had last year, so I’ve had the privileged of knowing him and his family. They are great.”

Wiseman finished the game with 13 points and six rebounds.

“This year I came out to a pretty slow start,” Wiseman said of his first few games of the season. “Being away from home, it’s pretty hard to get adjusted to a different style of play. I’m glad my family came. My mom had a lot of energy and I played hard for her.”

Wiseman is originally from Houston and plans to spend Thanksgiving back in Houston. His family is one of the things that motivates him, eight hours from home.

“It’s pretty hard,” he said of being so far from his family. “Being worried about the family is what keeps me going. I know I have a job to do here. I have to thug it out for my teammates. We all show up and play hard.”

NOC Enid is 6-3 and undefeated both in the conference and at home. The Jets travel to NOC Tonkawa next Tuesday.