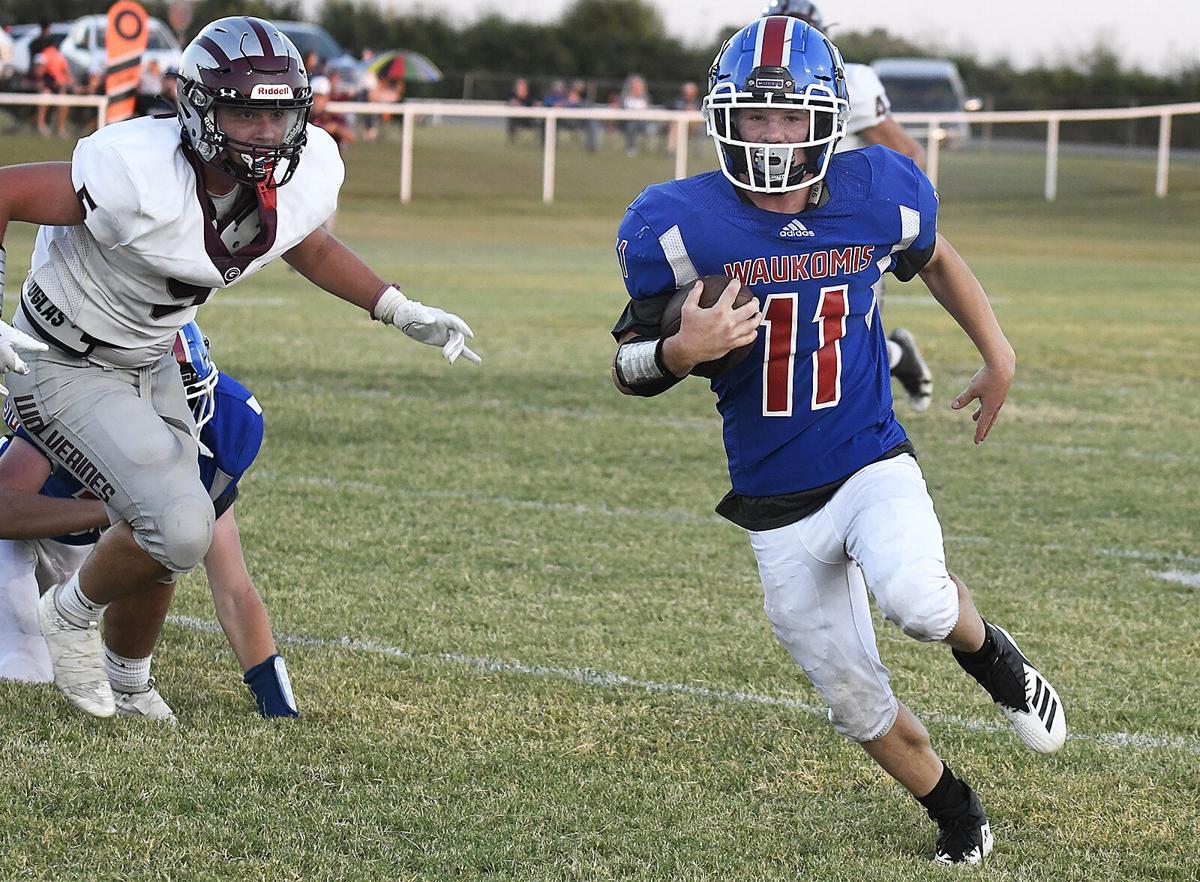 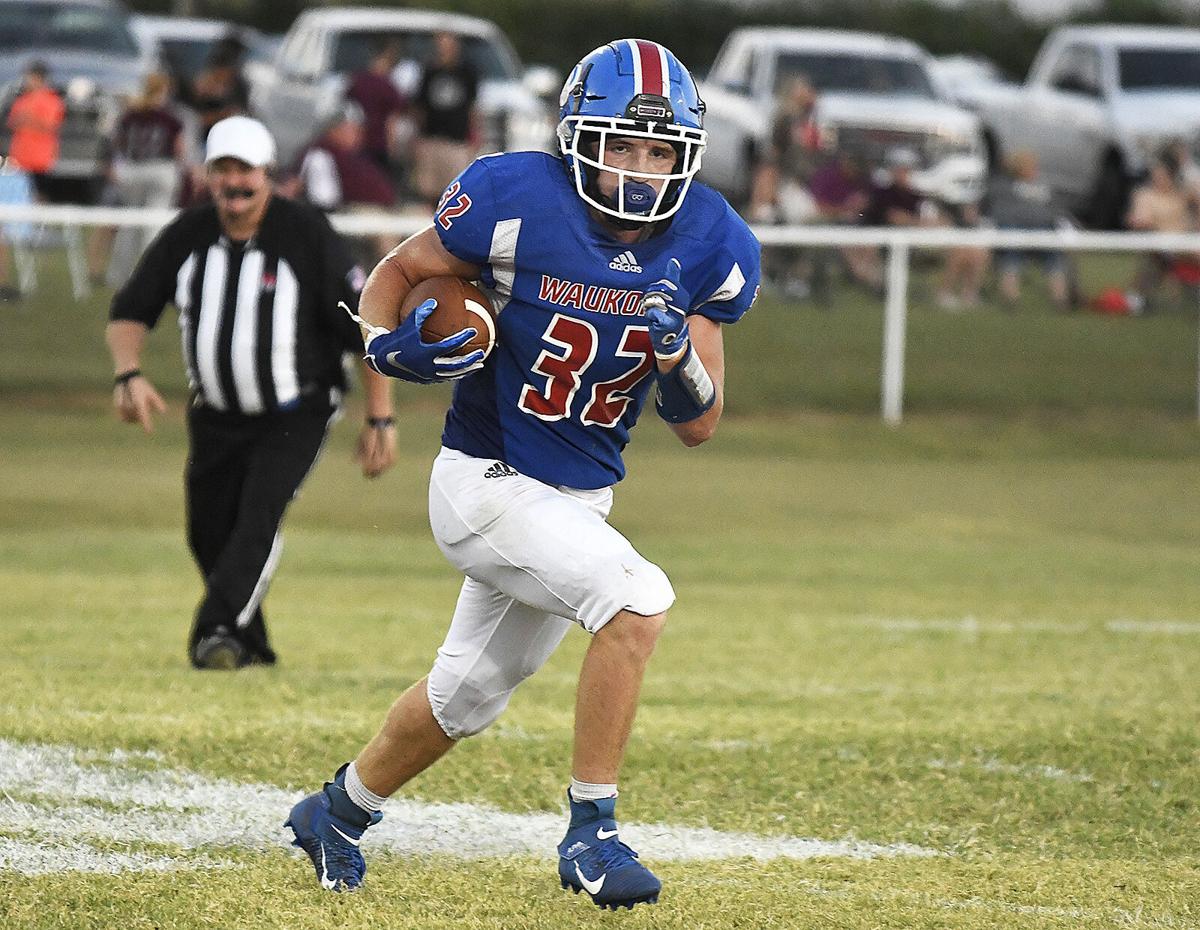 As one of the most unusual prep football seasons comes to a close it’s reassuring to know that some sense of familiarity and normalcy is greeting the conclusion of the season.

While games were canceled or rescheduled and playoff structures changed due to the impact and resulting reactions to COVID-19, that didn’t lessen the efforts of the young athletes who competed. That is reflected in the postseason district awards that recognize their contributions during the 2020 season.

The recently announced District B-2 awards demonstrate just that and include a pair of Waukomis Chiefs on the first team.

Key to Waukomis’ effort this year were district first-teamers, running back Ricky Woodruff and linebacker Wyatt Felber. In addition, Cooper Wieden is one of six district players selected to the 8-man All-Star team.

Woodruff was a force not just on offense but special teams this year for the Chiefs.

Woodruff rushed for 1,058 yards and 9 touchdowns and passed for 161 yards and another touchdown. He also returned two kickoffs for touchdowns, averaging 19.6 yards per return and added another 119 yards in punt returns. Woodruff had 1,849 total yards this past season.

Felber recorded 60 total tackles this season, including three sacks, which tied for the team lead with Tyler Vanover. He also was credited with one forced fumble and one fumble recovery.

Wieden had 27 total tackles this season and a forced fumble despite missing the entire district portion of the season due to injury.

Cherokee’s Damien Lobato was selected District B2 MVP. Lobato was a key factor in the Chiefs’ going 8-2 this season and claiming a district title.

Lobato rushed for 945 yards ­— averaging 8.5 yards per carry — and 9 touchdowns. In addition to being Cherokee’s leading rusher, Lobato also had 116 yards receiving and a touchdown.

On the defensive side of the ball, Lobato had 73 total tackles and five quarterback sacks. He also was named to the 8-man All-Star team.

James had 77 total tackles and 844 total yards in offense, including 674 yards and seven touchdowns rushing.

Reeves led the Chiefs with 79 total tackles and was credited with 1.5 sacks and had two interceptions.

Pond Creek-Hunter’s John Theophilus was named the B2 defensive MVP and named to the 8-man All-Star team. Theophilus led the Panthers this past season with 89 total tackles, including four tackles for loss.

Joining his Panther teammate as an 8-man All-Star selection was Corbin Burnham. As the team’s signal-caller, Burnham passed for 1,572 yards and 11 touchdowns, completing 61.1% of his passes. He also led the team with 467 yards rushing and had five touchdowns. Burnham also excelled on defense, recording 65 total tackles and had a team-leading four interceptions.

Here are the complete first-, second-team and honorable mention District B-2 selections: