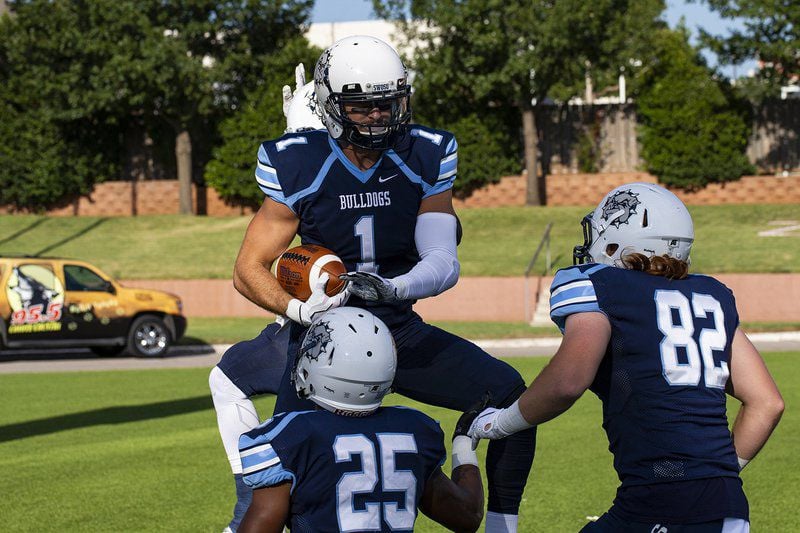 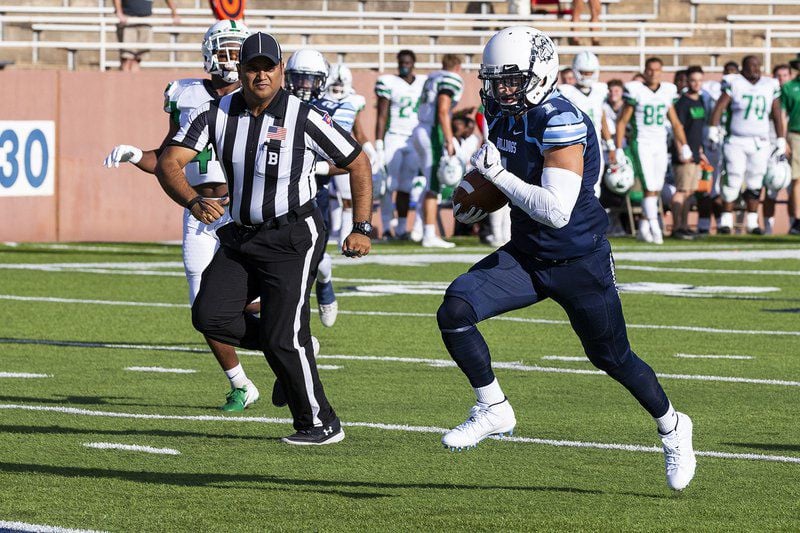 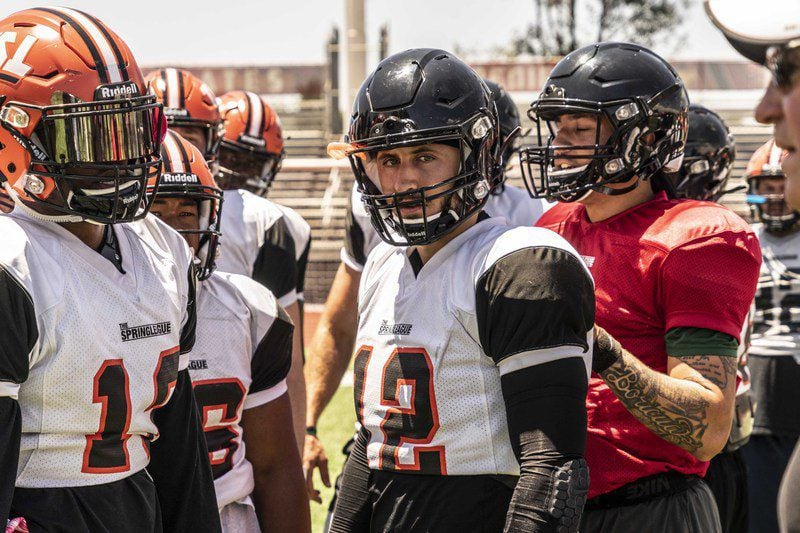 OKLAHOMA CITY — Joel Blumenthal retreats to his darkest moments when he needs to find the light.

Blumenthal, a Southwestern Oklahoma State University quarterback-turned-receiver, has always drawn his motivation from trying times. There’s no shortage to draw from, either.

“I want to draw from those negative experiences,” he said. “I look back and I take from those times that I felt the way that I did.”

Blumenthal isn’t afraid of looking in his past, no matter how frustrating the memories can be. It’s the fuel that keeps the engine running, and if he wants to land on a roster, he can’t afford to stop.

As a trainer and as a friend, Ector Becerra has known Blumenthal since he was 11 years old.

Every summer, Becerra worked to get Blumenthal prepared for the upcoming football season.

“The drive he has now is the same drive he’s had since he was 11,” Becerra said. “Sometimes, as (athletes) get older they tend to phase out. But Joel never did.”

Injury after injury ended seasons before they really even started and forced the Edmond native off the field. At Northwestern State University (La.), an FCS program, Blumenthal’s shoulder injury ended his sophomore season after just a few games.

Becerra worked with Blumenthal “nonstop” to get his shoulder right again, albeit with lingering pain and without full range of motion. Then, in his first game back, Blumenthal broke his little finger.

Blumenthal switched to receiver his final year and caught five passes for more than 70 yards and two touchdowns. With how little he played in college, it’s unlikely anyone outside of Weatherford had heard of Blumenthal when he first started training for the NFL.

That changed at Oklahoma’s Pro Day on March 13.

While training in Texas at the Michael Johnson Performance Center, another trainer and Oklahoma alum made a call to receivers coach Cale Gundy on Blumenthal’s behalf. A week later, Gundy reached out to Blumenthal and before too long, Blumenthal was working with Kyler Murray to build chemistry before the Pro Day.

“All the stars aligned,” Blumenthal said.

“I was actually really worried about the pro day showing because I didn't know what was going to happen,” Becerra said. “But he had a really good showing.”

Murray received the full attention of the national media, but Blumenthal did enough to get his name out there. It was a good feeling for him.

“But in my head, it could have gone better,” Blumenthal said. “I was injured. I didn’t even run as fast as I could have. But it was definitely something that I had prepped to accomplish because it was my only true opportunity for people to get to see me.”

More than four months after his breakout performance at Oklahoma’s Pro Day, Blumenthal found himself in Los Angeles, Calif. He was attending a showcase with The Spring League, a developmental league that holds practices and games in one central location for scouts, general managers and scouts to watch prospective talent.

For guys like Blumenthal, it was a good place to get some game film. In front of a crowd of mostly XFL reps, Blumenthal made plays and did so with a fair amount of pain. During the showcase, Blumenthal sprained his ankle. But there was no time to rest.

The pain this time around was manageable.

Blumenthal suffered plenty of injuries in his football career, but none were as painful as the one he suffered during rookie minicamp with the Kansas City Chiefs in May.

Unbeknownst to him, he arrived in Kansas City, Mo., with a partially torn plantar fascia ligament, which connects your heel to the front of your foot. He didn’t find that out until he got an MRI after the camp.

“As a receiver, all you do is start and stop,” he said. “There was literally nothing I could do but tough it out and go.”

When he stood, Blumenthal endured a throbbing pain. When he made a cut, the pain shot up his leg. To make matters worse, he was running in new cleats which left him with no support and most likely hindered him more than it helped him.

“After my first day, I swallowed my pride and went to the training staff,” he said.

They couldn’t fix the pain, Blumenthal said, only help to keep the swelling down and the dull the pain some.

“I was still able to go out there and make some plays and be productive,” he said. “But as far as being my 100 percent self, I was not.”

With the NFL preseason underway and the XFL draft in October, there’s still plenty of time and opportunity for Blumenthal to earn a roster spot somewhere. But first and foremost, his focus is returning to full health.

He’ll resume his life of training in Oklahoma City almost every single day. It’s a lifestyle that never gets old.

After all the hills he’s climbed and walls he’s hit, Becerra is proud to be by Blumenthal’s side.

“No man wants to be put through that and stay as strong as Joel has,” he said. “We’re pushing everything day by day and hope that we’re going to get one of these teams that just see a phenomenal athlete.

“I know he’s going to get a call. I just hope it’s sooner than later.”

Until then, Blumenthal will continue to push himself and fuel his work by recalling his darkest moments.

“I take back to those moments, those dark times, and I use that to keep me going,” Blumenthal said. “Now, this is the time when a lot of people might hang it up. For me … I’ll know when it’s time to hang it up.