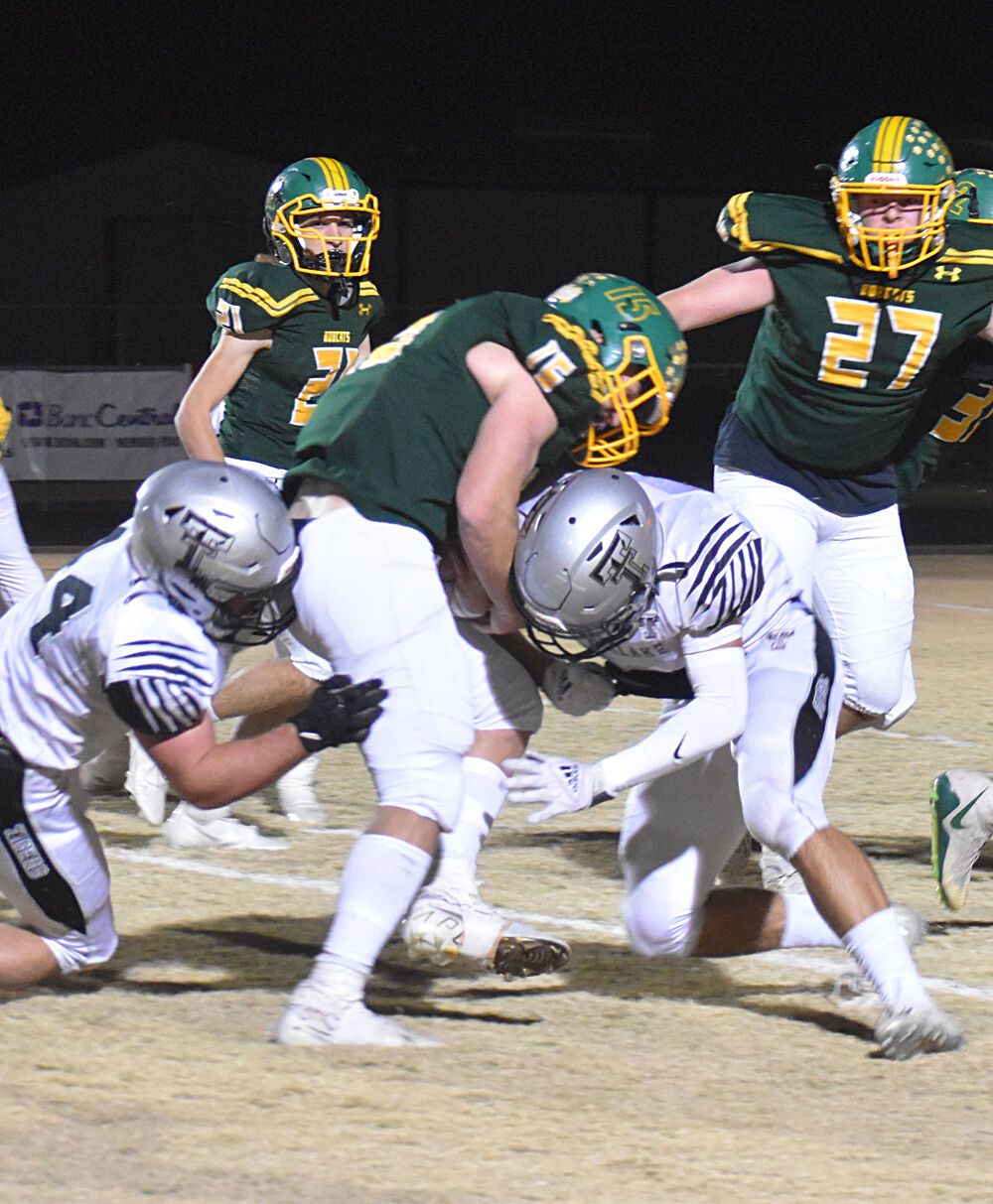 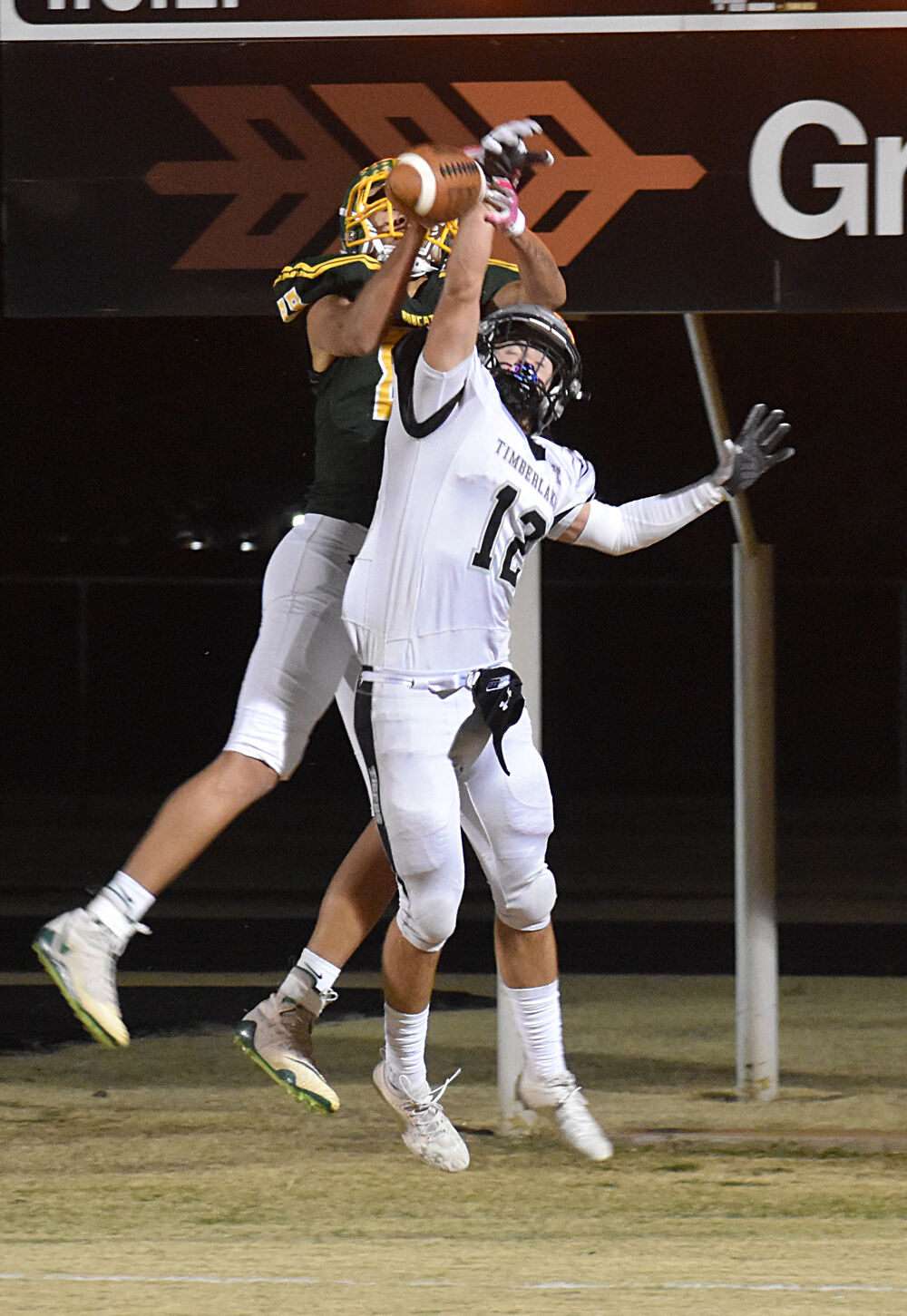 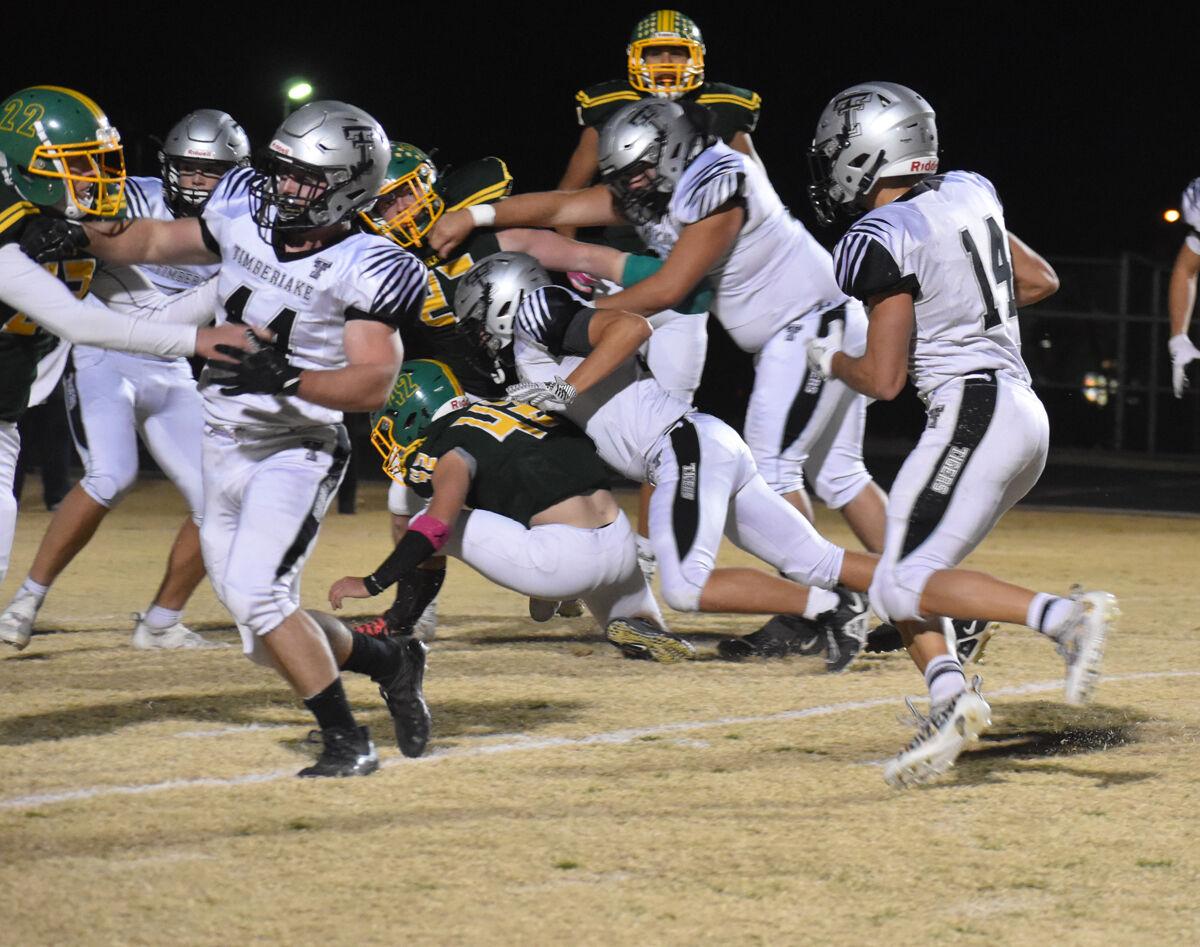 Timberlake’s J.J. Pippen cuts inside his blockers on a run against Tyrone in the first half on Friday, Nov. 26, 2021, in the Class C semifinal at Woodward’s Boomer Stadium.

Timberlake’s J.J. Pippen cuts inside his blockers on a run against Tyrone in the first half on Friday, Nov. 26, 2021, in the Class C semifinal at Woodward’s Boomer Stadium.

WOODWARD, Okla. — After nearly a year of waiting, the Timberlake Tigers finally got their revenge and secured a spot in the Class C championship game, steamrolling Tyrone 64-14 behind six touchdowns from J.J. Pippin.

The Tigers’ star running back played limited snaps in the team’s loss in the Class C championship last year, and he didn’t waste his opportunity Friday night.

The senior back scored three times in the first half, as the Tigers carried a 32-14 lead into the break.

Despite leading by three scores, the Bobcats had a chance to bring themselves back into the game after receiving the ball to start the second half.

Timberlake broke the game open in the second half with complimentary football from their offense and defense.

The Tigers’ defense held the Bobcats to nine yards of total offense in the second half, and allowed one first down.

Meanwhile, the Tigers offense hit a second gear coming out of the break, scoring five touchdowns to win the game by way of the mercy rule with seven minutes remaining in the game.

“The boys have just been looking forward to this game for a whole year,” Timberlake head coach Brian Severin said. “We kind of got embarrassed last year, and they had a little something to prove.”

Pippin scored four of his six touchdowns in the first half, and finished with 393 yards of total offense.

Pippin carried the ball 18 times for 300 and five touchdowns. He also caught five passes for 93 yards and a score.

“We knew last year with him being hurt kind of made the difference and we knew having a healthy J.J. tonight would make a difference tonight and it did,” Severin said. “He played well.”

Merric Judd led all receivers with six grabs for 126 yards and had three touchdown catches. His 40-yard score with just over seven minutes remaining gave the Tigers the 45 points they needed to end the game early. Judd also carried the ball for 68 yards and had a 57-yard touchdown run in the first quarter.

Severin said he was particularly impressed with his play on the other side of the ball.

“Extremely good athlete, he can catch the ball, but one of the things that people often overlook is he’s pretty good on the defensive side too.”

The one area of the game where the Tigers did struggle was on two-point conversions. They went two for nine on two-point tries with one of their two successful attempts coming from 8 yards out after being called for a false start.

Severin said the team’s playcalling could’ve been better on those attempts.

“We’ve got to work on those and we will,” he said. “We’ve got a list of plays that we usually go to on the two-point conversions. I didn’t go to them soon enough, next week I will. Next week I’ll do a better job.”

With the win, the Tigers will advance to meet Mount View-Gotebo (12-0), who defeated Waynoka 48-2 in their semi-final match Friday.

The Class C championship game site will be released by the Oklahoma Secondary Schools Activities Association over the weekend.