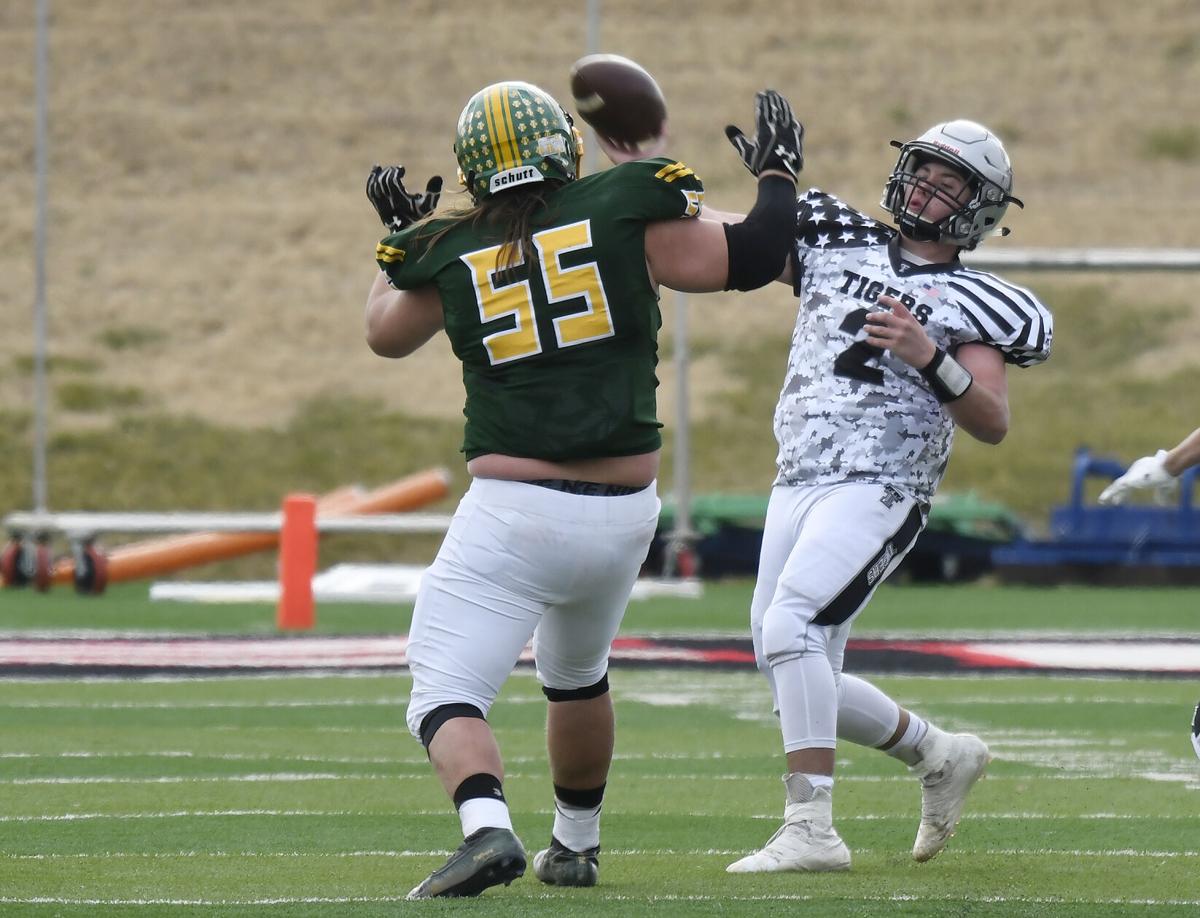 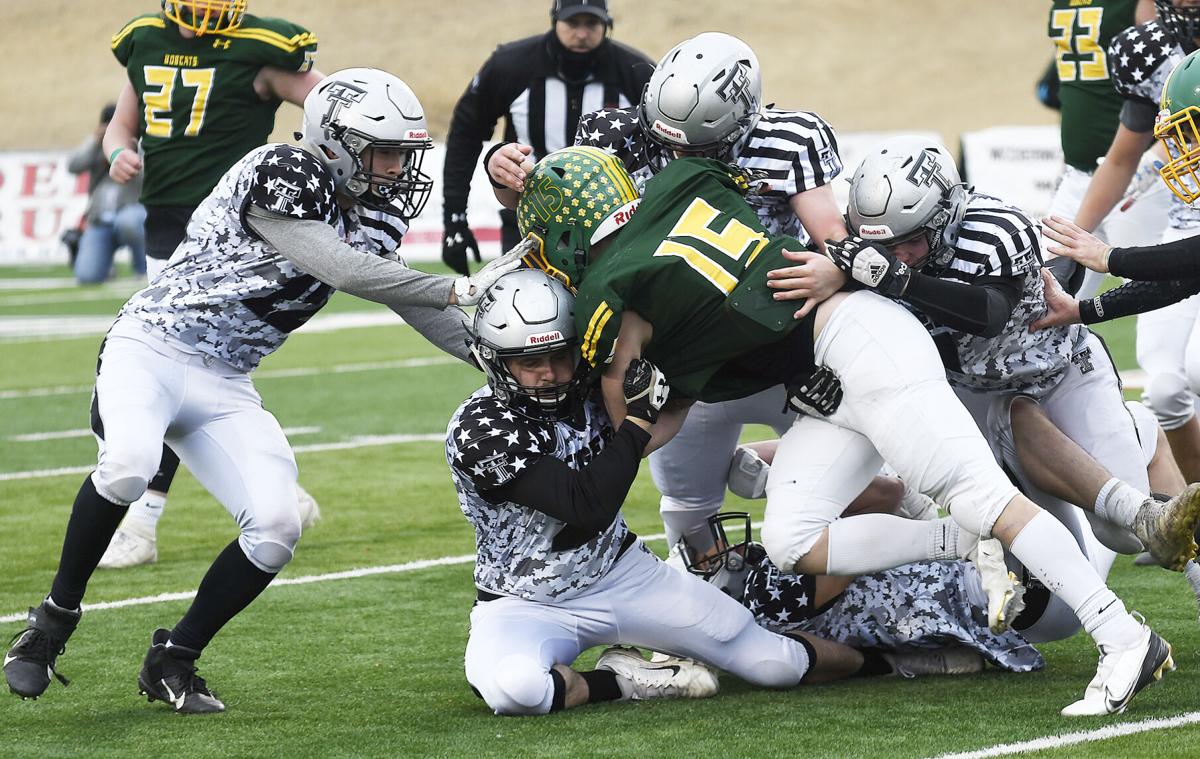 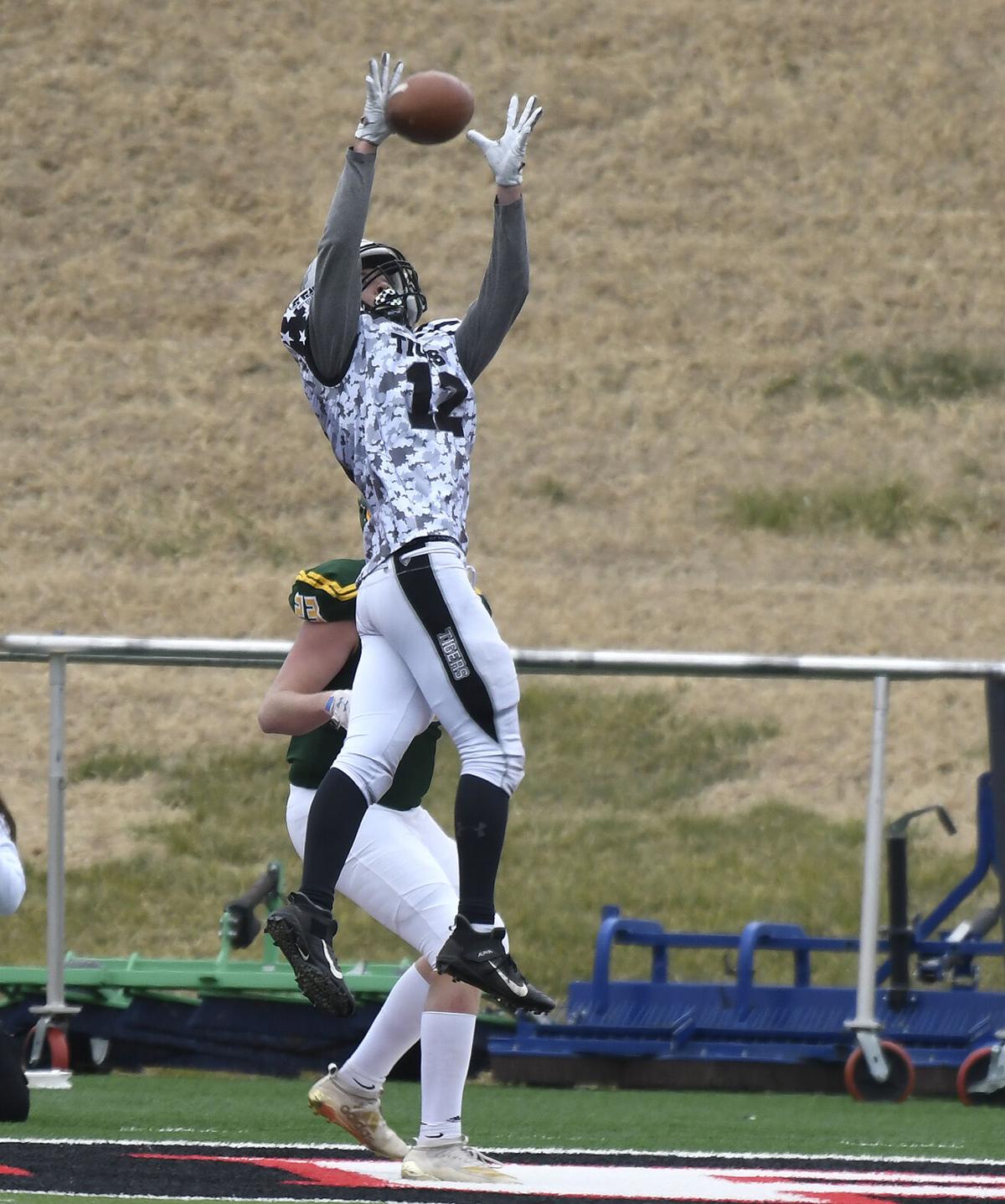 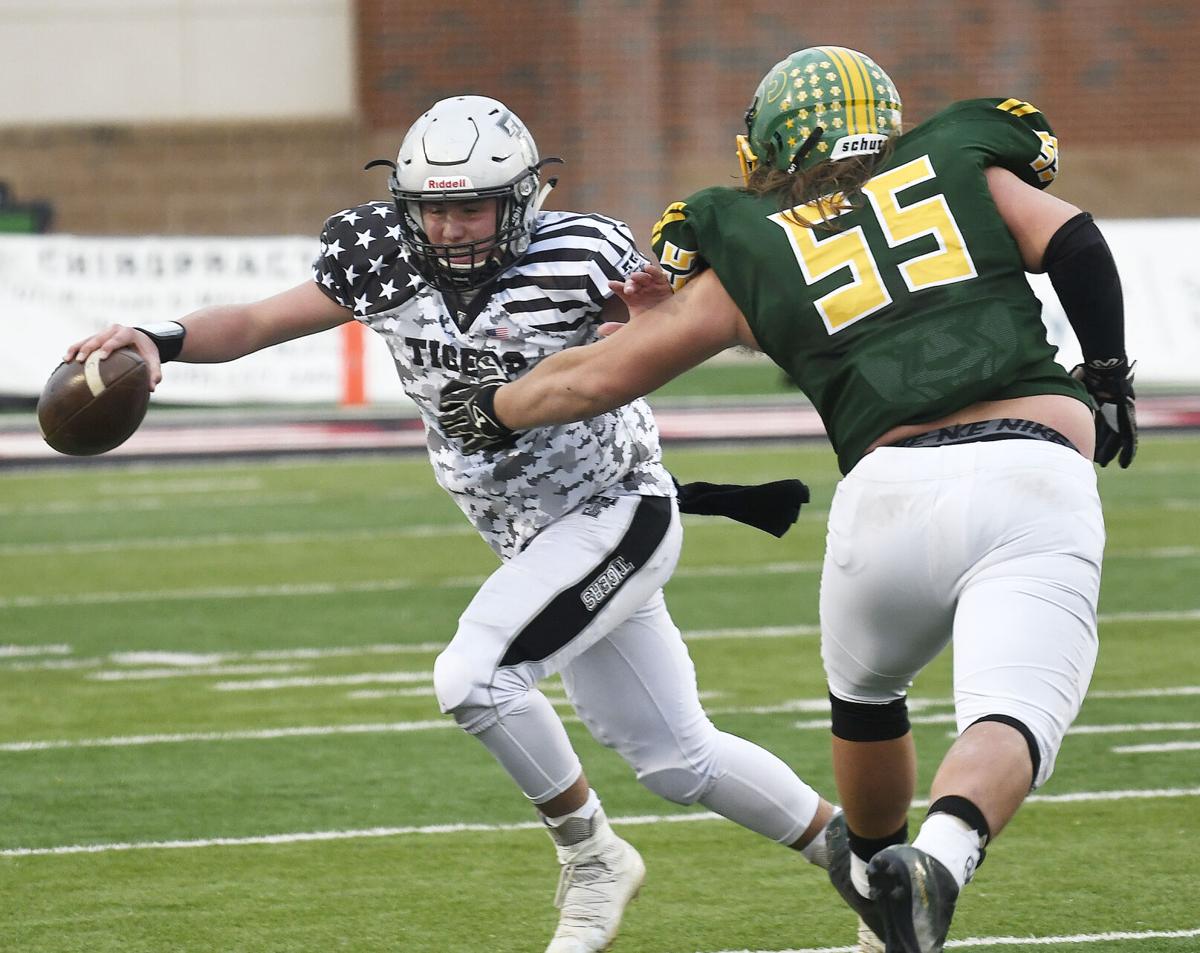 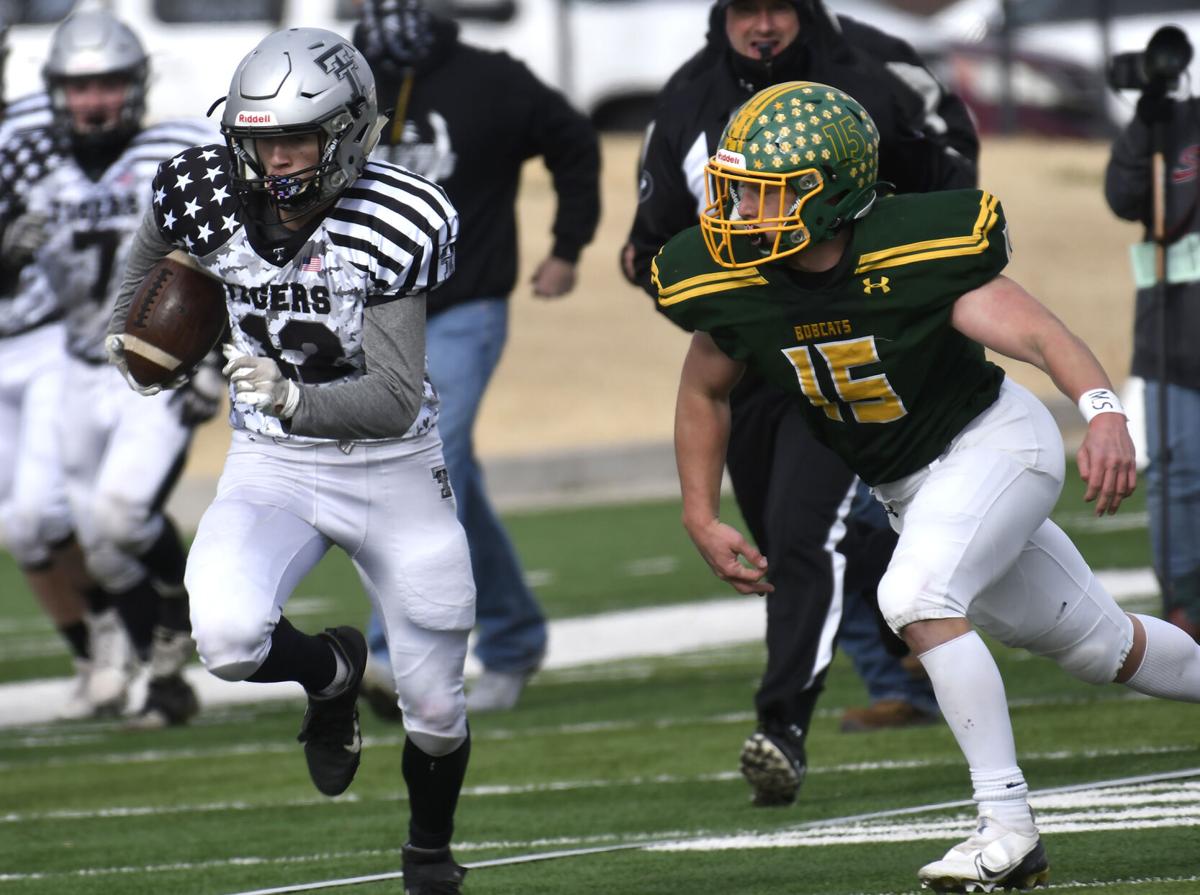 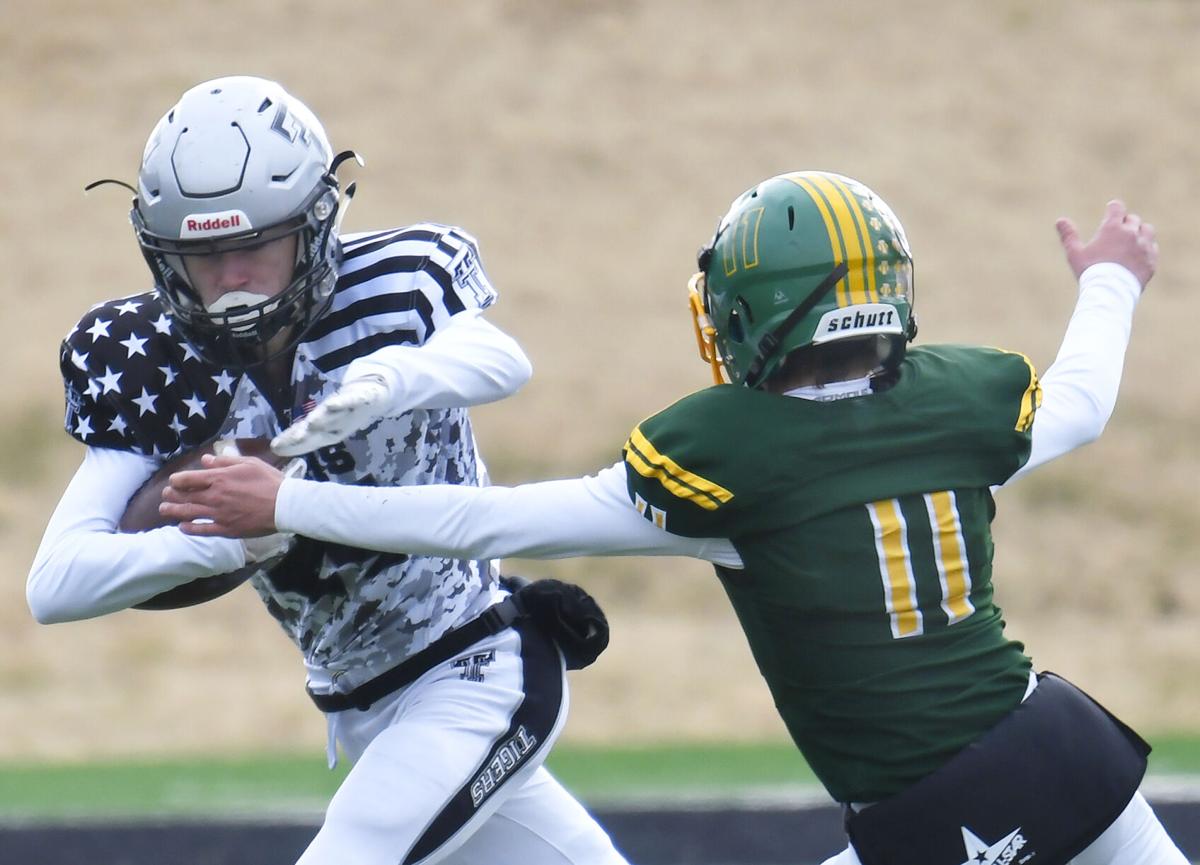 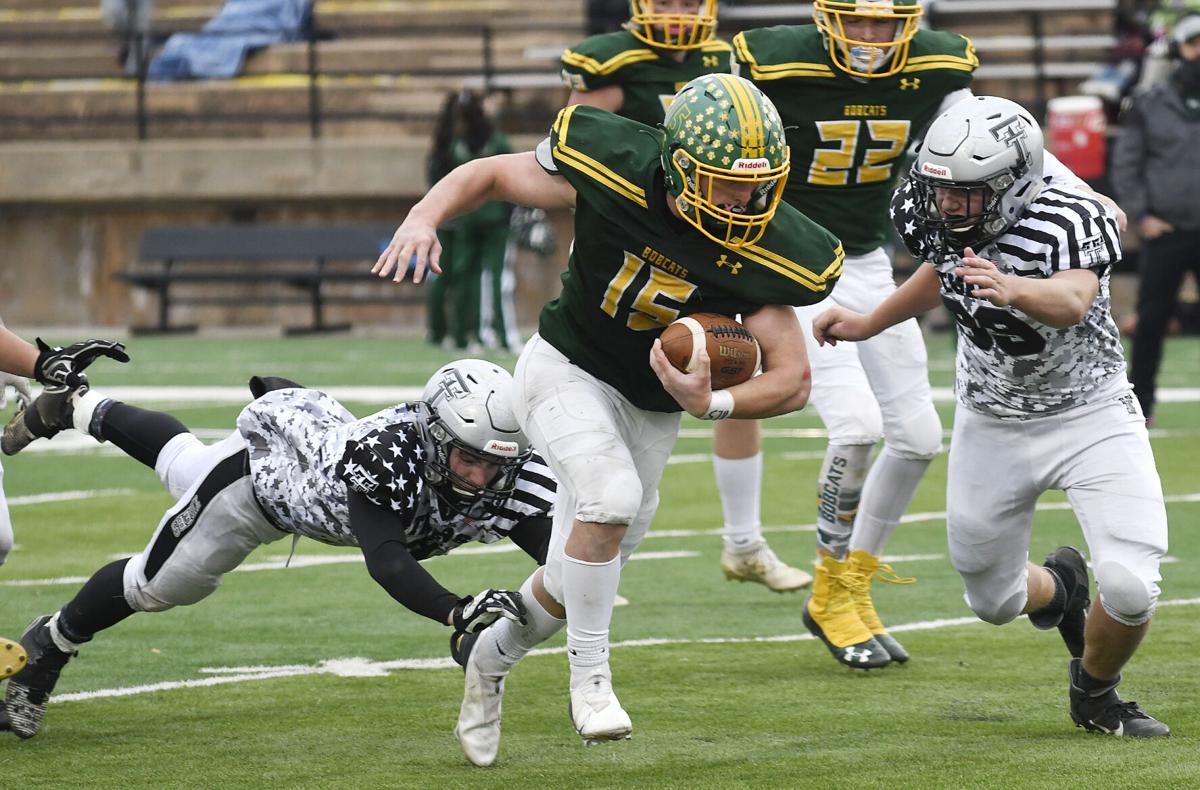 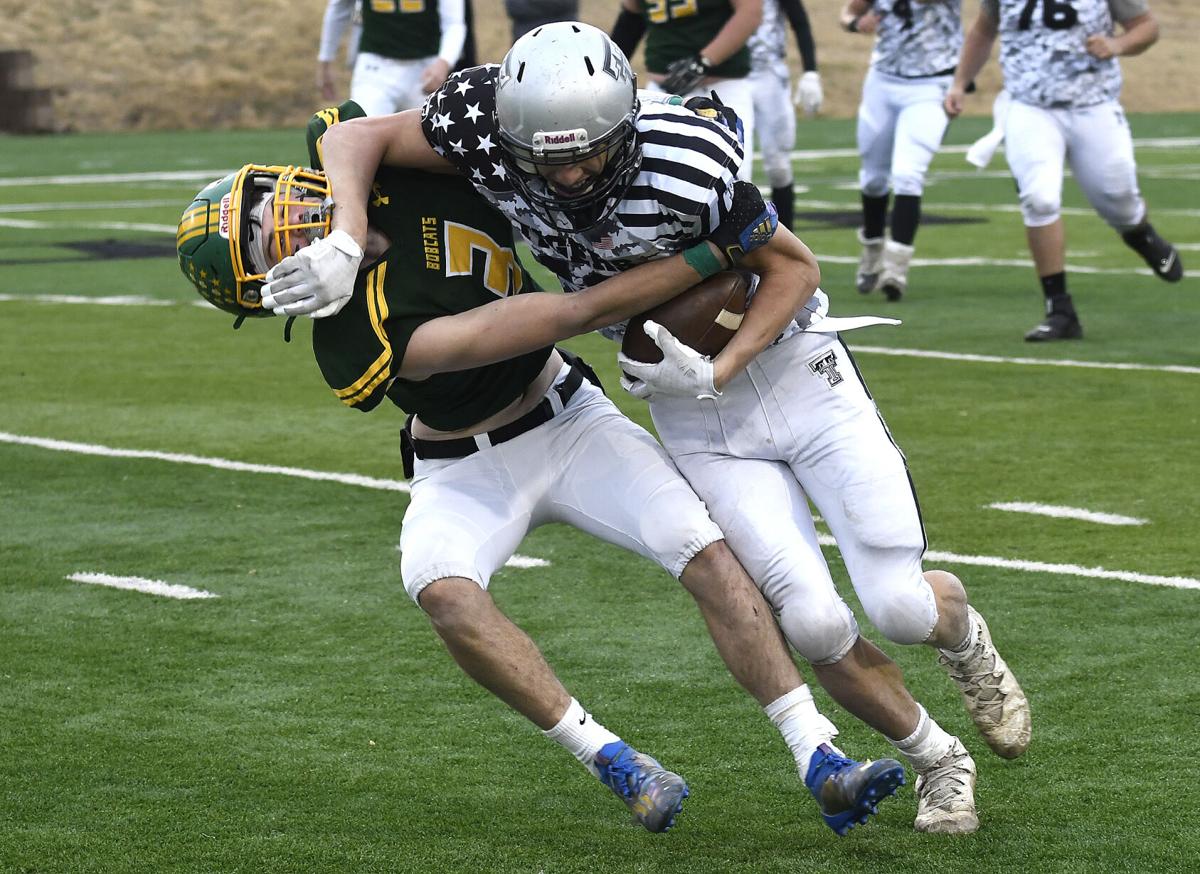 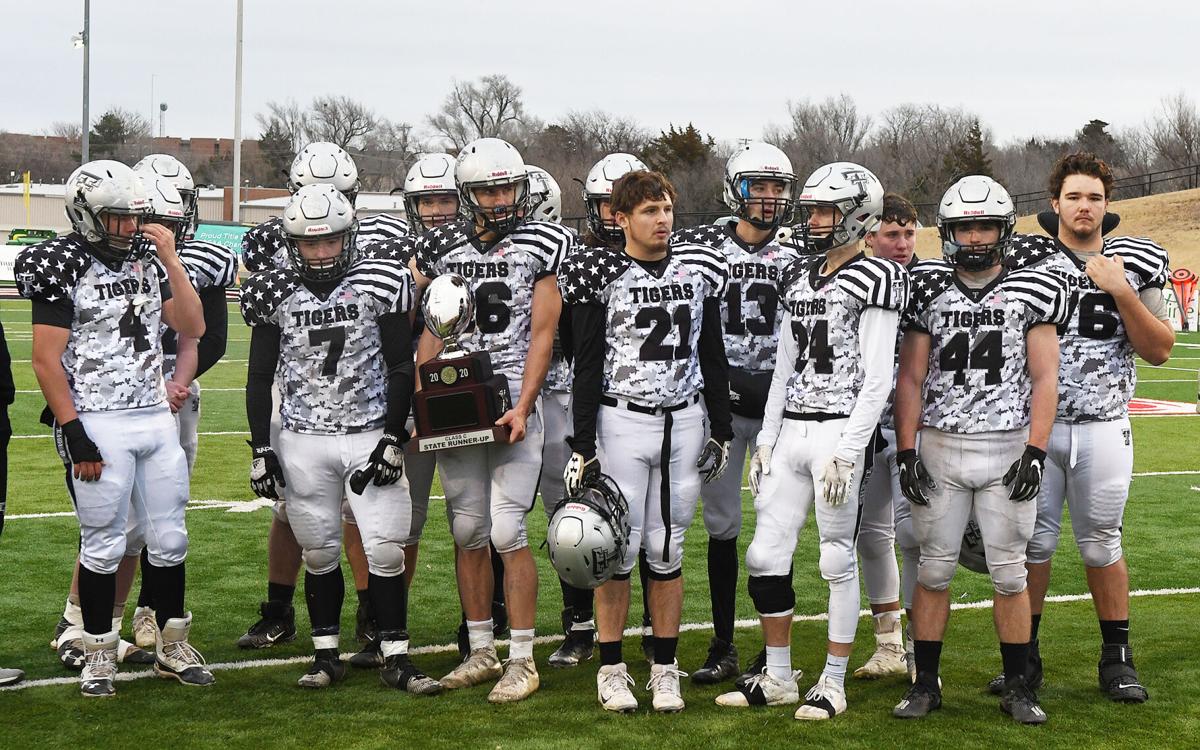 ALVA — The No. 1-ranked Timberlake Tigers were handed their only loss of the season, 41-20 against the Tyrone Bobcats on Saturday at Ranger Field at Northwestern Oklahoma State’s campus in Alva in the Class C championship game.

The Tigers (12-1) came into the title game white hot riding a 12-game winning streak and winning every game but one by over 20 points. But the Tigers knew they would have an uphill battle with star running back J.J. Pippin slowed down with an injury.

Pippin started the game for Timberlake but didn’t seem to be at 100%. The junior running back averaged over two scores per game with 30 touchdowns on the season, but never found the end zone against the Bobcats (11-2).

“We’ve gotta get better, gotta play better.” Timberlake head coach Brian Severin said after the game. “We didn’t play real well today and we had a couple kids go down, which isn’t an excuse, but they just outplayed us, plain and simple.”

With Pippin injured, Tyrone’s Rylan Johnson took over the spotlight. Johnson scored three touchdowns on the day including two 70-plus-yard runs. Timberlake’s defense allowed just two plays longer than 30 yards coming into the game. By halftime, they had already allowed four plays of 45 yards or more.

“They just were beating us up front,” Severin said. “They were just more physical up front than we were, and we couldn’t get off the block and we didn’t tackle well. We had chances early in the game. … They just made the plays and we didn’t, they won and we didn’t.”

Of the Bobcats’ six touchdowns, three came from the arm of quarterback Kobie Williams, and all three were caught by Ethan Brown.

The Tigers relied heavily on their quarterback, Ethan Jenlink, in Pippin’s absence, but were unable to find any sort of consistent success. Jenlink threw two touchdown passes in the first quarter, but was held scoreless in the final three and finished with three interceptions.

“We made bad throws, we didn’t protect real well up front,” Severin said. “The quarterback had to rush it, and you can’t turn the ball over in any game, but especially a game like this.”

The Tigers looked to have a chance after a 5-yard touchdown run by Dalton Leierer midway through the third quarter cut the deficit to 28-20. However, on the Bobcats’ next drive, Johnson took a handoff 34 yard to the end zone, which seemingly took the air out of the Tigers, who wouldn’t score again in the game.

Severin said it’s possible that the team’s youth got the best of them, but that he thought they put themselves in a position to win but failed to execute.

“I don’t know, it might’ve had something to do with (our youth) and we didn’t know how to react to it,” Severin said. “We’ve just got to do a better job of making plays, and we didn’t today.”

Despite the disappointment of the loss, Severin is still confident that this team will return to the title game soon. The Tigers will be losing four players to graduation, but return the bulk of their talent, including Jenlink and Pippin.

“They’re young, mainly juniors and sophomores,” Severin said about his team moving forward. “We showed today that we probably weren’t ready for the game today, so we’ve got to do a little bit better job of being mentally prepared to play and just keep after it.”

The game marked the Tigers’ first appearance in the Class C state title game since 2009. Severin said he learned a lot about his team in this game and where they need to be going forward.

“We’ve just got to get better, start working and get ready for next year,” Severin said. “Hopefully we can come back next year and have another shot at it.”