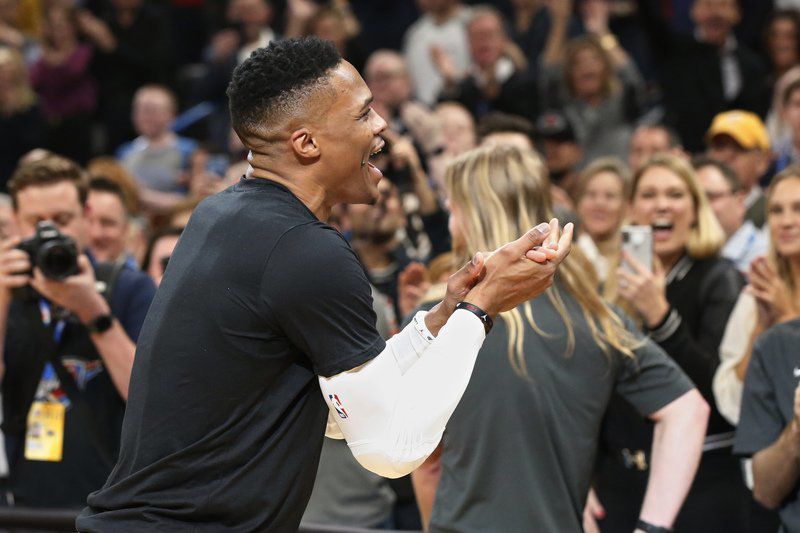 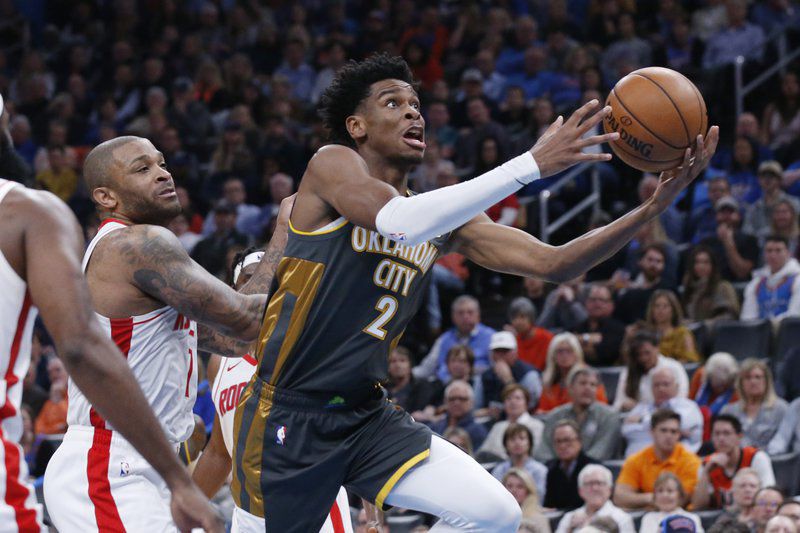 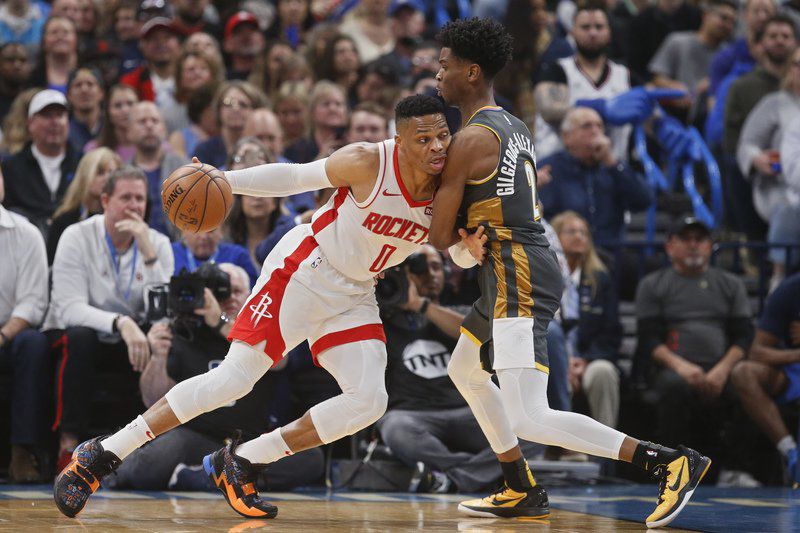 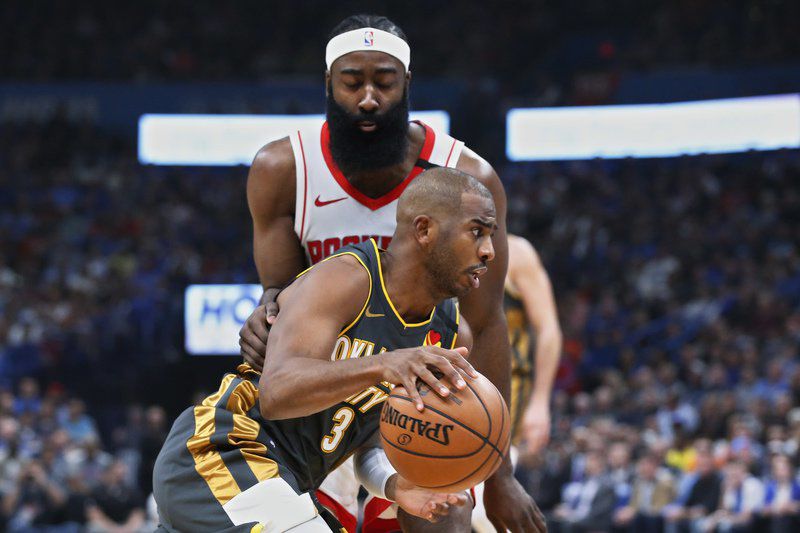 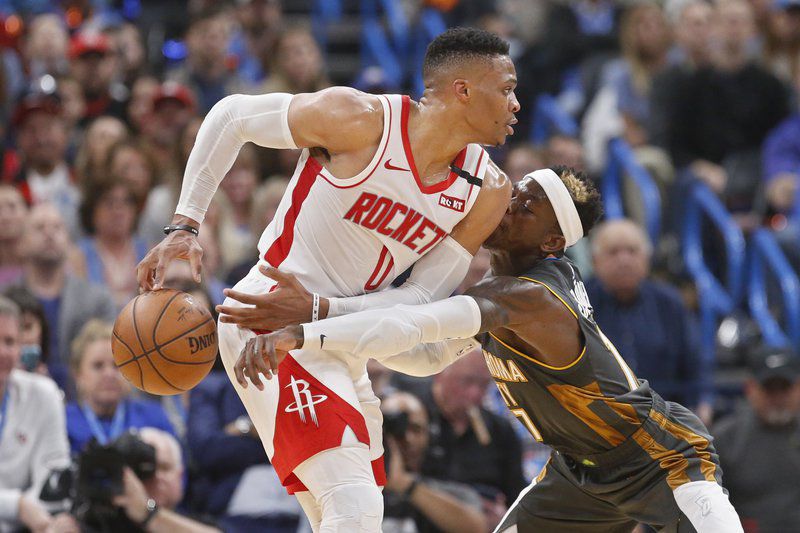 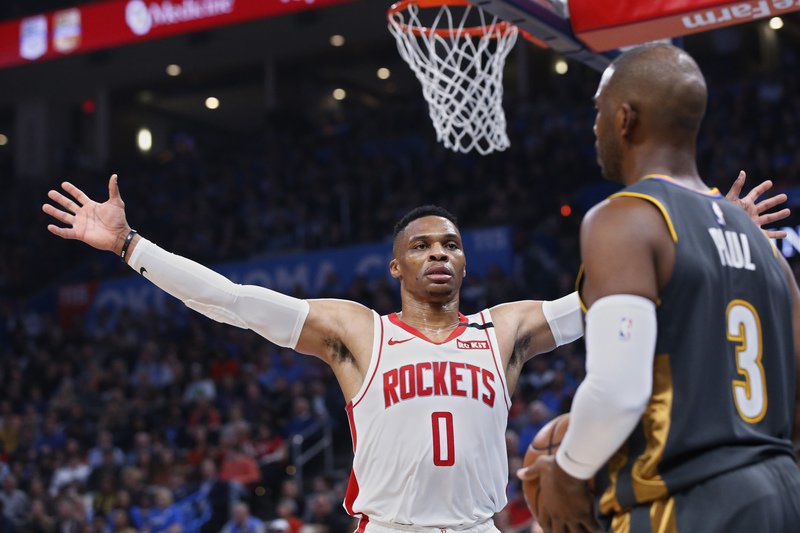 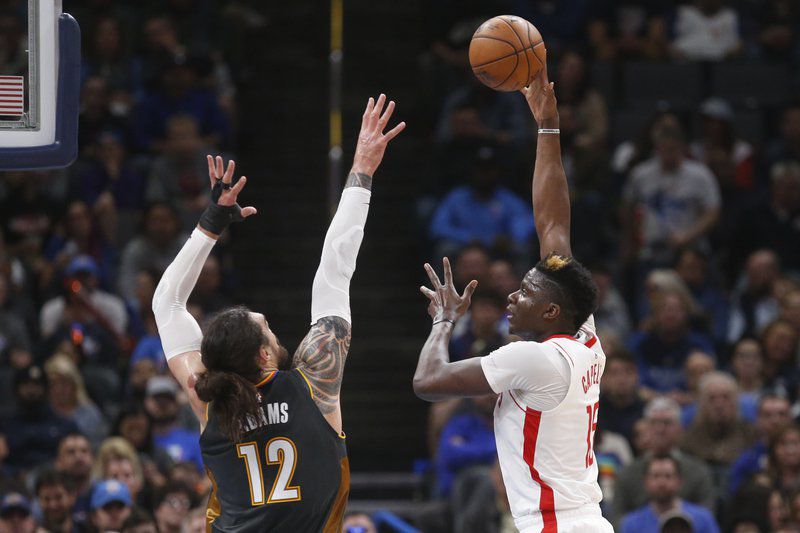 Westbrook scored 34 points, but the Thunder beat the Houston Rockets 113-92 on Thursday night.

Westbrook was a league MVP and two-time scoring champ for the Thunder before being traded to the Rockets last summer for Chris Paul and draft picks. Westbrook was the last remaining player from the team that began playing in Oklahoma City in 2008 after leaving Seattle.

The fans remember Westbrook as the star who stayed after Kevin Durant left for then-rival Golden State in 2016, and they showered him with appreciation before the game. There was a tribute video, then loud cheers as he was introduced with enthusiasm, in the same manner as a home Thunder player. The crowd stood, cheered loudly and even chanted M-V-P as the announcer moved on to other players. Westbrook even ran over to a corner of the court and exhorted the crowd before the tip, just like he did when he played for the Thunder.

Westbrook scored 18 points in the first half, but the Thunder led 60-48 at the break after shooting 53.8% from the field. The Thunder extended their lead throughout the second half. Westbrook was subbed out with 7:18 remaining.

Houston's James Harden, who entered the night averaging a league-best 38.5 points per game, was held to 17 on 5-for-17 shooting.

Rockets: Harden wore shoes with Thunder colors as part of an Adidas campaign. ... The Rockets made just 11 of 40 3-pointers. ... Another former Thunder player, Thabo Sefolosha, entered the game in the fourth quarter. ... Houston's point total was a season low.

Thunder: Oklahoma City shot 53.8% in the first quarter to take a 37-21 lead. It was the Thunder's highest-scoring opening quarter of the season. ... Paul scored 18 points and Dennis Schroder added 16. ... Thunder G Hamidou Diallo was issued a technical foul in the fourth quarter.

Copyright 2020 The Associated Press. All rights reserved. This material may not be published, broadcast, rewritten or redistributed.