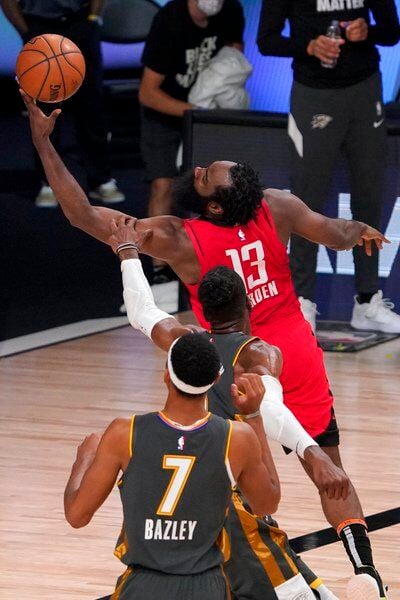 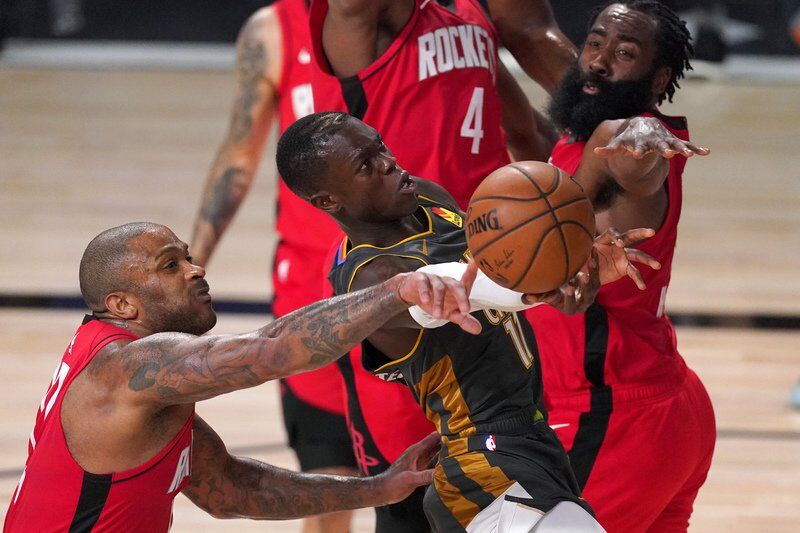 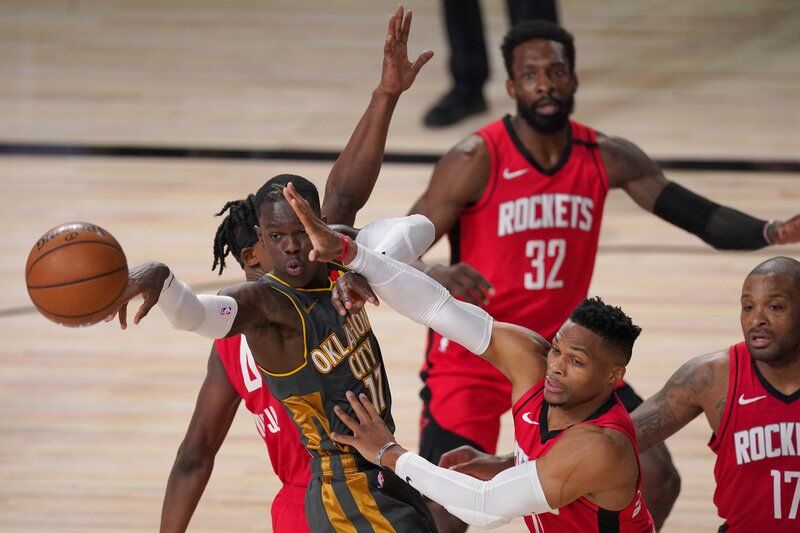 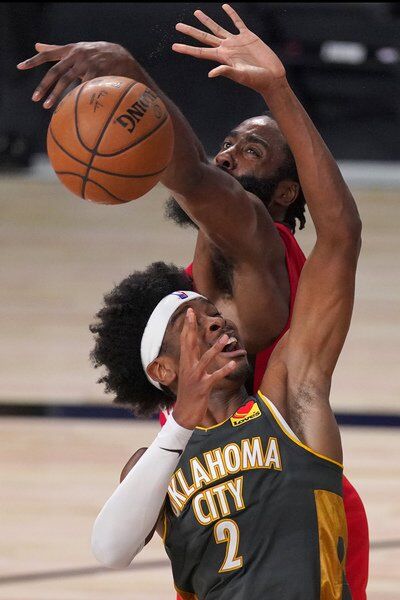 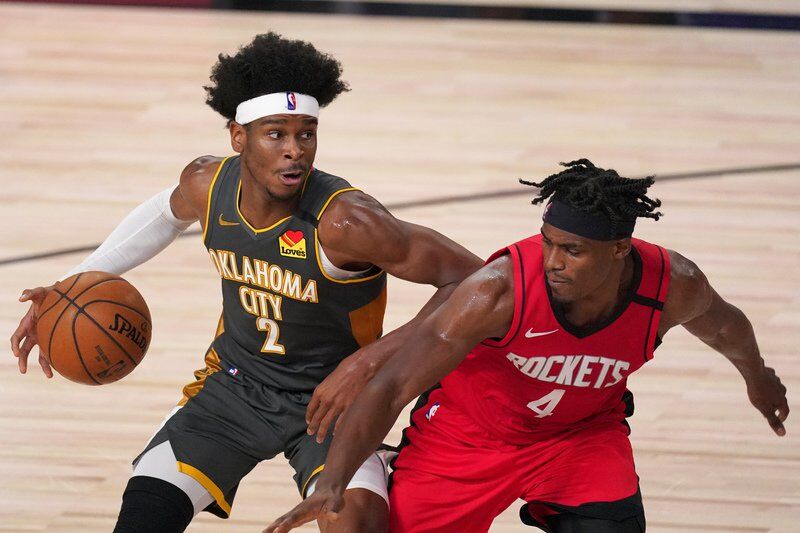 LAKE BUENA VISTA, Fla. — Chris Paul gave the Oklahoma City Thunder at least one more game in the bubble, scoring 15 of his 28 points in the fourth quarter for a 104-100 victory over the Houston Rockets on Monday night in Game 6 of a Western Conference first-round series.

Paul made two free throws with 13.1 seconds left and the game tied at 100, and Danilo Gallinari added two more after a turnover by Russell Westbrook to finish it off.

Game 7 will be Wednesday night, with the winner advancing to face the top-seeded Los Angeles Lakers.

It gives the West two Game 7s, with Denver and Utah set to play theirs on Tuesday.

In a game that was close all the way — neither team led by double digits — the Thunder bounced back from a blowout in Game 5.

James Harden had 32 points, eight rebounds and seven assists for the Rockets, while Robert Covington had 18 and Westbrook 17 in his second game back from a right quadriceps strain.

Houston got its most dominant playoff victory in Game 5, winning 114-80 after holding Oklahoma City to 31.5% shooting. But the Thunder shook that off, just as they did a 2-0 deficit in the series.

Most of the first half was played within a margin of just a few points either way. The Thunder continued to misfire, hitting just 41.7% overall and going only 3 for 15 on 3-pointers.

But they defended well and the Rockets didn't crack 30 points until more than 4 1/2 minutes into the second quarter. Harden scored six straight points late in the half and Eric Gordon hit a 3-pointer at the buzzer for a 51-48 lead.

Westbrook scored five straight points to open the third and the Rockets would get the lead as high as nine in the period. But Gallinari kept it from getting any worse and then Dort had a layup and two 3s for an 8-0 run that ended the quarter and sent Oklahoma City to the fourth with a 77-75 lead.

Oklahoma City extended it to eight, but Houston wiped that out with an 18-4 run that provided a 98-92 lead. Paul answered with consecutive 3-pointers to knot it again, and he later unknotted it for good.

Rockets: Covington is averaging 18 in the last three games after totaling 18 in the first three. ... Gordon had just nine points on 3-of-12 shooting.

Thunder: Shai Gilgeous-Alexander finished sixth in the voting for the Most Improved Player award, won Monday by Brandon Ingram of New Orleans.

There was a moment of silence before the game for John Thompson, the Hall of Fame Georgetown coach who died at 78. Oklahoma City coach Billy Donovan played against Thompson’s teams when he was at Providence in the 1980s, and lost an NIT game to his last postseason team in 1998 after he began coaching at Florida.

TOO CLOSE FOR COMFORT?

The Rockets and Thunder are the only teams remaining at the Grand Floridian Resort & Spa, one of three hotels that housed NBA teams for the restart. Houston coach Mike D'Antoni joked he never had to worry about bumping into any Thunder personnel in the elevator because he takes the stairs, but Donovan said the accommodations weren't an issue.

“People got their own schedules, their own routines, the things that they’ve got to do,” Donovan said, “so you cross paths but it’s always been pleasant.”

Copyright 2020 The Associated Press. All rights reserved. This material may not be published, broadcast, rewritten or redistributed.