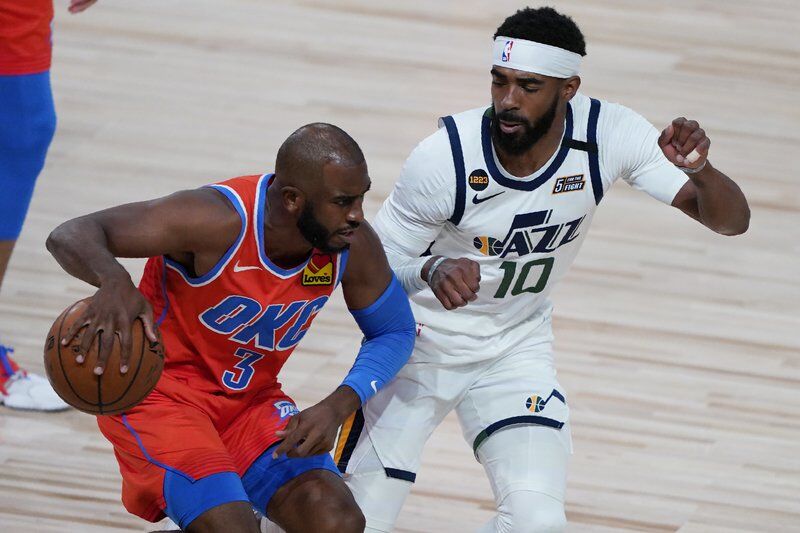 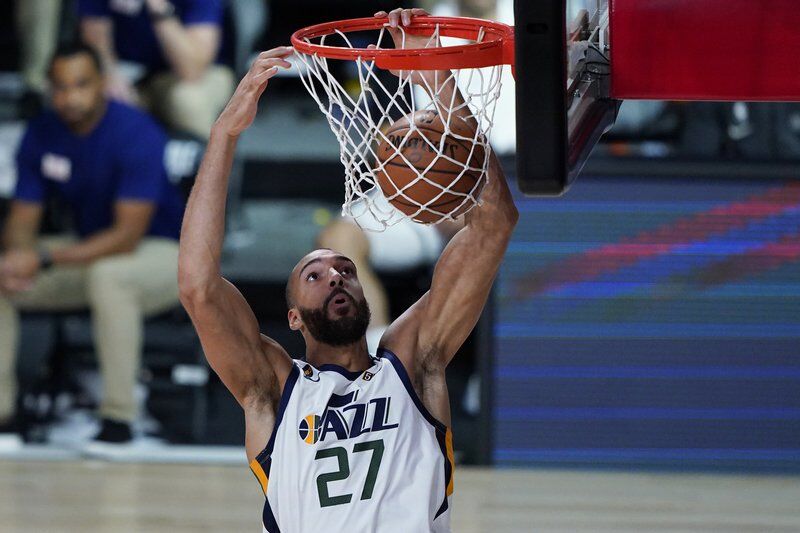 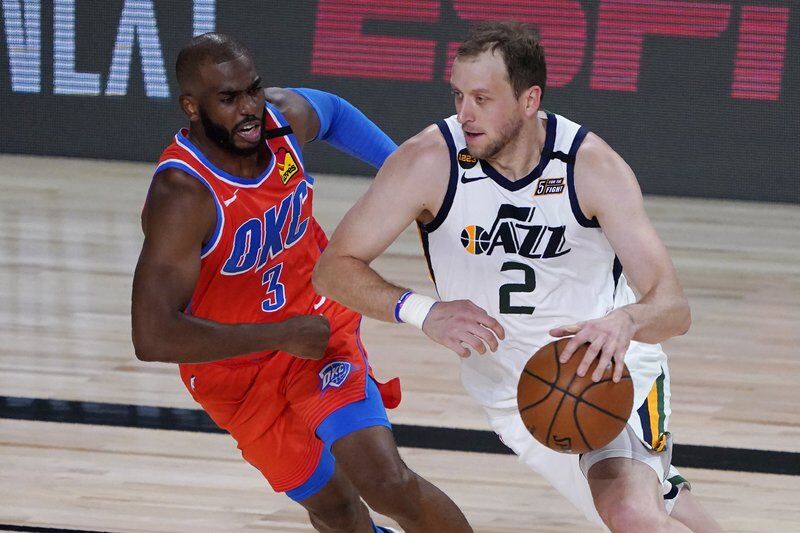 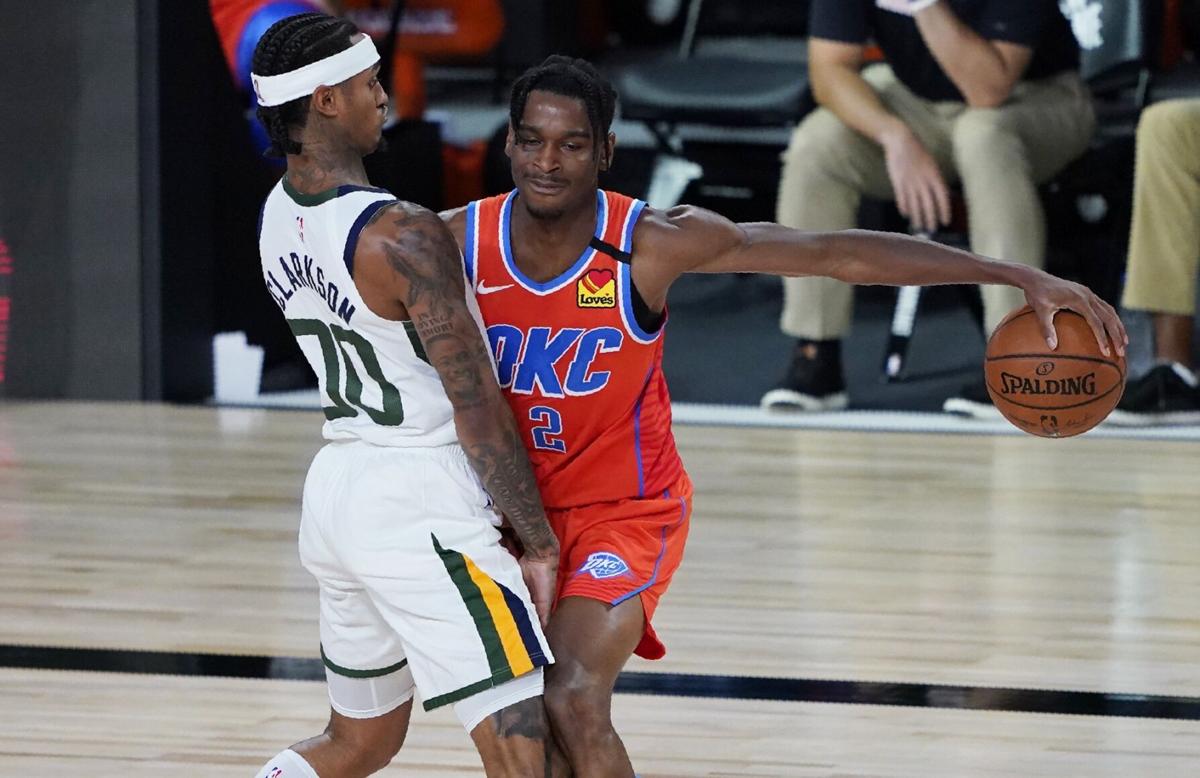 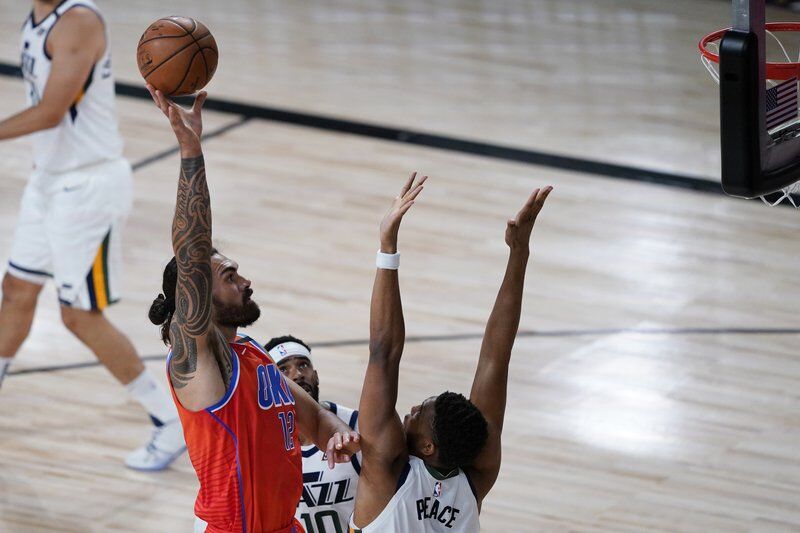 Steven Adams had 16 points and 11 rebounds, Danilo Gallinari added 15 points and the Thunder shot 53% from the field.

The teams were to meet on March 11 in Oklahoma City, but everything changed when Utah center Rudy Gobert’s COVID-19 test came up positive right before the tip. That night, the NBA announced it would shut down indefinitely.

“It's a little weird,” Adams said of the rematch. “It was kind of, almost more like an epiphany almost. Just like a weird feeling that you're in it right now, right? This is what we're doing now.”

Oklahoma City moved within a half-game of the Jazz for fourth place in the Western Conference standings and within 1 1/2 games of Denver for third.

“We didn’t look like the team that we’re capable of being,” Utah coach Quin Snyder said. “Credit Oklahoma City. They made it really hard, and we’ve got to be able to execute and compete through those things.”

Oklahoma City cruised the rest of the way, taking an 86-62 lead into the fourth quarter.

“I thought they took us out of almost everything we were trying to do,” Snyder said. “There were some windows where we did have some success. We weren’t able to finish. We missed some shots, but this wasn’t about us missing shots.”

Thunder: Held the Jazz to 15 points in the first quarter, the fewest they have allowed in an opening quarter this season. ... Adams was issued a technical foul in the second quarter for elbowing Gobert on a drive. ... Reserve C Nerlens Noel had four blocks in 17 minutes.

Thunder guard Andre Roberson checked into a regular-season game for the first time since sustaining a knee injury in January 2018. He played five minutes.

Roberson had been strong in the three scrimmage games, compiling 18 points and 13 rebounds in just over 45 minutes of action. He made 4 of 6 3-pointers in the scrimmages.

He did not score on Saturday, but his teammates were happy to see him get action.

“It’s special," Paul said. "You get goosebumps, right? Just because you know how much work guys put in.”

Adams, a 7-foot center, dropped off a beautiful pass to Luguentz Dort, whose baseline cut and dunk gave the Thunder a 76-49 lead in the third quarter.

Snyder on Paul: “He makes it hard enough on you anyway. But our ability to execute on both ends of the floor — if you don’t do that against him, he’s able to find weaknesses in your defense and exploit them. Oftentimes even if you do do that, he’s able to do the same thing.”

ENID - Service for Doris J. Jones, age 85, of Enid, will be 10 a.m. Thursday, Aug. 13, 2020, the Ladusau-Evans Chapel. Burial will follow in the Enid Cemetery under direction of Ladusau-Evans Funeral Home.