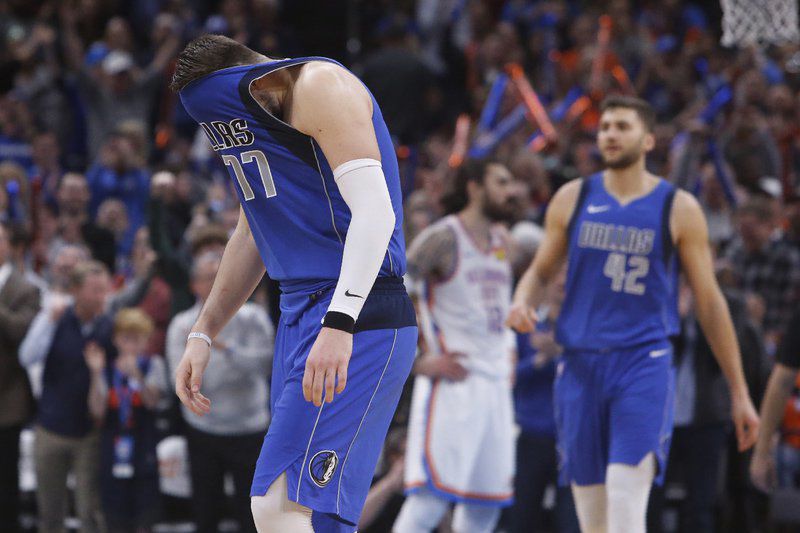 Dallas Mavericks forward Luka Doncic (77) pulls his jersey over his face after missing a shot late in the second half of the team's NBA basketball game against the Oklahoma City Thunder on Tuesday, Dec. 31, 2019, in Oklahoma City. 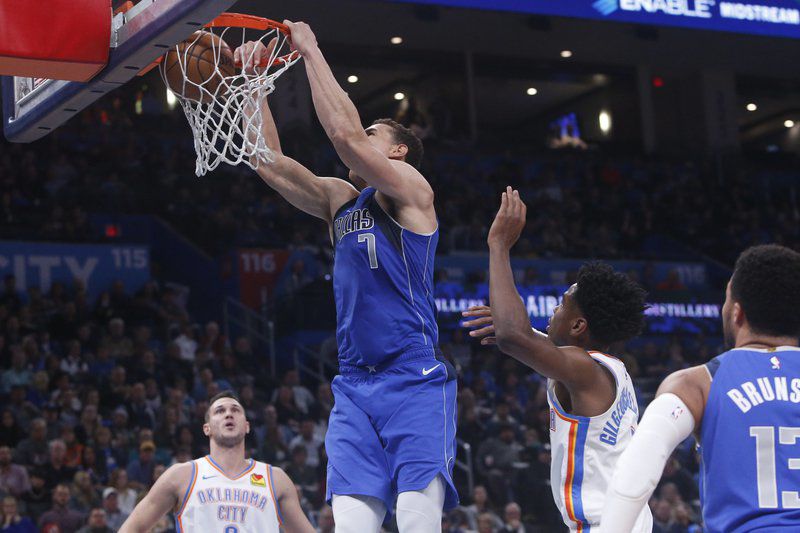 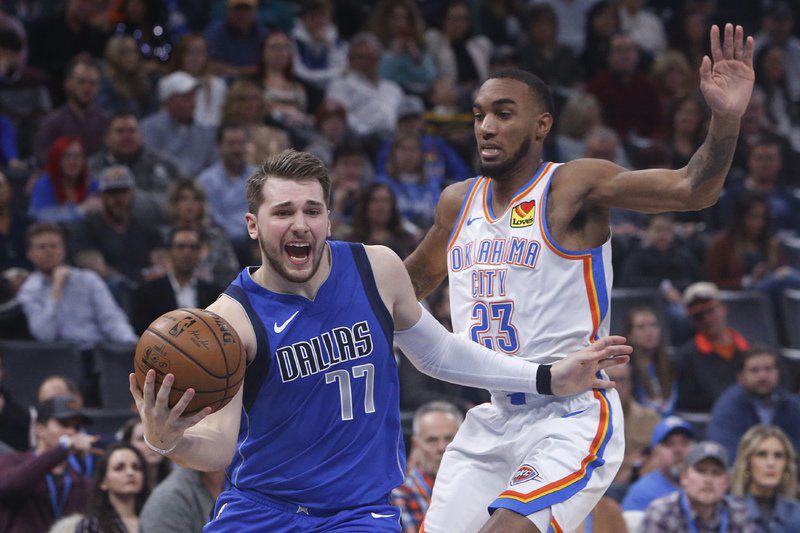 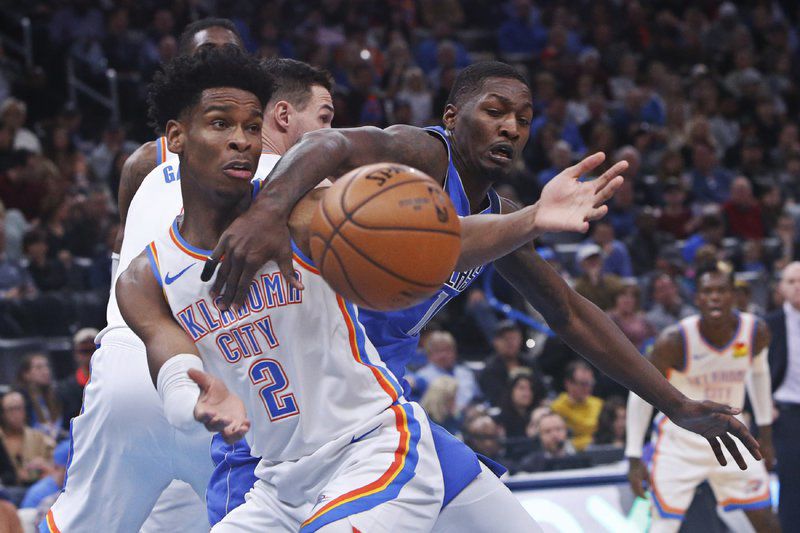 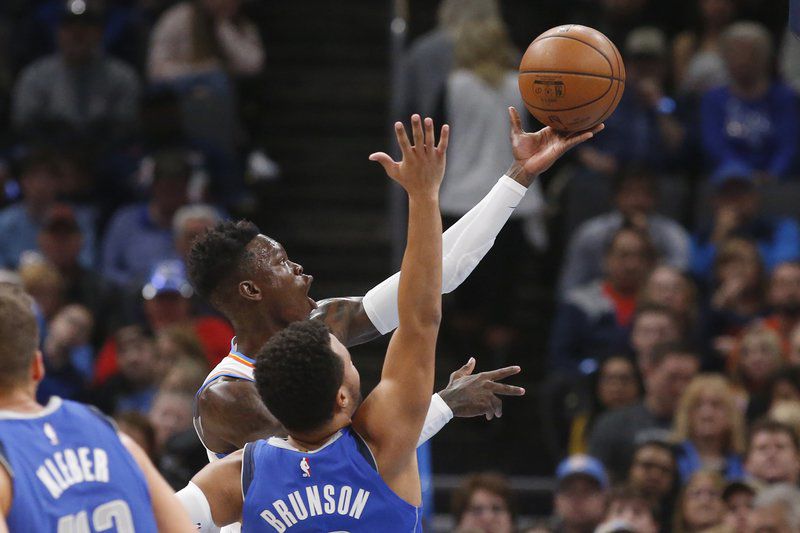 Dallas Mavericks forward Luka Doncic (77) pulls his jersey over his face after missing a shot late in the second half of the team's NBA basketball game against the Oklahoma City Thunder on Tuesday, Dec. 31, 2019, in Oklahoma City.

OKLAHOMA CITY — Danilo Gallinari and Dennis Schroder each scored 20 points, Chris Paul hit the go-ahead basket with 40.9 seconds left and the Oklahoma City Thunder rallied from a seven-point deficit in the final three minutes to beat the Dallas Mavericks 106-101 on Tuesday night.

Paul scored 13 of his 17 points in the fourth quarter and added eight rebounds and seven assists for the Thunder, who have won seven of their last eight games to move into seventh place in the NBA’s Western Conference standings.

The Thunder (18-15) are three games above .500 for the first time this season. Luka Doncic led the Mavericks with 35 points, 10 rebounds and seven assists, but he and Maxi Kleber each missed a potential tying 3-point attempt in the final seconds. Dallas played without usual starters Kristaps Porzingis and Tim Hardaway Jr., who missed the game due to injuries.

Dallas led by as many as 12 points in the first half thanks to 23 points by Doncic, who was listed as questionable to play after he suffered a left wrist sprain and back contusion after taking a hard fall on Sunday against the Los Angeles Lakers. But the Thunder closed to within 51-50 by halftime and twice led by six points in the third quarter before Dallas took a 78-77 lead into the fourth quarter.

One of the Mavericks’ usual starting guards, Hardaway, missed the game due to a left hamstring injury he suffered in the loss to the Lakers. Coach Rick Carlisle said before the game he doesn’t know when Hardaway will be ready to play again.

Jalen Brunson replaced Hardaway in the starting lineup and scored seven points. Porzingis also missed the game due to right knee soreness. His absence was unexpected, as he had been listed in the starting lineups that were delivered to the media and scorers before the tipoff. Kleber started in place of Porzingis and played well, finishing with 14 points and a career-high 14 rebounds.

Mavericks: Dallas hit 15 of 51 3-point attempts, the 21st straight game in which the Mavericks have made at least 10 3-pointers. … Doncic’s 17 first-quarter points tied for the most by a Thunder opponent in a quarter this season. D’Angelo Russell had 17 in a quarter for Golden State on Nov. 9.

Thunder: Guard Hamidou Diallo played for the first time since hyperextending his right elbow on Nov. 22 against the Lakers. He scored four poits. ... The Thunder won despite making only 6 of 27 3-point attempts ... Centers Steven Adams (10 points, 11 rebounds) and Nerlens Noel (12 points, 12 rebounds) each had a double-double. UP NEXT Mavericks: Start a season-long six-game homestand on Thursday against Brooklyn.