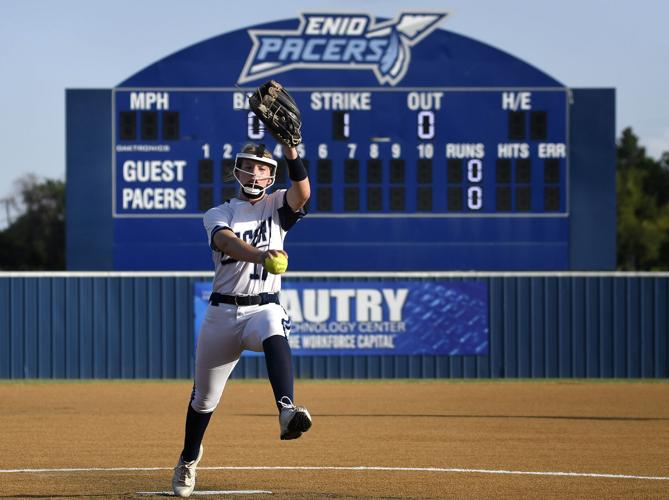 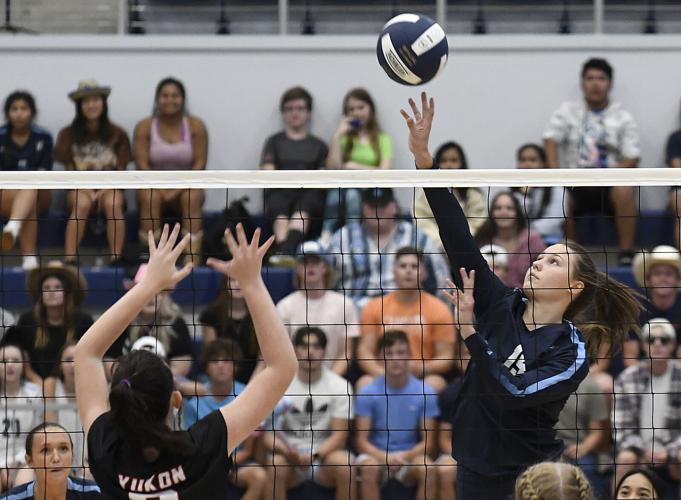 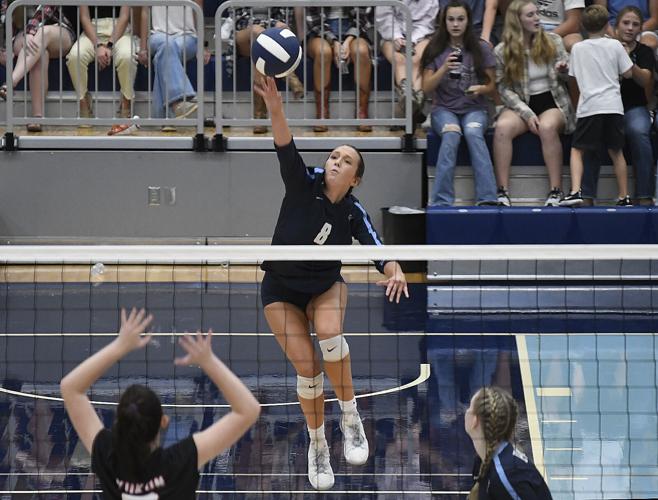 Enid’s Kyleigh Whitehead hits the ball from the back line against Yukon, Aug. 31, 2021, at Enid High School. 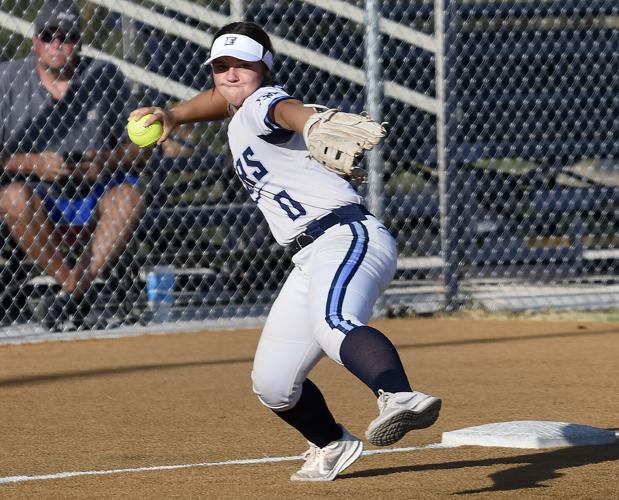 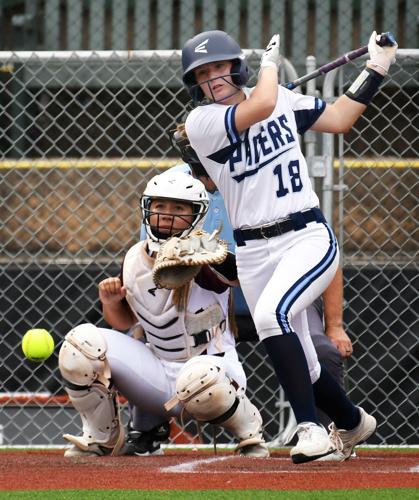 Enid’s Kyleigh Whitehead hits the ball from the back line against Yukon, Aug. 31, 2021, at Enid High School.

ENID, Okla. — Enid’s volleyball, cross country and fast-pitch softball teams are gearing up for another pursuit of gold as the season beckons. Recently, the teams had their first practices of the new season.

“Practices are going well,” said first-year varsity volleyball coach Gabe Watts. “It’s good to get the girls back together. All the girls are where I thought they would be, there are little things to work on but that’s expected after not touching a volleyball for a few months as a group.”

The atmosphere at practice is positive, Watts noted.

“There is a lot of hustle and fun,” Watts said. “Everybody is excited for the season. The energy is good and high, lots of good yelling and laughing.”

Right now, Watts is focused on getting his group back to the basics, hoping to bump, set and kill their way to a conference title this season after finishing as the conference runner-up last season.

“We are trying to hit on the fundamentals first and driving those home,” Watts said. “We are working on building our “team over me mentality.”

The Pacers will scrimmage against Owasso on July 29. They were scheduled to host a scrimmage on the 26th but it was canceled due to a coaches conference. The season opens Aug. 11 when Moore comes to Enid.

Softball had a shorter wait; the slow-pitch season finished in April with a loss in the regionals.

Now, it’s time for the fast-pitch team to take to Pacer Field.

“The first few practices have gone well,” said Enid coach Chris Jensen. “We have had a good turnout so far and couldn’t be happier.”

So far, the Pacers have worked on fundamentals. The girls got a chance to put those to the test Monday with a short scrimmage.

There will be an injection of youth into the Pacers as a strong middle school program has graduated a few girls that could make an impact in the high school ranks.

“I think this incoming class is the best since I’ve been here (two seasons),” he said. “”We have a very strong middle school program and these incoming freshmen will bring a lot of value to the team.”

Prior to the start of the season on Aug. 8, the Pacers, along with Chisholm and Pioneer, will host a preseason scrimmage on Aug. 2-4. Enid is slated to play Blackwell, Ringwood, Alva, Newkirk and Hennessey with a handful of junior varsity games also scheduled.

“The scrimmages give us a good chance to substitute and get players at different positions,” Jensen said. “We aren’t worried about who we play but it’s nice to play against opponents and get live action games before the season.”

The Pacers have lost a handful of seniors, including power bat Tiara Henry.

“All those seniors contributed a lot,” Jansen said. “We have girls coming up who I think can slide into some of those spots and help.”

The first home game for the Pacers is scheduled to be Aug. 9 against Woodward.

New boys cross country head coach Justin DeClerck hasn’t had his full stable of runners but is optimistic on the team.

“Practice has been going great,” DeClerk said. He is also Enid’s boys track and field and distance coach. “We still have some athletes gone on vacations and church trips but overall most of my team has been at practice.”

DeClerck has built-in relationships with a handful of the kids, as they also run track for him in the spring, something that he said helps him ease into his new role.

“I am very fortunate that most of my athletes have run for me during track season” he said. “They already know what my coaching style is and what to expect from me. They know my rules and what I expect out of them. It’s made the transition easier.”

The Plainsmen are slated to begin their season on August 13, though that is subject to change.