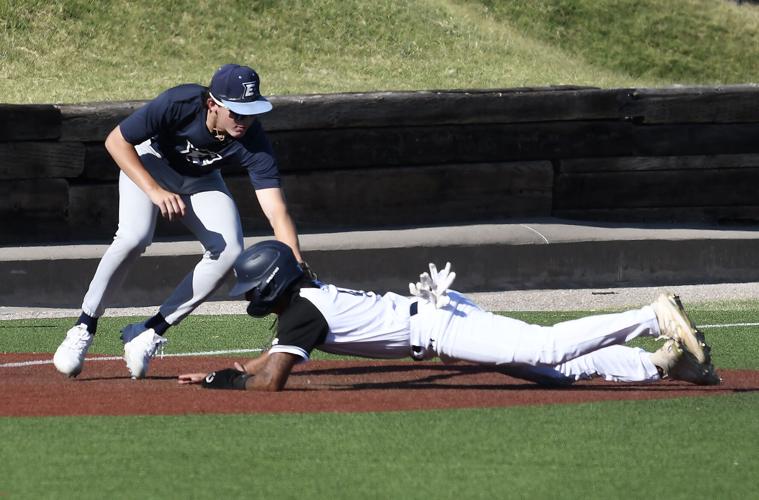 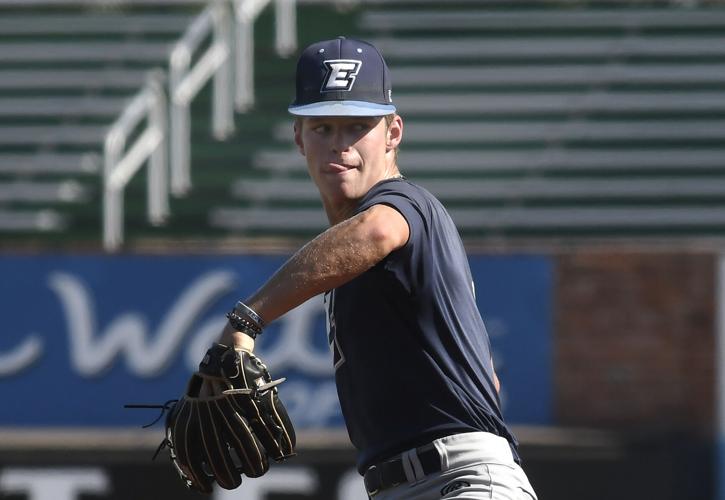 The Enid Plainsmen’s 10-0 run-rule win over Red Dirt 17-Under of Stillwater at the Big Fire Tournament at David Allen Memorial Ballpark Friday was straight out of Baseball 101 about the importance of throwing strikes.

Plainsmen ace Jake Kennedy allowed only three hits and did not walk a batter over five innings. Red Dirt pitchers allowed only six hits, but walked 12 and hit a batter.

The Plainsmen will face Veteran Bat 17-Under at 5 p.m. Saturday in the winners bracket finals at the University of Central Oklahoma in Edmond. The winner advances to the championship game at 2:30 p.m. Sunday at David Allen. The loser will play an elimination game at 9:30 a.m. on Sunday.

“We played a little more intense today,’’ said Enid coach Brad Gore. “Jake pitched a good game. We played good defense. Their guy struggled throwing strikes but we got some big hits to break it open.’’

Kennedy allowed only one run to get to third in the fifth. Luke Cazille and Gage Embree had back-to-back singles but Kennedy retired the next three batters, striking out Jace Brown for the third out.

“I was throwing all of my pitches for strikes,’’ he said. “I was getting it in the zone. It’s always good to get a shutout. It makes it easy when the offense scores as many runs as we did.’’

Seven of the 12 Plainsmen who walked scored. Enid had two runs in the first and one in the second without a hit.

Bennett Percival broke the game open with a two-RBI double in the third scoring Aidan Robinson, who had singled and Karter Simon, who had doubled. Robinson had an RBI single to highlight a three-run fourth in which Enid took advantage of four walks and James Humphrey being hit by a pitch with the bases loaded.

Enid’s bench contributed in the fifth when the Plainsmen scored twice to end the game on the run-rule.

“I’m proud of the guys,’’ Gore said. “It’s not easy to play when it’s 109 degrees outside . They were competing hard. I’m proud of them. Jett hit the ball hard. We got some guys who don’t get to play all the time that have shown a lot of promise. We’re going to have a lot of competition next spring.’’

Gore admitted it was hard to keep focus with so many walks.

“You just have to stay ready and when you get your pitch, don’t miss it,’’ he said. “It’s tough when he was all over the place, but we made him pay when we needed to.’’

Every Enid starter reached base at least once.