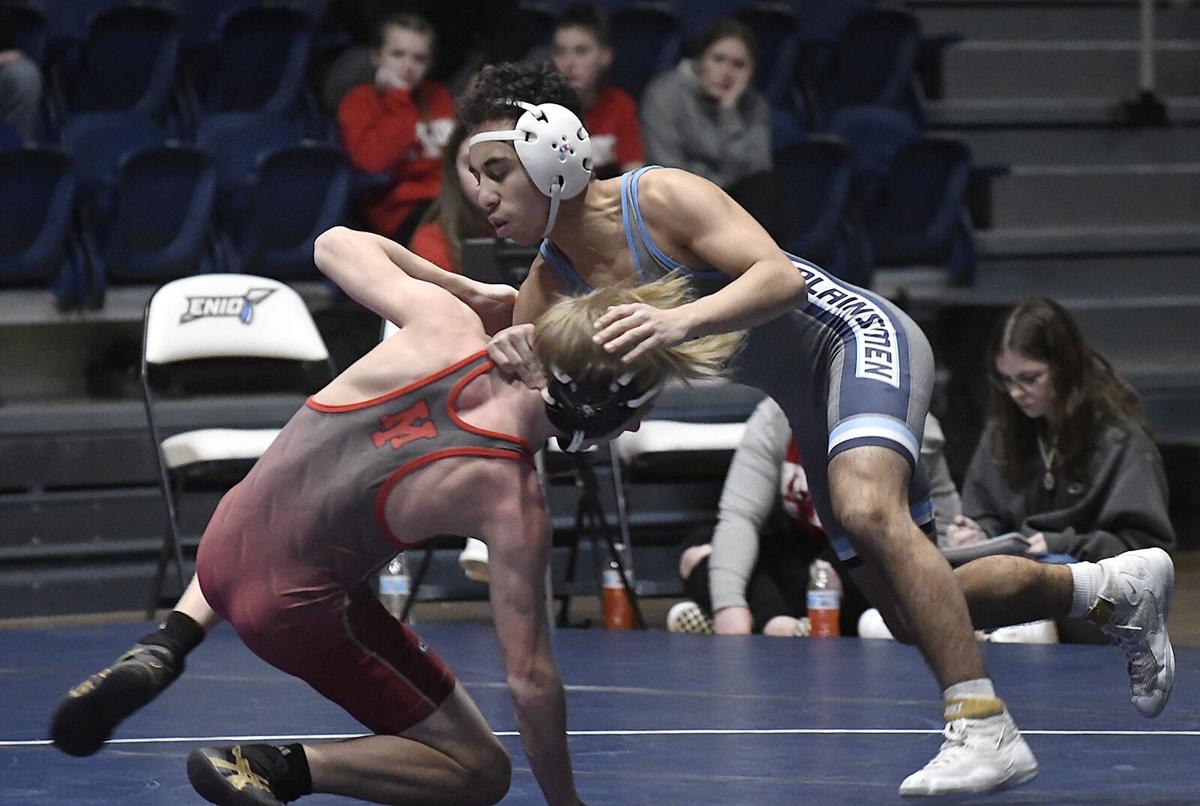 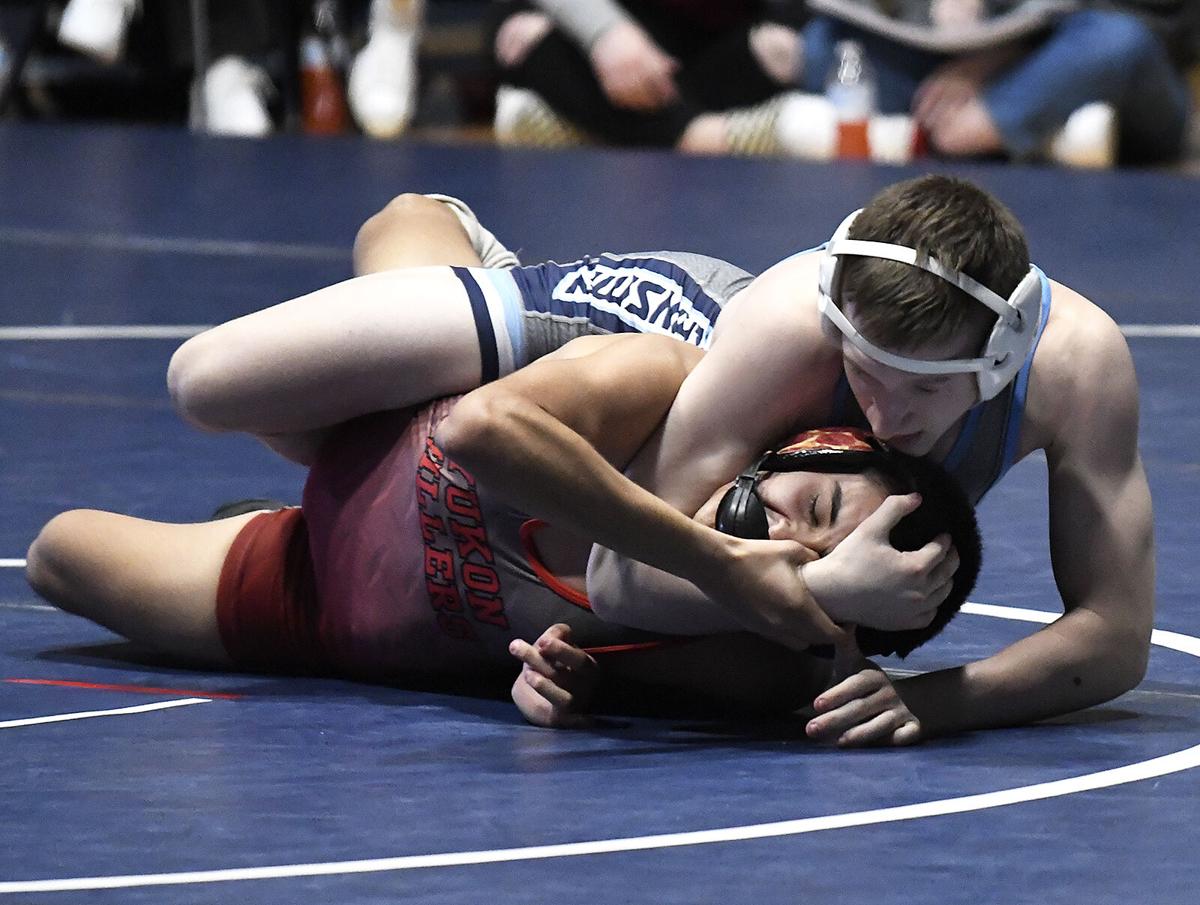 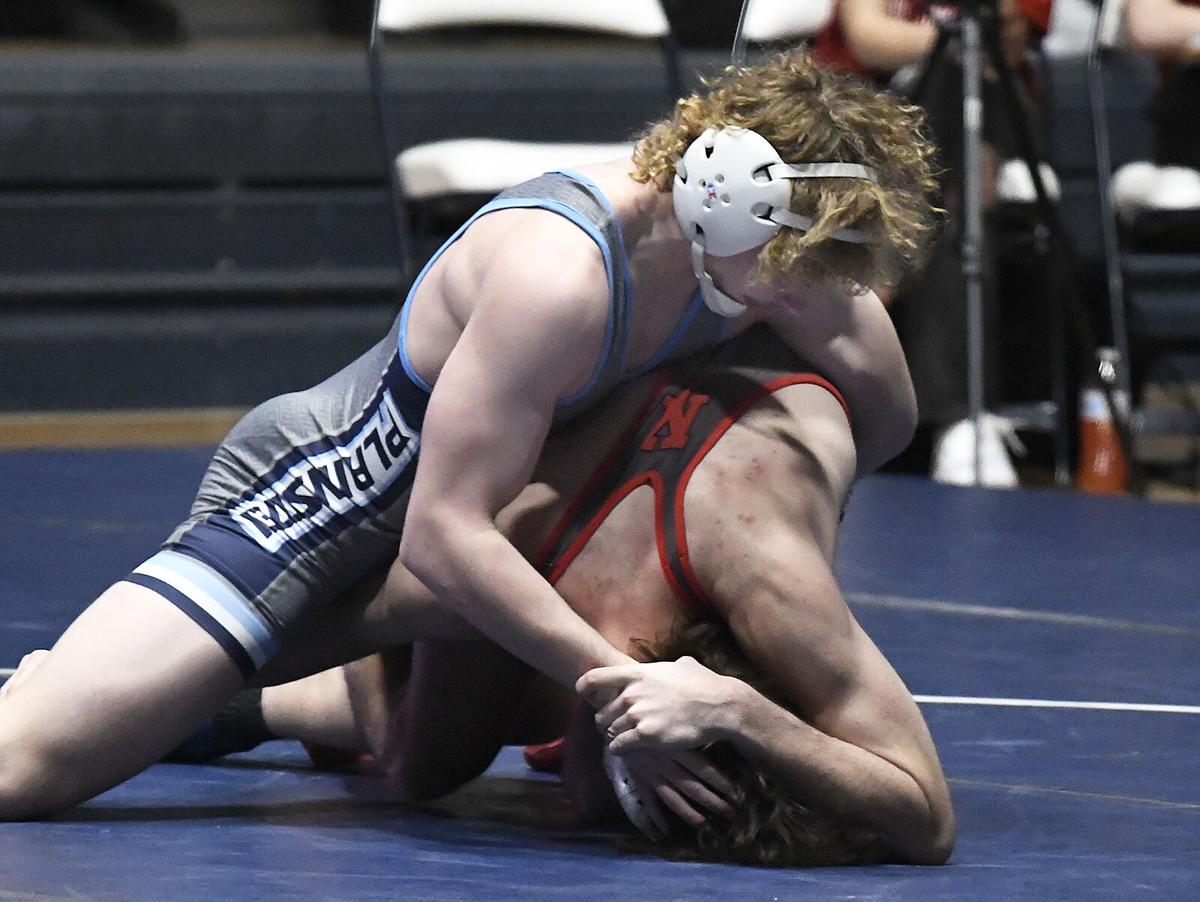 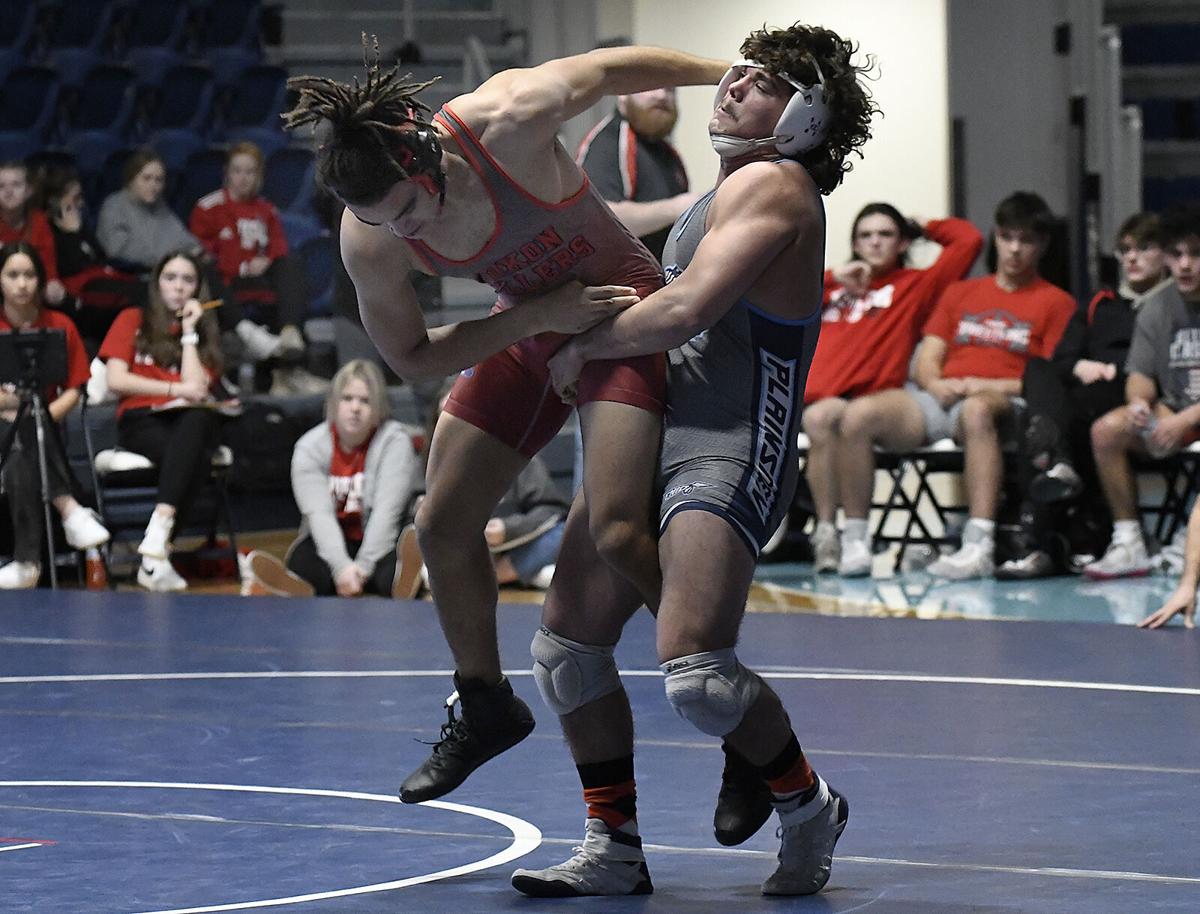 ENID, Okla. — The Enid Plainsmen are trying to find pieces to build off of after falling to Yukon, 50-21, in their last dual before heading off to district duals on Thursday, Jan. 13, 2022, in Owasso.

Hector Perez started off Tuesday’s dual strong, pinning Hayden Wright in the 113-pound weight class with 36 seconds remaining in the first round. The Millers followed that up with a win by technical fall in the 120-pound match and then pinned their next three opponents to take the lead.

Jason Pearson was added to the lineup to wrestle at 145, and ended up jumping out to a 7-1 lead on Yukon’s Justin Harper after the first round. Harper battled back in the second and third rounds, finishing the match off with a takedown in the closing seconds.

In the end, it wasn’t enough and Pearson came away with a 13-12 decision.

“He was actually on his back at one time,” Enid head coach Trent Holland said. “Pearson is one of those guys where if he can, he’s going to fight and do everything he can to make sure he doesn’t get on his back.

“We put him in the lineup and bumped Trinit (Zweifel) up so actually throwing him in the lineup we were hoping to eventually catch someone along the way,” he said. “Pearson stepping in and getting a win for us was really good for us and good for him, too.”

Zweifel defeated Hunter Smith 9-3 in the following match, but a pin by Bryce Goucher and a win by Alex Wilson (170) by major decision gave the Millers a 38-18 lead going into the last two matches.

Enid’s Carlos Alvarado (195) found himself in a tight match with Shane Scott, but was able to hang on for a 3-2 win.

“There’s a couple guys that were wrestling really well and were actually up in their match, but a wrong move here or a pause here is what inevitable caused them led to them lose the match,” Holland said. “They came out fighting, I applaud their effort and I think there’s always room for improvement.”

Justin Glenn and Dr. Gary Breece became the first Plainsmen to be inducted into the Enid Wrestling Hall of Fame on Tuesday.

“Just having those guys come back and be a part of our program and what they bring back to it is just fantastic,” Holland said. “We started looking at Dr. Breece’s accolades and Justin Glenn’s accolades and there was hands down by far those were the first two we need to include in the Enid Wrestling Hall of Fame.”

Holland was Glenn’s wrestling and football coach during his time in Enid. He also has had a strong relationship with Breece, who he’s known since he was a player himself.

The pair will have a picture put up in the EHS wrestling practice room.

Breece, who moved to Norman in 2019 after spending 38 years in Enid, said the honor was humbling.

“I love the sport of wrestling,” Breece said. “I just like being around it, so when I moved to Enid, I automatically got involved in the grade school programs. I had a lot of fun coaching these youngsters over the years and spending time with them.”

It was the first opportunity for Glenn to see Enid’s new gym.

He said that even though he doesn’t get to come back to Enid as much as he’d like, the wrestling and football programs still hold a special place in his heart.

“This is great, it’s such an honor,” Glenn said. “I appreciate it so much that they think highly of me 14 years out of high school. I’m a big fan of Enid athletics because they provided me with a lot of opportunities growing up, and i wouldn’t be where I’m at today without them, so I appreciate the football and wrestling coaches that took the time on me to make me the man I am today.”