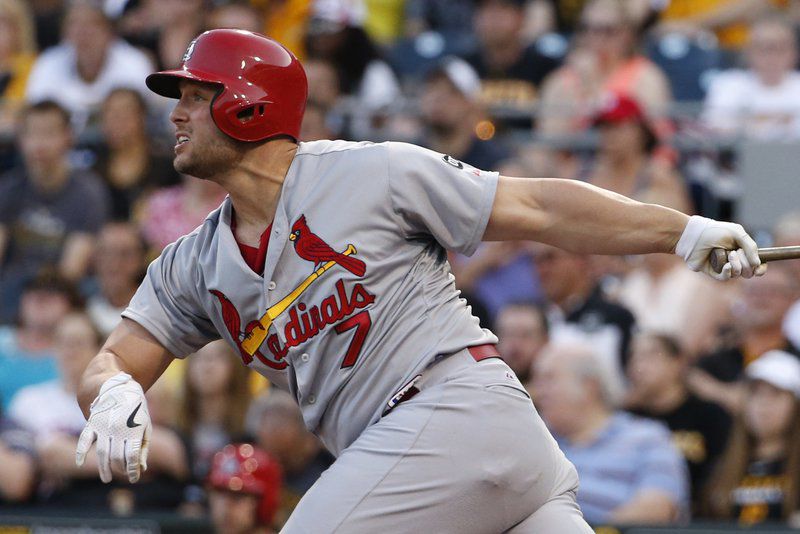 St. Louis Cardinals’ Matt Holliday hits a three-run home run against the Pittsburgh Pirates May 8, 2015, in Pittsburgh. The former 7-time All-Star was one of several players and coaches to appear in Enid’s virtual baseball camp YouTube video series. 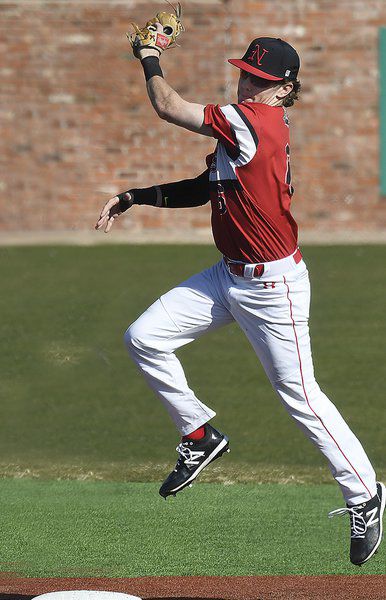 NOC Enid’s Ambren Voitik is among the Plainsmen alumni appearing in the virtual camp videos on YouTube.

St. Louis Cardinals’ Matt Holliday hits a three-run home run against the Pittsburgh Pirates May 8, 2015, in Pittsburgh. The former 7-time All-Star was one of several players and coaches to appear in Enid’s virtual baseball camp YouTube video series.

NOC Enid’s Ambren Voitik is among the Plainsmen alumni appearing in the virtual camp videos on YouTube.

ENID, Okla. — With the high school baseball season canceled, Enid Plainsmen head coach Brad Gore wanted to find a way to keep his players engaged during the unexpected downtime brought about by the coronavirus-related shutdown and at the same time encourage others to stay active.

That was the impetus behind the "Enid Baseball 2020 Virtual Skills Camp" series of three videos that debuted on YouTube Sunday and already had over  550 views on Tuesday.

When someone like seven-time Major League Baseball All-Star and World Series champion Matt Holliday makes an appearance in your video, it also lends instant credibility. Holliday was just one of several well-known names from the baseball world that joined EHS coaches, players, alumni as well as college coaches and even a Major League scout.

But Gore admits to committing a little bit of larceny in the beginning.

Gore said the video series was produced for all youth baseball players.

"We did it to keep our kids motivated and in the right direction and to know that we still care about them," he said. "We want to continue working on our game, but we did it for baseball players in general."

The series is broken into three parts. Part 1 focuses on offense, Part 2 on pitching and stretching and Part 3 is focused on defense.

Most of Enid's current players participated in the virtual camp videos, providing instruction, even if it was a bit awkward initially for many of them.

"It kind of put them in a little uncomfortable place, putting yourself in front of the camera, having to teach and knowing people were going to see it," Gore said. "It's good to get out of your comfort zone," he told son Conner, who participated in the videos with his Plainsmen teammates.

"I had another couple of guys, but they were kinda breaking the law," said Gore, who was quick to clarify he was referring to some of the coronavirus restrictions.

Joining Gore from the Plainsmen coaching staff was Dennom Sullivan.

But it wasn't limited to current or former Enid Plainsmen.

Gore was able to draw upon his connections from his own highly successful collegiate career at Oklahoma State.

"I'm pretty blessed," he said. "I've got a lot of good friends that are good baseball people. Man, all I had to do was ask and they were more than happy to do it. Just having that reinforcement from the coaches and even a big-leaguer or two, it's a pretty neat deal."

When Matt Holliday tells you "don't sit on Fortnite for hours at a time" and to keep active, it's bound to make an impression.

Gore said he has been happy with how many people have responded positively to the videos.

"I actually had two guys from Tonkawa and Salina and even a guy out of state who asked me if I cared if they shared, and I was like no, that's exactly what we did it for you was for kids to be able to do something at home or wherever they're at," Gore said.

"It's been cool. I've had a lot parents with little kids text me that said 'thanks for doing this.' It gives their kids something to look forward to. It's been a pretty good experience."

Gore said he's "holding out hope" that Connie Mack baseball will still be played this summer at David Allen Memorial Ballpark. "Even if it's July, we can still host two or three tournaments and play some more," he said. He said that May 1 "is a good date to shoot for to know what will happen."

Until the coronavirus pandemic hit, Gore said there were plans to have two Enid high school baseball teams and a junior high team participating in Connie Mack. He remains hopeful that can still happen.

"If we have time and everything goes as planned, we'll still make it happen," he said. "We're going to play baseball hopefully at some point. I am just trying to stay positive with it. I know our kids are wanting to play."