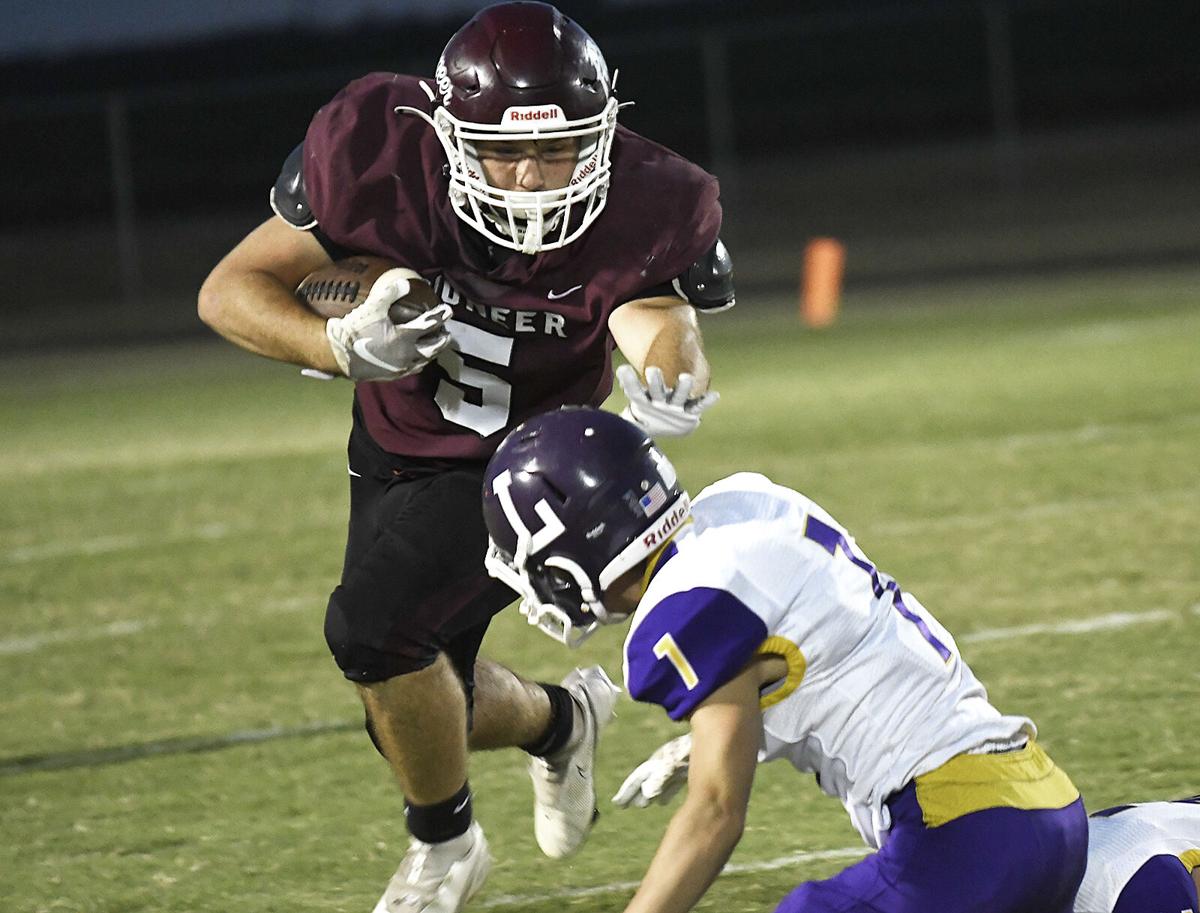 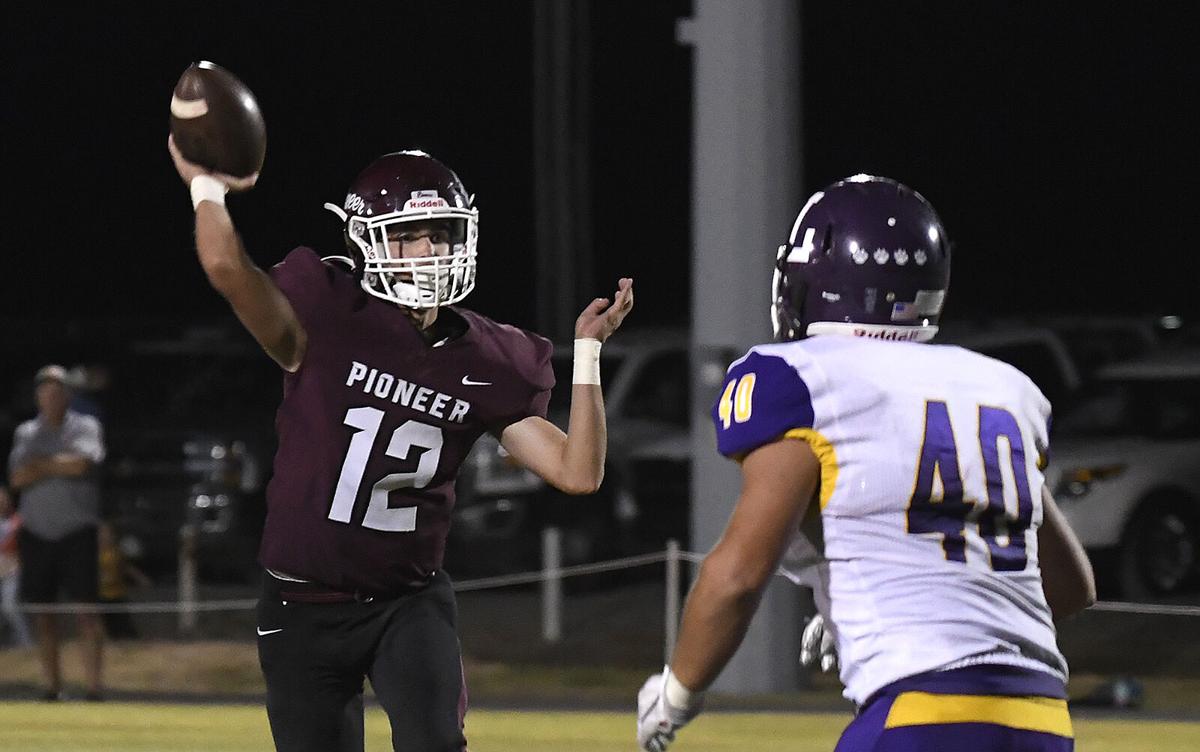 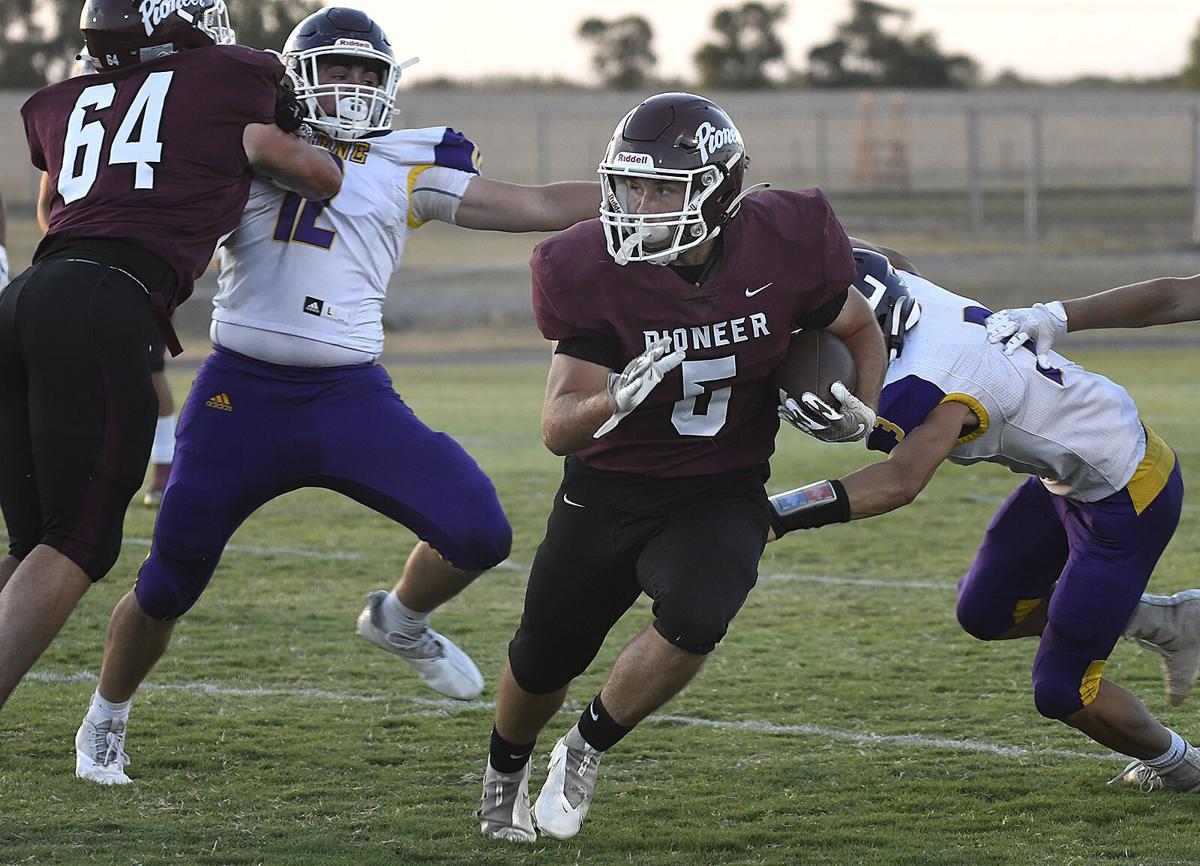 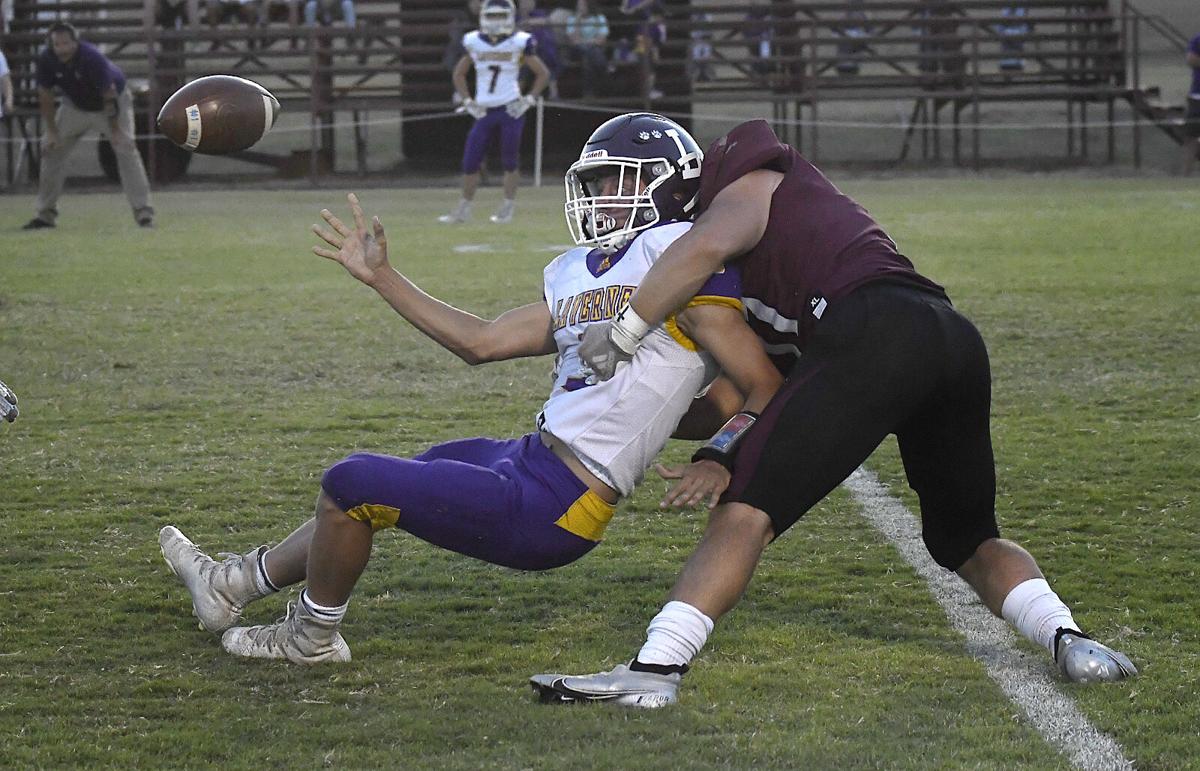 Laverne's Peyton Freeman gets a pass off while being taken down by Pioneer's Robert Newberg Thursday, September 23, 2021 at Pioneer High School. (Billy Hefton / Enid News & Eagle) 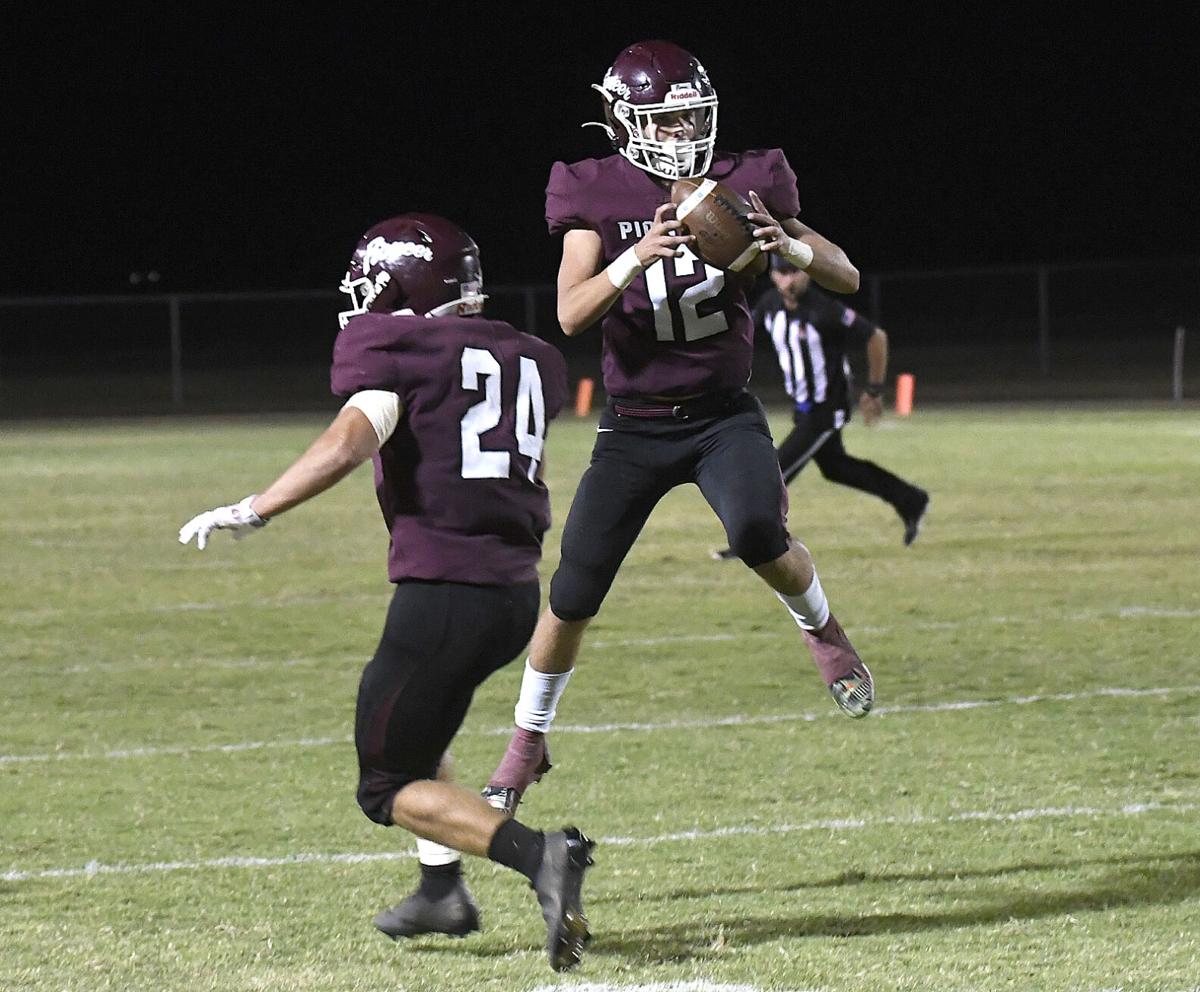 Laverne's Peyton Freeman gets a pass off while being taken down by Pioneer's Robert Newberg Thursday, September 23, 2021 at Pioneer High School. (Billy Hefton / Enid News & Eagle)

WAUKOMIS — Felix Teal’s 85-yard kickoff return for a touchdown proved to be the back-breaker as unbeaten Laverne handed Pioneer its first loss of the season, 38-14 Thursday night at Mustang Field.

Teal’s touchdown came right after the Mustangs had cut the lead to 22-14 on a 22-yard run by Caden Humphries with 10:35 remaining to cap a nine-play, 84-yard touchdown drive.

“It was a killer,’’ said Pioneer coach Gus Overstreet, “especially since we had him wrapped up. No. 2 (Teal) is one hell of a player.’’

Teal’s touchdown told the story of the game. Every time Pioneer seemed to be riding some momentum, Laverne would immediately answer back.

Ty Parker picked off a Peyton Freeman pass on Laverne’s first series of the second half and returned it to the Tiger six.

Humphries scored on a six-yard run and added a two-point conversion to cut the lead to 14-8 with 6:47 left in the third period.

The Tigers, though, answered back with a seven-play, 66-yard drive capped by a 27-yard run by Freeman with 2:42 left in the quarter. Houston Bockelman ran it in for the two-point conversion.

“We had momentum in our hands but we didn’t capitalize when we needed to,’’ Overstreet said. ‘They capitalized when we made mistakes.’’

Freeman said physical play made the difference for the now 4-0 Tigers.

“We came out physical and tough,’’ he said. “We knew they would be a good team. We practice hard all week and that really lit a fire under us.’’

Freeman said the 27-yard run “was a good run, but I think more of the blocking on that play. I’m not that fast. I like to run behind the guys that we have.’’

Freeman rushed for 136 yards on 20 carries and threw for another 102 yards. He scored Laverne’s first touchdown on a four-yard run with 4:49 left in the quarter. Bockelman capped a 10-play, 70-yard drive with a 18-yard run in the second quarter.

The Mustangs threw an un-Pioneer-like 18 times. Pioneer had only three first downs in the first half but was able to get moving after intermission.

“The kids have nothing to hang their heads about,’’ Overstreet said

“We shot ourselves in the foot with some mental mistakes, but this is just Week 4. We can learn from this, they fought hard the entire way. There are a lot of things we can build off of, I thought Caden had a a great game and I’m proud of how Ty is progressing.’’

Pioneer will be off next week before opening District 7 play at Garber on Oct. 8.