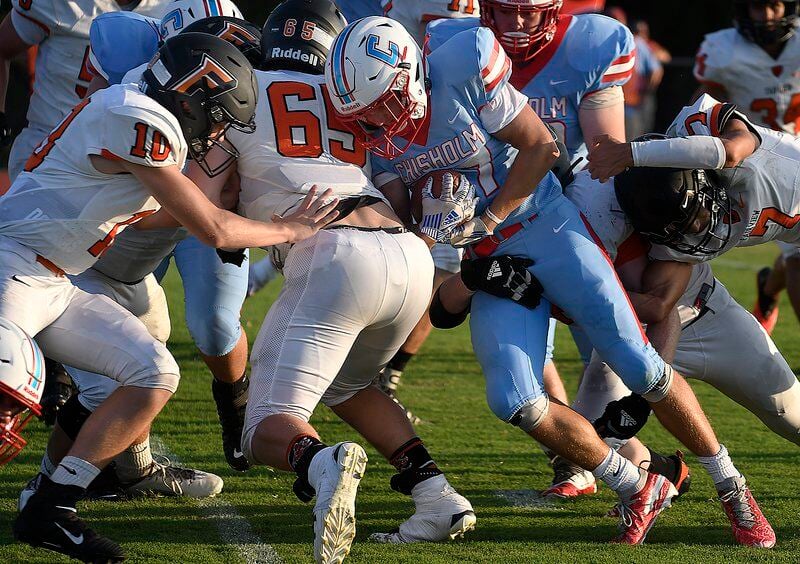 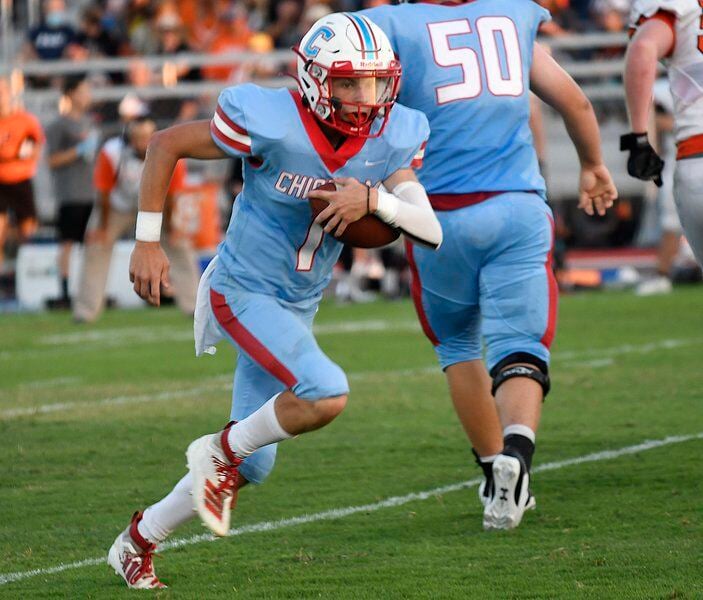 Chisholm wraps up the non-district portion of its schedule with a second-straight game against a 3A opponent. The Longhorns (1-1) will be hoping though for a better outcome than last week's 45-8 loss at Kingfisher when they host Perkins-Tryon Friday night at 7 p.m.

Longhorns head coach Joey Reinart said on Thursday the loss to the Yellowjackets was a learning experience for his young squad and helped to identify some correctable mistakes.

"We have a lot of inexperienced guys — not having a lot of varsity experience — and going against an experienced and skilled team like that it kind of puts you in a bad spot," Reinart said. "We'd love to win every game, but in the end we're just out there to get better and getting ready for district play."

He said there were some "totally correctable" issues such as lining up incorrectly or not understanding a coverage call — things typical of being early in the season with a young team.

"It's things like that early on in big varsity games that your guys are probably not quite ready for those things and that's what snuck up on us and bit us." Reinart said. "You'd like to think they are ready for it, but it's not shocking they aren't."

The Longhorns will get another test from an experienced squad when Perkins rolls in to play a game that initially was scheduled as the season-opener for both teams, but was pushed back due to coronavirus issues.

The Demons (0-1) finally opened their season last week, falling to Class 4A Cushing, 27-7, but it was still not under the most ideal circumstances according to Reinart.

"They just got back into school with their football team only able to practice on Thursday and then having to play on Friday," he said. "Their hands were pretty tied there. I think that they definitely got a bit more practice this week."

The Demons, much like the Longhorns, look to control the clock with a strong running game led by experienced senior quarterback Austin Mages, who was the team's top rusher (67 yards on 15 carries and 1 TD) in addition to passing for 116 yards in last week's opener.

Through two games for the Longhorns, it could be argued junior Bryce Patton has emerged as the starting quarterback. Patton has passed for 143 yards and one touchdown on 23-35 passing this season. Reinart though is a little bit reluctant to make that statement with senior Luke Balenti also taking snaps at quarterback.

"He (Patton) probably could be called the starter, but we intend to use both of those guys as we progress throughout the year," Reinart said. "It gives us another presence to be able to catch the ball and have an athlete out there."

Balenti, who has thrown only four passes this season, has established himself as Patton's top receiving target through the first two games with a team-leading 11 receptions for 72 yards and a touchdown.

Chisholm has rushed for 351 yards this season and passed for only 156 yards, but has completed 65% of its passes. Senior Jesse Christy leads the team with 115 yards rushing.

Kingfisher racked up 429 yards in offense last week, most of that in building up a 35-0 halftime lead.

"Well, I think the mindset (on defense) is to just keep getting better," Reinart said when asked to asses the defense after two games. He noted it's a matter of experience and trust.

"Early on in your career when you haven't been on the varsity, you sit back and wait on everything to because you don't want to mess up," he said when discussing the linebacking position in particular. "We just have to work on that mindset of trusting what we're doing and going as fast as you can. And on the back end, just securing everything.

"We've got the pieces, we've just got to put it together correctly."

While Friday night's game is the non-district finale, Reinart isn't planning to play it more cautiously or hold anybody out with the district opener approaching.

"I want kids to play every game as much as they can," he said. "Sometimes you get caught up in a little bit of that but then you have to go back and realize these kids only get so many games in their high school career and you just have to let them go, within reason."

This will be 13th overall meeting between the schools with the series tied 6-6. Perkins has won the last four games. However, the Demons and Longhorns have not met since 2007.