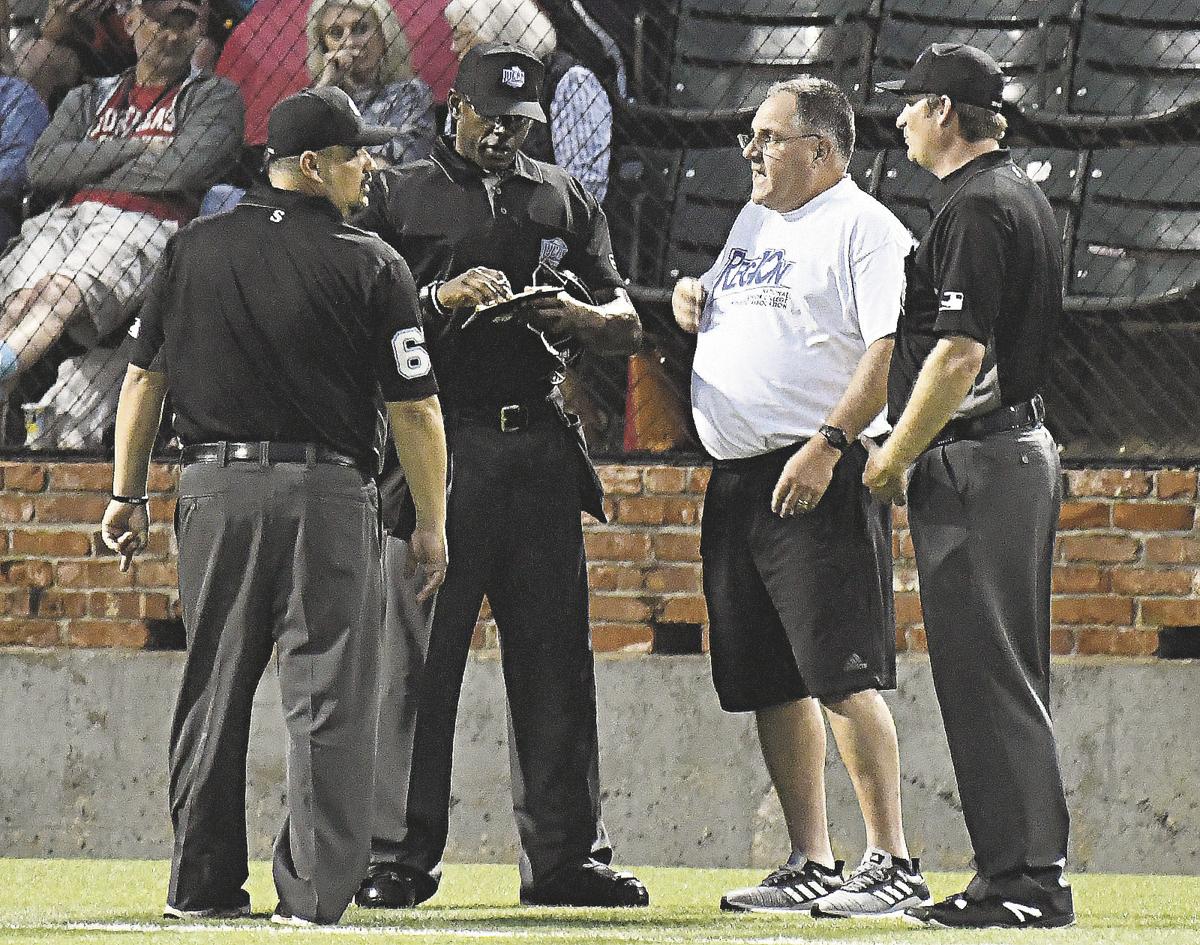 ENID, Okla. — Lind Hartsell had a rather appropriate introduction as the new NJCAA Division II World Series director. Just in time for his arrival.

Sure, the people of Enid were already making a good impression, rolling out plenty of hospitality. That's come to be expected. In fact, Hartsell, a North Carolinian, puts Enid hospitality right up there with renowned southern hospitality. "It's just as good as anybody from the South," he said Friday afternoon at David Allen Memorial Ballpark.

Then there's that other presence that lingers over Enid like a miserable old foe just waiting for when the calendar dates for the Series roll around.

Rain. Not just any rain. No, we are talking Oklahoma thunderstorms-on-steroids. Barge-charging-dams, homes washed away, skies turning bizarre shades of colors not previously known to man, TV weathercaster apoplectic stroking out, storms. But worse, flooding the outfield rains.

It was an early topic of conversation as Hartsell discussed the subject of working around any potential rain issues before the skies fully opened up Friday night wiping out opening ceremonies and shifting the schedule for the first games on Saturday.

The main focus for Hartsell is ensuring player safety and that means that even if the rains have moved out (which is scheduled to occur officially after the last pitch is thrown in the Series). There are still residual concerns.

"I know some people might think it's silly not to play a game because of water in the outfield, but if it's going to affect the game and present a danger potential for our student-athletes, then we're not going to put them in that situation," Hartsell said.

A few years back the Series was forced to move some games to Northern Oklahoma College Enid's Failing Field to make up for lost time and ensure the Series finished on time. It's an option that's there, but Hartsell hopes to avoid if possible.

"It's an option, but you don't want to put Bill (Mayberry) and his crew in that position because you are going to have to double-up personnel, which is tough," he said. "But the most important thing is getting the games in in a fair, safe manner. Bill will bend over backwards to do what's best for this tournament and we appreciate that mentality.

"I am going to have to rely on Bill and Scott (Pendleton) a lot because they know the weather patterns here and I don't."

Hartsell said Saturday (June 1) is the "stop-dead" date to complete the Series. He said an extra day would be a significant undertaking, both in terms of logistics and the impact on the tight budgets of the nine visiting schools.

However, it's not something Hartsell has never dealt with. He currently is the commissioner for NJCAA Region 10, which encompasses Virginia, North Carolina and South Carolina. He has hosted the Division III Series in 2016 and 2017 in Kenston, N.C.

While this is his first time as director of the DII Series — succeeding Rod Lovett, who served as director for the first 10 years of the Series in Enid before becoming NJCAA's Director of Championships — he was the athletic director at Lenoir, N.C., when the Lancers were in the 2010 World Series in Enid. He also took teams to the Series in 2008 (finishing second) and in 2004.

He noted some changes since his last visit to Enid (which only lasted two games).

"They keep adding little things here and there (to David Allen Memorial Ballpark)," he said. "The stands in right field gives it a little more of big-time stadium to feel to it."

"It's a neat town," Hartsell said. "I'm from eastern North Carolina. We're very rural. My granddad farms. We're driving up from Oklahoma City and saw plenty of farmland. But, I'm not used to the big wind turbines and oil fields."

Hartsell has been in involved in junior college athletics for 26 years. From player to coach to athletics administrator. He also had assistant coaching stints at NCAA Division 1 schools East Carolina and Radford. Not surprisingly, he is a staunch supporter of JUCO athletics.

"We're still around because society needs us ... we're providing an opportunity that maybe (student-athletes) couldn't get somewhere else," he said. "I have felt the most comfortable out of all the places I have been, in junior college athletics."

He also puts JUCO baseball up against any level of collegiate baseball. That's a sentiment backed up by the fact that nearly 50 players who have appeared in the D2 Series in Enid have had their names called in the Major League Baseball Draft.

"We have found out in the NJCAA when we find the right fit for one of our tournaments, most of the time it's the small town where the town really embraces the events, and you guys in Enid have certainly done that, and we look forward to hopefully continuing this for a long time," Hartsell said.

"That's what this thing is all about."