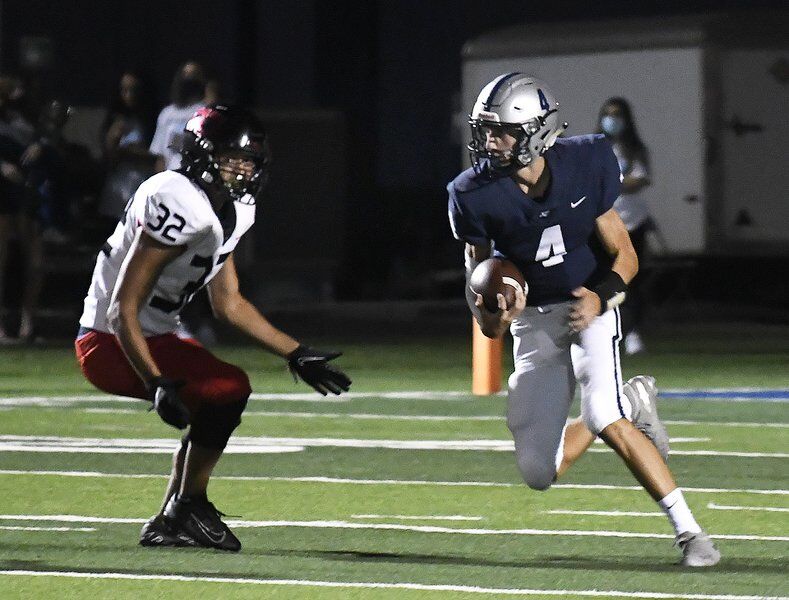 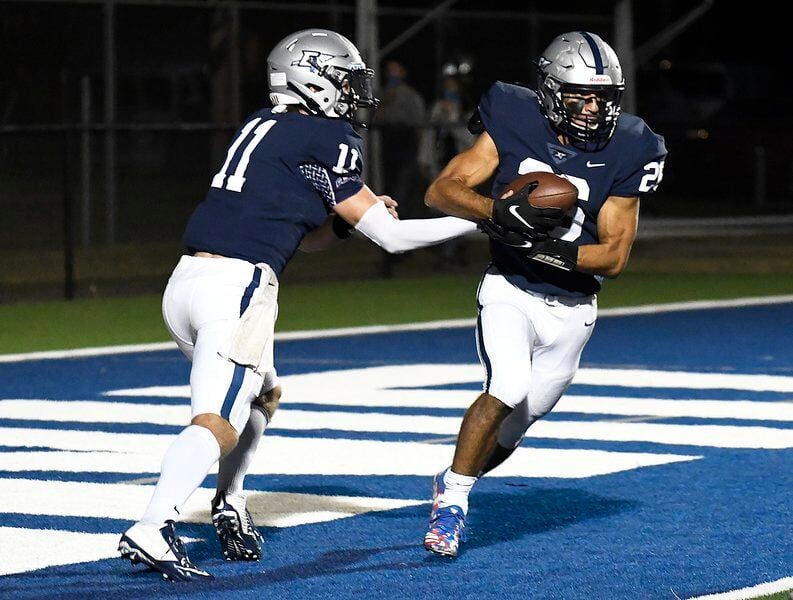 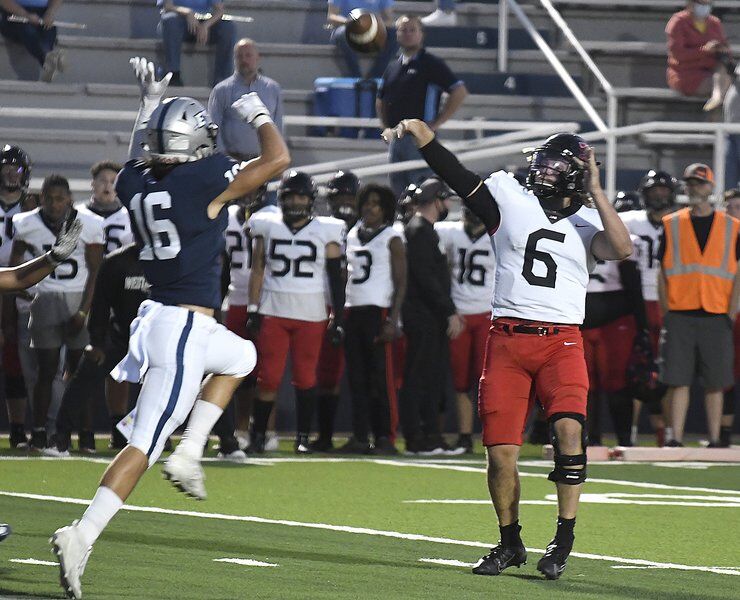 ENID, Okla. — Enid will be looking to halt a three-game losing streak and pick up its first District 6A1-1 this season when the Plainsmen (2-3, 0-2) visit winless Edmond Memorial Thursday at 7 p.m.

Plainsmen head coach Raushan Woods minced no words when discussing last week’s 45-27 loss to Westmoore, a game that saw them fall behind 45-7 before three fourth quarter touchdowns made the score look more respectable.

“It all goes back to our ability to limit mistakes early on. It was probably our worst game as far as mistakes,” Woods said on Wednesday. “Just mental mistakes. Things that we work on every day. Alignment issues, holding penalties. We’ve got to continue to improve, that’s the only thing can really be said.”

The officials didn’t help in a couple of spots either.

A play that was destined for at least a first down, if not a score, was blown dead with the officials then picking up the flag. The very next play saw Johnny Villa apparently score on a long screen pass but a holding penalty that occurred well behind the play negated the score and Enid failed to finish the drive with points.

“They (the officials) made a mistake on our alignment, so that ended up costing us a first down,” Woods said of the picked-up flag. “But those other situations that cost us, we had quite a few plays that were negative plays because of some type of penalty or drop or bad throw here or there that should have been routine plays.

“That’s kind of where we’re at right. We’ve lost a couple of games now by three touchdowns. “We’re able to have nearly 300 yards of offense, not really turn the ball over, but the penalties and misalignment and stuff like that really added up in that game.”

Woods said the team works on those issues twice per day, once in the morning and once in the afternoon.

While there were frustrations last week, there were positive moments.

Quarterback Blake Priest was 20-33 passing for 269 yards with three touchdowns and no interceptions. Senior Maddux Mayberry led the team with 107 yards and a pair of scores. Also, notably, sophomore Luke Rauh had five catches for 91 yards and a touchdown on a day when the ground attack struggled, gaining only 41 yards, though Johnny Villa did record his seventh rushing touchdown of the season.

Rauh stepped up to help fill the void left by Cam Mathis’ absence. Mathis will be out again this week, but is expected back for Enid’s Oct. 23 game at Norman.

“That’s what he did and did extremely well,” Woods said of Rauh. “He’s one of those young guys that we are going to need to be better. As good as Johnny Villa and Priest are for us, I tell the young guys ‘hey, the plan is that you are going to be better so that our team will be better down the road, so every rep that you get now, although you want to get more carries, you have to really take advantage of and do the best you can because you are the future.’ To see him have success is really good when you look down the road.”

The defense had some nice moments as well, including Sean Graves coming up with a couple of timely sacks. Woods said a productive offense would have significantly helped Enid’s defensive effort against the Jaguars last week.

“We would like to hold them clearly to under 40 points, but offense definitely had a part in that as well,” he said. “We’ve got to be able to move the ball and keep the ball from them and then capitalize when we did get them off the field.”

The Plainsmen will be facing a winless Bulldogs (0-6, 0-3) squad that is coming off a 46-3 loss last week to Broken Arrow.

However, it should be remembered that the Bulldogs were also winless last year when they faced the Plainsmen, but proceeded to throttle Enid 35-0 in what turned out to be Edmond Memorial’s lone win in 2019.

While held without a touchdown last week, Bulldogs senior running back Cameron Goff had three touchdowns the week before in a close 27-20 loss to Norman. The Bulldogs have a stout defensive line that will present a challenge.

“We feel it’s a winnable game, just as we thought the last couple of games were winnable,” Woods said.

“It’s really about us. I’ll try to do some things within the scheme of what we do to try to make it easier on our guys, but I kind of felt like I have already been doing that. It’s just we have to give it our best shot, limit those mistakes and put points on the board. We’re going to have to do that if we plan on winning this game. Winning the game is the goal.”