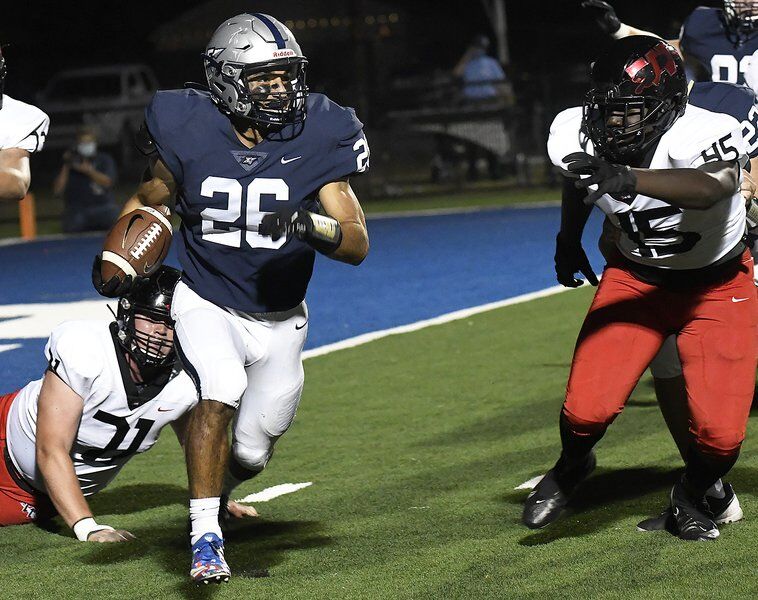 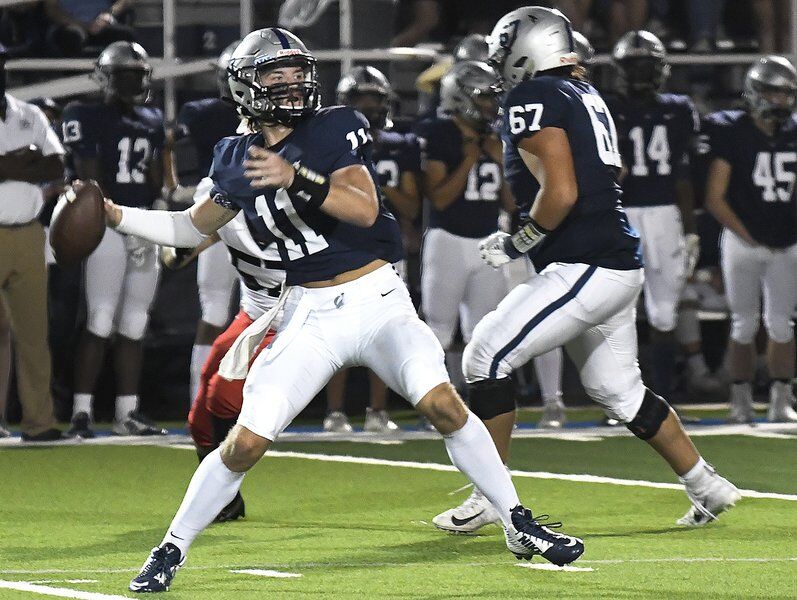 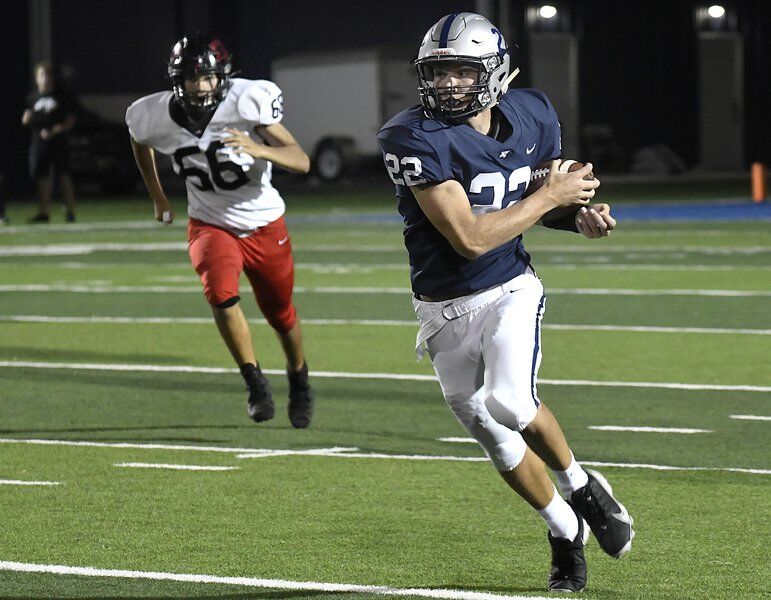 The Enid Plainsmen were defeated by the Westmoore Jaguars 45-27 in a District 6A1-1 matchup on homecoming Friday at D. Bruce Selby Stadium.

The Jaguars (3-2, 1-1) found success in the passing game early, due to poor tackling and coverage. On its first possession of the game, Westmoore faced a third and two on their side of the field. Westmoore quarterback Dayton Wolfe threw a pass to Ethan Lawrence on a 5-yard curl route who caught it, and broke a tackle before running 30 yards for the touchdown.

“Just about every series we had an issue where we couldn’t line up right and we’re working on it every day.” Enid head coach Rashaun Woods said. “I think we’re doing that but when you’re dealing with young men it can be challenging deal.”

Enid is no stranger to Wolfe, the last time Enid faced Westmoore, a 54-0 win by the Jaguars in 2019, Wolfe threw for 264 yards through the air with three touchdowns. But the Plainsmen came into the night with high hopes after a successful beginning to the season saw Enid snap an 18-game losing streak and sitting 2-0.

The Plainsmen showed a few bright spots on the defensive side of the ball but were unable to get consistent stops. Senior defensive tackle Sean Graves was able to get by Westmoore’s offensive line and prevent Wolfe from getting too comfortable in the pocket.

Graves finished with two key sacks in the first half, but still found his team trailing 31-7 heading into the break thanks to four first half touchdowns by Wolfe, including three in the air and one on the ground.

Penalties and miscues have been a problem for the Plainsmen in both their losses this season and Friday night’s contest was no different, especially on offense. Enid’s opening drive ended in just four plays after a holding penalty on second down negated a 35-yard run by Johnny Villa and a high snap on third down forced the Plainsmen to punt.

When Enid got the ball back to begin the second half, quarterback Blake Priest was able to find Villa on a screen pass for a 42 yard touchdown, however, it was called back due to an illegal block in the back. Now facing a fourth and nine, the Plainsmen were forced to punt the ball back to Westmoore.

“We’ve talked about limiting mistakes just about every game and this is no different.” Enid head coach Rasahun Woods said, “We as a coaching staff have to keep plugging away and find a way to continue to help this team improve. That’s what our job is and right now we didn’t do a good job as a coach or staff getting these guys mistake free today”

The Plainsmen were able to find the end zone in the second quarter after a 64-yard screen pass to Luke Rauh put Enid on the doorstep of the goal line. Villa found the end zone three plays later on a sweep around the right side.

Enid was able bring the score back to a reasonable margin with three fourth quarter touchdowns passes from senior quarterback Blake Priest. Two were caught by Maddux Mayberry, including a 50-yard bomb and one was caught on a 4-yard completion to Rauh.

Woods said the team is going to have to figure out how to limit their early mistakes if they want to have a chance to win in the end.

“We didn’t make nearly as many mistakes (in the second half), but we made a few and they obviously brought some subs in.” Woods said.

With the loss, Enid (2-3, 0-2) falls below .500 for the first time this season after winning its first two games. The game marked the home-opener for the Plainsmen after their matchup with Jenks on Sept. 25th was cancelled due to COVID-19. The Plainsmen will host just their second home game of the season on Oct. 30 against Edmond Santa Fe and will have played six road games by that time.

The Plainsmen will look to end a three-game losing skid when they travel to Edmond Memorial Thursday at 7 p.m.