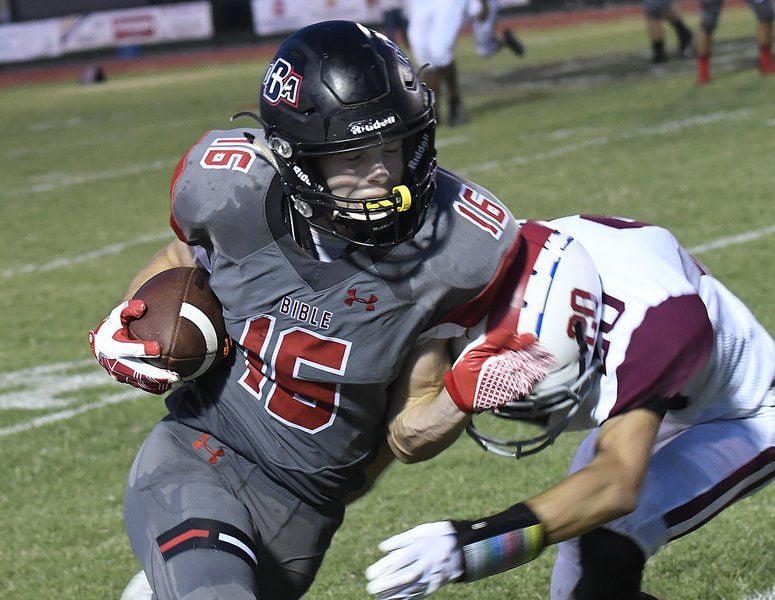 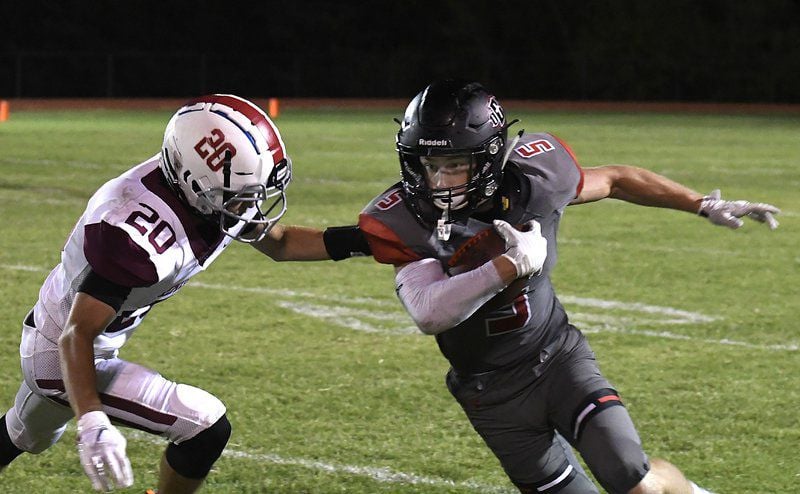 ENID, Okla. — Anthony Fogle has a history of turning around football programs. But never in his previous endeavors has he faced a test quite like the one he's dealing with at Putnam Heights Academy.

"It's definitely been one of the more difficult challenges — and I've been coaching since 2000," Fogle, the team's head coach, said earlier this week. "We'll handle it, and we'll learn as we go and we'll grow as we learn."

Up until the final week of July, Oklahoma Bible Academy was scheduled to play SeeWorth Academy in its second game of the 2019 prep football season Friday night. It would be the fourth meeting in four years between the two programs.

However, chaos quickly developed and those plans were altered.

Just weeks after SeeWorth Academy Charter School was placed under control of Oklahoma City Public Schools following allegations of financial misuse by former SeeWorth superintendent Janet Griggs, SeeWorth Inc. notified the district that it would not turn over the lease to the school's property.

SeeWorth's decision was disclosed on July 23, less than three weeks before the school was scheduled to begin classes.

Following the announcement, OKCPS determined it would move the students to Putnam Heights campus in Oklahoma City, with its new name Putnam Heights Academy. Fogle said some of the previous staff was transferred over, but not all.

Not only did the abrupt transition affect academics, it also posed problems for the school's athletics. Necessary information regarding the students and student-athletes needed to be forwarded over to the new school.

"Until you get physicals and you get all the other things that you need, I mean, there's nothing that you can really do," Fogle, who was hired to lead the football program in mid-July, said. "We were behind the gun either way it looked."

Putnam Heights also needed to decide on a new nickname. The school settled on 'Panthers' since that was the mascot for the old Putnam Heights Elementary.

"Eventually our colors will be navy and white, kind of like Penn State," Fogle said. "This year you'll see us in the yellow, or the maroon or white."

Despite a tightened preseason practice schedule, the Panthers opened their 2019 season against the Oklahoma City Patriots, a team comprised of home schooled students, last Friday. Putnam Heights lost 46-0 in a game Fogle described as a "glorified practice."

Fogle, who has helped revive programs across Oklahoma, from Guymon to Northeastern Oklahoma A&M, sees this season as the first step of many in terms of getting his players to understand the system, philosophies and schemes he and the rest of his staff want to operate by. He also holds some credibility as an Oklahoma Sooners star in the mid-1990s before moving on to the NFL for two seasons.

The Panthers are scheduled for just six games this season, but Fogle is hopeful that once the Oklahoma Secondary School Activities Association reassigns the districts, Putnam Heights will play a full nine or 10-game season.

For now, the Panthers will play all of their games on a non-home field. Eventually, Fogle believes his team will consider Taft Stadium in central Oklahoma City its home turf.

To help Putnam Heights feel at home Friday, OBA will decorate the visiting players' lockers and feed the team a post-game meal.

"We want to provide a good atmosphere for them," OBA athletic director and defensive coordinator James Cheatham said.

Fogle, who advocates for inner-city schools to play opponents outside of the Oklahoma City metro, commends the Trojans' supporting efforts during a stressful time for Putnam Heights.

"I think it's just a first-class way to do things," Fogle said.

Cheatham and Fogle coached together at NEO for one season in 2012. Cheatham was the Norsemen's defensive coordinator, while Fogle coached the receivers.

Fogle said he'll enjoy the opportunity to catch-up with his former colleague, but knows when it comes to the game, his Panthers have their work cut out for them.

"They do things well in all three phases of the game," Fogle said of OBA. "I know for a fact that we'll have all of our challenges on the table."

Oklahoma Bible Academy's game against Putnam Heights Academy, which kicks off at 7, also will be Military Appreciation Night.

According to OBA athletic director James Cheatham, spectators with a military ID will be admitted free of charge for Friday's game. Chetham also said the Trojans' student section will be honoring the United States and military with their dress and attire.

Nagel is a sports reporter for the Enid News & Eagle.

Have a question about this story? Do you see something we missed? Do you have a story idea for Cody? Send an email to cnagel@enidnews.com.