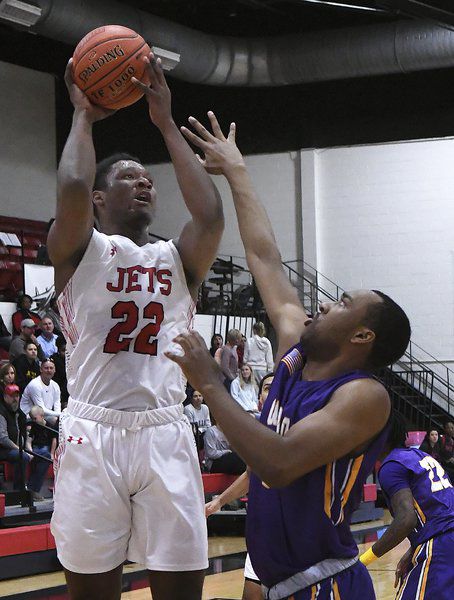 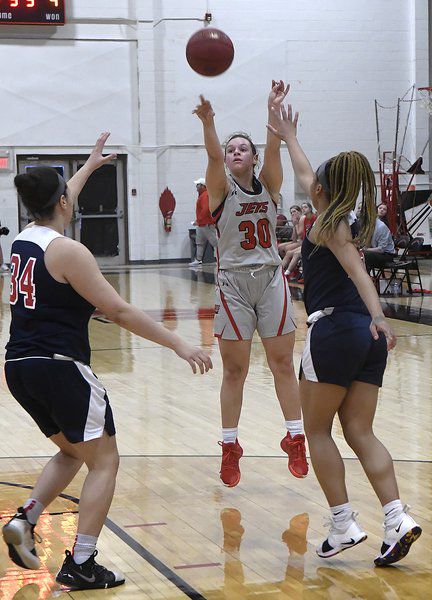 The Lady Jets (16-6 overall, 7-4 OCAC), behind a career-high 31-point effort from freshman guard Madeylyn Hankins, downed the Lady Mavericks 81-69 on the road Thursday. The win kept the Lady Jets in the thick of things at the top of the OCAC standings as part of a three-team logjam for first place along with Redlands Community College and Eastern Oklahoma.

The Lady Jets, who have struggled at times trying to overcome the loss of key starters Sarah Griswold and Kaylee Hurst due to injuries, may have found the spark and scoring punch needed with Hankins.

The Blackwell freshman, who had been primarily coming off the bench, scorched the Lady Mavs, going 7-13 from beyond the arc, was a perfect 6-6 from the free throw line and even pulled down five rebounds in a starting role. It was Hankins' second-straight game in double figures after scoring 21 points in the Lady Jets' 67-56 loss to Seminole on Feb. 3.

Shelby Black, who is averaging a team-leading 16.9 points per game and had 18 points in NOC Enid's win over NOC Tonkawa, led the Lady Jets in scoring with 11 points the last time NOC Enid met NEO. The Lady Norse were led in scoring by Ivvana Murillo's 20 points, one of three players in double digits.

The Jets (14-11, 5-6) have lost two of their last three games after falling 96-71 at NOC Tonkawa on Thursday. It also was the second time in three games the Jets surrendered 96 points in a losing effort, falling 96-86 at Eastern Oklahoma on Jan. 30. Sandwiched around the losses was a 70-69 gut-check win at home over Seminole.

Josh Perkins had a strong game in the loss to the Mavericks, with a team-high 22 points on 9-13 shooting from the field. The sophomore forward is averaging 63.1% from the field this season. Joining Perkins in double digits against NOC Tonkawa were Jalen Stamps with 14 and Rance Kendrick with 11.

However, overall the Jets shot less than 38% from the field and the bench contributed only nine points Thursday night.

By contrast, the Mavericks shot nearly 60% from the field, including 51.9% from three-point range with Avante Lederer (28 points) and Tyrel Morgan (22 points) doing most of the damage.

While NEO had three players in double-figures in that game, the Jets held the Golden Norse to only 47% from the field and 36.8% from three-point range and will be looking for a similar defensive effort against second-place NEO.

The Jets will need a similar effort on defense Monday against NEO.

NEO is coming in riding a five-game winning streak, with its most recent win a 125-47 victory over Central Baptist College JV on Friday in a non-conference game. The Golden Norse's most recent OCAC win was a 75-68 victory over NOC Tonkawa on Feb. 3 and were led by sophomore Rudi Williams' 23 points.

The Jets limited Williams to 16 points in their overtime contest on Jan. 9. Williams averages 19.7 points per game and is second in NJCAA Division 1 with 9.2 assists per game. He has more than 20 offers from 4-year colleges, including a recent offer from Washington State.