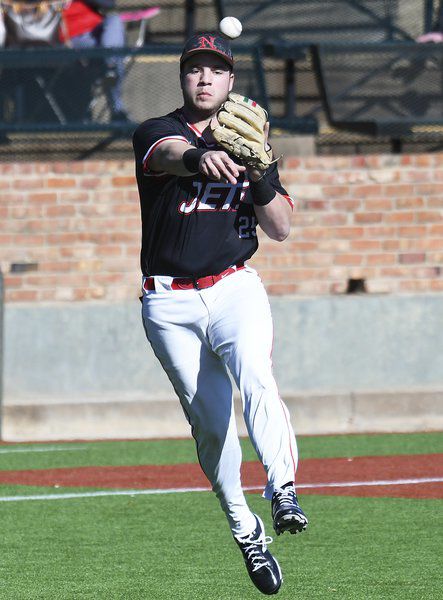 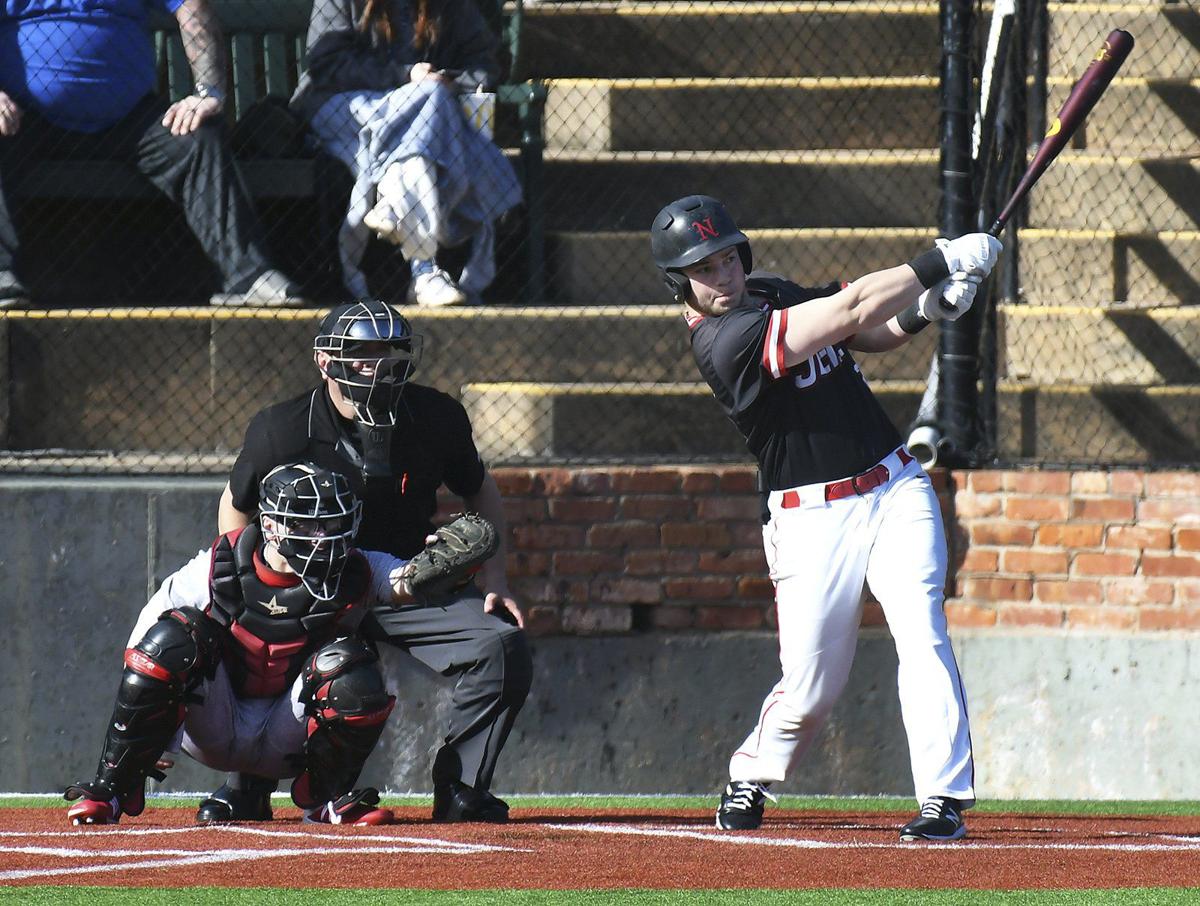 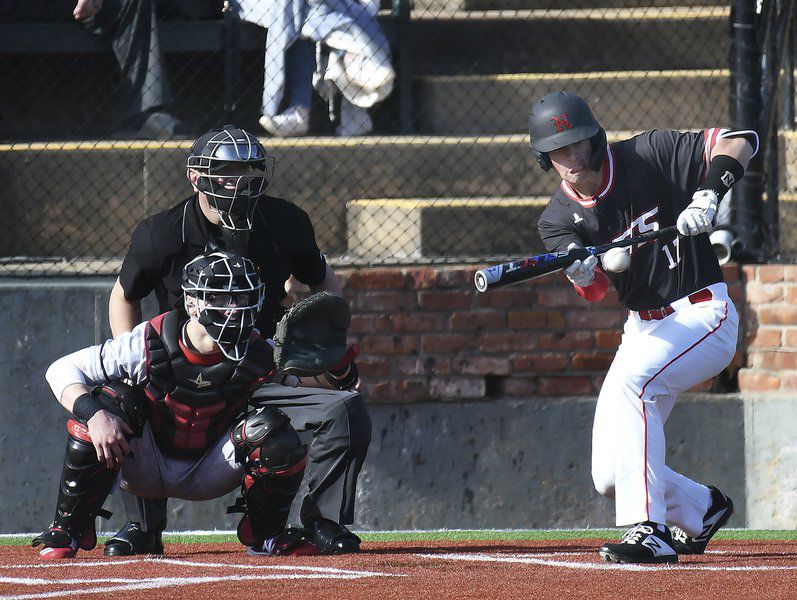 NOC Enid’s Matthew Henderson lays down a bunt for a base hit against Northeast Nebraska Saturday, Feb. 1, 2020, at David Allen Memorial Ballpark.

NOC Enid’s Matthew Henderson lays down a bunt for a base hit against Northeast Nebraska Saturday, Feb. 1, 2020, at David Allen Memorial Ballpark.

ENID, Okla. — The prestige that comes with being the new head coach of the Northern Oklahoma College Enid baseball program still hasn’t worn off for Scott Mansfield, even six months later.

But the Hawks couldn’t hold off the Jets in game two, as NOC Enid overcame a three-run deficit and sealed a 5-4 victory thanks to a walk-off single by sophomore Matthew Henderson.

“It’s just coaching baseball like you have been for 10-15 years,” Mansfield said.

Part of coaching is “making the right moves,” Mansfield added. With this new-look NOC Enid club, there will be plenty of moves to make as the Jets try and find the best roles for everyone.

Freshman Ambren Voitik left little doubt in his ability to fill the leadoff spot in the lineup. The Enid High product was a pillar for the offense all day, and got a hit every time he led off the inning.

In game two, his RBI single in the bottom of the fifth inning helped Enid cut into Northeast’s three-run lead.

After Voitik made it a 4-2 game, freshman Connor Thaxton belted an RBI single to left field.

Then, in the bottom of the seventh inning, Voitik hit a leadoff single and sophomore Alec Buonasera and freshman Cale Savage drew walks to load the bases.

Henderson’s walk-off hit drove in Voitik for the game-winning run.

Voitik went a combined 6-for-8 at the plate with two RBI. He also hit a solo home run over the centerfield wall to lead off game two.

Mansfield said a leadoff hitter has to be “absolutely fearless and ready to get the offense going.”

“I think he showcased that in every single at-bat today,” Mansfield said of Voitik.

Voitik attributed his performance to hard work and teamwork.

“These guys help me out every day with (batting practice) and hitting,” he said. “I just get in there with as much confidence as a can. I know if I can get on, they’re going to drive me in.”

In game one, Voitik hit a leadoff single to centerfield and later scored a run in the same inning to help give Enid a 2-0 lead. He later helped ignite a fifth-inning rally after NOC Enid fell behind 7-2.

After Voitik’s leadoff double to left field, Thaxton followed suit with a double of his own.

Then, Buonasera knocked a three-run home run off Northeast relief pitcher Preston Tenney to make it a two-run game.

Tenney then put the Jets within a run when he walked sophomore Shane Nixon with the bases loaded.

Northeast’s offense, however, was able to bail Tenney out as the Redhawks scored three runs in the top of the sixth to seal the win.

Like Voitik, relief pitcher Alex Smith was able to make a name for himself as a newcomer. Smith threw three scoreless innings to help NOC Enid achieve its game two comeback.

Smith, who relieved game two starter sophomore Stevie Owings, allowed one run in his four innings of work, earning him the win.

“I’ve been looking forward to this since we got here in August,” Smith said.

Smith ran into adversity early in his appearance, allowing two men on base before Northeast’s Caiden Hill drove in the Hawks’ lone run against Smith on a sac bunt.

Mansfield took a mound visit with his freshman reliever shortly after.

“You could see he was very emotional and eager to get going,” Mansfield said. “I said, ‘Hey, just calm down and enjoy the moment, and breathe and control what you can control.’”

After that talk, Smith went on to strike out five batters over four innings. Three of the four innings were ended with a strikeout.

“I know my team is really good,” Smith said. “So, I just throw strikes and let them make plays for me.”

Mansfield said the starters had “complete freedom to throw breaking balls,” and continue to work on their pitches.

NOC Enid and Northeast will complete the four-game series with a doubleheader Sunday at David Allen. Game one starts at noon.