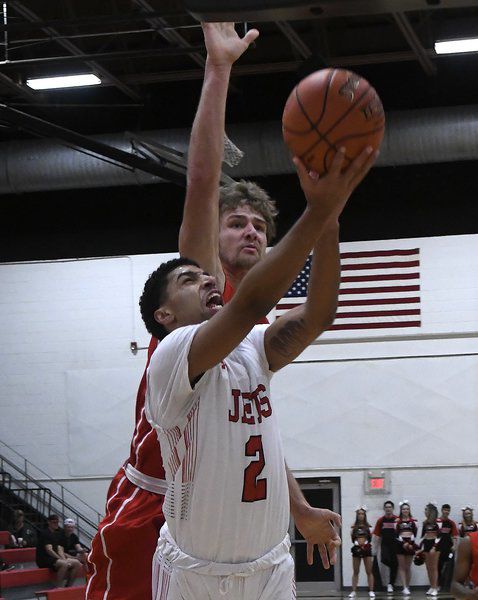 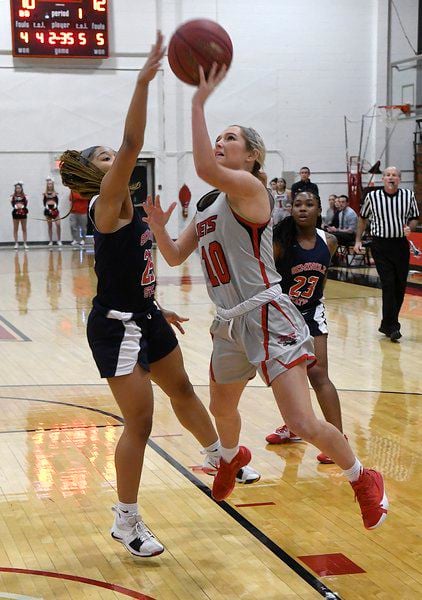 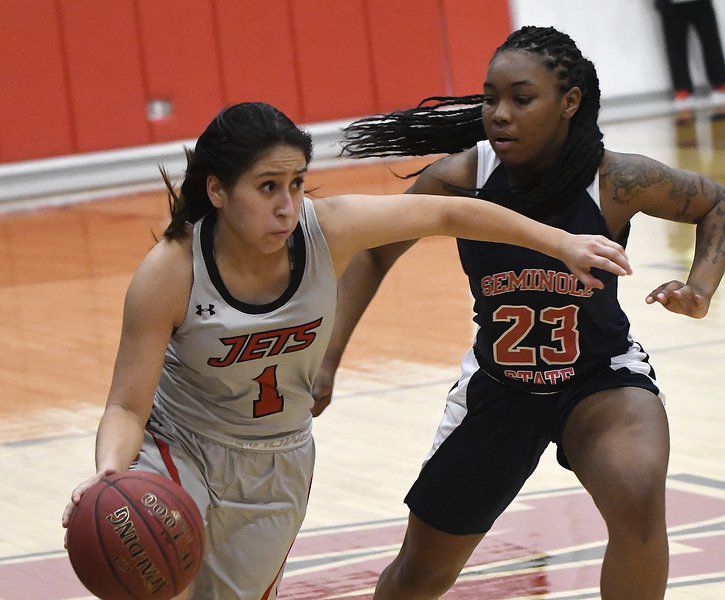 ENID, Okla. — The NOC Enid men have done a lot of growing in the last year.

“We’ve made a lot of growth,” Jets head coach Aaron Butcher said before practice Wednesday. “Take the Seminole game. I think that’s one where, last month, we don’t win it.”

“But there has been good progress," Butcher said.

At this point last season, the Jets were five games below .500 and barely shooting 40% from the field. Now, they’re four games above the .500 mark and are shooting a collective 45.3%.

“It’s a bear at both ends,” Butcher said. “You got to work to get good looks and you got to knock (shots) down when you do get them. But you’ve got to be great defensively against them.”

The Jets defense will face an offense that averages 92.5 points per game. Demaree King, NOC Tonkawa’s top scorer, is averaging nearly 20 points per game and shooting 51.7% from the field.

Butcher said NOC Enid’s defense has made the most growth, especially in the second half of the season.

NOC Enid is 6-3 since the start of January and the defense has allowed around 75 points per game in that span. The offense — which is averaging 78 points per game — scored at least 80 points in five of the last nine games.

“This is kind of new territory for us,” Lady Jets head coach Scott Morris said at Wednesday’s practice.

When asked how a team approaches practice in the midst of a losing streak, Morris said, “Philosophy is something that definitely needs to change in preparation if nothing more than mental mindset.”

Morris and his staff aren't trying to reinvent the wheel.

“But I do think you just have to mix it up while you’re preparing, and that’s what we tried to do this week,” he said.

The Lady Jets, who average 75 points per game, “hit the brakes” this week and focused on the finer details of their game.

“What we’ve accidentally done through the course of the season is we’ve shifted away from the very essential fundamentals,” Morris said.

Those fundamentals include being in the right place on defense, proper footwork and running transition lanes properly.

"Those kinds of things take care of a lot of those details for us," Morris said.

“The kids have a great attitude and they want this (win) desperately,” Morris said. “So, they’re really buying in and searching for it … That’s a plus — their positive attitude and their persistence in trying to fix this.”

Despite NOC Tonkawa’s eight-game losing streak, Thursday's game is not looked at as a slump-buster. The Lady Mavericks still have a capable offense that isn’t afraid of taking the deep shot. NOC Enid ranks 10th in the country in three-pointers per game (9) and takes around 30 three-point attempts per game, second-most in the country.

Outside of NOC Tonkawa’s willingness to shoot the three, NOC Enid will not know much of what to expect from the Lady Mavericks.

“They’ve been struggling and (head coach Greg Krause) is smart enough to know they’ve also got to try different things,” Morris said. “They’re kind of in that trial-and-error phase, so we don’t know exactly what they’ll try.”