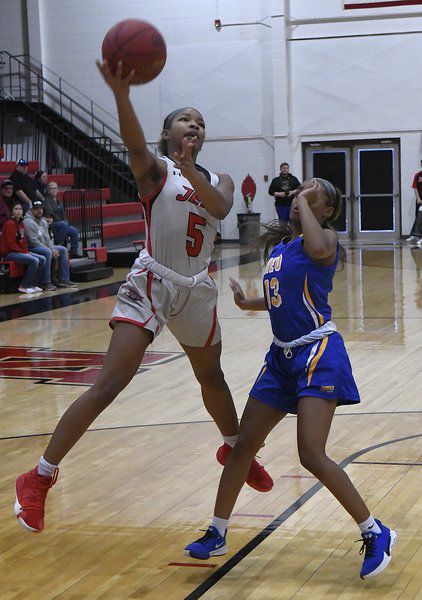 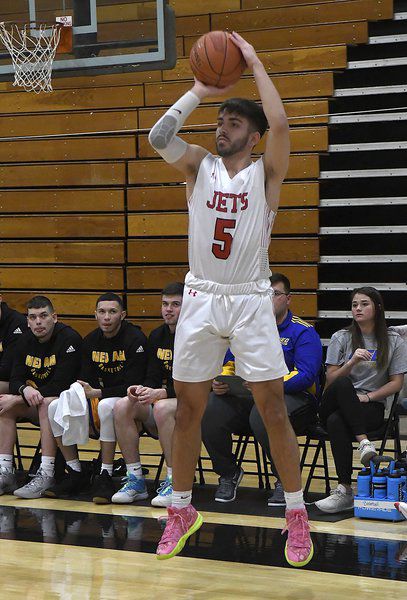 "Sometimes a 40 percent shooter goes six of six when it matters,'' said NOC Enid coach Scott Morris. "That's a credit to her. She stepped up and played.''

NEO had rallied back from a 10-point deficit (43-33) with a 23-13 spurt in the fourth quarter to force overtime. It outscored the Lady Jets, 19-14 in overtime, hitting 10 of 11 free throws. Tonijah Fortune, who had 16 points, gave NOC Enid a 66-65 lead with a layup with a minute left. Ivvana Murillo gave the Golden Norse a 67-66 lead on the next possession and Brooks hit six straight free throws over a 20-second span to keep the Lady Jets at bay.

Hayden Freeman cut the lead to 69-68 with a layup with 15.4 seconds left, but Brooks made two free throws to make it 71-68. NOC Enid was called for a five-second violation and Brooks responded with two more free throws. Tanara Combs cut the lead to 73-70 with 5.3 seconds left. Combs led the Lady Jets with 19 points.

On the next possession, Morris argued unsuccessfully the Lady Jets had forced a backcourt violation before Dariann Myles was fouled. Myles hit the two free throws to ice the game. Morris, while upset about the call, said it didn't cost NOC Enid the game.

"We did a thousand other things that cost us the game,'' Morris said. "We have to worry about the things we can control and just hope we get a fair shake on the other end. We had it and let it go ... that's been the story of the entire season this year. It's either feast or famine. This team has been hot and cold. They are great kids and I love working with them, but there are some things we have to get better at and be more consistent.''

NOC Enid trailed only 25-24 at halftime despite shooting only 7 of 31 from the field. Combs had 10 points in the third period to spark a 19-8 spurt to give her team a 43-33 lead. NOC Enid was only four of 12 in the final period. The score was tied five times in the fourth quarter.

Shelby Black hit her lone three in regulation to give the Lady Jets a 56-53 advantage with 48.2 seconds left, but Koreen Kirksey, who led the Golden Norse with 21 points, answered back with a trey with 25.7 seconds. NOC Enid tried to try to get Black to the rim for the final shot, but her path was blocked. Fortune missed a three, which would have given NOC Enid the win.

It was a tale of two halves for the Jets in falling to the Golden Norse, 73-67.

Zach McDermott led NOC Enid with 19 points, while Rance Kendrick had 15 and Ikenna Okeke had 10. The Jets, down 66-55 with 3:02 remaining, rallied to cut the lead to 69-67 after a three-point play by Okeke with 27.9 seconds left. The Golden Norse, though, hit four free throws in the final 22.6 seconds left for the final margin.

The Jets were without Josh Perkins, who missed the game because of a family illness.

"I was proud of the way we fought back,'' Butcher said. "The difference was they hit their free throws.''

A turning point might have been when Andrew O'Brien was called for a technical for taunting after a slam dunk to cut NEO's lead to 45-42 with 11:56 remaining.

NEO (18-6, 10-1) turned that into a five-point play as Rudi Williams hit both free throws and then a three. Williams led NEO with 29 points.

"The crowd was getting into it,'' Butcher said. "We were thinking 'if we just get a stop now' ... it was deflating to put them on the free throw line.''

NOC Enid is off before returning to league play at Seminole next Monday.