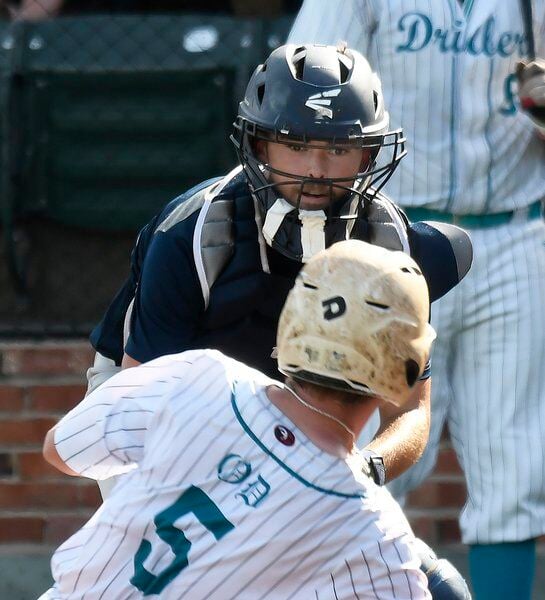 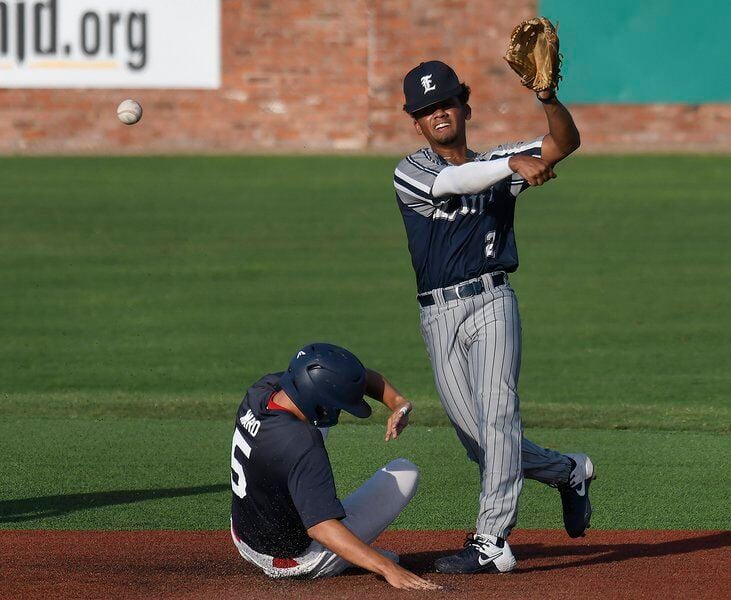 The win kept the Majors undefeated atop Pool B at 2-0 in the tournament. Woodward fell to 0-2.

Trailing 3-1 in the bottom of the third inning, the Majors' Dave Kerr was hit by a pitch to lead off the inning. Gore then stepped to the plate and took the next pitch from Woodward starter Aiden Bagwell over the left field wall to tie the game at 3-3. However, the Majors didn't hold the lead for long.

Woodward regained the lead in the fourth inning when Bagwell delivered a bases loaded single with two outs. The Majors got out of the inning when Luke Jestis tried to advance from second to home but was thrown out at the plate.

Bagwell helped his own cause for the Travelers by going 3-for-4 at the plate.

The score remained 4-3 until the bottom of the sixth inning. Chase McCracken opened the Majors' half of the sixth by reaching base on an error. A one-out single by Shelby Gregory and a walk to Willie Fleece loaded the bases. After Brady Benedict came in for the Travelers, Dave Kerr reached base on a walk, tying the game at 4-4.

Gore's sacrifice fly broke the tie and Fleece scored on an error as the Majors took a 6-4 lead into the seventh.

The Travelers didn't go quietly, adding a run but with runners at the corners with nobody out, Majors relief pitcher Piercen McElyea put the Travelers' rally down with back to back strikeouts and a pop out to end the game and secure the victory.

The Enid Plainsmen dropped to 1-1 in the Connie Mack Oklahoma State Tournament, falling 9-0 in a five-inning rule loss to the OK Drillers.

The Plainsmen (17-6) fell behind 3-0 in the first inning when the Drillers were the beneficiaries of a walk and two errors in the inning. The Drillers, who improved to 2-0 in Pool A play, doubled their lead to 6-0 with three more runs in the third by taking advantage of Enid's third error and a hit batter to go along with two singles.

The Drillers added two runs in the fourth inning on a pair of doubles, a single and a walk and added a run to make it 9-0 in the fifth inning.

Kade Goeke had the only extra base hit for the Plainsmen, a third inning double as Enid threatened, but couldn't take advantage of Goeke's double and a pair of walks. The Plainsmen left seven runners on base in the game.

Only four of the Drillers' nine runs were earned runs.

The Plainsmen continue pool play Friday with a noon contest against Burkburnett (Texas).

No games due to All-State games