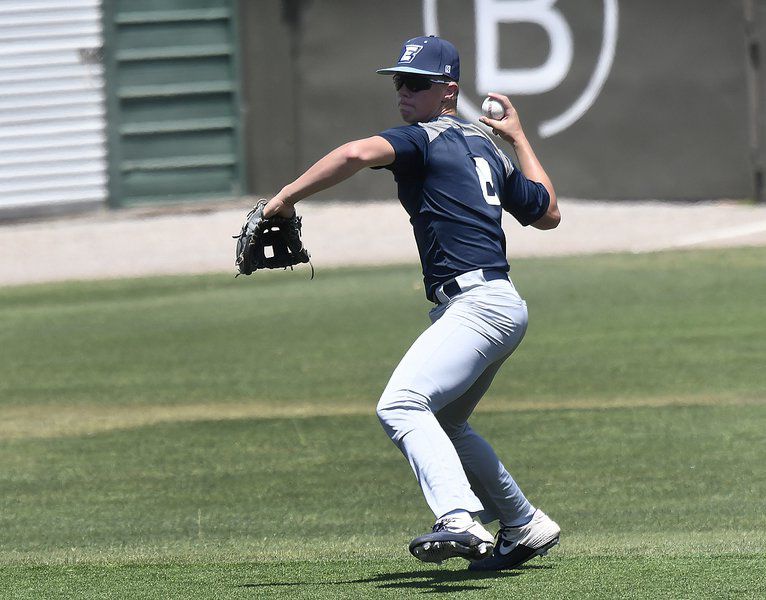 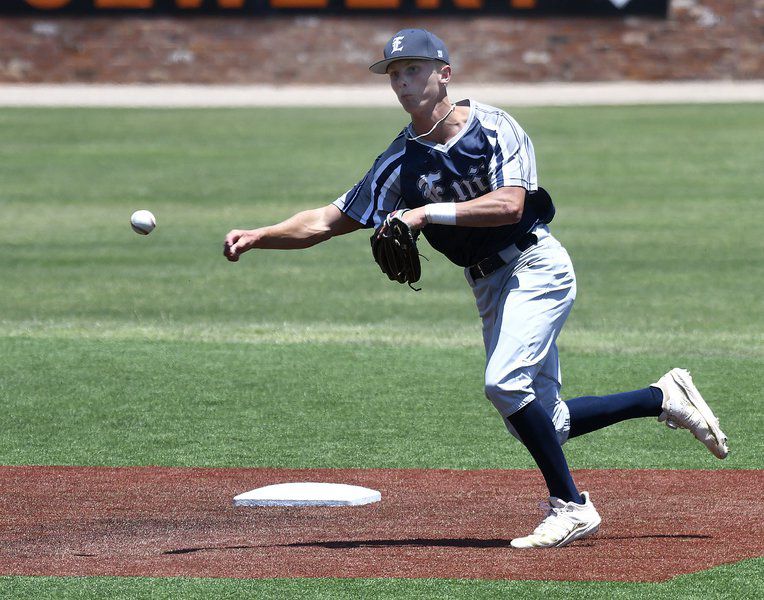 Enid Majors' Tate Taylor makes an off balance throw to first for an out against Three Rivers Saturday, June 13, 2020, at David Allen Memorial Ballpark. 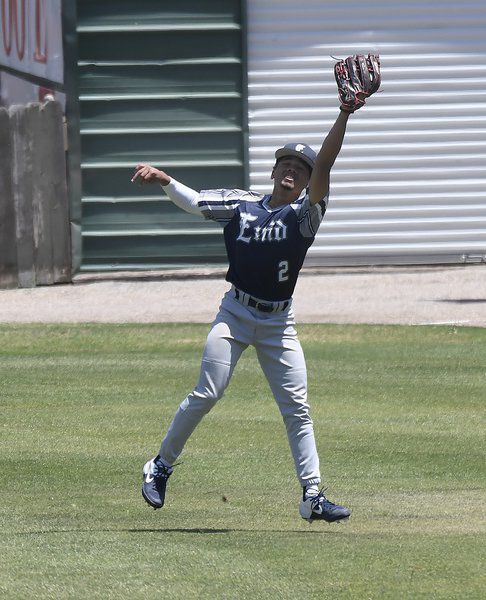 Enid Majors' Tate Taylor makes an off balance throw to first for an out against Three Rivers Saturday, June 13, 2020, at David Allen Memorial Ballpark.

Over the course of the five day tournament, which opens Wednesday and runs through Sunday, 23 games are slated to be played at the downtown ballpark involving 10 teams, including the Enid Majors and the Enid Plainsmen.

The Majors are coming into the tournament with a 6-2 record after going 3-1 in last weekend's Enid Baseball Festival. The Majors opened the Festival with a 3-1 loss to Three Rivers before closing with three straight blowout wins, defeating Bartlesville by scores of 9-2 and 17-2 and wrapping it up with an 11-1 win against the Plainsmen.

The Plainsmen are 6-3 this summer after splitting their four games last weekend. After opening 2-0 on the first day with a 4-3 win over Three Rivers and a 6-5 win over Bartlesville, the Plainsmen lost a tight 2-1 contest to Three Rivers and then fell to the Majors on Sunday. However, it would be fair to say the Plainsmen have been punching up in these tournaments, frequently playing against older competition yet are more than holding their own.

The Majors open the tournament Wednesday at 9 a.m. against MVP Heath, a team out of Norman. They are followed at 11:15 a.m. by the Plainsmen taking on MVP 18.

A total of six games are slated for Wednesday with the day ending the way it begins with the Majors and Plainsmen playing in the nightcaps. The Majors battle Bartlesville at 6 p.m. and the Plainsmen at 8:15 p.m. taking on the OK Mudcats, a team that visited David Allen for the Oklahoma Shootout earlier this month. The Mudcats (14-12) held on for a 9-8 win over the Plainsmen on June 3.

The tournament will be using pool play format. The Majors will be in Pool A along with Bartlesville, MVP Heath, OK Drillers and Shockers Black. The Plainsmen are joined in Pool B by Shockers Red, MVP 18, Cherry Creek and OK Mudcats.

The Majors and Plainsmen are both off on Thursday due to graduation ceremonies for Enid High School.

On Sunday, the first playoff game will have the Pool A winner facing the Pool B runner-up, followed by the Pool B winner taking on the Pool A runner-up. The winners of those games will meet at 3 p.m. Sunday with a berth in the Connie Mack regional tournament (to be played July 8-12 at David Allen Memorial Ballpark) on the line. However, by virtue of hosting this week's tournament, the Majors are automatic qualifiers.

Pool standings will be determined by win/loss records. If there is a tie at the top, the tiebreaker formula is head-to-head results followed by fewest runs allowed and most runs scored. If a tie still remains it will come down to a random draw.

There will be a two-hour time limit on games, meaning no new inning can start after two hours. Ties are possible. However, there will be no time limit for Sunday's playoffs and championship game.

Admission for tournament games is free.