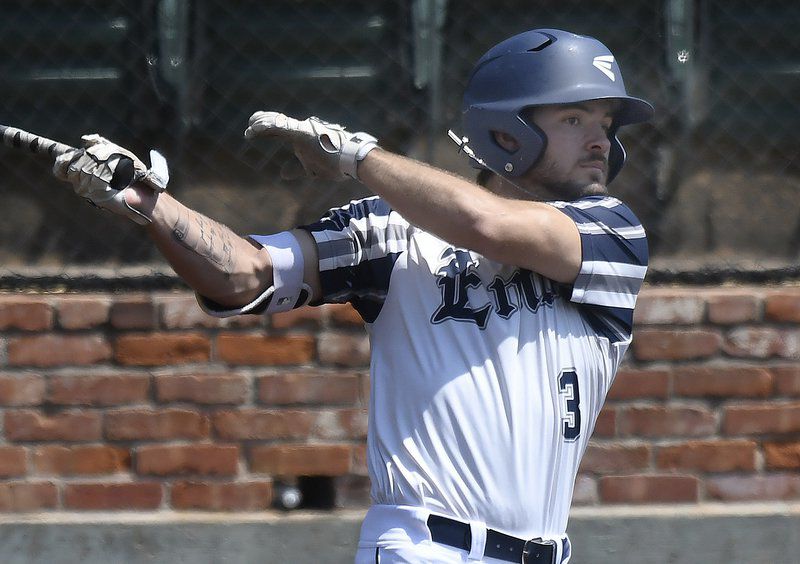 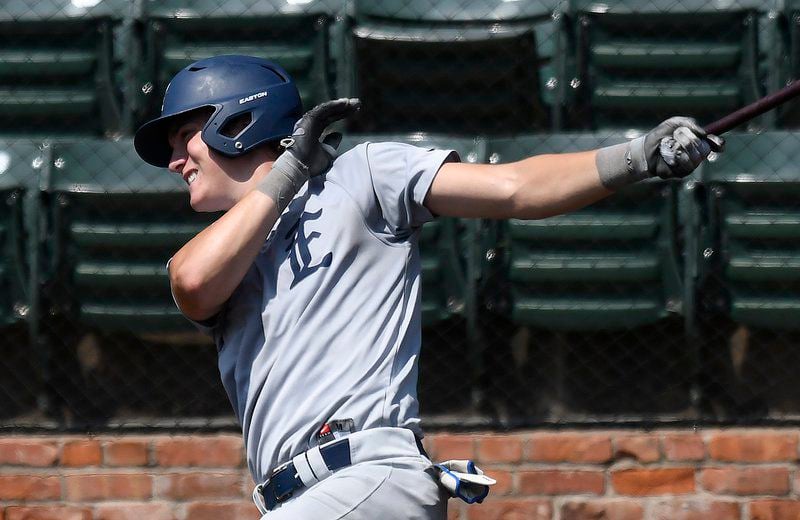 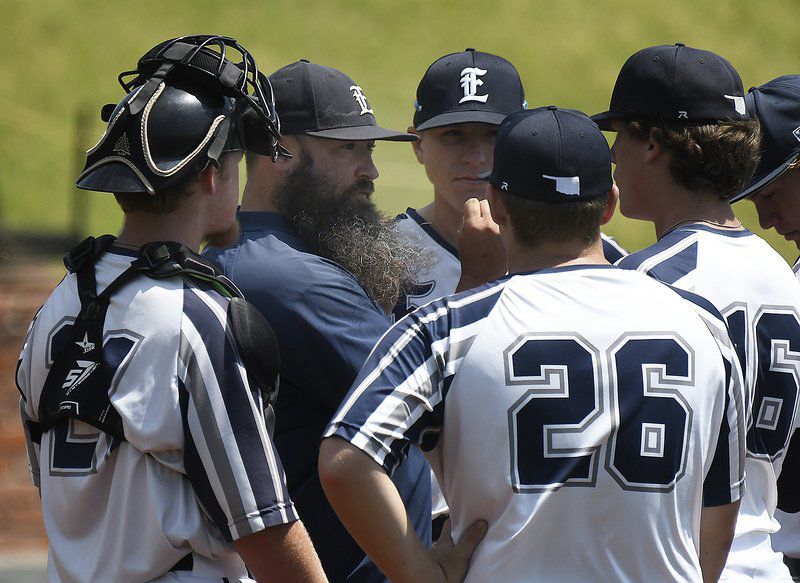 ENID, Okla. — Prior to the Enid Majors' summer baseball season, the team's new coach, Kris Webb, had a couple of goals to accomplish that were fairly ambitious. After Sunday, he can put a check mark next to one of those.

The Majors rallied back from a 3-0 deficit in the championship game of the Connie Mack South Plains Regional championship game at David Allen Memorial Ballpark on Sunday to defeat pre-tournament favorite MVP Seng 7-6 in extra innings. However, early on, the Majors squandered several opportunities to plate some runs, stranding 10 baserunners in the first three innings alone.

"We left a small village on the bases," Webb said Sunday after the win. But he quickly turned the focus away from anything negative in the afterglow of the victory that sent the Majors on to the Connie Mack Classic. It wasn't just the first time the Majors have won the regional, it also was the first time in the 55-year history of the regional an Oklahoma team had won.

There were several heroes for the Majors, but none more so than a player who had primarily been used on the mound in short relief that came through with 4 2/3 innings of relief that allowed the Majors time to get back into the game.

"I want to give a big shout out to Piercen McElyea," Webb said. "To come in there like that ... he's only been throwing an inning at a time for us all summer long and he goes (after each inning), 'Coach Webb, I've got another one.' I go, 'you keep on going, you keep on going.' So hats off to that young man, he competed his tail off today (Sunday)."

McElyea allowed only one hit and one run while striking out three and allowing no walks. The only run came off a solo home run by MVP Seng's Dondi King in the sixth that broke a 3-3 tie after the Majors had tied the game in the bottom of the fifth inning.

The intensity of the game was on display after King's go-ahead homer when Webb came storming out of the dugout one batter later and delivered some pointedly loud words at the home plate umpire.

"I was unhappy with the inconsistency of the strike zone and that was it," Webb said. "So, me and the umpire had to have a conversation.

"I don't care what we're playing, craps, dice, I want to win," he said. "I got an 8-year-old daughter at home. I cheat when we play 'Chutes and Ladders' sometimes to win," Webb said with a laugh.

The Majors tied the game at 4-4 on Dom Johnson's RBI single in the bottom of the seventh that sent the game into extra innings, where the new tie-breaker rule, calling for the extra inning to be started with a runner on second base for each team, played a big role. The teams each scored a run in the 8th and MVP Seng added a run in the top half of the ninth to lead 6-5.

Connor Gore's double tied the game at 6-6 in the bottom of the ninth and Bryce Madron then delivered the game-winning single to send the Majors to the 7-6 win.

Webb has expressed his dislike of the new extra-inning rule, but Gore, who was named tournament MVP, had a different view.

"I honestly like it a lot," Gore said. "Sometimes you can just keep going and going and never know who is going to score but then you get a guy there (at second base), it sometimes makes stuff happen. You never know. I like that."

Gore said the win over MVP Seng will also give him some personal bragging rights.

"I know a lot of those guys, a couple of those guys are going to Oklahoma State with me," he said. "It's tough love. When I go up there in the fall I'm going to have to say something about it. Rub it in a little bit. It's a great ball club."

Webb said while Seng was good, his club was clearly no slouch.

"We have a good bunch of guys over there that are a little bit hungry and a big shout out to Coach Cody Milligan, who is helping me. He's been working his tail off in the cages with the guys and it's definitely showing at home plate.

"This championship means a lot because it's just a great group of kids that missed out on some really great things this spring that they could have potentially had. Just to have a little bit of this is really special."

So, after Sunday it was one preseason goal down with another that could be achieved by the end of this week when the Majors (and Plainsmen) compete in the Connie Mack Oklahoma State Tournament.

"We had two goals: to win the regional and win the state tournament," Webb said. "We wanted to put Enid on the map that way again and to make this the powerhouse we know it can be."

The Majors, who went 6-0 in the tournament to raise their overall record to 19-3, will now have a chance to potentially play for their first national title since winning the American Legion World Series in 2005.

Classic replaces World Series: The Connie Mack Classic replaces the Connie Mack World Series, which has been played annually in New Mexico. However, New Mexico wasn't available due to coronavirus-related situational lockdowns. The Classic will feature 32 qualifying teams from around the country playing at two sites each in Kansas (Pittsburg State and Jaycee Park) and in Joplin, Mo. Each team will be guaranteed four games.