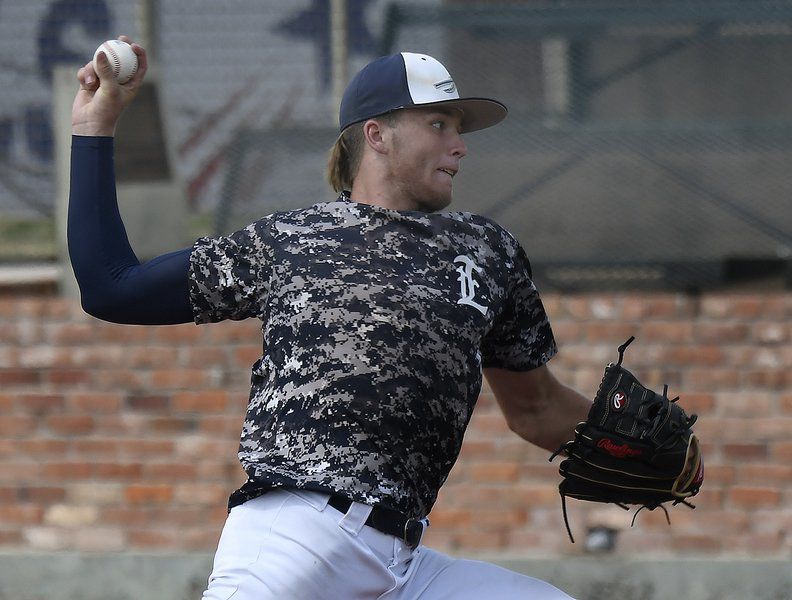 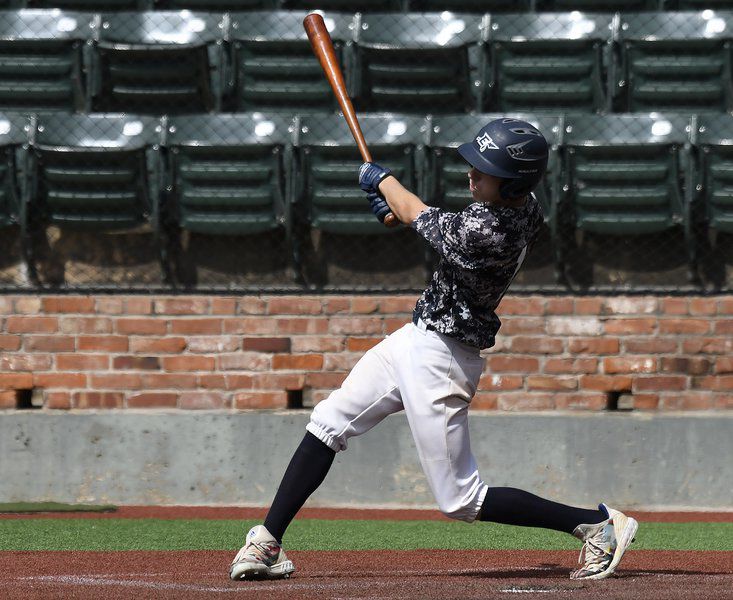 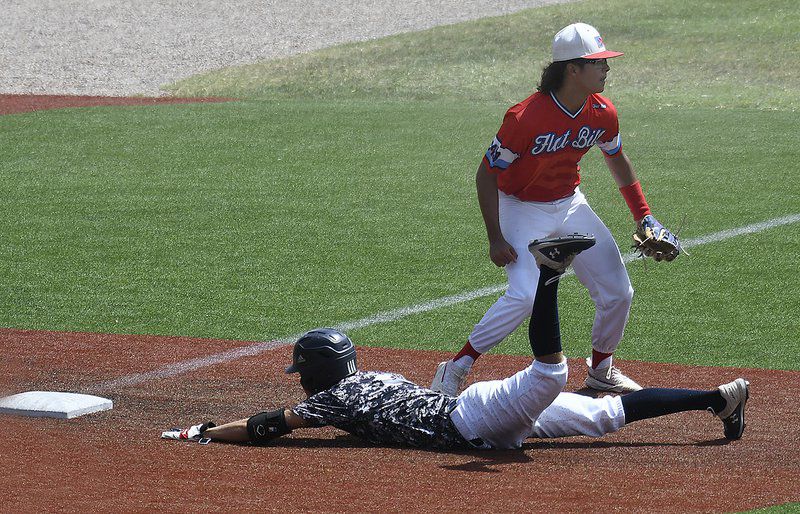 The Enid Plainsmen learned Baseball 101 in a 6-2 loss to Flat Bill 17 of Texas in the first round of the AABC South Plains Regional Wednesday at David Allen Memorial Ballpark.

Enid learned nothing good happens when a team strikes out 10 times, has only five hits and gives up eight walks.

“We just have to regroup and get after it tomorrow,” said Plainsmen coach Brad Gore.

The Plainsmen (16-5) are now in a virtual must-win situation to reach Saturday’s championship round when they face 417 Red (Mo.) at 8 p.m. Friday with Maddux Mayberry scheduled to pitch.

“We’ll see,’’ Gore said. “Losing that one hurts us a little bit. ... Hopefully, somebody can help us out a bit and we can continue to get better Friday.’’

Flat Bill 17 starter James Carpio left the game after two and two-thirds innings. He struck out seven and walked only one while allowing three hits and one run. Winning pitcher Tanner Troxell did not allow a hit in three innings and struck out one while walking two. He allowed an unearned run in the sixth. Cooper Brice finished up.

“I tip my hat to them,’’ Gore said. “They threw a lot of strikes and didn’t walk us. They did what they had to do to keep us off the bases, which is the name of the game.’’

The Plainsmen, down 3-0, had an opportunity to get back in the game in the third, but left the bases loaded.

Dallas Goodpasture reached first on a passed ball after a strikeout. He scored after singles by Kade Goeke and Garrett Shull and a bases-loaded walk to Garrett Brooks. Carpio struck out Mayberry for his seventh and last strikeout before giving way to Troxell, who struck out James Humphrey for the third out.

Enid scored its other run in the sixth when Mayberry walked, stole second, went to third on a throwing error on the play and scored on a wild pitch.

“We didn’t take advantage of our opportunities at the plate,’’ Gore said. “When we had opportunities to drive people in, we struck out too many times. We just didn’t put the ball in play. Our guys just didn’t hit. When you have the bases loaded and one out and don’t score ... when you don’t that in games like this, you are not going to win. We didn’t put pressure on their defense ... we didn’t hit ground balls or get a fly ball to get a run in. We just didn’t execute today.’’

Enid starting pitcher Blake Priest took the loss after giving up four runs in three innings. He allowed only three hits, but walked six which overshadowed his five strikeouts.

“Blake just didn’t have it,’’ Gore said. “We walked too many people. If you walk two or three an inning, they are going to score some runs. It was just one of those days.’’

Flat Bill 17 had seven straight batters reach base in the second when they scored three runs to go up 3-0. They loaded the bases after a walk to Tate Nebhut, a single by Blake Boelter and a single by Adeys Camacho. Nebhut scored on a fielder’s choice. Noah Baker singled in Boelter and a bases-loaded walk to Hayden Smith tallied Ruben Henthorn. Priest struck out Preston Love to end the inning.

Flat Bill 17 made it 4-1 in the fourth when Camacho walked, was sacrificed to second and scored on a single by Carpio.

Smith increased the lead to 6-1 with a two-RBI single in the sixth that scored Hays McDonald, who singled, and Camacho, who walked.

Freshman-to-be McCage Hartling had a single for the Plainsmen in the seventh. Bennett Percival was able to see some action at first base.

“Those are two young players who we were able to get an at-bat,’’ Gore said. “Summer is all about development for us. Any chance we have to develop some of our players, we’ll take advantage of. That’s what we try to do anyway.’’

Flat Bill 17 was able to empty their bench, but it almost proved costly.

Brice became the final player to come off the bench with two out in the sixth to come in to pitch. Some speculated Flat Bill 17 might have been trying to run off some time to end the game on the two-hour and 15-minute time limit.

There was time to play the seventh. Coleman Junell walked but injured himself stealing second. With no re-entry rule, Flat Bill 17 would have had to forfeit if Junell had to leave the game. Junell, limping, went from catcher to right field in the bottom of the seventh.

“If he had been subbed for, the game would have been over,’’ Gore said. “We didn’t want to win the game that way. We wanted it to play out. I’m glad they were able to put him back on the field.’’

The Plainsmen’s other remaining game in the tournament is 3 p.m. Saturday against Woodward.

The Enid Majors are scheduled to play St. Louis Sting at 10 a.m. Thursday and OK Drillers at 8 p.m. on Thursday.