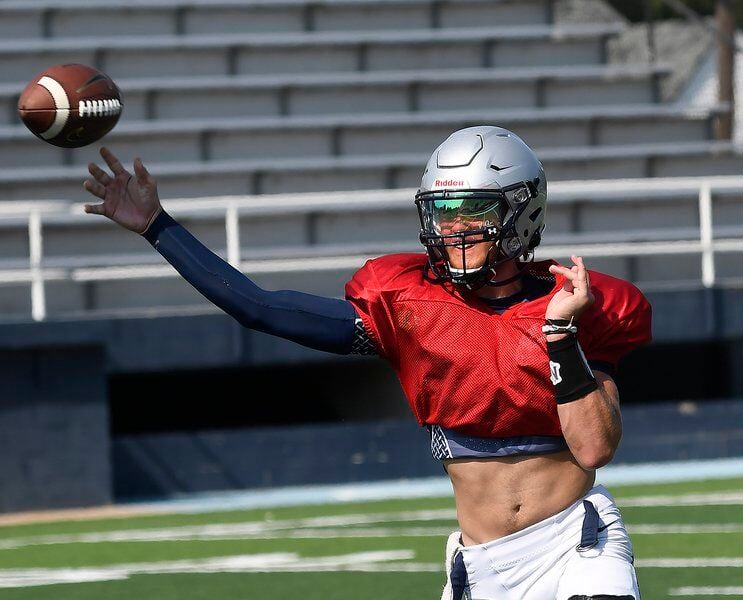 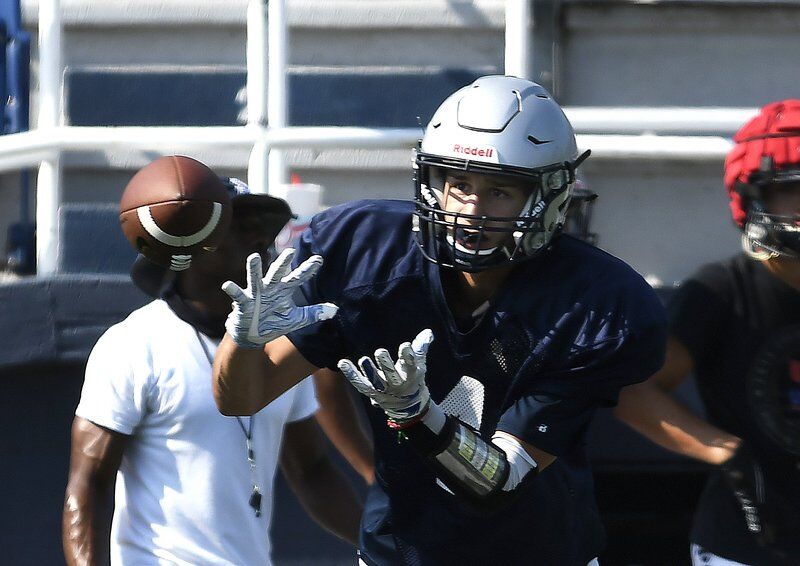 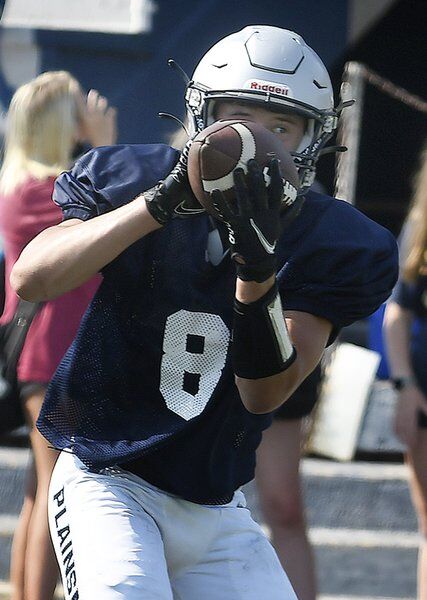 Enid Plainsmen football coach Rashaun Woods will be dealing with a situation that did not present a problem in his first season. He's also pretty happy about it.

Last year's Plainsmen squad, which went 0-10 in Woods' first season, did not have a lot of experience and was particularly light when it came to the number of seniors on the team. That meant choosing captains last year did not involve much intrigue. That won't be the case this year.

"We've got a lot of seniors," Woods said at Friday afternoon's practice at D. Bruce Selby Stadium. "We have 23-24 seniors this year. It's going to be a little tougher when we name captains as opposed to four guys (seniors) on the whole team that were actually playing. At least it will be a little bit of a challenge, having a lot more guys. It's a good problem to have."

Woods said this year's varsity numbers 74 players with another "38 or 39 for freshman." The numbers also saw a significant jump for Summer Pride.

"A lot of guys showed up," he said. "We averaged close to 60 kids per day just for (grades) 10 through 12 and about 30 kids as freshmen. When you are averaging 90 kids for Summer Pride that's a big-time jump from 50 kids, so we almost doubled our participation over these last couple of months."

Woods said this year's team includes around 30 returning letter winners and nine starters on both sides of the ball.

"That's something to really feel good about. Guys understand what we're doing," he said. "It's not a new offense, it's not a new defense."

"I think a lot of kids were thrown into the pit last year with not having many seniors and nobody really knowing Coach Woods' system yet," Priest said Friday. "It was a little hectic. Our D-Line I know we are seven or eight deep this year. Our receivers are a lot more experienced and a lot bigger too."

Priest shared quarterback duties last year with Maddux Mayberry — who is expected to start this year at wide receiver — but Priest was christened the starter early on by Woods.

Priest said he has been working on "little things" like his reads and "making smart decisions and not trying to do too much." He said he was feeling "no pressure at all" as the expected starting quarterback for Enid this year.

Woods believes Priest has the tools and ability to not just succeed as a Class 6A-1 quarterback, but has the ability to take it further.

Shortly before fall football practice opened, Priest, a pitcher for the Enid Plainsmen high school and summer baseball teams, was offered and he committed to the University of Oklahoma to play baseball.

"He has that ability even on the football field," Woods said. "It's just a situation where he has to bring it all together and I think he's working on it to do that."

Priest said the offer from OU was a pleasant surprise that arose during the Oklahoma State showcase games organized by Plainsmen baseball coach Brad Gore that were played at Bricktown Ballpark in Oklahoma City.

"That day at the Oklahoma State games I threw and later that day I got a text from a scout for the (San Diego) Padres telling me to call Coach (Clay) Overcash at OU," Priest said. "It was pretty late, so I called him the next day. We had a second game around 5. I called him after the game and they offered me. It was pretty crazy."

Now, with the first scrimmage just one week away and the season-opener against Putnam City at home coming up in two weeks, Woods said he has been comparing progress to last year at this time.

"I cross reference every day of practice to where we are from where we were and we're twice the team we were last year," he said. But he added a cautionary caveat with a clear reference to the level of competition the Plainsmen face in the largest classification. "There are teams that even if you are twice the team that can still run you out of the building," he said.

Intrasquad scrimmage: Fans can get their first look at the Plainsmen in a quasi competitive environment when the team participates in an intrasquad scrimmage Saturday at 6 p.m. at Selby Stadium. It will be open to the public, as are all team practices. There will be no charge.

OSSAA: Woods said he was glad to see Oklahoma Secondary School Activities Association earlier this week did not change its plan to allow fall sports to proceed. "They're going to let us play and we're going to do what we need to do as a staff to ensure we keep (the players) safe and be able to play the game we love," he said.

Scrimmage at Bixby: The Plainsmen head to Bixby Aug. 21 where they will be joined by 6A-1 power and district foe Broken Arrow and Sallisaw in addition to five-time 6A-2 champion Bixby in a preseason scrimmage against some heady competition.

"We're going over there to get after those teams and compete because that's the level of competition we play," Woods said. "We can't hide from it." He said scrimmaging against strictly smaller class schools would not benefit the Plainsmen and would give the team a "false sense" of who they are. "The reality of it is our league is who we need to concentrate on."

OKLAHOMA CITY - A Celebration of Life for Rick Dupus, age 59, of Oklahoma City, formerly of Enid, will be 2:00 p.m. today, Sunday, September 27, 2020, at Ladusau-Evans Funeral Home. Condolences may be made at www.ladusauevans.com.