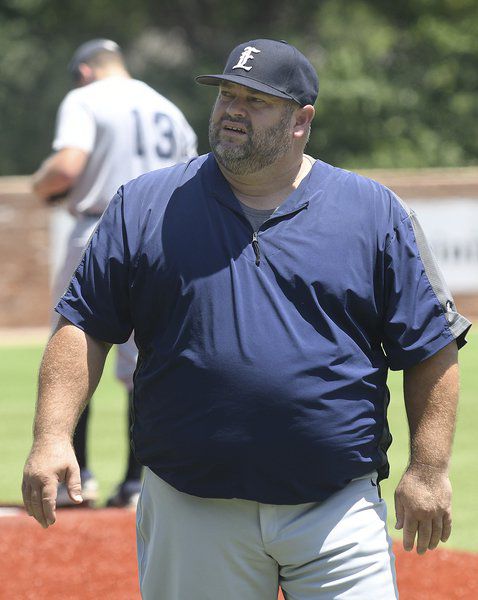 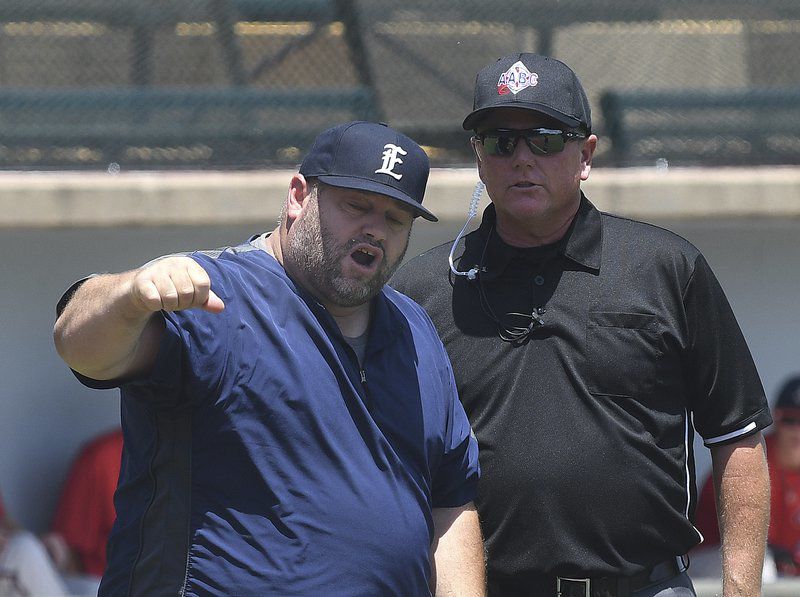 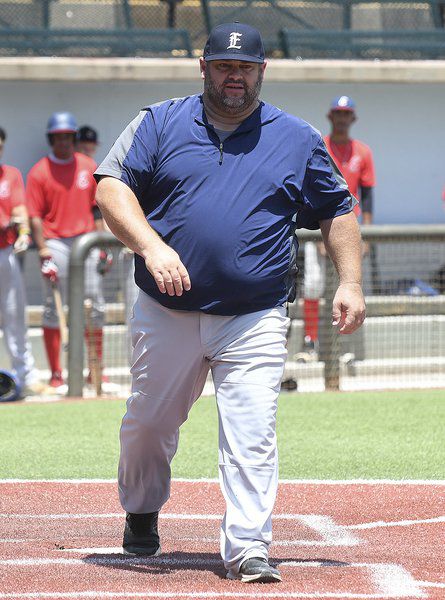 ENID, Okla. — Chris Jensen may be stepping away from coaching baseball, but that doesn't mean he will be a stranger around David Allen Memorial Ballpark, just maybe a little less recognizable.

"I'll be around the ballpark, I just won't be in polyester pants and a little hat," Jensen said. He said it was a tough decision, but "just being able to walk in the gate, sit in the bleachers, not have all the hubbub to go along with it will be nice."

Jensen announced he was resigning as head coach of the Enid Majors on July 19 after the Majors were eliminated from the Connie Mack regional tournament at David Allen. It marked the end of a nearly 20-year association between Jensen and the Enid baseball scene.

"I just need to step back and catch my breath," Jensen said, citing a desire to spend more time with his kids and attending their sporting events with his wife Kellie, an exercise physiologist at Vance Air Force Base. Their twin 9-year-old daughters — Lauren and Sarah — play club soccer now, taking them to Wichita and Oklahoma City, and 12-year-old son Blake is active in cross country and baseball.

Norman-native Jensen arrived in Enid in 2002, and along with his regular duties as a teacher, was hired as an assistant EHS softball and baseball coach. He has been part of baseball in Enid ever since, from EHS assistant coach to summer baseball head coach.

It's been a fruitful journey.

"That's where I really learned to coach baseball was in the American Legion days," Jensen said. "Playing 60-70 games a year and coaching with Bill Mayberry, Butch Lingenfelter and James Peoples. Those were great times."

The highlight, of course, was Enid winning the Legion national championship in 2005. It was a time when summer baseball gripped Enid as the Majors dominated American Legion in Oklahoma.

Winning a championship is special, but how Enid won in 2005 became the stuff of legends.

"There's a lot of highlights over the years, but that one is at the top because of the big run we went on there at the end," Jensen recalled. "It was a great team, great summer, but we got run-ruled our first game in Pine Bluff, Ark., in the national regional and then for us to run the table was special."

Then came the extremely unusual walk-off winning moment in the national championship game in Rapid City, S.D., with the score tied 6-6 in the bottom of the ninth inning against Twin Cities, Wash.

"I was coaching third base and we had the bases loaded," Jensen said. "I just told the umpire 'watch for the balk' — I don't know why I said that. The umpire says, 'Hey, you stay in the box and coach and I'll do my job.' And, I'm not kidding, 20 seconds later the umpire goes 'that's a balk' and we win. It was weird."

Jensen got to experience a sense of deja vu in this year's Connie Mack regional when the Majors won on a game-winning balk. "That brought back a flood of memories," Jensen said.

Among those memories was Tyson Seng single-handedly bringing a run across the plate during the 2005 season, emblematic of the type of hustle and hard-nosed play that marked the Majors' championship season.

"He got on base after being hit by a pitch and on three consecutive pitches, stole second, third and home plate," Jensen said. Also among his highlights from that era was Matt Peck's no-hitter at Bricktown in 2006 and Austin Box's home run during another game at Bricktown. "If I recall correctly, he hit a ball to left field out of the yard and was close to leaving the entire ballpark, it was pretty remarkable," he said.

Enid's four Legion state championships, though, may have proved its undoing as rule changes imposed by American Legion seemed to be directed at Enid.

"There were a lot of individuals not happy that we won four state championships — all within the rules," Jensen said. "They came out with rules you couldn’t have a player more than 65 miles (or something like that) away – well, you’re talking about Enid. We had a player from Slapout, over by Laverne, and there was no Legion post between here and there, so they made some stipulations like that."

Jensen believes leaving Legion baseball was the right move after the 2009 season. Currently there are only three teams in Oklahoma playing for the state American Legion championship.

"It's bittersweet because I loved Legion and everything it stood for," he said. "I have family that had been in military and it was special to see those Legionnaires at national tournaments and all the pageantry that went along with it."

Not that Connie Mack was a totally known commodity, even for Jensen.

"When I was approached about it in 2010, I didn’t even know what Connie Mack was," he said. "I’m getting on the internet trying to research it. I can say after 10 years, in my mind, it was a positive change just for the fact American Legion baseball in Oklahoma diminished quite a bit and I think we were trying to stay ahead of the game."

It didn't take long for the Majors to establish themselves in Oklahoma Connie Mack baseball, winning back-to-back state titles under Jensen in 2015 and 2016. He also sees the Oklahoma teams catching up to the powerhouse Dallas teams in the near-future.

"It was a definite learning curve," he said. "There is definitely a push from Oklahoma teams. I am starting to see Oklahoma teams evolve a bit ... I would say in the next 4-5 years hopefully we'll get a team (from Oklahoma) to Farmington, N.M. (the site of the Connie Mack World Series)."

This year's edition of the Majors finished with a 21-7 record and were beset by numerous rainouts and an Oklahoma Secondary School Activities Association imposed dead-period that Jensen said halted the team's momentum.

Enid Plainsmen head coach Brad Gore said there is no immediate timetable to name a replacement for Jensen. "Chris did a great job running the summer program," Gore said.

Jensen will continue to teach pre-AP government classes at Enid High School and plans to spend some time on his father-in-law's farm in Kansas. "I made my final decision (to step away) while sitting on a 1964 John Deere tractor," he said.

"It's been such a great run," Jensen said, noting many people have made it special.

"Baseball wouldn't exist in Enid as we know it if not for Paul and Joan Allen," he said. "I just want to thank everyone. All the supporters in the community that came out and supported us since I've been here. I remember back in the American Legion days during the state championship days, that place would be rocking and rolling.

"All the players that played for me have all meant so much. Most of all, my wife and family for their constant support in my baseball coaching career. Without their support I wouldn't have been able to coach this long."