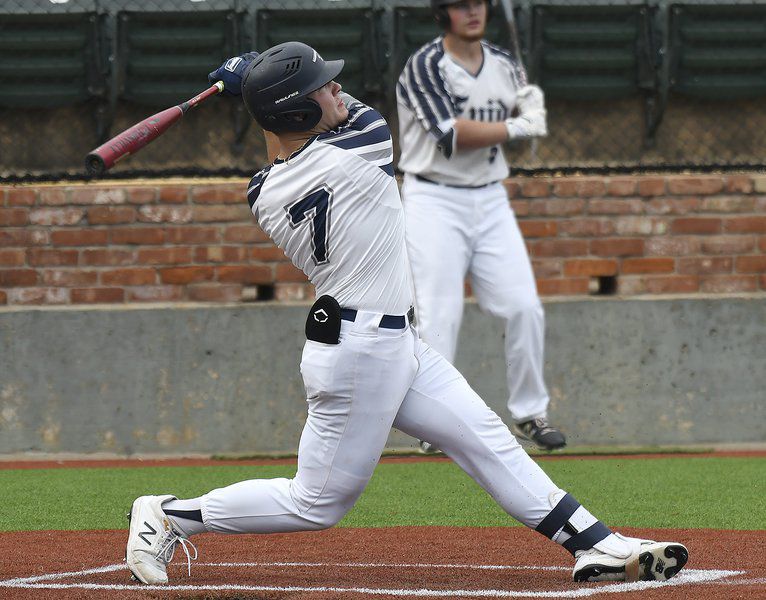 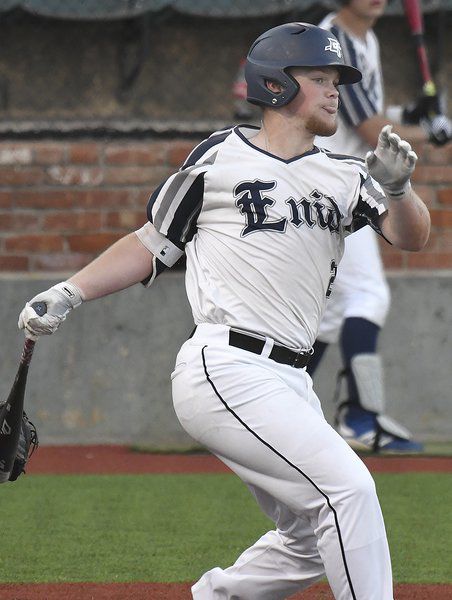 After opening the season with an 8-0 win over Weatherford, Enid Majors’ Titan Stephens told the Enid News & Eagle “it was good to start the season like that.” Stephens may have been a bit understated judging by the reaction of Enid Majors head coach Kris Webb.

Webb was anything but understated in his assessment and was still talking about it 10 days later.

“Titan Stephens probably had the greatest debut of any player I’ve had,” Webb said on Thursday. Stephens, a former Enid Plainsmen who has signed with Cowley County (Kan.), took the second pitch of the game and crushed it for a home run that landed on the railroad tracks far over the left field wall at David Allen Memorial Ballpark. Webb estimated it traveled 500 feet.

“He hit the ball farther than I’ve ever seen before and then he comes out the next night and closes the game throwing 95 mph,” Webb said.

It was a solid debut for Webb and the Majors, who went 3-1 during the season-opening Oklahoma Shootout.

“I’ve been very impressed,” Webb said of the team’s start. “We’ve pitched it well, outside of one game we walked a few guys, but for the most part we’ve been in the strike zone competing. Once our offense gets going it is pretty scary I think. I’m pretty excited.”

Next up, the Majors, along with the Enid Plainsmen (4-1), are hosting the Enid Festival Saturday and Sunday at David Allen Memorial Ballpark.

“This will be by far the toughest competition we’ve played to date,” Gore said. “The Three Rivers club is really talented and I’m sure they are this year. Bartlesville always brings a good club, so it will be good competition all the way around.”

The Plainsmen are coming off a 10-4 win over Kingfisher earlier this week and, like the Majors closed with a win over Woodward on the final day of last week’s Oklahoma shootout.

“I was extremely pleased with our kids with the way they competed in that [Woodward] game,” Gore said. “We had the lead a couple of times late and let it get away and just kept grinding and found a way to win. ... That’s what we’re trying to accomplish is finding ways to win and finding our nice with our team.”

Both Webb and Gore said at this early stage, the pitching overall appears to be ahead of the hitting.

“I think that’s the biggest issue right now is our hitters’ timing is not what we want it to be yet,” Webb said. “It’s hard to do that in four games.” Still, Webb noted a couple of Majors players, in addition to Stephens, have had some early pop in their bats.

He said Blanchard’s Bryce Madron (Cowley County) has been impressive. “He swings it well and can really run,” Webb said of Madron. Webb also has liked what he has seen so far from Northern Oklahoma College End signee Blake Scott. “He’s been killing it from the left said,” Webb said.

This weekend’s slate of games will be the final tuneup prior to the first of three Connie Mack tournaments. First up is the regional qualifier June 17-21 at David Allen, but Gore isn’t looking too far ahead.

“Right now what we’re trying to do is just get guys back in shape,” said the Plainsmen head coach. “Those Connie Mack tournaments are important to us, but I told our guys today (Thursday) at practice we just have to keep building our stamina back up and not injure anybody. That’s my main concern. Just let our guys have fun.”

Admission for this weekend’s Enid Festival is $7 for adults and $5 for students.