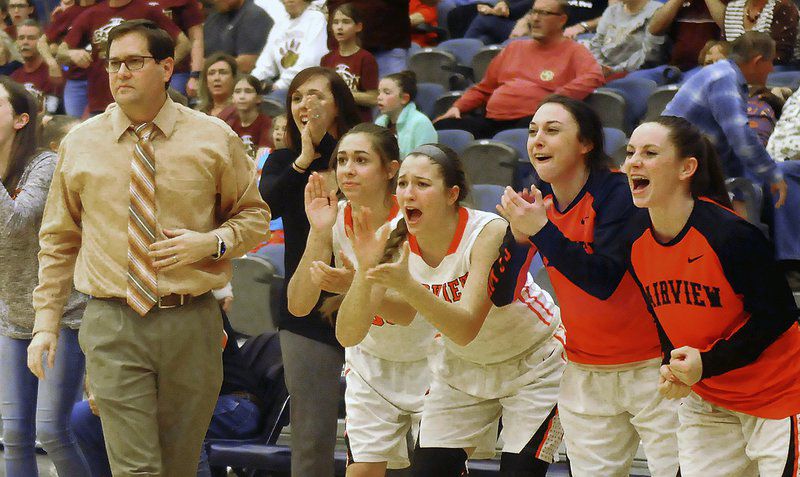 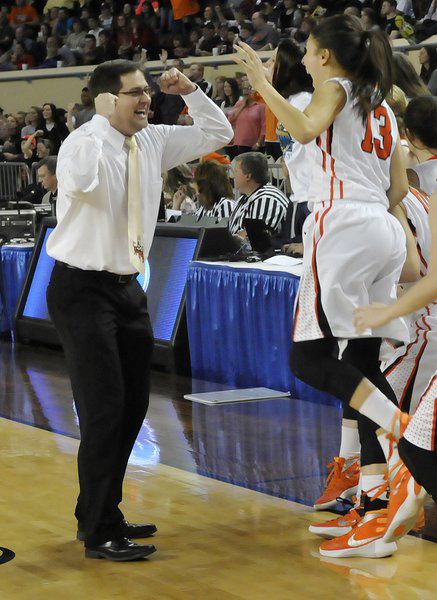 Fairview's girls basketball program has developed into a Class 2A powerhouse under head coach Mike Barton, so it was only logical when the boys basketball position became available that Fairview turned to Barton.

"They asked if I would be willing to coach the boys program [in addition to the girls program] and I said I would definitely give it a shot," Barton said.

The boys job opened up when Yellowjackets coach Jason Collins, after just one season, accepted a position as an assistant coach at Ponca City to be closer to family.

The boys program has had a regular turnover of coaches and Barton, who has a 344-126 career record at Fairview, not only brings a winning record, but offers a bit of stability.

"I think we've had some great boys coaches, but for one reason or another, haven't been able to make a five- or 10-year run," Barton said. "Coach (Robert) Bernard was our boys coach until he took the football job. Coach (Ross) Doane took it and did a great job of that as well, but just wanted to step back a little bit and Coach Collins did a great job last year."

While the boys program has struggled for consistency, the Lady Jackets have been a model of sustained success, including winning state championships in 2012 and 2016 under Barton and last season fell one win short of making a fifth-straight appearance in the state tournament.

While coaching the boys will mean double-duty, it isn't a task unfamiliar to Barton, who has been at Fairview now for 20 years. He was an assistant under former Fairview boys coach David Baldwin for several years, which included overlapping duties as the girls head coach.

"Coach Baldwin was a great teacher," Barton said. "He taught you how to be sound. He did everything defense to offense. I put in a bunch of his stuff (as the girls coach) and he put in some of the stuff that I put in with the girls with his boys teams."

Barton said the biggest difference between coaching the boys and the girls is there are more set plays like backdoor lobs and to a degree, athleticism.

"I think just athletically as far as you know getting down and playing close to the rim from what I have seen that's the main difference, they can play a little closer to the rim than the girls do," Barton said.

In the past, the boys and girls would have had to practice at different times, but Fairview's new practice facility (opened in 2018) has, among other features, two practice courts side-by-side enabling simultaneous practice sessions if Barton chooses.

"Our community and administration are phenomenal," he said. "It definitely makes things nice on that end of it as a coach knowing you have the facilities and support you need to get the job done.

"I've talked to other coaches who have, or are, coaching girls and boys and asked them how they go about it, what the struggles were," Barton said. "They were all real positive. Many of them don't have the facilities we have, and with our facilities I think we can really have an opportunity to make that work."

Barton said there have been two open gym opportunities already but hasn't yet had any basketball activities, but said he is "definitely looking forward to getting in the gym with the boys and girls."

He believes the talent level and basics are there for both teams to have success.

"I'm fortunate that I'm walking into a situation where the kids coming up have had fundamentals," Barton said. "I've had some great athletes come through. The girls have just been phenomenal. It's hard for me to mess that up."