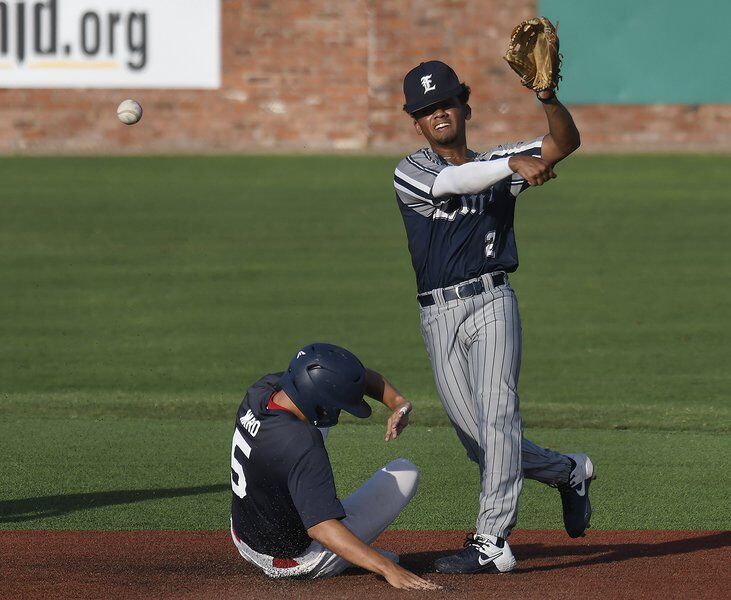 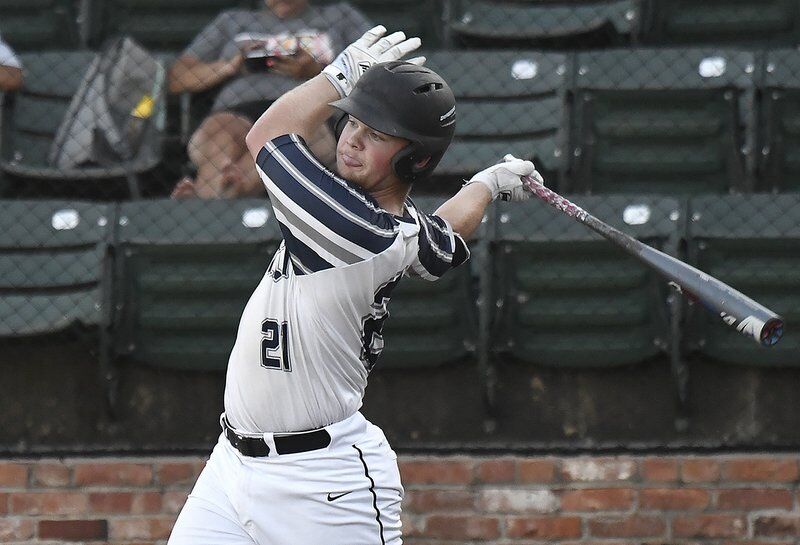 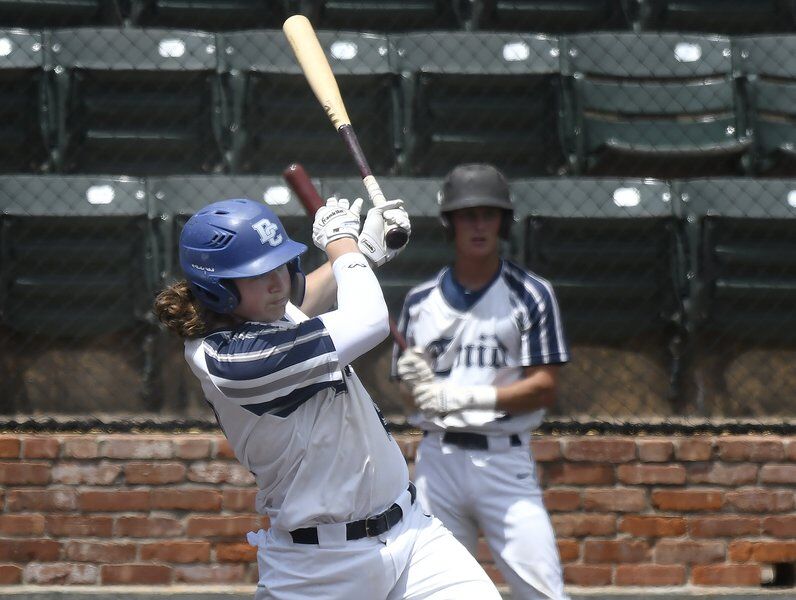 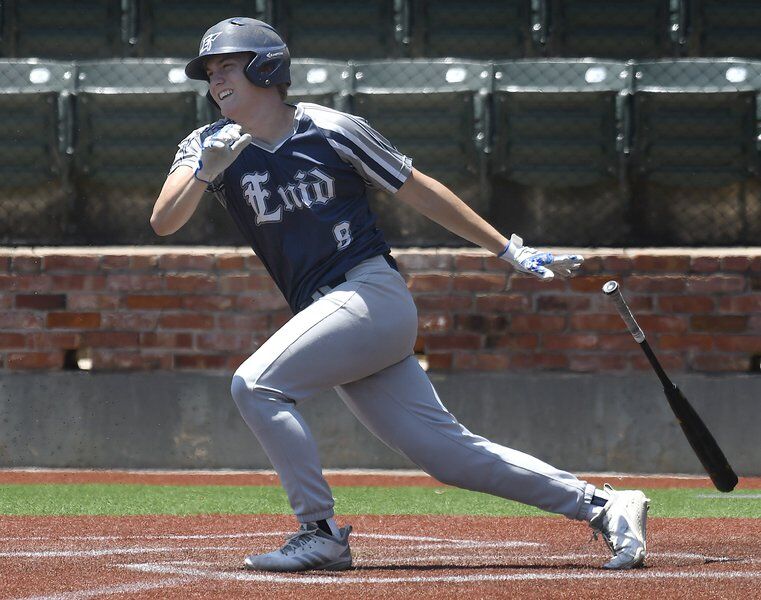 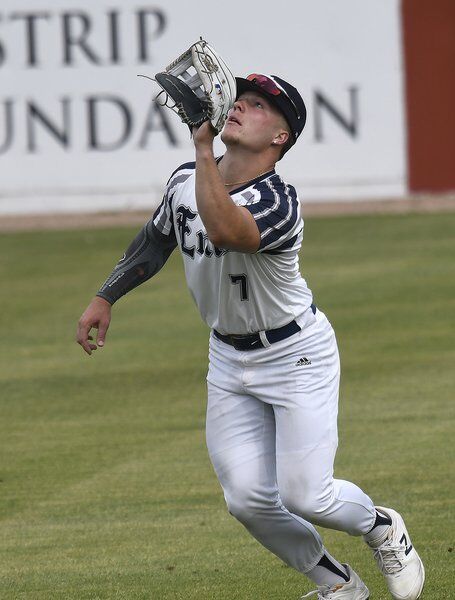 It was a summer that started with uncertainty due to the coronavirus. It ended with the Enid Majors going further in Connie Mack tournament play than any previous Majors squad, including a run at a national title.

It turned out to be quite a summer with a lot of baseball played in a shortened window of opportunity.

"We played 31 games in a month-and-a-half. Once we started, we didn't stop," said Kris Webb on Tuesday. Webb, who just completed his first year as the Majors head coach, had recently returned from the Connie Mack Classic where he guided the Majors into the Elite Eight. The Classic included 28 teams from eight states.

The Majors, who finished with a record of 25-6, earned their spot in the Classic by winning the South Plains Regional earlier. It was the first time an Oklahoma team had won the tournament in 55 years, usually dominated by heavily financed teams from Texas.

The coronavirus situation also impacted the South Plains Regional as no Texas teams made the trip, leading some to speculate the field wasn't as strong this year.

"Whether it was a watered-down regional or not, I don't care," Webb said. "Our roster was good. I think we would have competed at any regional. I think we showed that."

The results of the Connie Mack Classic, which included those powerhouse Texas teams, support Webb's statement.

The Majors opened with an 11-4 win over a team from McKinley, Texas, and a 10-1 run-rule win over a Kennedale, Texas, squad. "We beat them handily, it's not like they were close games," he said.

After an 8-3 loss to No. 1 seed Frozen Ropes out of McKinley, Texas, the No. 11 seed Majors rebounded with a 14-4 pounding of No. 6 seed USA Prime Colorado to advance to the Elite Eight and within one win from the Final Four before running into a familiar foe, the Oklahoma Drillers. It was a game that was also the rubber match of three games between the squads, who had squared-off previously at David Allen Memorial Ballpark, with each team winning in walk-off fashion.

The Majors came up short, falling 4-2 to the Drillers. "We just couldn't get any timely hits until late, that kind of put us behind the 8-ball a little bit and that was that," Webb said.

The Final Four of the Connie Mack Classic — a first-time event organized after the Connie Mack World Series in New Mexico was canceled — featured two Oklahoma teams (Drillers and Oklahoma Fuel) and a pair of Texas teams. D-BAT Bonesio out of Carrollton, Texas, defeated the Fuel 12-9 in the title game. Webb said the Final Four showed the strength of baseball in Oklahoma.

"Our state is a great state for baseball," he said. "Look at our universities, look at the (MLB) draft. Predominantly, we have top tier players and what's happening is those top tier players are wanting to play with each other and that's allowing them to go compete with the D-BATs and Ropes and Stix and teams from Dallas and all that."

The Majors' roster featured players committed or signed to Oklahoma, Oklahoma State (Jacob Bookout, Conner Gore, Dom Johnson) and Northern Oklahoma College Enid (Will Fleece, Piercen McElyea, Blake Scott) among other schools. They were able to add some more talent before the Classic, particularly some arms to their pitching staff. One of those additions was Enid Plainsmen Blake Priest, who last week announced on Twitter his commitment to play baseball at the University of Oklahoma next year.

"Usually there is a roster limit of like 25 guys," Webb said. "But this year there was an unlimited roster, given the situation and circumstances, so Connie Mack and the AABC (American Amateur Baseball Congress) did the right thing. They made sure to put kids first. Because you were going to play a bunch of games in a time crunch, there would be no need force the issue with a player. That roster we had was one of the best rosters I've been a part of."

The Classic was split between Pittsburg, Kan. (at Pittsburg State University) and sites in Joplin, Mo. The Majors played in both locations, which Webb said had "gorgeous facilities," and said he was grateful to AABC National Vice President Shannon Enfield and others that the players had a goal to play for after the Series was canceled.

"It allowed the kids to compete at a national level and have some validity to the summer," he said. "Good job to them. They made sure baseball was played this summer in a safe way."

Webb also felt the Majors, and the Enid summer baseball program under Plainsmen coach Brad Gore, achieved an important goal that he set before the season.

"I think we put our name back on the map and it's going to allow us to continue to build upon," he said. "Next year's roster is going to be just as good because people are going to see our success and say 'hey, we're going to go play for those guys, they did some really good stuff and we'd like to be part of that as well.'"

It was his first time in the home dugout at David Allen after spending several years at rival Woodward.

"It was a great experience for me and my family," he said. "We were really blessed to have the summer we had, we're very thankful for Enid, of the community and the way they supported our players and thank Coach Gore for the opportunity. We're looking forward to coming back to Enid and doing this again."