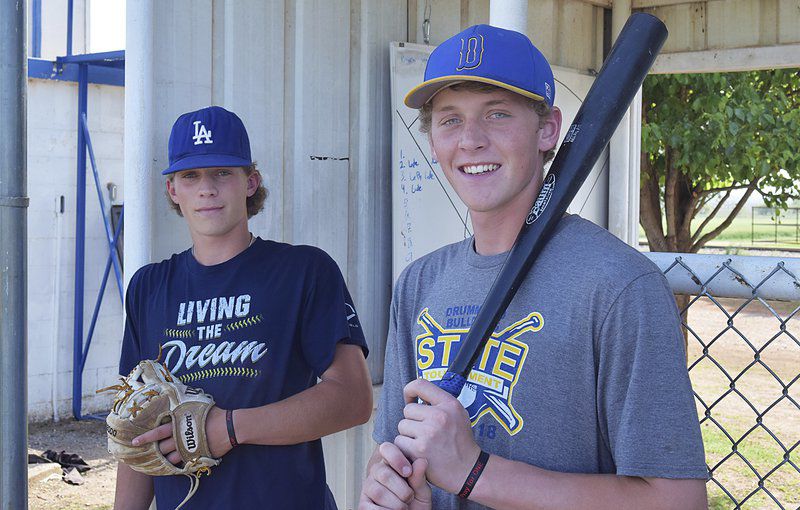 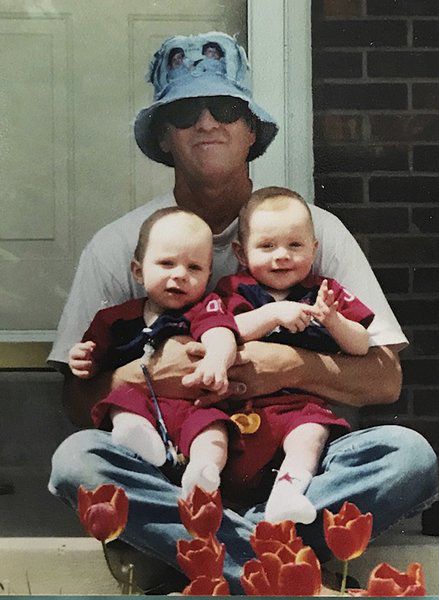 “He did not find pleasure in going to shop,” his wife Diane Gray said. “It was like pulling teeth.”

Melvin was in his 60s, but on the morning of Aug. 4, 2012, he was as much a kid as 12-year-old sons, Seth and Wyatt. The trio left the house in search of new metal baseball cleats, but returned with disappointment and new work boots for Melvin. They looked all over Enid, but no one had the boys’ sizes.

They came into the house, and Seth and Wyatt sat at the kitchen table to grab something to eat before looking on the internet for the cleats they needed for the upcoming season.

Their dad went outside to tend to the cattle, as he would any other day, with their mother following soon after.

As they scrolled through what the internet had to offer, Seth heard a vehicle race down the road near their house. That wasn’t out of the ordinary. But more kept passing by.

Seth picked up the house phone, and dialed his dad’s phone. No answer. He tried his mom’s. No answer, either.

“That’s when I knew something bad happened,” he said.

Melvin and Diane were not expecting another child, let alone twins.

Each had four children from prior marriages, and when they married in 1997 the plan was to retire and travel to the mountains when all the kids went to college.

“Everybody that knew him knew that was his dream,” Diane said. “Neither of us dreamed that’d we have any more children.”

When Seth and Wyatt were born, Melvin and Diane would not have had it any other way.

“He always said, ‘These are the greatest years of my life. Wouldn’t trade it for anything.’”

Melvin was a lifelong baseball fan, and his favorite team was the Los Angeles Dodgers. But he was no greater fan than of his two sons. Whether it was playing catch or hitting baseballs to them, Melvin was always there for Seth and Wyatt.

When the boys were not invited back to their Little League team the year before, Bill Cuaderus volunteered to coach a new team.

A longtime coach himself, Diane said Cuaderus knew much about baseball and his commitment to the team and his players was undeniable.

“He was the kindest, most uplifting coach,” she said.

Along with Melvin, Cuaderus helped kickstart Seth and Wyatt’s competitive passion for baseball. He also got Wyatt to be a catcher and gave him his first catching mitt.

At every game, Melvin was seated right behind the plate, scribbling stats in a small notepad filled with blank pages. He kept stats for just about every one of Seth and Wyatt’s games, and every drive home was spent talking about how the boys improved and what they could improve.

Before Seth heard the sound of vehicles racing down the road, Diane met Melvin to tend to the cows. The plan was to let them out to eat and then put them back. Plain and simple. When it came time to put them back in, nearly all were accounted for, save for a mother and calf.

Melvin called Diane on his phone and told her he had found them and he would meet her back at the house.

Four minutes later, she was calling 911 after finding him pinned under his ATV.

There was no sound. After their phone call, Diane was walking back to her truck, and as she was getting inside of it she saw Melvin under the ATV, no more than two football fields away.

With adrenaline rushing, she lifted the ATV and rested it on her back as she called 911. She eventually got it off him entirely. She next called a neighbor and did CPR until an ambulance arrived.

“They did everything they could, but he was already gone,” Diane said.

In the moment, she did not think to call Seth and Wyatt at the house, something she did not realize until weeks afterward.

There was not a cloud in the sky during the Class B state tournament championship game at Dolese Park’s Palmer Field in Oklahoma City this past Saturday. After two days, it was down to No. 1 Leedey and No. 2 Drummond.

Wyatt Gray, now 17, stepped into the batter’s box to lead off for the Bulldogs.

"Help us out here, Dad," Wyatt thought to himself before hitting a double to centerfield.

Ernie Slater closed his restaurant and convenience store, Henry’s Brake Room, so he could drive up from Drummond to Oklahoma City to see the Bulldogs play during the quarterfinal and semifinal rounds of the state tournament.

Seth and Wyatt have been working for Slater since they were 14 years old. Slater needed hands, the boys needed work. But each party got so much more.

Under Slater’s employ, the boys received a paying job and real-world tutelage. Seth and Wyatt learned how to handle whatever problem sat in front of them, or whatever problem life handed them. Slater said he brought Seth and Gray up as though they were one of his five boys.

At Henry’s Brake Room, Seth works with Slater’s wife, Ladonna, on the restaurant side of the business, while Wyatt works the grill with Slater.

“You can tell they are appreciative of everything,” Slater said. “We’re not doing anything special, know what I mean?”

The boys would disagree.

“Ernie is definitely another guy who’s taken us under his wing and helped do everything he possibly could for us,” Seth said.

Seth and Wyatt have been on Drummond’s varsity baseball team for three seasons. But they’ve been practicing with the team since they were 12.

Seth remembers whenever they drove down Oklahoma 132 he would always ask his dad to drive past Drummond’s baseball field, even if it was out of their way.

One day, Melvin drove to Drummond and parked the truck. He got out, walked up to then-Drummond head baseball coach Pat Guerkink and Guerkink invited the boys to practice with the team.

Seth started playing catch with Drummond players while Melvin drove down the road to get Wyatt. The boys practiced with the team they would eventually help take to the 2018 state final.

After their father’s passing, Guerkink let the boys travel with the Bulldogs that season and sit in the dugout during all their games in addition to letting them practice with the team.

“I can’t thank him enough for letting us practice with the high-schoolers,” Seth said. “It took us to the next level. It was fun and we learned a lot.”

Jared Swart was hired as Drummond’s head coach the following season, and Seth and Wyatt’s presence was a continued welcome at practice and in the dugout. It stayed that way as they transformed into high school players themselves, helping Drummond earn two trips to the Class B state tournament in three seasons.

Their most recent trip saw the Bulldogs make it to the state final game before ultimately losing, 2-1, to the defending state champs.

If Melvin was alive today, there is no doubt he would be in the same spot behind home plate, scribbling in his stats notebook.

“I’d know he’d be proud of all of us,” Wyatt said. “Not just Seth and I, but the whole team because he cared about how our team and the other kids were doing. He’d be ecstatic.”

Ducks in a row

Seth and Wyatt lost a father in Melvin Gray. But their lives have never missed the presence of a father figure.

Without their mother Diane, their siblings and those father figures in their life, Seth and Wyatt said their lives might have turned out differently.

“I don’t think we’d be the young men we are today,” Seth begins.

“Not even close,” Wyatt chimes in.

“Yeah, not even close without them,” Seth continued. “They knew we didn’t have a father (anymore), so we had to look up to someone.”

On Aug. 4, 2012, when feeding time ended, there was a calf and a mother unaccounted for. Melvin took the ATV down to the creek bed of the pasture to look for them.

Oklahoma experienced a drought that summer in 2012, and the creek bed was normally dry. Instead, the missing cows and Melvin were treated to a cool surprise.

“He called and was thrilled,” Diane said. “He found water seeping (out of) those canyon walls, and it was pooling drinking water for the momma cow and her calf.”

Melvin knew how much his wife wanted everything accounted for. It’s no surprise that in his absence, Seth and Wyatt remain accounted for by the father figures of their lives.

“Your ducks are in a row now, Momma,” Melvin said to his wife, one last time.