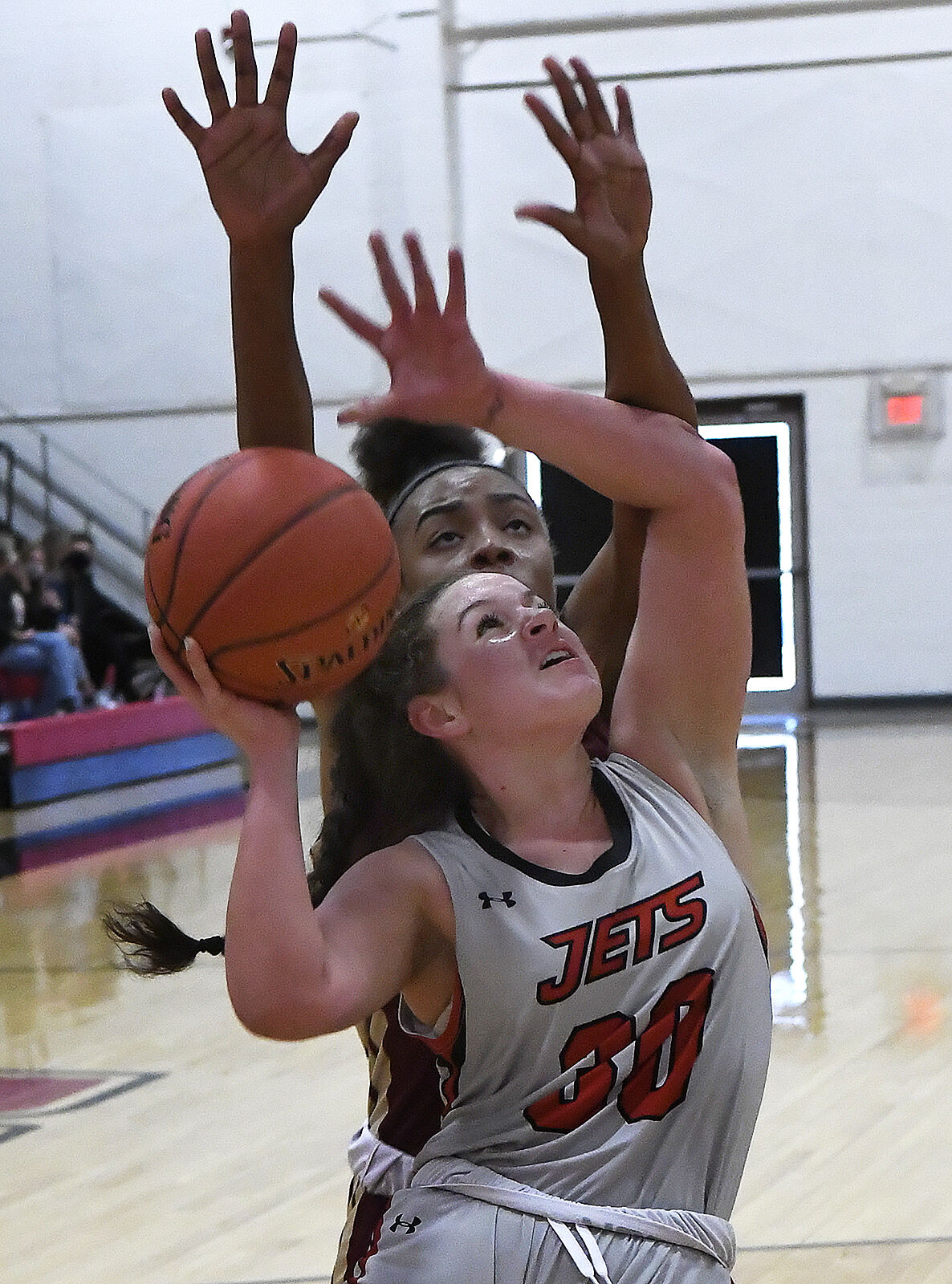 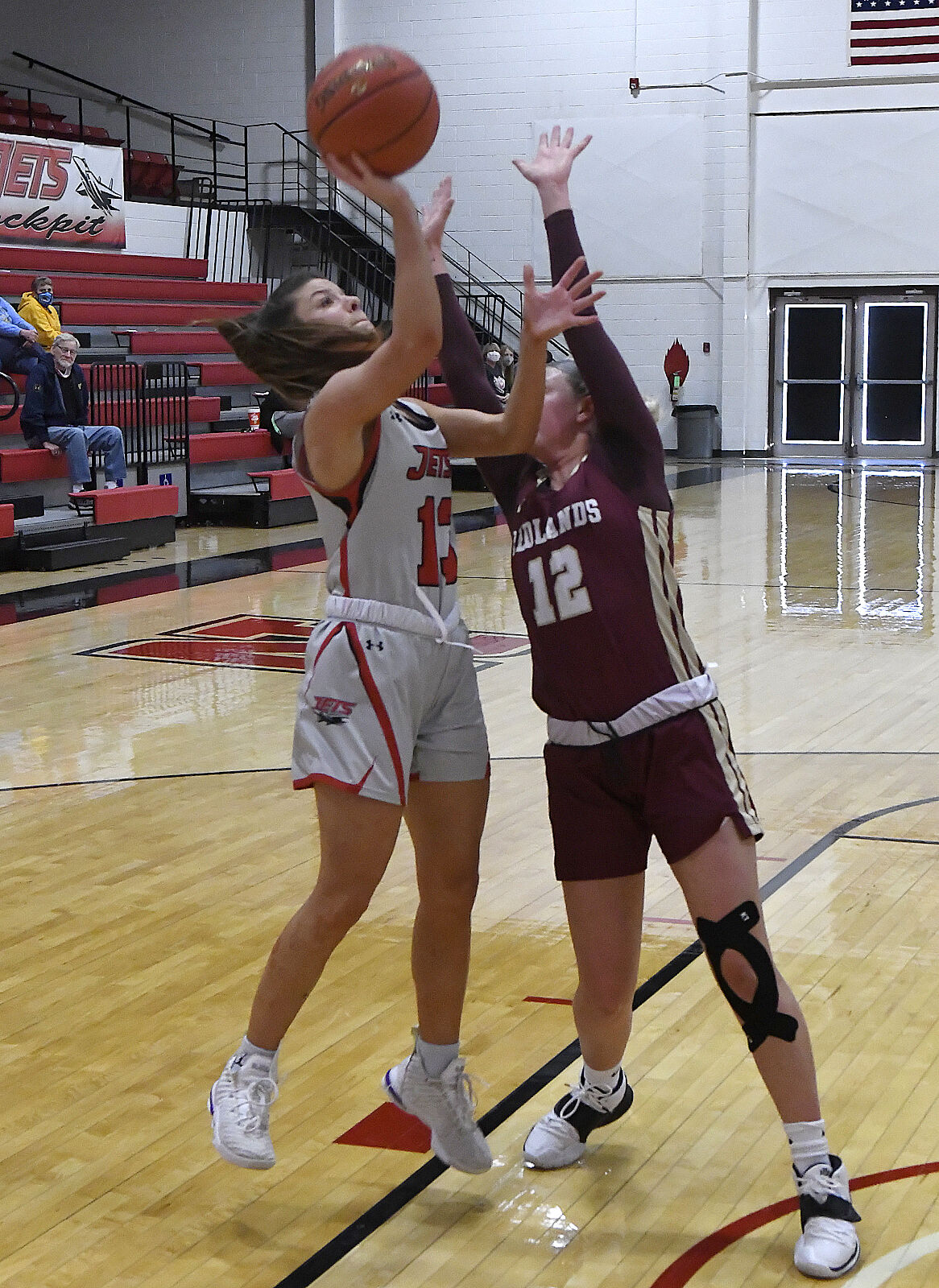 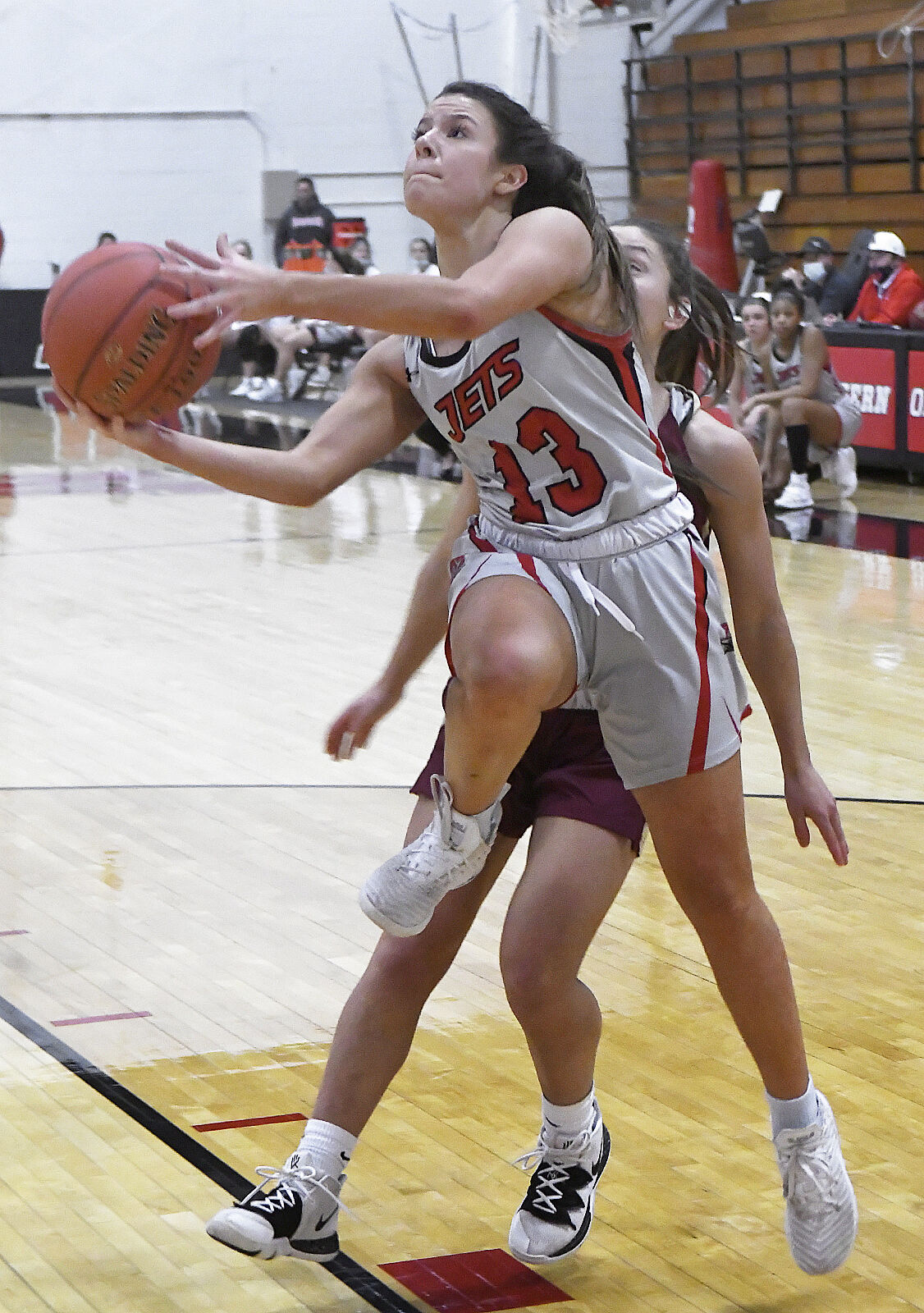 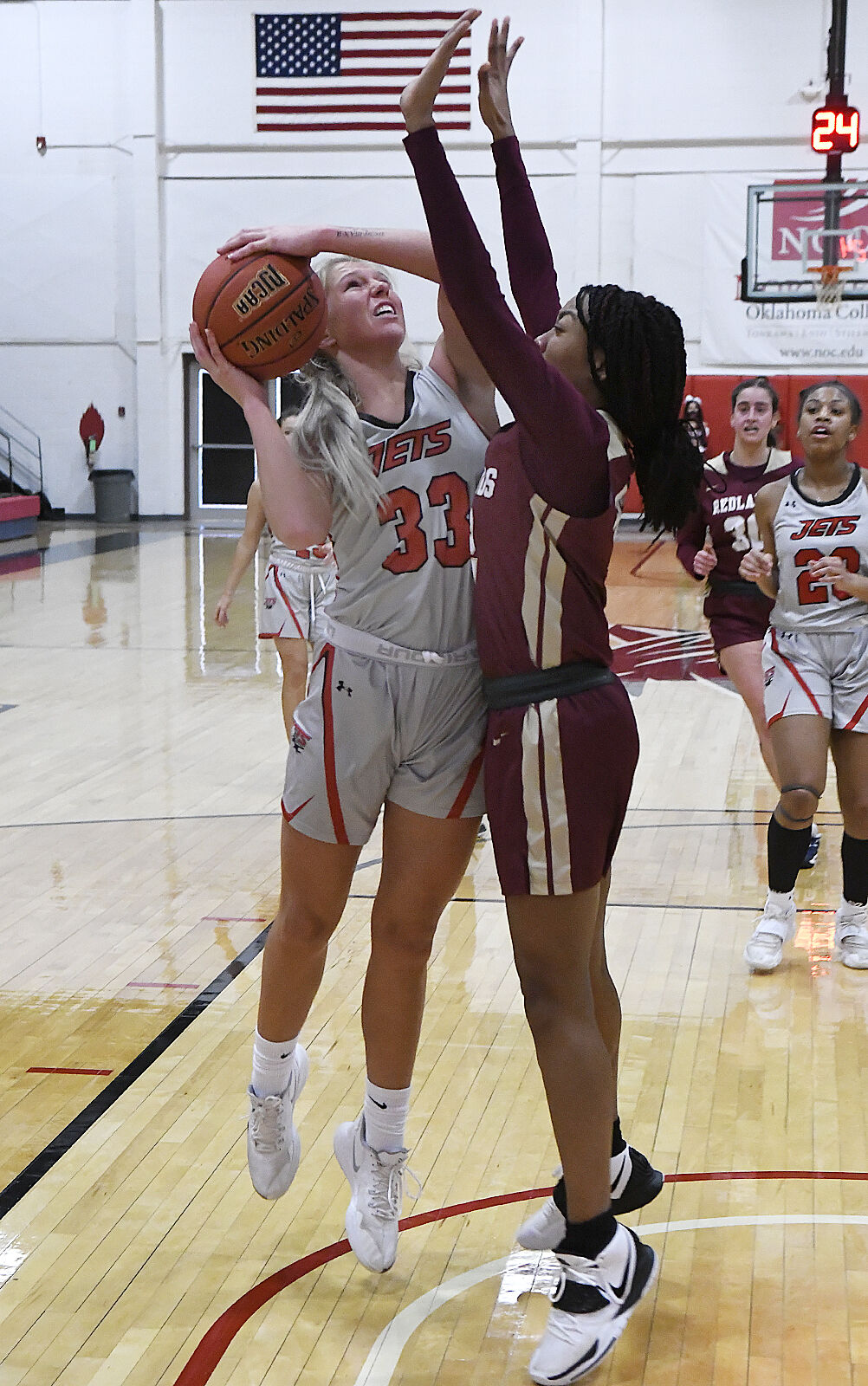 It was the fourth straight win for the Jets, who are now 4-1 overall and 3-0 in conference.

Jordan had three threes in the first half, but was even more effective inside.

“Most of his points were at the rim,’’ said Jets coach Chris Gerber. “He was really aggressive around the rim. He played really well.’’

He was joined in double figures by Teyon Scanlan with 17, Ikenna Okeke with 17, Tydarius Fish with 12 and Jalen Stamps with 11.

“Scanlan gave us a boost early when we had a slow start,’’ Gerber said. “We weren’t moving the ball early as well as did on Saturday (when NOC Enid hit 18 threes against Seminole). We were hitting the shots like we did. It took us a while, but we were aggressive and found the open man.’’

“He was aggressive,’’ he said. “He played a great defensive game and played his best offensive game of the year. He is getting comfortable in our offense.’’

Madelyn Hankins’ 22 points weren’t quite enough for the Lady Jets in a 66-61 loss to the Lady Cougars.

It was the third straight loss for the NOC Enid women, who are 1-3 overall and 0-3 in conference.

The Lady Jets, down 53-42, made a strong run in the fourth period. They had a chance to tie the game in the final seconds but missed the shot. Redlands hit three free throws in the waning seconds to take the game.

“Yes, it was a tough loss,’’ said Lady Jets coach Kelli Jennings. “The first half (32-28 Redlands) was a little rocky. I felt like we weren’t in sync, but in the second half we battled, and that’s what you want to see. I keep telling them we’re going to get over the hump. We just have to get better every game.’’

Jennings did not blame the slow start on not playing for an 18-day period.

“Everyone is in the same boat there,’’ she said. “You have to take it week by week and be thankful for when you get to play.’’

Hankins hit six threes to keep the Lady Jets in the game. Redlands outscored NOC Enid, 21-14 in the third period to take the 53-42 lead.

“Maddie was solid on both ends of the floor tonight,’’ Jennings said. “That was one of her best games.’’

Lauren Wade was the other Lady Jet in double figures with 13 points.

“She did a great job inside,’’ Jennings said. “She got their big girl in foul trouble and was a spark plug for us.’’

NOC Enid will travel to Murray State for a 5:30 p.m. women’s-men’s doubleheader Thursday.