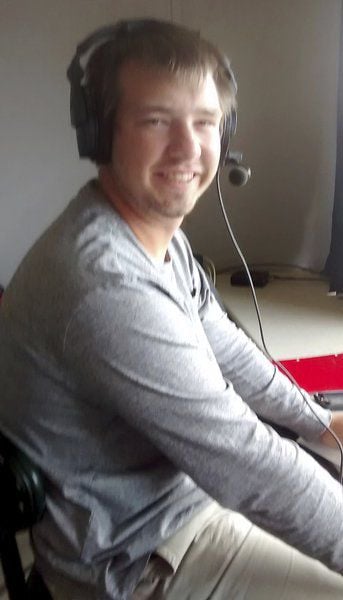 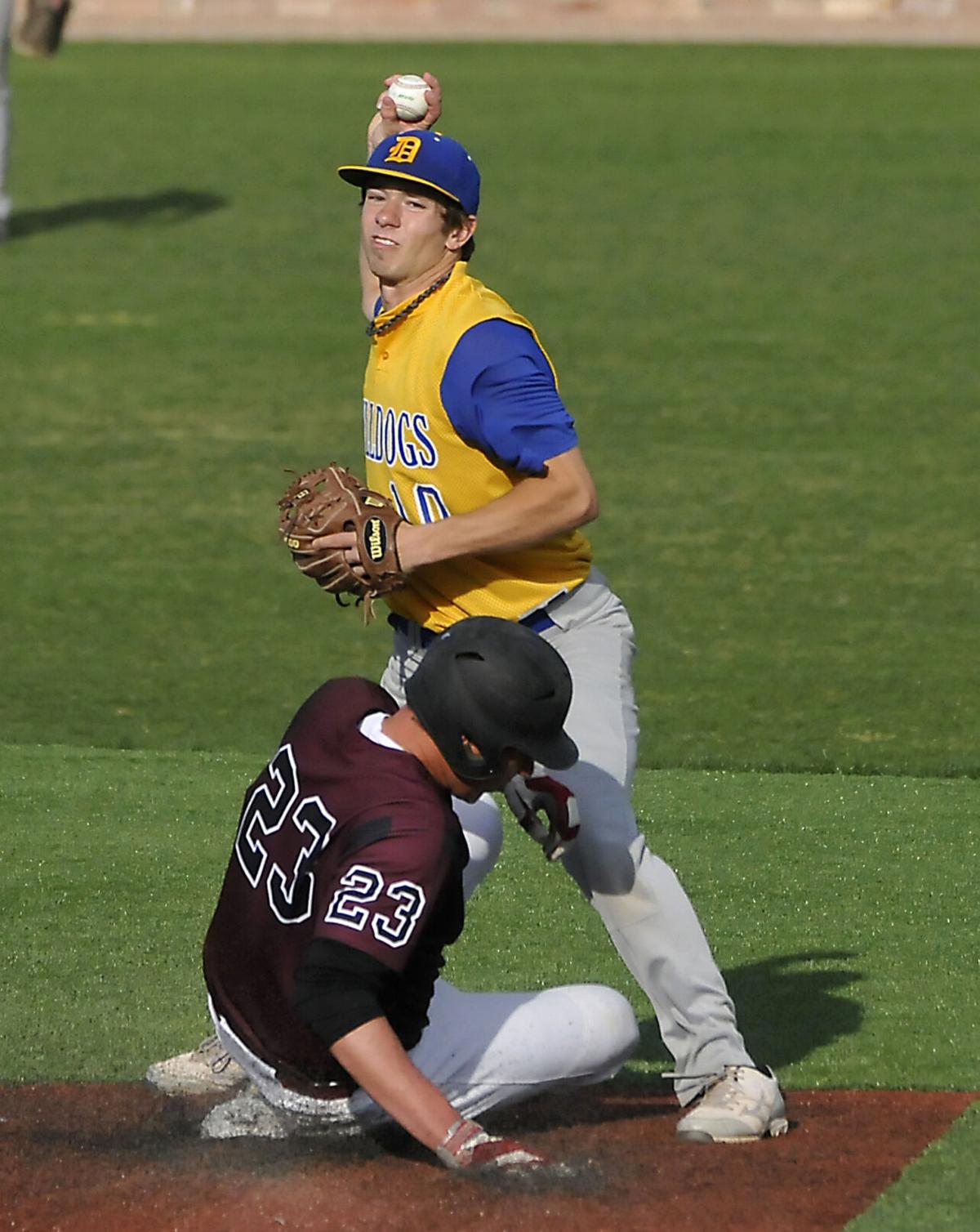 Drummond’s Brady Kokojan tries to throw over Colby Koontz of Pioneer during the third-place game of the Merrifield Office Plus Invitational. Kokojan, a Drummond graduate, has been named basketball coach of his alma mater.

Drummond’s Brady Kokojan tries to throw over Colby Koontz of Pioneer during the third-place game of the Merrifield Office Plus Invitational. Kokojan, a Drummond graduate, has been named basketball coach of his alma mater.

DRUMMOND, Okla. — Drummond basketball fans can just hope Brady Kokojan is as good a coach as he was as a player.

Kokojan, an all-stater for the Bulldogs in 2014, was officially named the head boys basketball coach at his alma mater at a school board meeting Thursday.

Enid High assistant Kylee Vestal was named the girls head coach, succeeding Devon Schafer, who is moving up to being the school’s new principal.

Kokojan had been an assistant the last two years under Brent Rousey, who retired as both coach and superintendent after taking Drummond to the regional tournament last season.

“This is my dream job,’’ Kokojan said. “It’s always been a special place for me. The people — the students and the faculty — make it great there.’’

Kokojan’s father, Greg, was an ag teacher there for 25 years and the principal for 10. Mother Christine taught math for 35 years, kept the basketball books and was his rebounder when he came in the gym on summer mornings to shoot.

Drummond superintendent Jarrod Johnson called him a “local legend.’’ He is believed to be one of only two DHS all-staters.

The legend became stronger as his current players from elementary school on could see Kokojan’s All-State photo every day as he entered the gym.

“The younger kids would walk by and say, ‘Is that you Coach K?,’’’ Kokojan said. “I say, ‘That’s me.’ I look at coaching at my alma mater as a good thing, because everybody knows who I am and what I’m all about. I want to thank Mr. Johnson for giving me this opportunity.’’

He still has some unfinished business. Kokojan’s prep career ended on a buzzer-beater loss to Pond Creek-Hunter in the area losers bracket finals.

“That still bothers me and still bothers my teammates,’’ he said. “I would love to do that (state tournament) for Drummond some day. I will work my tail off to try. If we don’t make it, it won’t be because I didn’t work hard enough.

“It’s going to be tough to succeed coach Rousey. Both coach Foster and coach Rousey were really good to me.’’

Kokojan said he learned a lot both from his high coach Curtis Foster (now at Enid High) and Rousey, who won over 600 games in his career

“I like a run-and-gun style and playing hard-nosed man-to-man defense,’’ Kokojan said. “You have to be able to use the style that fits your team the best. We have a bunch of good athletes. We’ll see what style works best.’’

“I feel great about the future,’’ he said. “We have a real good young group. I can’t be at a better place than Drummond right now. We have had a couple of camps already that have been great. You can’t tell these kids are young by the way they handle themselves.’’

Kokojan has taught science the past two years and has assisted with the softball team.

He did not play college baseball but played two years at Redlands Community College. He had signed with St. Gregory’s, but the Saints dropped their program because he graduated. He went on to Northwestern Oklahoma State, where he served as a graduate assistant.

He also played with the Enid Majors and served one summer as a color analyst on the Majors’ broadcasts.

Vestal, who graduated from Enid High in 2016, played at Southwestern Christian in Oklahoma City, and was an assistant with the Pacers last season.

“She is going to be a great addition,’’ Johnson said.

Vestal said she can’t comment until she is officially released from her Enid contract.

Schafer came to Drummond during the 2017-18 school year after 25 years at Oklahoma Bible Academy. He was at Corn Bible for four years and Markhoma Academy for one year.

Schafer took the Lady Bulldogs to the area tournament last season for the first time in more than 25 years.

“We talked about me doing both (coaching and principal),’’ Schafer said, “but they felt it would just be easier on me to concentrate on my new job as principal and not to have worry about all the coaching stuff.’’

Schafer said he is excited about the new job.