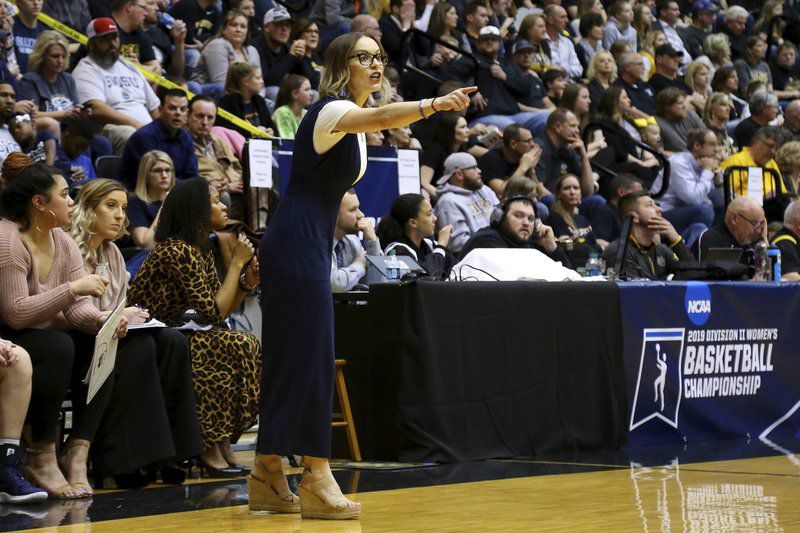 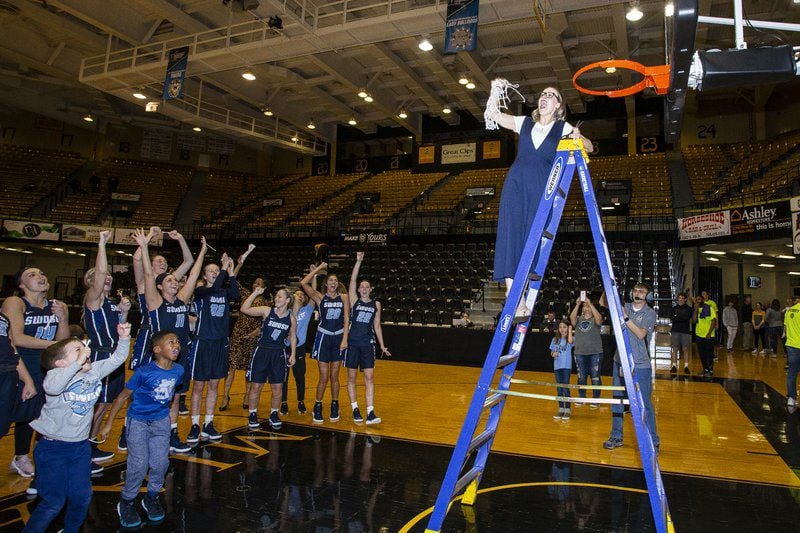 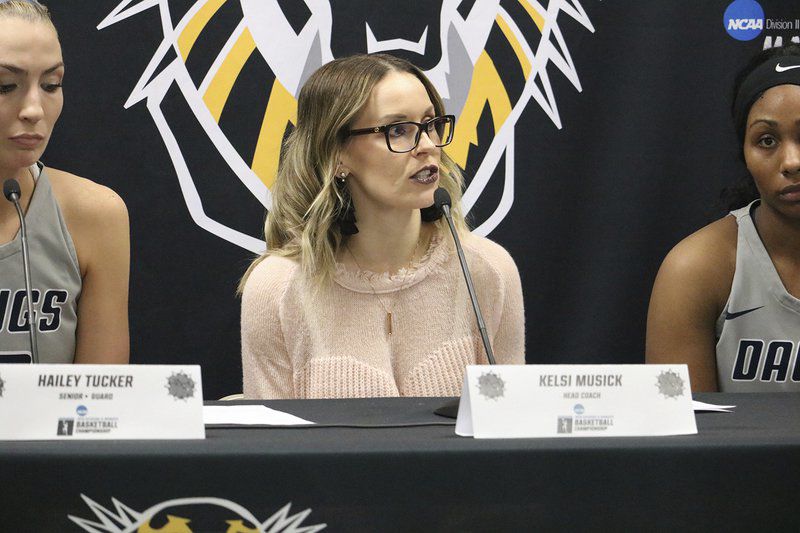 It was the first regional championship in Southwestern history and just another milestone in Musick’s decade-long career of transforming the Lady Bulldogs basketball program into a national title contender.

“When I took this job, we started at the very bottom,” Musick said to a room full of reporters. “We won three games my first season and in three years, we won three games in one weekend and won our first Great American Conference title. This is something we’ve dreamed about and we’ve talked about.

“And we believed in it.”

A change of pace

Around this time last year, Musick was in Sioux Falls, S.D., explaining how three-seeded Southwestern fell by three points to six-seeded Fort Hays State in the first round of the national tournament.

The first-round exit put the seal on a 26-5 season and sent the Lady Bulldogs into a long off-season.

“That stuck in the back of our mind,” Musick said.

Fortunately for Southwestern, the Lady Bulldogs returned all five starters and a dribble-drive offense that scored more than 80 points per game. The expectations were high. But Musick knew in order for this season to be different, she needed to make a change.

So, she completely overhauled her defense over the summer, abandoning the halfcourt man in favor of a fullcourt press. The goal was to force opposing offenses to speed up their game, create and capitalize on turnovers to build a point differential. But in order to execute the defense, Southwestern needed to raise its endurance to another level.

“My players probably thought I was crazy,” Musick said.

“When she first introduced it to us, I was like, ‘Are you kidding?’” Priddy said. “‘Are we actually going to play faster than we already play?’”

Musick put the Lady Bulldogs through an “extremely difficult” preseason camp. The rigorous conditioning carried over into the season and remains present even at the national tournament.

Southwestern’s conditioning continues to pay dividends for the defense. The Lady Bulldogs allowed a conference-low 67.6 points per game, a nearly nine-point drop from last season, and had a conference-leading turnover ratio (+9.1).

The dividends trickled down to the offense. Southwestern not only raised its points per game average by three points, but the offense recorded conference-leading point differential (+17.1).

In its first season in Musick’s new defense, Southwestern is 33-1 with a 33-game winning streak, a program-best in the Division II-era. Its only loss came from Emporia State in the season-opener, a defeat the Lady Bulldogs avenged with a six-point comeback win in the first round of the national tournament

“It’s amazing what it’s been able to do for us,” Musick said.

“I’ve absolutely fallen in love with it,” Priddy said.

Wiggins and Musick have known each other since she played under him at Cameron University in Lawton. She was a four-year starter and was an integral part of transforming the Lady Aggies. Cameron went from winning five games her freshman season to finishing with a program-best 26-5 record and a first-ever appearance in the Division II tournament her senior year.

Wiggins was an assistant and eventual head coach at Cameron during Musick’s career. As a player-coach, Wiggins said Musick helped instill the team’s culture and mentality.

“She was fantastic at that,” he said.

Before she installed a new system at Southwestern, she was calling plays on the floor for Cameron. Wiggins recalled an overtime win that came down to one side out-strategizing the other.

“She called a lot of plays going toward the end of the game and through overtime,” he said. “It was a big sign that she had arrived and our team arrived.”

After Cameron, Wiggins became an assistant coach of Fresno State’s women’s team while Musick became the head coach of the girls' basketball team in Canton, her alma mater. In two seasons, the Lady Tigers went 16-9 and advanced to the Class A regional tournament in 2007.

When Wiggins became the head coach at Fresno State, he brought Musick on as an assistant. Wiggins said that Musick, daughter of longtime Canton head coach Pam Bond, was a natural coach on the floor.

“You could tell she grew up with that her whole life,” Wiggins said.

“I said, ‘Hey, I don't know what you’re looking for,’” Wiggins said. “But she’s going to be better than what I’ve ever done here.'"

Musick and her systems receive a lot of the credit for Southwestern’s success. But the program’s ascension ultimately stems from its family atmosphere.

“Those players become so special and so a part of our lives,” Musick said.

She refers to assistant coach Cophie Anderson as her best friend. Musick's the mother of four, but it feels like she’s added 15 daughters to her family of four. The door is always open to her office and a look inside will reveal her speaking, laughing or “cutting it up” with one of her players.

Even on tough days, players know where to find Musick and her staff.

“I know there’s been many days where not even a phone call to my real mom was enough,” Priddy said.

“I think the first thing they know is that we truly do have their best interest at heart,” Musick said. “We genuinely love them.”

Musick had to build Southwestern from the ground up. The Lady Bulldogs hadn’t won much before her arrival. But the past didn’t dim Musick’s goal for the future.

“I wanted to build a perennial powerhouse,” she said. “I knew I had to put in something that I wholeheartedly believed in.”

Season-after-season, Musick and her coaching staff recruited players, including former Seiling standout Taylor Hedrick and Chisholm's Nicole Middleton — both now juniors — to fit her system and laid the foundation for her program so the Lady Bulldogs could reload, not rebuild, season-to-season.

The Lady Bulldogs went 15-38 in Musick’s first two seasons and have gone 174-69 since. In eight seasons, Southwestern won three GAC tournaments, made four NCAA tournament appearances and will play in its first Elite Eight game against Saint Anselm (22-9) at 1:30 p.m. Tuesday.

Southwestern, the No. 2 seed, isn’t satisfied with an appearance in the Elite Eight but wants to keep going.

“It’s taken us a while to get here, but at the same time, this is what everyone wants,” Musick said.

Southwestern is reaching new heights under Musick. But the climb isn’t the hard part.

“It’s staying there,” she said.

The services for William "Bill" North, 77-year-old Enid resident, are pending under the direction of Henninger-Hinson Funeral Home.