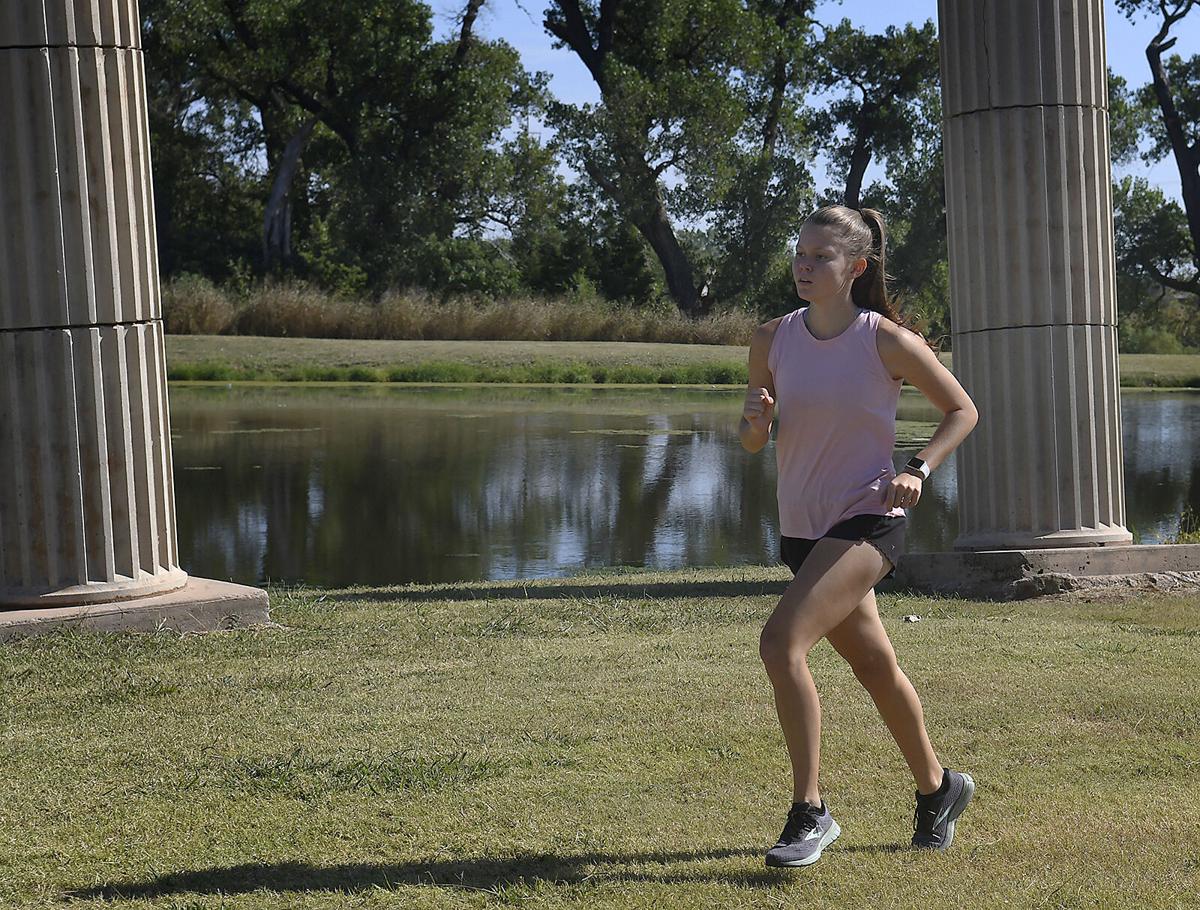 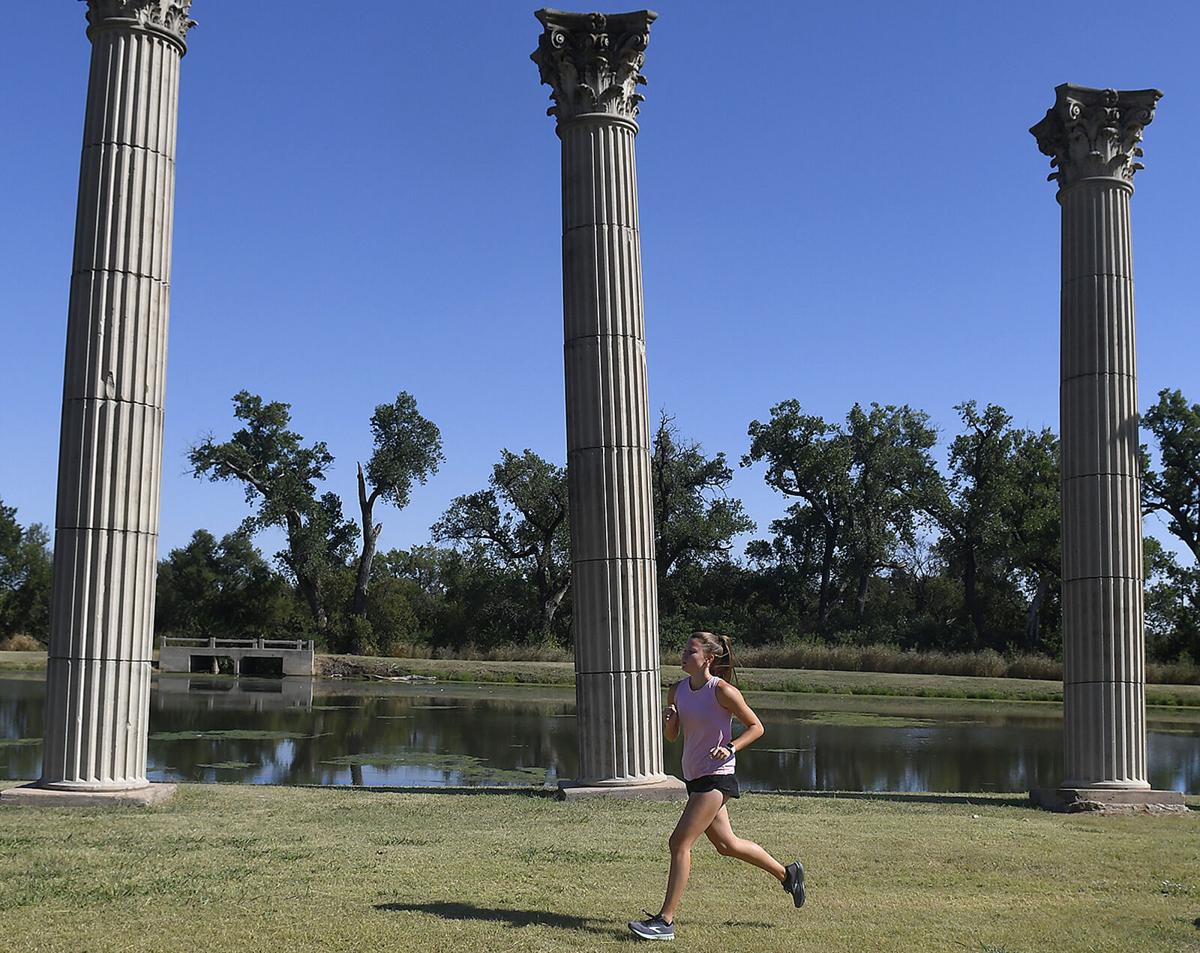 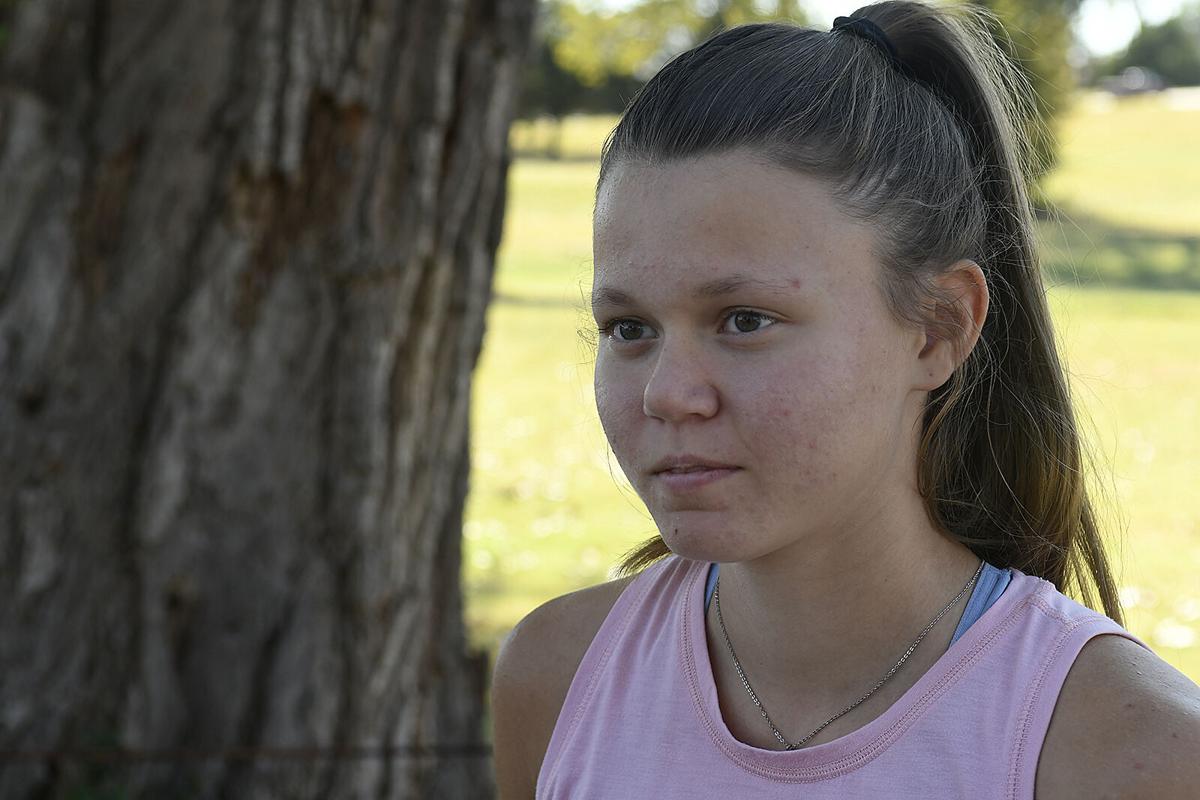 Whatever she does at Thursday’s Oklahoma Big 8 Conference cross country championships, Enid’s Sarah Bonebrake has established an impressive legacy.

As a straight-A student, she has been one of the driving forces to the Pacers winning the Class 6A academic state championship in both cross country and track last season as a sophomore.

“She is a great kid that works hard every day,’’ said EHS coach Steve Bloom. “It takes a lot to come out every day and put in the work that they do here (cross country), and they do the same thing in the classroom.’’

Bonebrake takes pride in that discipline. She and her teammates run anywhere from 25 to 30 miles a week.

“You have to have good grades to run, so you might as well discipline yourself to do both,’’ she said. “I just really try to organize my schoolwork. That’s my top priority.’’

Bonebrake has a full plate working at Tropical Smoothie Cafe, as well.

“I don’t have a lot of free time,’’ said Bonebrake, who also likes to read and paint. “You really have to stay really organized and focused in on what the teacher is talking about.’’

Bonebrake, who has been Enid’s highest finisher at seven of its meets so far, has become a vocal leader. That should help prepare her for her ambition to be an elementary school teacher.

“I like working with kids,’’ she said. “They are really amazing. I try to push the others (teammates). During a meet, if I see them behind me, I said, ‘Come on, get up here’ … things like that.’’

Bonebrake said her teammates have pushed her both in meets and in practice.

“She is always encouraging the other runners,’’ Bloom said. “That’s what you like to see out of your leaders.’’

Bonebrake is coming off her fastest time of the season with a 24:02.65 in finishing 36th individually at a meet at Tulsa Washington on Sept. 23.

“I was more relaxed when I was running for sure,’’ Bonebrake said. “In my head, I was more calm, telling myself to run my best.’’

Running is spiritual for her.

“It’s just like a feeling that you have out there,’’ Bonebrake said. “After you finish running, you feel like, ‘Oh my goodness.’ At times you don’t feel like you want to do this … you just want to walk … but after you finish, you are really proud of yourself for what you just accomplished … it’s like, ‘Wow, I just did that.’’’

Her goal for Thursday is to go “one second faster” than her time at Washington, or go under 24 minutes. Her highest individual finish this year was a third at the Enid Invitational, where she was third in 15:21.9 over a two-mile course.

Bonebrake was inspired to run cross country after running distances in track as a seventh-grader. She tries to run a steady pace. Bloom has said he would like to see his runners pick up the pace in the second mile.

“The first mile I try to start out at a faster pace,’’ Bonebrake said. “The second mile I relax a little bit, but once I hit the third mile, I really pick it up. I think I have the perfect pace for the end. I have been running for a while. I know how much energy I should have at the end and when I need to pass somebody.

“You definitely want to go out fast so you don’t get stuck out in back behind people. You just want to keep a good pace. If you see a person in front of you, you just go for them.’’

She ran at the Putnam City course last year and said it was pretty flat. Bonebrake is psyched up with this being the last meet before regionals Oct. 23.

“This meet is important,’’ she said. “There’s going to be some good teams like Choctaw there. We would like to get in the top three or four as a team.’’

Enid’s girls come into the meet ranked No. 15, which Bonebrake said was “really surprising.’’

“I think we have a shot to qualify at state if we run our best,’’ she said.

Bloom said he has been pleased with Bonebrake’s steady running.

“Her times have been dropping the last few weeks,’’ he said. “I hope she can continue that for regional and state.”

Bloom said he would like to see both the EHS girls and boys in the top three at conference.