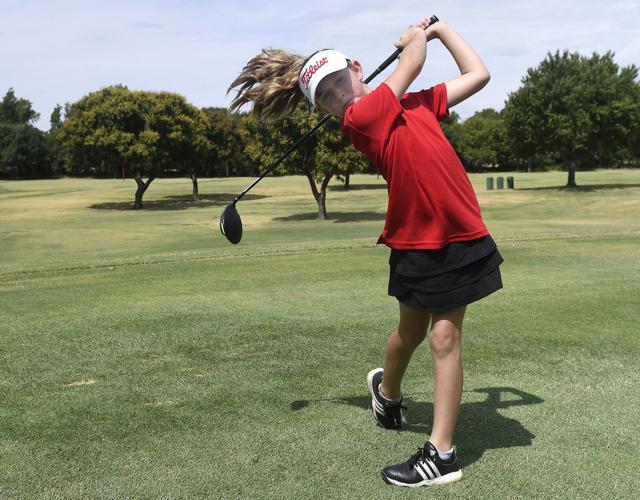 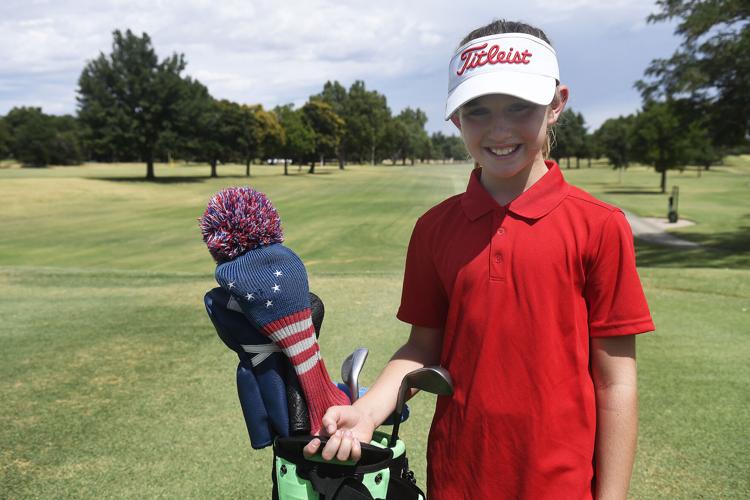 Gray Gerloff dreams of playing on the LPGA Tour some day.

She is not the typical 9-year-old, though.

Gerloff, who lives in Freedom and plays out of Oakwood Country Club, qualified for the U.S. Kids World Tournament Aug. 4-6 at historic Pinehurst, N.C.

Her swing, attitude and mental toughness reminds Oakwood head pro Tim Mendenhall of Enid native Stacy Prammanasudh, who won $3,540,646 on the LPGA Tour before retiring in 2013 with two Tour wins and 30 top 10 finishes.

He hopes when she is 11 or 12 she will be out playing with members at Oakwood on a regular basis like Prammanasudh did.

“The sky is the limit for her,” Mendenhall said. “She has what it takes to be successful on that level, a great attitude, the love of the game and the love of practice.”

Mendenhall says she is a hoot to be around but she is mature beyond her years as far as her game is concerned.

“I asked her one time about how her round was going and she was talking about how the right wind affected her game,’’ he said. “You don’t hear that usually from a 9-year-old.”

“I just like to play with my dad and I love practicing,’’ Gerloff said. “I’ve had some good coaches, Rob Raborn and Ashton Armstrong. I just really want to play.’’

She has played at Oakwood for a year and also plays at Boiling Springs in Woodward.

Her best round has been a 39 for nine holes. Her mother Ally says her daughter is pretty steady in the 39-40 range.

“I want to shoot in the 30s and win,’’ she said about her goals for Pinehurst. “I’m going there to have fun and stay in the game.’’

Her competitive spirit is seen when she is playing her dad for money.

“She has been filling her pockets up,’’ Ally said. “She always has her dad bring her wallet after they play for money.’’

Ally has been her daughter’s chauffeur, taking her daughter to Oakwood at least twice a week and around the junior tournament circuit. Mendenhall said parental support is crucial.

“It’s been worth it for sure, even with inflation,’’ Ally Gerloff said. “We don’t get this time back.’’

She is inspired by seeing Prammanasudh’s old golf bag signed by her fellow LPGA members in the Oakwood pro shop.

Like Prammanasudh, Gerloff has developing a following around Oakwood.

“Every female member knows her,’’ Mendenhall said. “She has made a lot of friends.’’

Gerloff has become close with Nancy Fore and the other Oakwood junior golfers. She played for Oakwood in a junior league against Meadowlake’s juniors.

“Oakwood has been good to her,’’ said Ally Gerloff. “They have taken her in and given her a home course.’’

Gray Gerloff said her short game is the strongest part of her game.

Gerloff will not be intimidated by playing the famed Pinehurst course.

“I’m going to have fun,’’ she said. “I’m not going to put any pressure on myself. I know my swing. I don’t try anybody’s elses. I just love the game of golf.’’

When not playing golf, Gray Gerloff likes to dance and works on the family ranch, feeding cattle. She said she is proud to be both a golfer and a farm girl.

She has some special victory dances and fist pumps a la her hero Tiger.

“I have a special handshake when I make a good shot in practice sometimes,’’ Gray Gerloff said.

Oakwood member John Petersen, who had two daughters who were successful in junior golf, said Gerloff is pretty special and is looking forward to following her future.

“The big thing about her is she wants to play and practice,’’ he said. “She is reading books about golf. I’m excited for her.’’