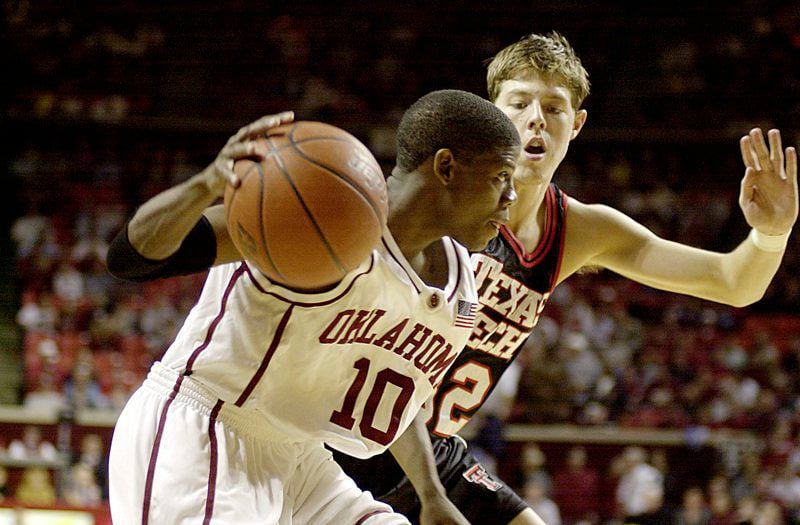 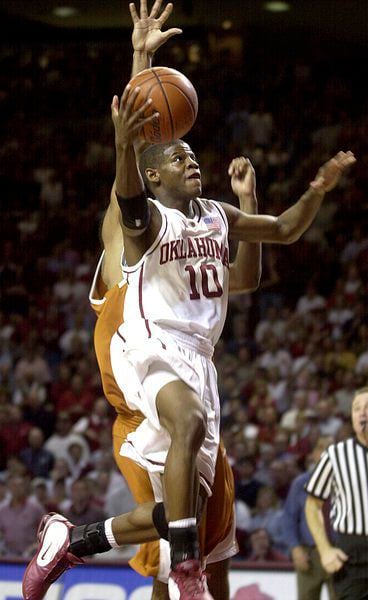 Oklahoma's then-senior guard Hollis Price goes up for a lay-up in a 2003 home game against Texas. 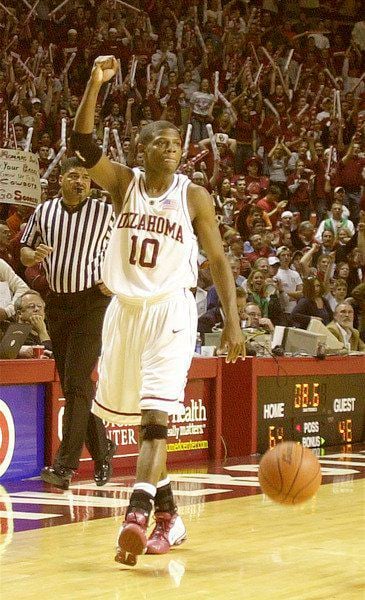 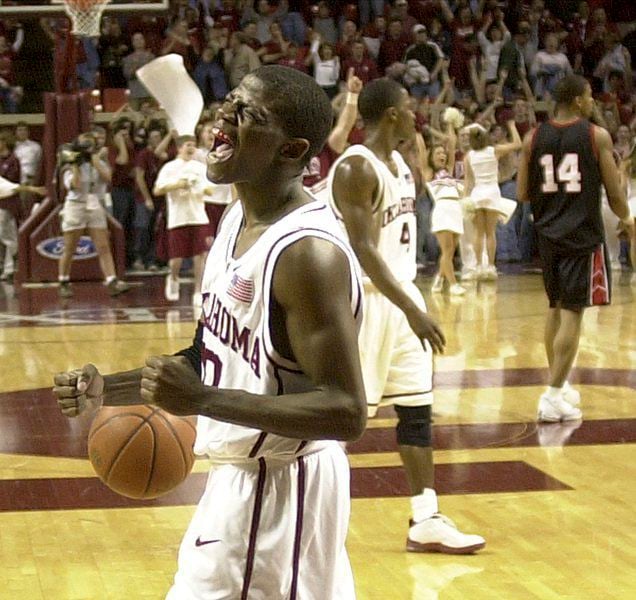 Oklahoma's then-senior guard Hollis Price goes up for a lay-up in a 2003 home game against Texas.

The Sooner guard had another year to play but Sampson, Oklahoma’s head coach from 1995-2006, felt it necessary to express his gratitude following OU's 2002 Final Four loss to Indiana.

“I just said thank you, Hollis. Thank you for trusting me to be your coach,” Sampson said. “It’s one of the great joys of my life having coached Hollis Price.”

The New Orleans native was the catalyst for two of Sampson’s best OU teams, earning consensus All-America second-team honors and Big 12 Player of the Year award in 2003. And he’s the second guard on The Transcript’s all-time Sooner men’s basketball starting five with a remarkable legacy that doesn’t come around too often.

When he was 16, Price knew his New Orleans-based AAU team, which didn’t venture far for tournaments, limited his exposure. So, he joined a team in Shreveport that traveled the country.

Price rode a bus eight hours each way to get to practice on the weekends. Motivating himself to make the trek was often a struggle but he thought the time investment would materialize into a Division I scholarship.

“I think that was the best decision that I made,” Price said, “as far as putting my name on the map and being able to be recruited.”

A Virginia AAU basketball event is where the late Jason Rabedeaux, a Sampson assistant at the time, saw Price play for the first time.

The Sooners sought a point guard and Price was worth a closer look.

“I always had a rule of thumb when I evaluated a kid,” Sampson said. “You're always big enough if you're good enough.”

And Price was plenty good.

Price became one of OU’s biggest recruiting targets next to Kirk Hinrich, a 6-foot-4 standout from Sioux City, Iowa. And it was never one or the other for the Sooners.

“I thought we're gonna get them both,” Sampson said.

Sampson says Hinrich silently committed to OU but his mind changed one week later and he ultimately signed with Kansas.

OU went all-in on Price and landed a player, who required little time to transition to the college game.

“A lot of kids came in and adjusted to our program,” Sampson said. “Hollis already was. He hit the ground running. There was no adjustment period for Hollis.”

The freshman Price wasn’t an immediate starter but asserted himself as one early through the season.

He wasn’t the team's focal point. It was former All-American forward Eduardo Najera’s senior OU season after all. But Price flashed his future stardom late in the 1999-2000 season when OU needed him most.

The Sooners trailed Missouri by two with 2.1 seconds left in a Big 12 tournament quarterfinal game. And Price had two free-throw attempts to send it to overtime.

Price says he’s welcomed the pressure. He didn’t think much of the situation. All he remembers is seeing his teammates’ arms linked on the bench, knocking down both shots and OU winning 84-80 in overtime.

“There was not a player on our team I was more confident that was gonna make those free throws than Hollis Price and a star was born,” Sampson said. “He got better and better and better every year, which was kind of a hallmark of our program.”

Price averaged 7.2 points a night as a freshman, which turned into 11.8 points the next season, 16.5 points as a junior and 18.0 points his senior season.

So, what distinguished Price?

“Of all the kids I've recruited in my career, Hollis was the most mature,” Sampson said. “Hollis was a grown man from day one. He was never a freshman.”

What culminated was OU’s 2002 Final Four run with Price at the forefront.

“We had great senior leadership and myself, who had been in the program three years now,” Price said. “We knew how special that team was going to be. We found it out early how good we were.”

Indiana took down Sampson’s Sooners. Price was limited to six points, McGhee had 22 but fouled out and White was held scoreless while fighting through a sprained ankle he suffered the day before.

Still, the team remains a special OU group — one Sampson says was the best he ever coached.

“I thought we had the best team in the country that year,” Sampson said. “I really did. I felt like whoever we played, I felt like we can beat.”

Sampson, Price and White are still on the same team.

Sampson just finished his sixth season as Houston’s head coach. Price has been Sampson’s director of player development his entire Cougar tenure, while White joined Sampson’s staff as an assistant in 2017.

Despite his change of scenery, Price remains loyal to the university that took him in 21 years ago.

“That's home to me,” Price said. “That's my second home. I lived four years there, and those were the best four years that I ever had. I was a teenager and I left there an adult.”

“… I’m honored that I had an opportunity to play for the University of Oklahoma. I'm happy that coach spent all those hours recruiting me and I'm just proud to say I'm a Sooner for life.”