State leaders need to take a cautious approach to any changes to the way thousands of veterans in Oklahoma receive long-term care.

Joel Kintsel, executive director of Oklahoma Department of Veterans Affairs, has said Gov. Kevin Stitt wants to privatize Oklahoma’s veterans centers. Kintsel said he and Stitt met twice in 2019 to discuss how to have a corporation take over operations of the centers.

Stitt, however, denies he’s looking to privatize the state’s veterans homes. It must be noted here that Kintsel unsuccessfully challenged Stitt in the Republican gubernatorial primary in June.

The disagreement between the two men should be enough to make everyone stop, take a breath and take a step back.

The state currently operates long-term, skilled nursing facilities for veterans in Ardmore, Claremore, Clinton, Lawton, Norman, Sulphur and Talihina and has plans to open another soon in Sallisaw.

Despite his denials about wanting to privatize the homes, Stitt says he is interested in expanding care options for Oklahoma’s veterans by allowing them to use the federal money that typically would pay for their state care to instead help pay for care at a private long-term care facility.

Stitt said a federal government bill passed in 2014 allows dollars to go wherever a veteran wants. He said states have adopted that federal policy, but Stitt said the state’s Department of Veterans Affairs has not yet implemented the federal guideline.

He said the state’s veterans home system has been sued by families claiming veterans aren’t getting the care they need, so there may be a better fit for those families by allowing those federal funds to be reallocated.

However, Kintsel says federal officials told the Oklahoma Department of Veterans Affairs it’s not legal for states to use federal funding in a way Stitt proposes, but there is an existing federal program where veterans can opt to go into a contract nursing home instead of a state-run facility.

Other veterans, notably Larry van Schuyver, a veteran and state commander of the Military Order of the Purple Heart, and Republican state Rep. Logan Phillips, an Army veteran, also do not favor the governor’s ideas.

Right now, there are too many accusations out there to move forward with any plans.

What we need is for state leaders to be open and transparent in their discussions. And, any talks must include veterans themselves and experts in veterans issues. That’s the only fair way to proceed.

Our veterans deserve no less than our best efforts.

•• The News & Eagle Editorial Board meets weekly to form the newspaper's stances on mostly local and state and occasionally national issues.

Have a question about this opinion piece? Do you see something we missed? Do you have an editorial idea for the News & Eagle? Send an email to editor@enidnews.com. 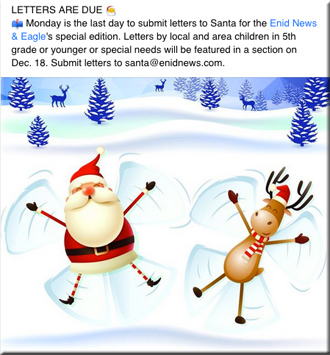