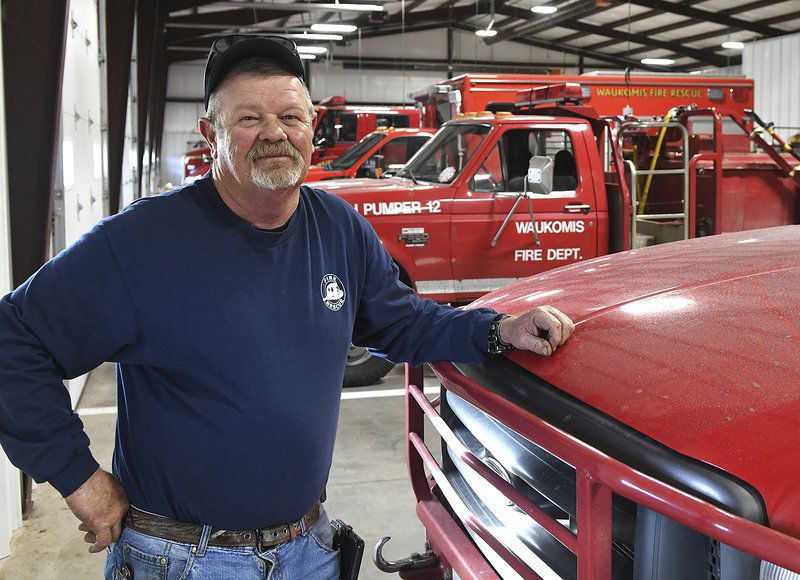 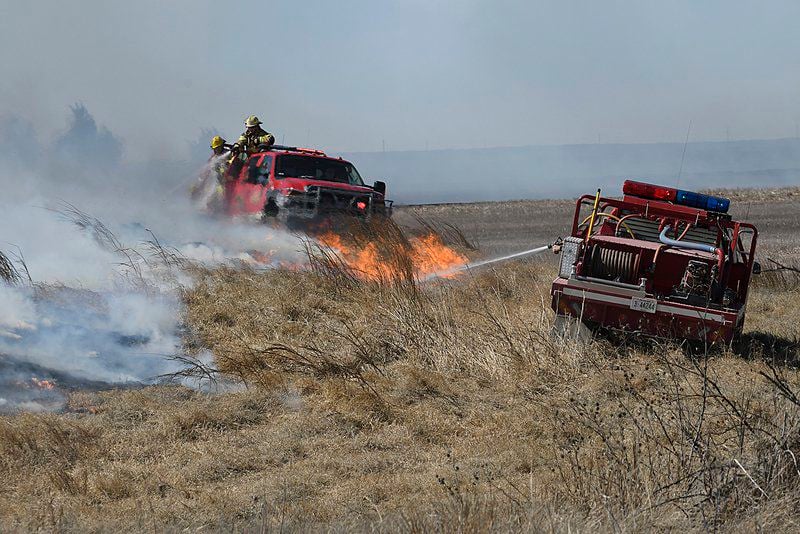 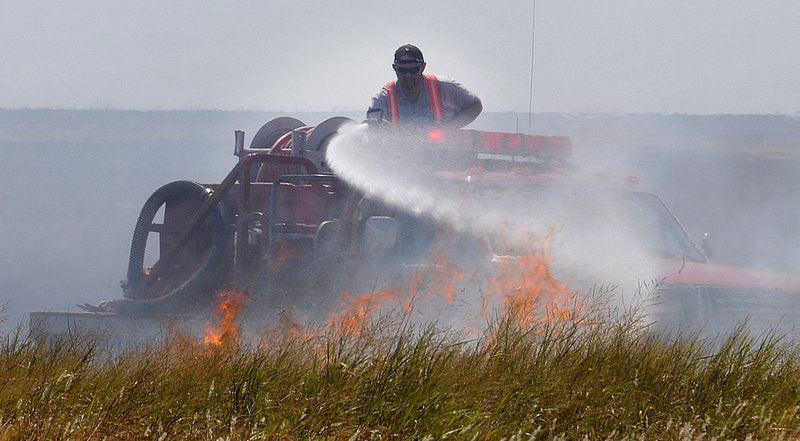 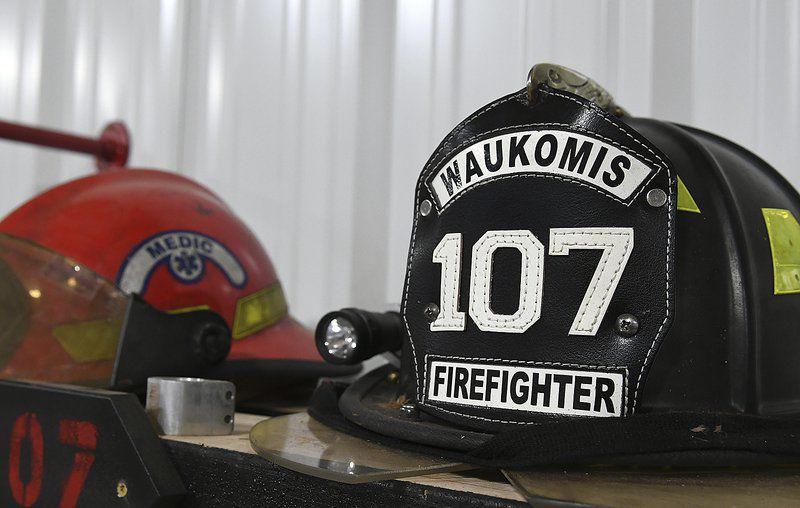 WAUKOMIS, Okla. — Rural Oklahomans depend on volunteer firefighters for rescue, from burning homes, from brutal wrecks along lonely roadways, but that help is getting harder to find.

He has 19 in his department, a good number considering overall trends, he said.

In comparison to the rest of Garfield County and much of the state, "Waukomis is kind of the exception to the rule."

It's never been easy to recruit — the danger, the lack of pay, the unpredictability, are all long-standing deterrents — but it seems fewer than ever are interested in protecting their rural communities.

"It's a lot of commitment, especially for people who have families, activities and all that stuff. It's just hard to get people to do it anymore," Maly said.

The decline can be seen across the country. And while National Fire Protection Agency data shows 70 percent of firefighters nationwide are volunteers, Oklahoma firefighters and legislators alike say the figure is higher for the state, at 85 percent.

People have more demands on their time, Maly said. Getting young people to join up is especially challenging.

If trends continue, rural departments are at risk of being stretched too thin, or of shutting down entirely, leaving large swaths of the state without any nearby rescue or fire protection.

Waukomis, with a population around 1,286, has grown and thrived throughout Maly's 35 years with the department, he said. A department is in many ways a reflection of the town it protects. Part of what makes his fire station an "exception," is it has a decent-sized pool of people to draw from.

Few are as fortunate.

"Some of these little towns that aren't growing are fading away," he said. "So what happens when there's no one around to do this anymore?"

"There's not a lot of young people in the community, and, that's nothing to do with the fire department, that's just where we're at," said Curtis Toews, Hunter assistant fire chief.

Hunter, population at 170, lives on wind energy and agriculture.

"Everyone's moving away. Once they graduate, they get married, get better jobs and move on," Toews said.

The Hunter department responds to two calls a week on average, maybe more or maybe less depending on the season.

With a staff of 13, things could certainly be worse, Toews said.

"We're not in bad shape by any means," he said.

Though he admits to worrying over what will become of his fire department in the years ahead.

"Oh, absolutely, but we'll just have to take that as it comes," he said.

Toews didn't expand on that thought. It's a topic he would rather not speculate on, he said.

A lot more to it

"We see that struggle in and around our county, you know, Hunter, Kremlin, Douglas, just to name a few. They're a little ways out, and there's not a lot of businesses or things to thrive on in these towns," Waukomis firefighter Phillip Ott said.

Youths are scarce in many towns, but even if they aren't it doesn't mean they're interested or able.

As a firefighting instructor at Oklahoma State University and Autry Technology Center, Ott has helped train volunteers from departments all around the state.

He's given a lot of thought to the recruitment issues among volunteer departments.

Ott and Chief Maly agree the time it takes to become a firefighter often scares potential candidates away. Raw recruits and experienced members both undergo hundreds of hours of training per year.

"There's so much time and training asked of new volunteers that it's just hard to get people to walk through the door," Maly said.

Standards have continually heightened since he joined in the 1980s, and that's a good thing, he said. Everyone is safer for it.

Now, volunteers fire deparments often are as well-trained as those in paid departments.

"The only difference between paid and volunteer is the paycheck," Maly said.

Ott said in the areas of education and training, there is movement toward accommodating modern-day demands, like offering courses that can be taken mostly online. Work and personal schedules are less likely to get in the way of class time.

No one thing will solve the shortage, but a lot of ideas are being fielded. Taken together, they might have a real impact.

What it will come to

There are something like 60 bills regarding firefighting headed to the Oklahoma Legislature for the 2020 legislative session, according to Garber Fire Chief Brady Bond.

Bond sits on the Oklahoma State Fire Association's legislative committee. Most of those 60 bills will never be heard, he said, "but there are a handful ... that you need to watch."

The big one is a cost-of-living adjustment for retired firefighters, meaning bigger pensions. This won't help guys like Bond, Ott, Maly or Toews much.

Retired volunteers do receive a pension, but to the tune of a couple hundred dollars a month. Not nothing, but not much. Anyway, monetary compensation is sort of beside the point.

"If you're doing it for the pension as a volunteer, you're crazy," Bond said.

Last session, a bill passed allowing retired firefighters from paid departments to sign on with volunteer departments without risking their pensions.

As a result, Garber was able to add a former Oklahoma City firefighter, with 30 years of experience, to their force.

Knowing what they had waiting in the wings, Garber pushed hard for that bill.

"Does it help everybody? No," Bond said, but it shows that staffing woes really can be helped by legislation. At least to an extent.

Still, Bond is doubtful this problem can be legislated away. The root of it is in the culture of today, in the priorities people hold, the responsibilities they have, and in what they can afford to give to something that asks so much.

"Unfortunately, what I see in the future ... is maybe moving to paid departments in rural areas," he said. "I think that is what it will come to eventually."

The recruitment struggle could put an end to volunteer departments, regardless of size.

"These smaller departments will shut down and then Garber, and Waukomis, Drummond, these bigger departments with high-call volume, will take up the space left by (their closures)," he said. "Then we'll run into the same problem, that we don't have enough people to cover all this area."

But until then, Bond said his station is open to anyone with an interest in joining, or just looking to talk.

"The doors are open, people are always welcome to come in," Bond said.