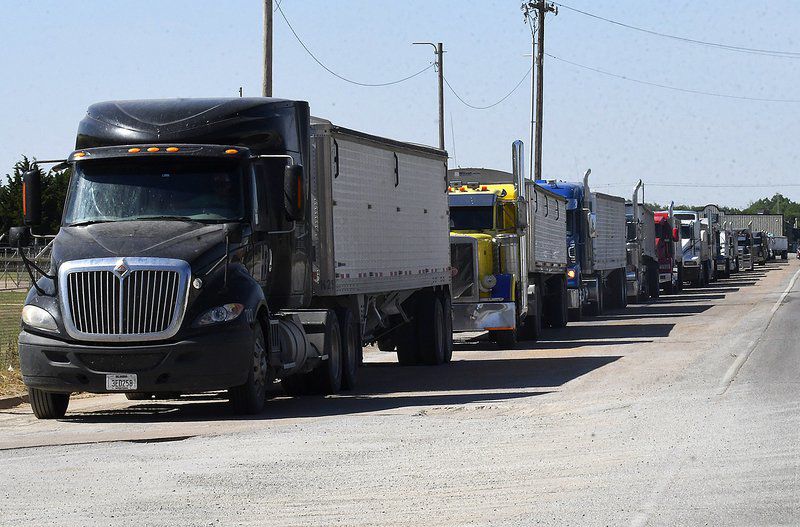 Harvest trucks wait in a line to weigh in at the ADM scales on 10th on Monday. (Billy Hefton / Enid News & Eagle) 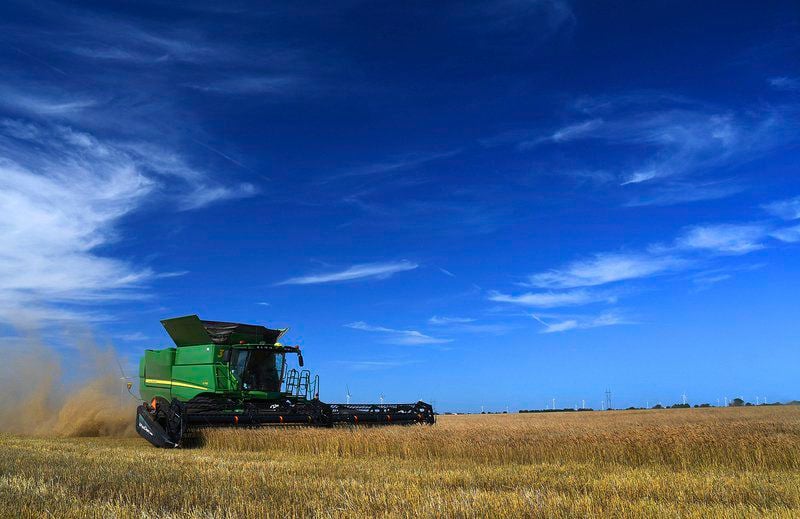 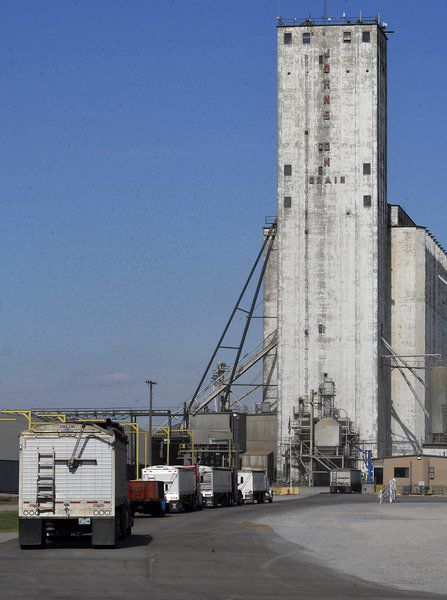 Harvest trucks wait in a line to weigh in at the ADM scales on 10th on Monday. (Billy Hefton / Enid News & Eagle)

Wheat harvest is fully underway in Oklahoma as it moves from the Oklahoma-Texas border toward the Oklahoma-Kansas border, showing high yields and test weights well above average due to low stress in the wheat.

Test weights are measured in bushels, which are typically about 60 pounds. Enterprise Grain Co. President Brady Sidwell said tests weights this year are some of the highest he has ever seen, around 66 pounds per bushel.

“The crop was never really stressed for the most part in our area,” Kelln said. “We had consistent moisture. When the plant needed to grow, it grew, and it was not stressed.”

Yields have been good for the state, averaging about 30-60 bushels per acre in central and northern Oklahoma, said Mike Schulte, executive director of Oklahoma Wheat Commission.

Southwest and south-central Oklahoma are not faring as well, however.

“(Southwest and south-central crops) are not faring as well due to the late freeze conditions we had on April 15,” Schulte said.

Low stress on the wheat may have produced a high yield and test weight, but it also has produced a low protein percentage in the wheat.

Low percentage protein means it is less marketable to producers. Flour mills, for example, look for about 12% or higher protein wheat, Sidwell said. This year’s crop is producing as low as 7.8% in some places.

Schulte said he still is hoping for an 11% protein average for the state.

“We have had producers that have made really good management decisions, and because of that they are going to benefit from those high protein numbers,” Schulte said.

Looking at test weights, protein functionality and yield, Schulte said it should be an “extremely favorable crop” for what a miller and baker are going to want, especially when it comes to flour extraction due to the heavier test weights.

“That’s a good indication that there is going to be more mass in the kernel for more product to be extracted,” Schulte said. “I think this is going to be one of the best quality crops that we have had to market in a long time.”

Enterprise Grain introduced a protein premium a few years ago, meaning the company will pay farmers with protein above a certain level. Farmers with low protein will not get the premium.

Wheat with lower protein still will be bought, just with a lower bid to the farmers, Sidwell said.

Favorable weather conditions also have producers moving quickly to get the 2020 crop out. Oklahoma’s harvest is about 35% complete.

“The weather, minus (Tuesday) and the wind, has kind of set in for these guys pretty good, giving a pretty good window to get some big acres cut out,” said Tyler Nabors, a producer direct merchandiser for ADM Grain.

Despite the disappointing protein, optimism is high for what this high-yield and high-test weight product can do for local farmers, millers, co-ops and more.

“This is a really good deal in our time,” Kelln said. “It’s a bright spot in our local news and the farmers needed these high yields and it’s going to make them profitable this year. That’s always welcome.”