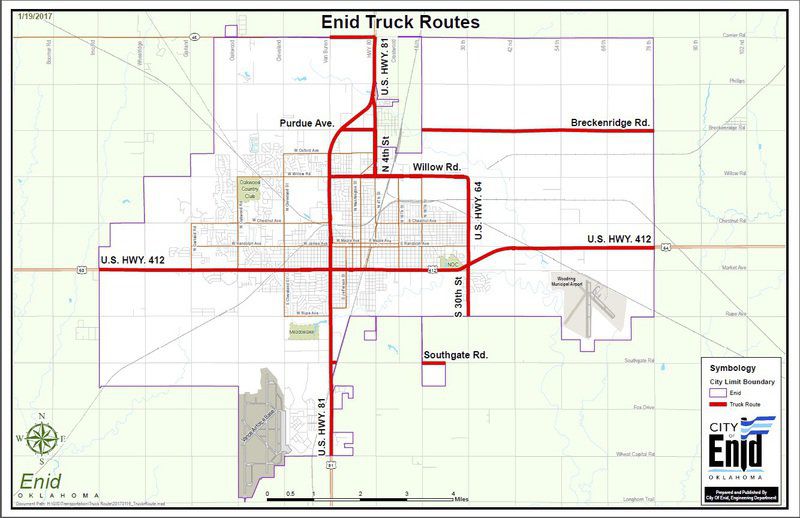 This map of the city of Enid truck route was updated in January of 2017. 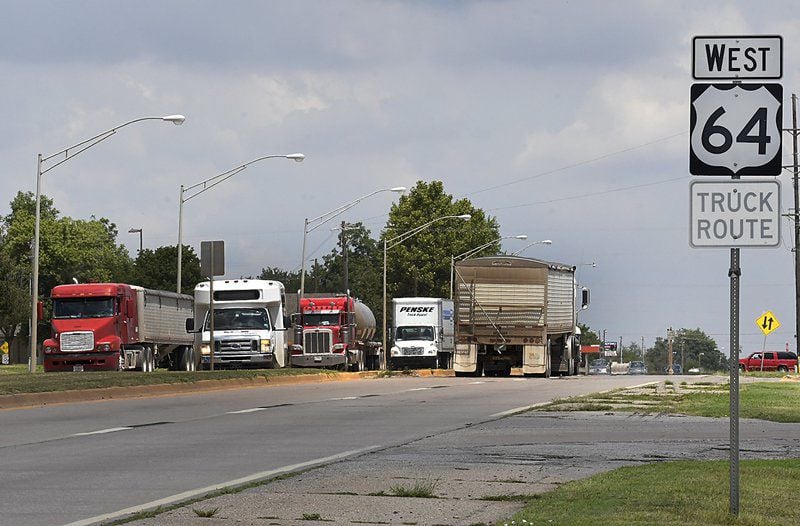 This map of the city of Enid truck route was updated in January of 2017.

"Trucks are absolutely allowed to be off the truck route to make their deliveries; however, they are required by ordinance to stick to the shortest, most direct route to their delivery location when leaving and coming back to the truck route," he said. "State law, and city ordinance, define a truck as any vehicle manufactured, used or maintained specifically for the purpose of carrying property, with exceptions for buses, emergency services vehicles, utility service vehicles, farm equipment."

He said traffic officers will enforce the truck route ordinance for vehicles that fit the above definitions, or those that have three or more axles.

The sergeant said there has been a marked increase in truck traffic outside of the designated route. He said that was partly due to one of the designated roads being removed from the route and drivers using outdated maps for the truck route. As of January, Grand was no longer being maintained by the state of Oklahoma.

"The state decided a few years ago they were no longer going to maintain Grand as a state highway," he said. Von Schriltz said Grand's status as a state highway was removed and the city of Enid removed it's truck route designation due to it becoming a street rather than a state highway.

A map of the most up-to-date truck route can be found at the city of Enid website enid.org by clicking on the residents tab and selecting truck route map.

Rains is police and court reporter for the Enid News & Eagle. He can be reached at crains@enidnews.com.