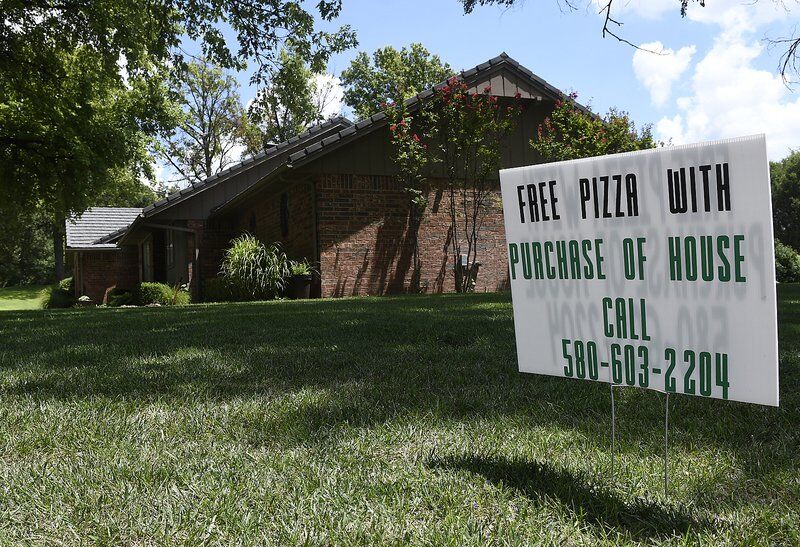 This house is for sale on Bob White Lane. Enid has been ranked in top 10 places to sell a home in Oklahoma. (Billy Hefton / Enid News & Eagle) 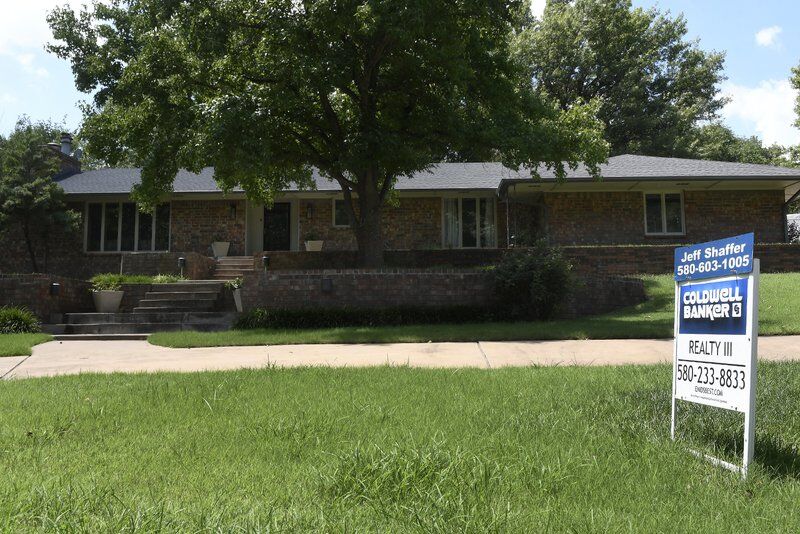 This house is for sale on Redbird Lane. Enid has been ranked in top 10 places to sell a home in Oklahoma. (Billy Hefton / Enid News & Eagle)

This house is for sale on Bob White Lane. Enid has been ranked in top 10 places to sell a home in Oklahoma. (Billy Hefton / Enid News & Eagle)

This house is for sale on Redbird Lane. Enid has been ranked in top 10 places to sell a home in Oklahoma. (Billy Hefton / Enid News & Eagle)

Low interest rates, a backlog of business and a healthy dose of cabin fever from the COVID quarantine all are driving up home sales in Enid, local realtors report — part of a surge in home sales that recently pushed Enid into the top 10 places to sell a home in Oklahoma.

New York-based financial analysis firm SmartAsset recently ranked the "easiest places in Oklahoma to sell a home," with Enid coming in the No. 10 spot. The report was part of a "comprehensive study on the healthiest housing markets in the country," according to a press release.

Six of the top 10 cities in the SmartAsset report are in the greater Oklahoma City metro area.

Tom Andrew, broker and owner at Andrew Real Estate, said he was not surprised by Enid making it into the top 10, and said housing sales have been brisk.

"Right now, our market is doing really well, and we have been super busy in the last several months," Andrew said.

He said sales are being driven by record-low interest rates, which make it cheaper and easier for buyers to borrow money for home purchases. Andrew said it's unlike anything he's seen in past years.

"When I first started in real estate, the interest rate dropped below 10%, and people were just amazed," he said. "They were coming off 15% variable rates and thought 9.75% fixed was incredible."

Now, Andrew said many borrowers with good credit are seeing interest rates below 3%.

Since Jan. 1, homes in Garfield County have been selling after an average of 65 days on the market, compared to 82 days for the same period last year, according to figures provided by Andrew.

Shaffer said multiple offers are being made on homes more often than usual. Like Andrew, he credited the brisk business to low interest rates.

"Even with oil and gas struggling right now, and things in the agriculture market down, people still seem to have expendable income, so why not take advantage of some historic low interest rates," he said. "It just makes sense to purchase right now, if you have the ability to do it and the desire."

In addition to low interest rates, Shaffer said some people just want to upgrade after spending weeks quarantined with the kids, or working from home.

"People were closed in their homes," Shaffer said, "and I think we have decided some of our homes are a little too small, and it’s time to upgrade."

Greg Jensen, broker at Jensen Hurley Realtors, said homes are "definitely moving right now," as realtors catch up on a backlog of sales from when COVID-19 had things shut down in April to June.

Jensen said the current environment is unique in that it's neither a buyer's market or a seller's market — it's good for both right now, he said.

"It’s kind of good for everyone, because the interest rates are so good," Jensen said. "Buyers aren't having to pay more than houses are worth, and sellers are able to get within 95% to 98% of their asking price."

To view the full SmartAsset report and methodology, visit https://smartasset.com/mortgage/mortgage-calculator#oklahoma/ease.