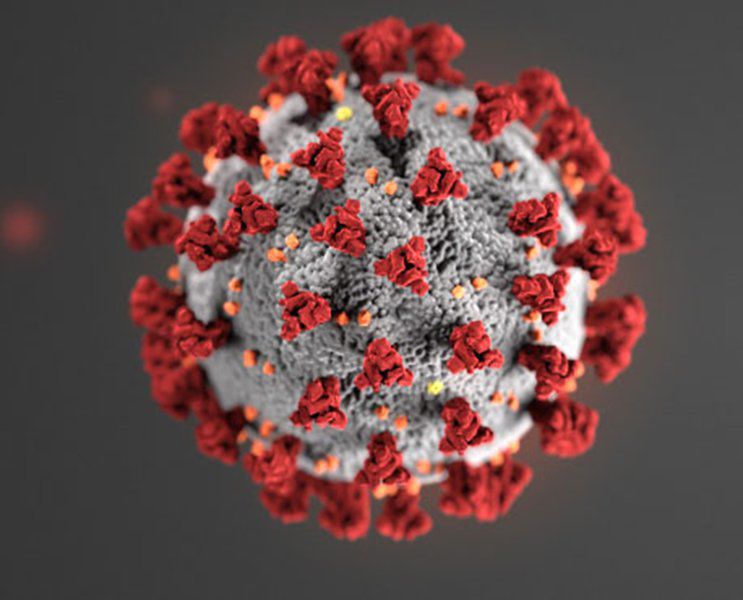 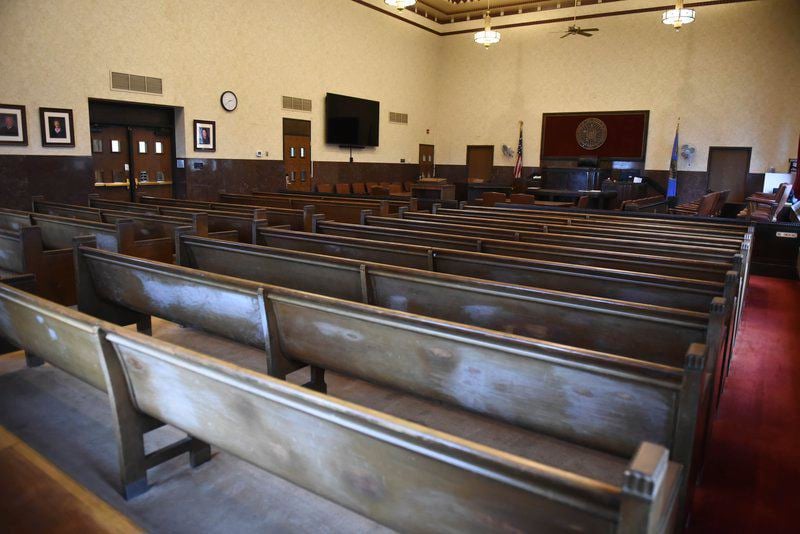 An empty courtroom is shown Tuesday at the Cleveland County Courthouse.

An empty courtroom is shown Tuesday at the Cleveland County Courthouse.

NORMAN, Okla. — The Cleveland County Court Clerk's office and District Courts will not allow public access to its offices at the end of business Monday following employees who have tested positive, a court order reveals.

“We heard about the first one yesterday (Sunday) and then this morning before everyone came in, everyone went and was tested. These were not employees who were interacting with people coming in for marriage licenses. These were people who were completely separate from the public. It lets you know that really, you can pick it up anywhere.”

Chief District Judge Thad Balkman said the court has enacted its Phase III which further restricts the public at the courthouse.

“We felt like we reached the point where we needed to implement Phase III of our COVID emergency plan and we filed an order today implementing Phase III which essentially said we will not be handling any business whatsoever at the courthouse.”

“If people need to get emergency guardianships or protective orders, they will be able to do that contacting the judge's offices directly either through email or phone,” Balkman said.

Williams said no marriage licenses will be issued, a procedure which is done in person, during the Phase III restrictions. However essential staff such as the clerk and supervisors will remain in the office answering calls and emails.

Previously the court enacted restrictions that allowed people to access the courthouse using iPads for essential court proceedings and before appearing before the Cleveland County Court Clerk for marriage licenses.

It was clear to Balkman those restrictions were not enough.

Phases I and II were issued by the court on March 16 and 23 and have gradually imposed restricted public access to the court. Jury terms, including a death penalty case that was to be heard in April was postponed. However on April 3, the jury term for June 8 to 19 was stricken and a reset had not been determined.

ENID - The Service for Larry Jay Smith, 69, of Enid will be 2:00 p.m. Wednesday, May 27, 2020, at the Ladusau-Evans Chapel. Burial will follow in Memorial Park Cemetery under the direction of Ladusau-Evans Funeral Home.

The services celebrating and honoring the life of Robert "Bob" Hoppe, Sr., 92, of Enid, are pending under the direction of Brown-Cummings Funeral Home. Condolences may be made to the family online at www.Brown-Cummings.com.