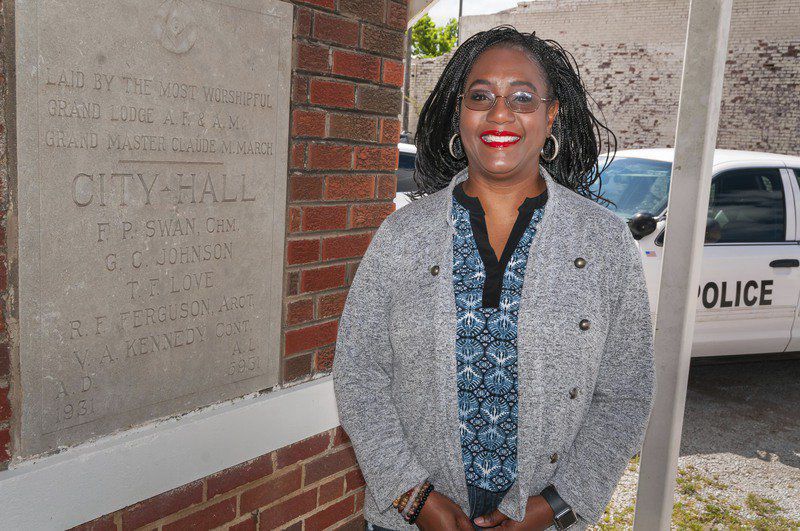 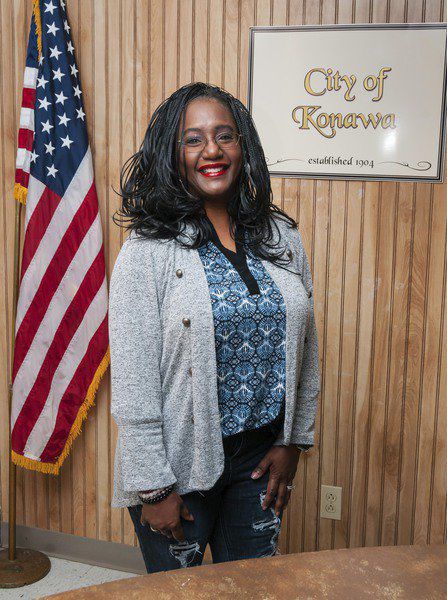 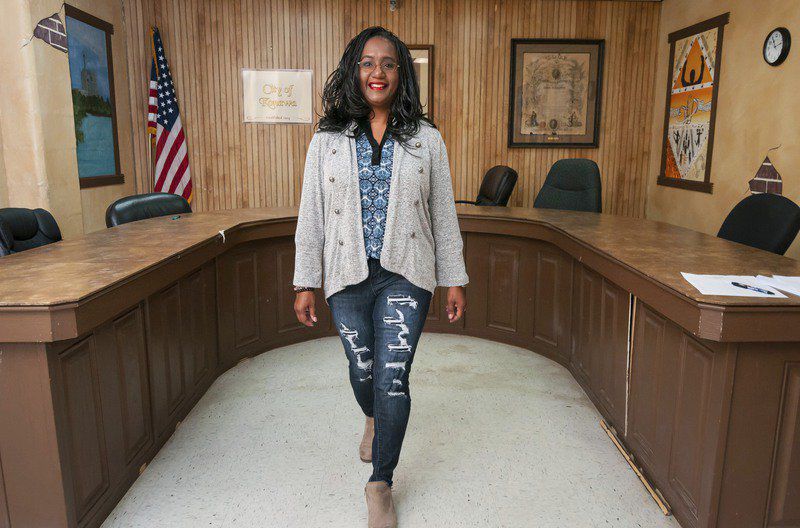 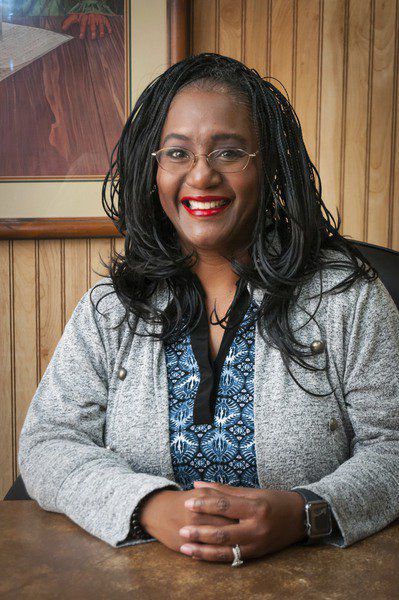 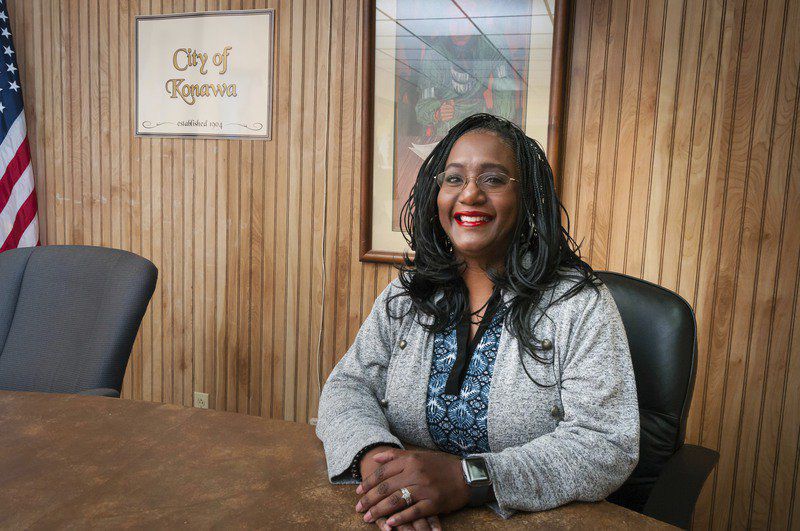 ADA, Okla.— Five years ago, concerned about a lack of representation in her ward, Jalean Hamilton approached the Konawa City Council about the possibility of her filling her ward’s empty seat on the council. Today, she’s the newly elected mayor of Konawa — the first African American woman to ever hold the position.

“It feels pretty amazing,” Hamilton said. “The fact that probably 50 years ago I would have had to have come in the back door and wouldn’t even have been able to sit at that table, much less be the mayor. It’s pretty amazing and awe-inspiring. My grandma used to clean city hall. I’m sure she would be very proud of me today.”

Born and raised in Konawa, Hamilton said the first priority on her agenda will be dealing with town’s ongoing water issues — a daunting task, given the condition of the town’s water lines. Konawa has been plagued with water leaks and outages for years. Hamilton said she believes it would take several million dollars to completely resolve the town’s ongoing water issues.

“To completely solve our problems we would ultimately need a new water treatment plant and all new lines running into our town,” Hamilton said. “But, right now, the guys are doing a really good job. We’ve got water in our water tower, and we haven’t had that in a few years. They’re putting new lines in and they’re working on getting the wells that they’ve been drilling online. I would say the biggest part (of the progress made) is they’re being more proactive so they have to be less reactive.”

Economic development runs a close second to solving the water problem on Hamilton’s list of priorities.

“We’re trying all the time to get new businesses,” she said. “There’s an economic development group that meets and they’re constantly brainstorming and meeting with organizations and other businesses about coming in and opening businesses up. They’re still actively brainstorming and working on trying to get us a grocery store.”

Hamilton, who graduated from Konawa High School in 1987 and now serves as a teacher’s assistant at Konawa Elementary School and as the middle and high school cheerleading coach, said she also hopes to inspire more people to get involved in Konawa’s governance.

“We have not had a full council since (former City Councilor Tiffany Burton) passed away, I guess it’ll be three years now,” Hamilton said. “That’s something I would like to work on changing, is getting more people interested in the council.”

Ultimately, Hamilton’s passion for the town itself could be her greatest strength when it comes to convincing people to serve.

“Konawa is a small town with a big heart,” Hamilton said. “You have your good and your bad, but the good tends to outweigh the bad.”

ENID -The Mass of Christian Burial celebrating the life of Bernardino "Bernard" Navarro, 53, of Enid, is pending under the direction of Brown-Cummings Funeral Home. Condolences and Special Memories can be shared online at www.Brown-Cummings.com.

The services celebrating the life of infant Niklaus Dean Wedel, of Garber, will be 3:30 p.m. today in the Memorial Park Cemetery with Pastor Gene Spillman officiating. Condolences may be shared with the family online at www.Brown-Cummings.com.