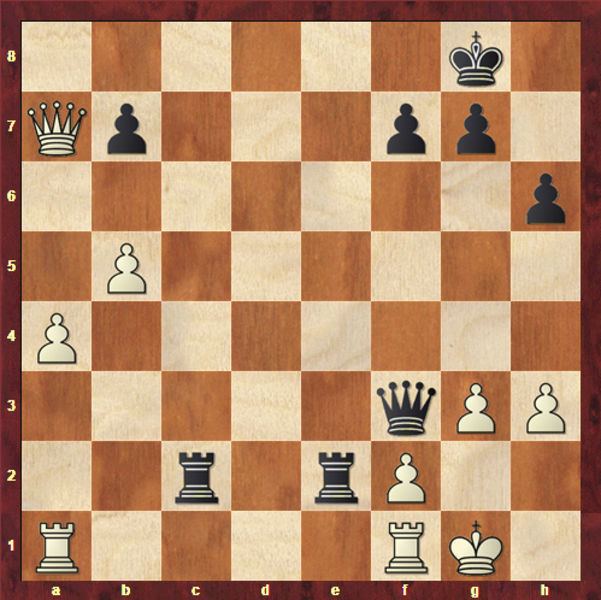 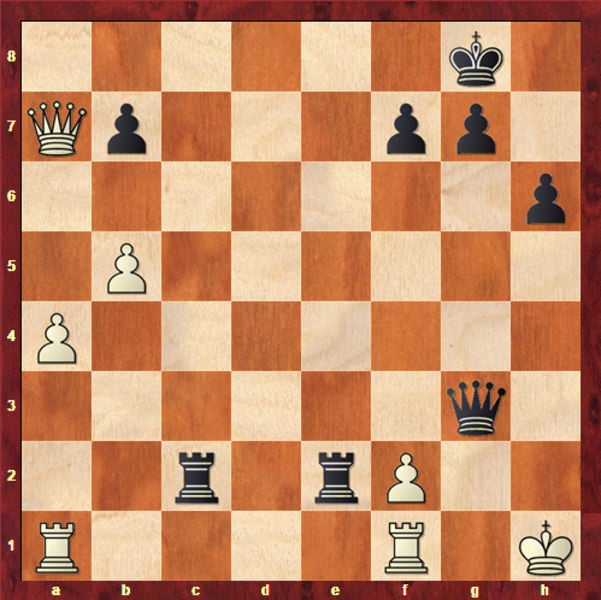 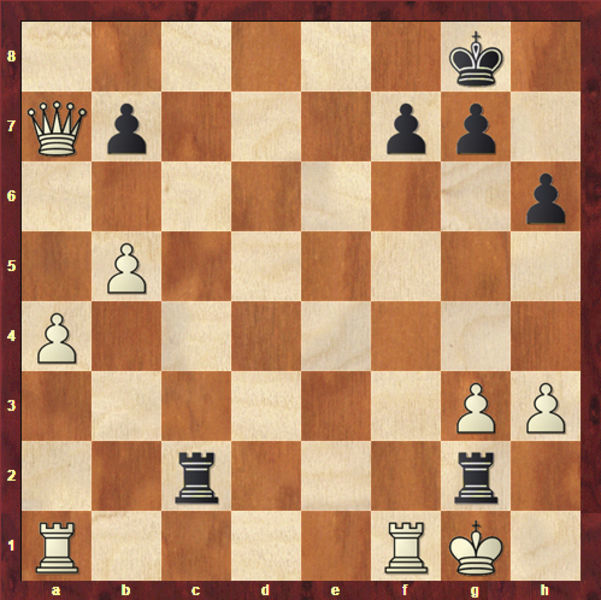 Connected rooks on the 7th or 2nd rank are called pigs. This is because they gobble up everything in their path. With this hint in mind, please try to find white’s best move.

White’s f2 pawn and square is a pressure point. Black’s pieces target that square and pawn, while white’s rook, queen and king defend that square. Black indirectly exploits that pressure by having its queen capture white’s g3 pawn with check.

If the white’s f2 pawn takes the queen, black’s rook checks from g2 (see next diagram).

This forces the white king to h1. Black’s rook then checks again from h2. The white king steps back to g1, as black’s other rook on c2 mates from g2.

Hence, after the black queen checks from g3, white’s king flees to h1. Now black’s queen does a little maneuvering. First, the queen snatches white’s h3 pawn with check. The king moves back to g1. The queen checks again from g3, forcing the king to h1 (see next diagram).

The queen next checks from f3. If the king goes back to g1, one of black’s rooks moves to the 4th rank so as to slide over to the “g” and “h” files and mate white with black’s queen and rook. If the king retreats to h2, black has simple option of bursting through on the f2 square and winning an overwhelming amount of material. Better, but not as simple it is for black to move its c2 rook to c3. The rook and queen form a mating battery on the 3rd rank, which does allow white to do a spite check with its queen.

The lesson this week is that connected rooks on the 7th or 2nd rank have a bite that is worse than their oink.