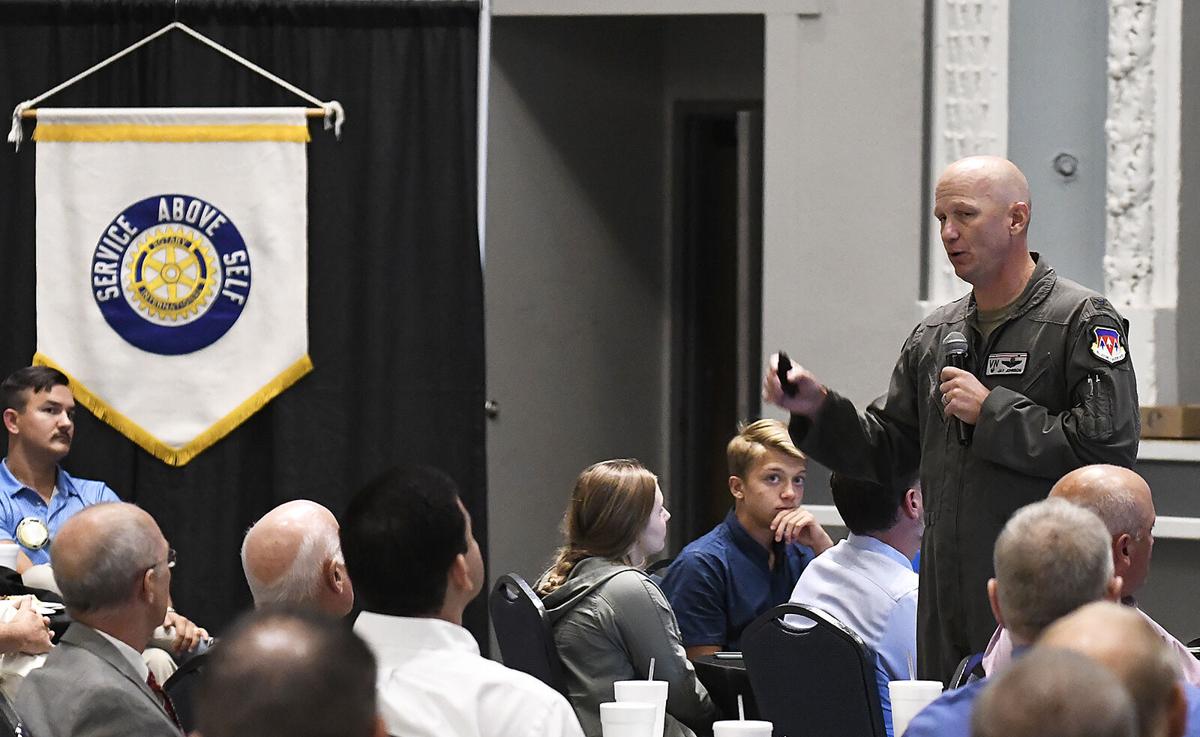 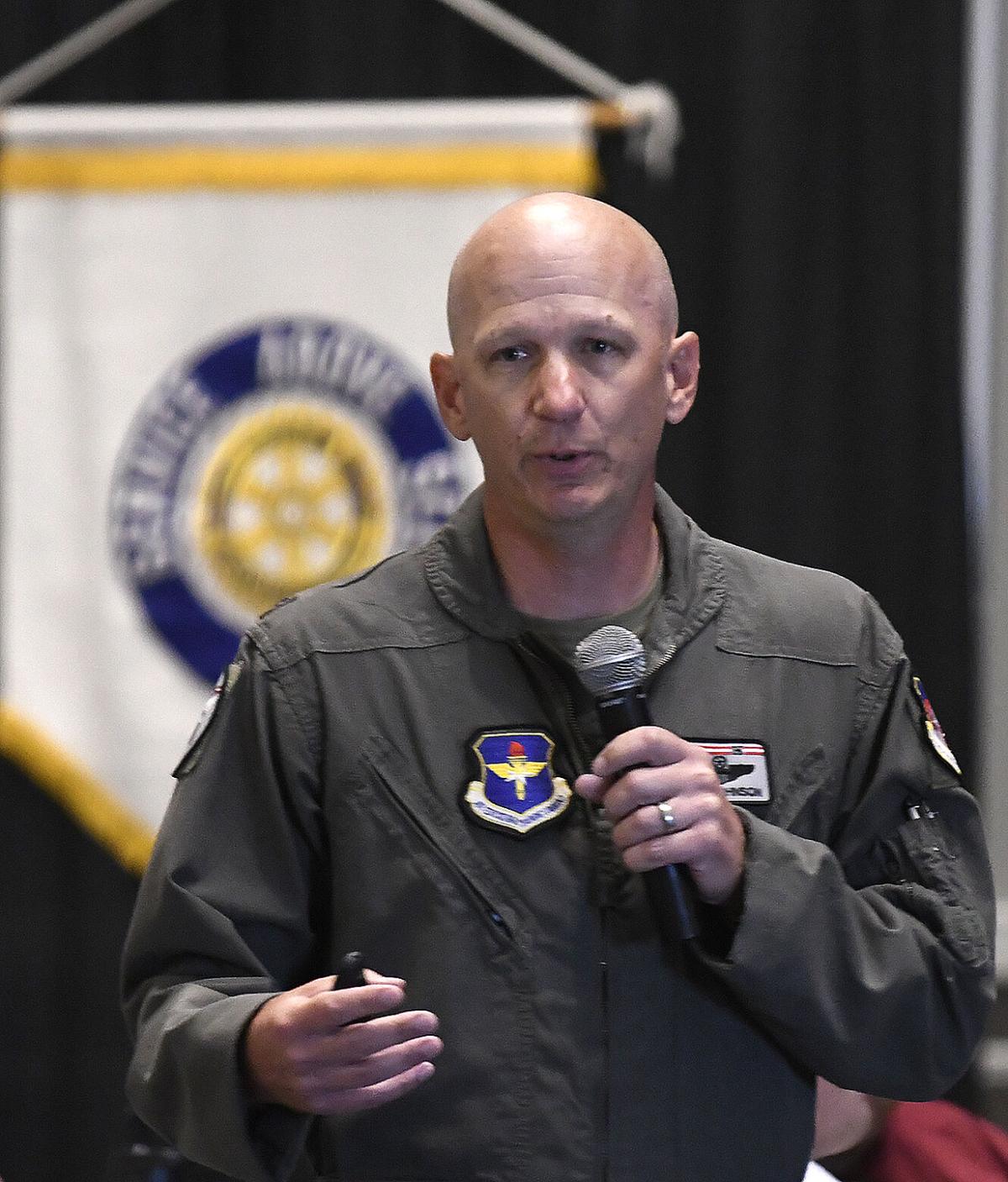 ENID, Okla. — Vance Air Force Base continues to be a small base with global impact.

As Vance turns out hundreds of pilots per year, base leaders remain loyal to their mission to deliver the world’s best pilots. Col. Jay A. Johnson, 71st Flying Training Wing commander at Vance, spoke to Enid Rotary Club members Monday, detailing the ways in which Vance remains the same and is changing, for the better.

“I can look you straight in the eye and tell you there is no one even close to our pilots. It is our job to keep that gap closed. It starts at Vance Air Force Base,” Johnson said. “All of those C-17 missions you saw coming out of Afghanistan, one-third of those people came out of Vance Air Force Base. We are doing absolutely incredible things to make sure we keep our advantage on the world stage. We are working hard to do that every day.”

Pilots needed in today’s world are very different than those trained during World War II, Johnson said. Much of what a pilot does now is about information and automation management, and battlefield awareness, as much as it is about physically flying an airplane, he said.

“What we ask them to do in the planes is very different than what it used to be,” Johnson said.

Vance was the first Air Force training base to utilize the training program — Undergraduate Pilot Training 2.5.

When student pilots at Vance received their wings in May 2021, Gen. Jacqueline Van Ovost, commander of Air Mobility Command, was speaker and commented on the program’s changes.

“Students are learning things in UPT 2.5 that many pilots in my era didn’t learn until they were flying missions in an operational aircraft,” Van Ovost said. “If I could trade places with these young pilots, I would. It is such an exciting time to be in the Air Force.”

Trainees now are becoming Air Force pilots in seven months, instead of one year, Johnson said Monday. Student pilots are given early access to learning content with immersive technology. The student-centered learning program gives each pilot an iPad with the learning materials.

“We can take better advantage of the time in the airplane, because they have already absorbed the material,” Johnson said. “I am extremely comfortable with making an Air Force pilot in seven months.”

Pilot trainees are treated like student athletes with a comprehensive readiness training in a human performance lab on base, he said. The HPC lab employs dietitians, cognitive specialists and strength and conditioning coaches to help students.

Students lead part of instruction and are able to develop their profiles, Johnson said, while playing to their strengths and having more responsibility.

Vance will graduate around 485 pilots this year, well over the 370 usually trained. Next year, Vance will go back down to 370. This number discrepancy occurred in the shift between traditional pilot training and UPT 2.5, Johnson said.

“Chief (Chief Master Sgt. Kristy) Earls (71st FTW command chief) and I work every day to develop these young airmen, to make sure they are officers first and pilots second,” Johnson said. “The same thing goes for all of our enlisted folks across the base. We want them to be good at their jobs, but we also want them to be good stewards of this community as well.”

Vance’s culture is largely demonstrated through community. For many young lieutenants, Vance may be their first base, Johnson said.

“The goal is to show them what rite looks like,” he said. “That is not just flying airplanes and their daily job, but it is also interacting with the community and being a good community member as well.”

Airmen at Vance don’t just serve here. The base has around the world all of the time, Johnson said. Currently, there are 26 people deployed assisting Afghan refugees.

The funeral for Tonya Tyau is Friday, September 24, 2021 at 2:00PM in the Henninger-Hinson Chapel. Visitation is Thursday evening from 7PM-5PM.

Peggy O. Westfahl, 88, of Enid, passed away September 21, 2021. Cremation arrangements are under the direction of Ladusau-Evans Funeral Home.